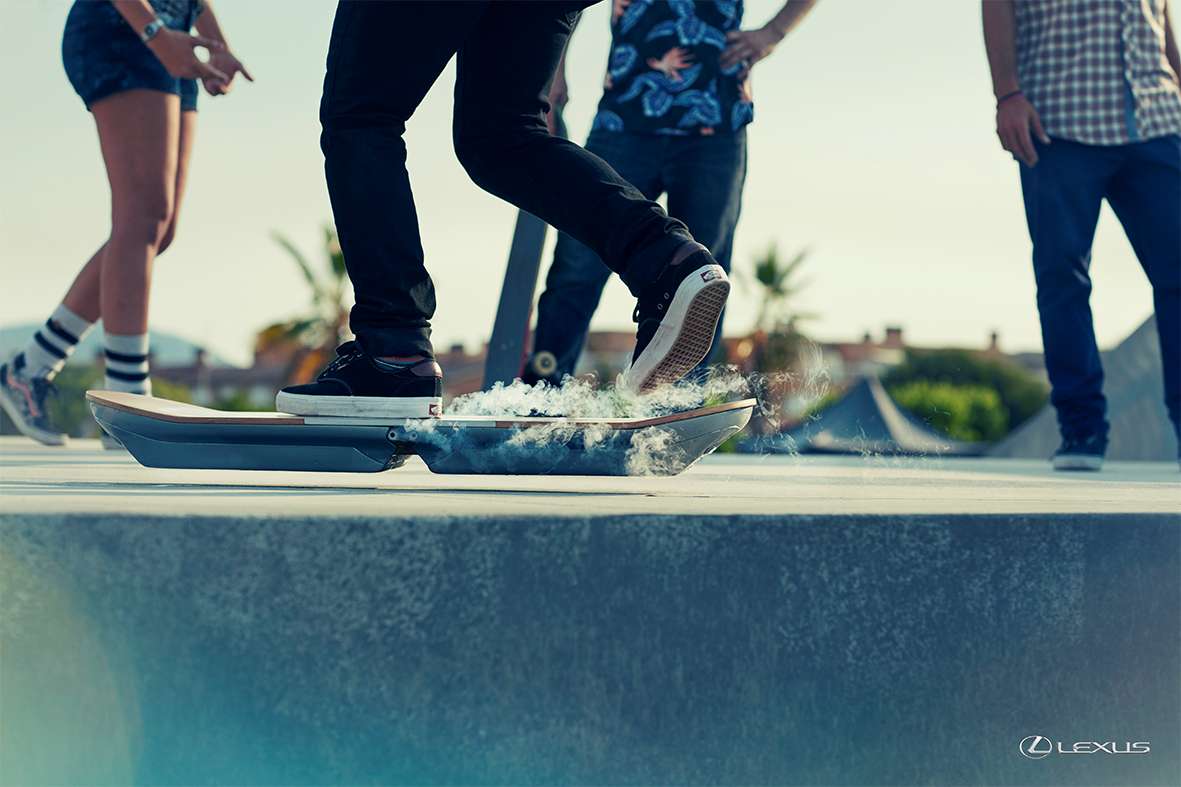 Following the unveiling of the Lexus Hoverboard in June with a teaser trailer, the company has just released a brand new trailer for the hoverboard from a film shoot which took place in Cubelles, Barcelona.

Mark Templin, Executive Vice President at Lexus International said: “Embarking on this project, we set out to push the boundaries of technology, design and innovation to make the impossible possible. With this project we call ‘SLIDE’, we collaborated with partners who share our passion for creating enjoyment out of motion. Even through combining our technology and expertise, we discovered making a hoverboard isn’t an easy process. We’ve experienced the highs and lows and have overcome a few challenges, but through mutual determination we have created a demonstration of our philosophy in design and technology to create Amazing in Motion.”

The Lexus Hoverboard project began 18 months ago through a collaboration with a team of scientists from IFW Dresden and evico GmbH, who specialize in magnetic levitation technology. Following extensive testing with pro skateboarder and hoverboard test rider Ross McGouran, in Dresden, Germany, the team were determined to push the hoverboard to its limits and conduct further tests within dynamic surroundings.

“I’ve spent 20 years skateboarding, but without friction it feels like I’ve had to learn a whole new skill, particularly in the stance and balance in order to ride the hoverboard. It’s a whole new experience,” said pro skateboarder and hoverboard test rider Ross McGouran.

Since the Lexus Hoverboard was unveiled in June, testing has been carried out in a specially constructed hoverpark, combining elements from skate culture with technology within its architecture. Up to 200 meters of magnetic track was transported to Barcelona from the Dresden facility to lay beneath the hoverpark surface in order to create the dynamic test, offering Lexus the opportunity to demonstrate tricks no skateboard could ever perform, like travelling across water. Lexus has captured the final ride footage and released it as a film led by award winning director Henry-Alex Rubin.

The Lexus Hoverboard technology features two “cryostats”—reservoirs in which superconducting material is kept at -197 degrees through immersion in liquid nitrogen. The board is then placed above a track that contains permanent magnets. Dr. Oliver de Hass, evico CEO, said: “The magnetic field from the track is effectively ‘frozen’ into the superconductors in the board, maintaining the distance between the board and the track—essentially keeping the board hovering. This force is strong enough to allow the rider to stand and even jump on the board.”

Now all we need is the Nike self-tying trainers and we can all be Marty McFly!