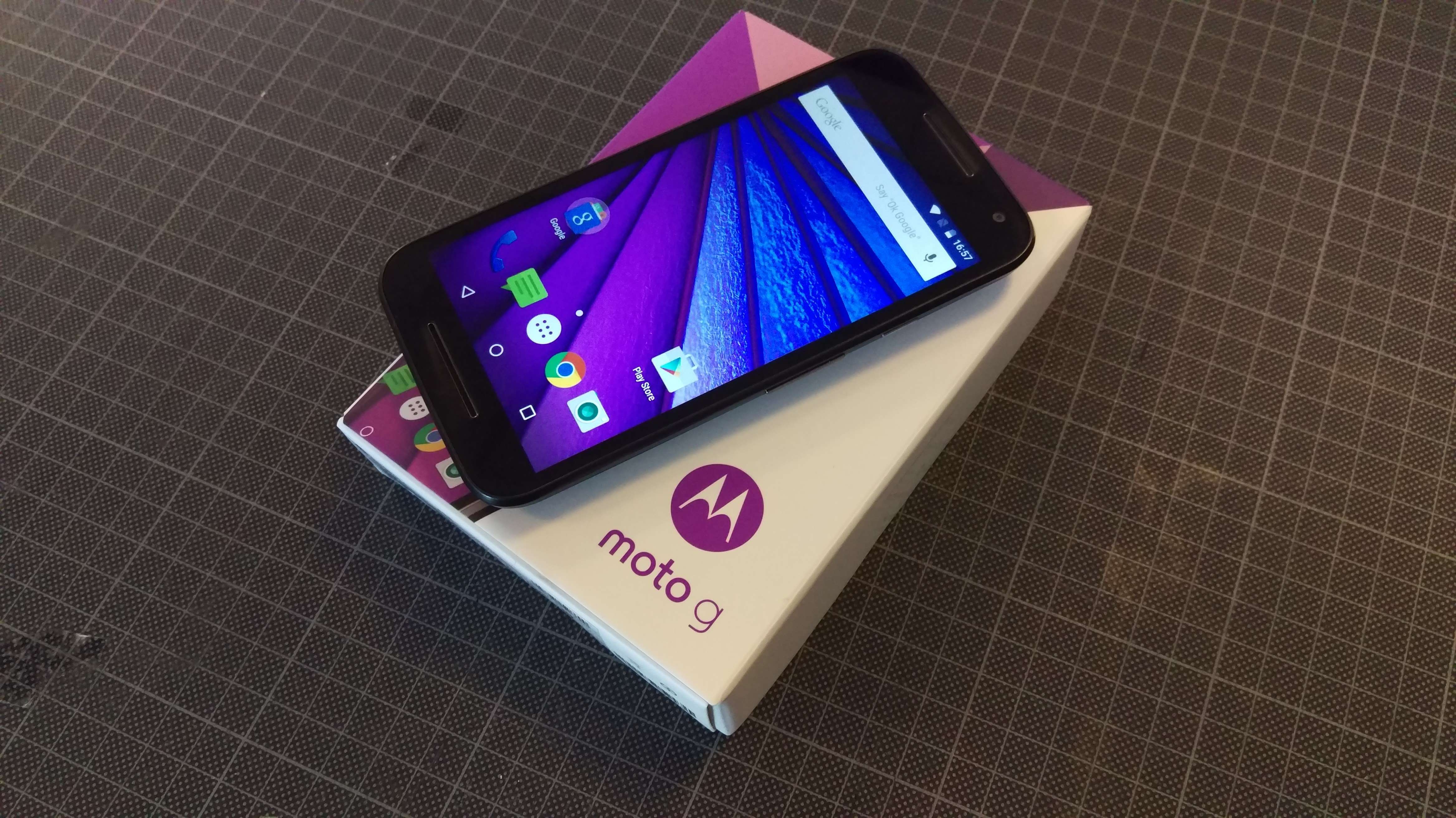 It’s only been a couple of weeks since Motorola took the wraps of their 3 newest phones including the Moto G but we were lucky enough to be given one to test out over the last few days. This year’s Moto G is a direct successor to last year’s model but has some impressive tech improvements across the board. Being Motorola’s entry level handset and their most wallet-friendly phone, is the Moto G worth your hard-earned cash? Read on to find out! 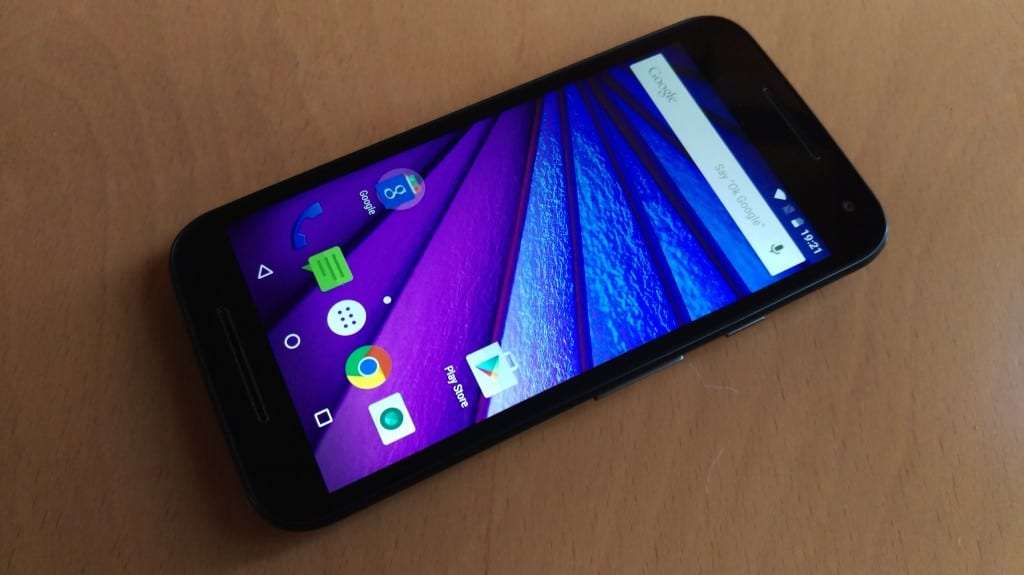 The Moto G’s design can be seen as an evolution of last year’s model with some improved features. This year’s edition is even more ergonomic in the hand and has a nice weighted balance to it. The camera module has received a little design tweak which we think makes the device look that bit more premium and overall, we like the look of this year’s edition of the Moto G. 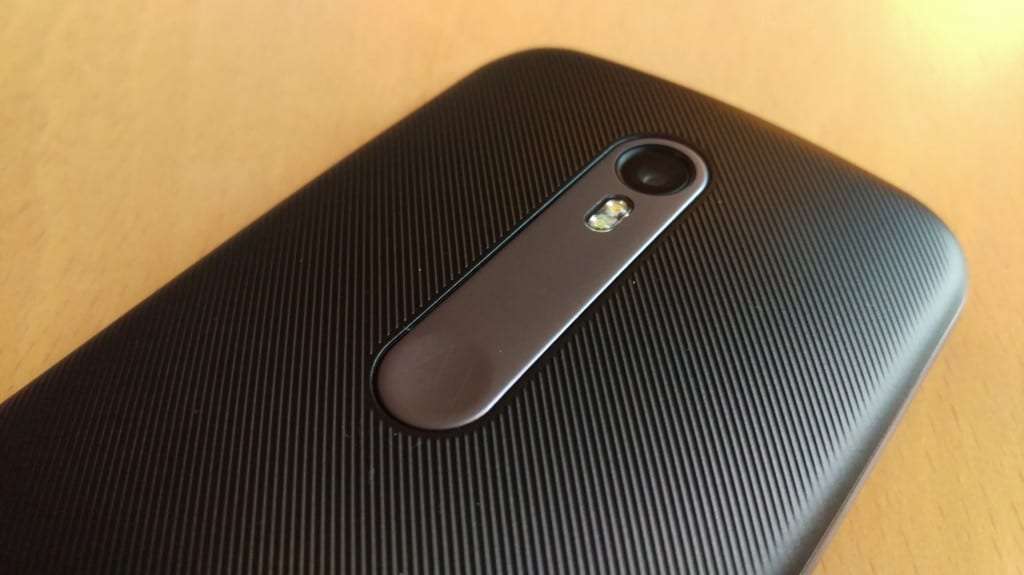 What looks like more and more of a trend in top tier smartphones these days, waterproof handsets is becoming a must have for accident-prone smartphone owners. Surprisingly, for the Moto G, being an entry level phone, Motorola has decided to add IPX7 waterproofing which means the phone can withstand being placed in 3 feet of water for up to 30 minutes and still work afterwards. 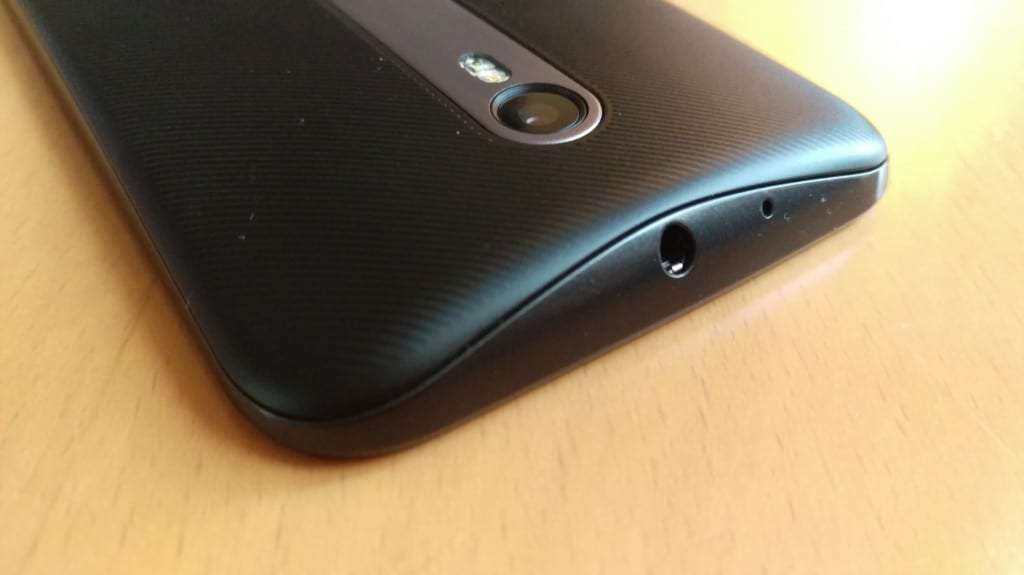 The Moto G 2015 has the same screen as last year’s model but that is definitely not a bad thing. at 5″ and 720p, you get a PPI of 294 which is more than enough for every day web browsing, text reading and overall general use. The viewing angles are also very good and it can handle direct sunlight quite well. 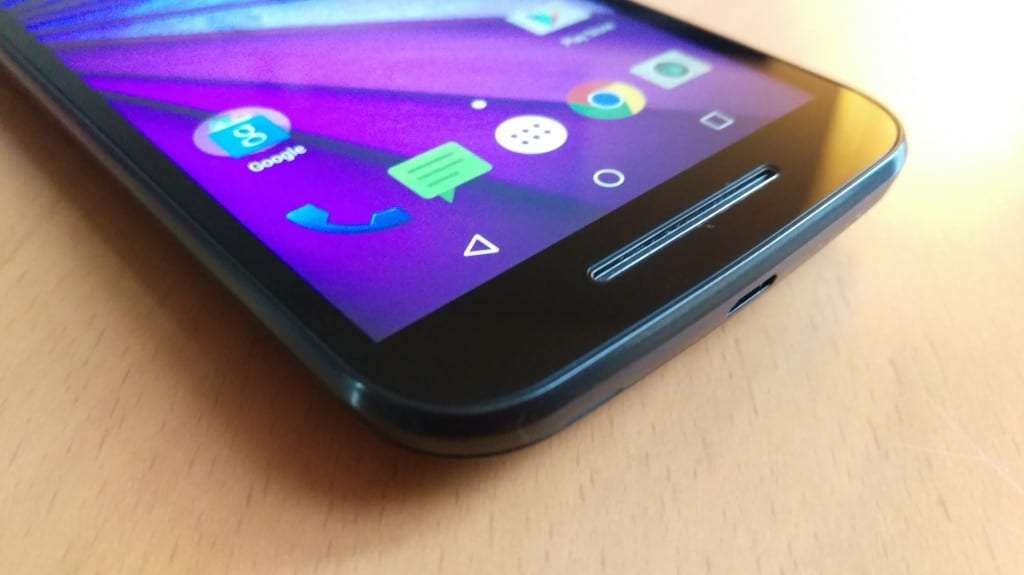 Running Android 5.1 Lollipop, the Moto G is right up there with all the other new Android devices in terms of its OS version and Motorola have decided to keep things simple and give you a pure version of Android which seems to be the way more and more manufacturers are going.

There is though, the welcomed inclusion of Motorola’s own little handy software features such as the ‘double wrist twist’ to launch the camera app and the lockscreen preview functionality which all add up to a very user-friendly approach to interacting with your phone. Under the hood, there is 8GB of memory with the option to expand this via Micro SD card and there’s also 1GB of RAM. Admittedly, we would have liked to have seem more RAM for a 2015 phone but being the entry level device in Motorola’s line-up, we’ll let them off this time.

The Moto G’s 13mp camera is the exact same one that was used in last year’s Motorola Nexus 6 device which is a big surprise for such an affordable handset. On the front of the device, you get a more than capable 5mp shooter but as always, it suffers somewhat in lowlight conditions. 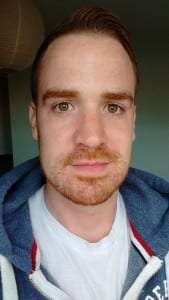 The rear facing camera though is extremely impressive and can capture great levels of details, some impressive HDR shots (which is part of the ‘auto HDR’ mode) and its low-light capabilities are also quite good as well. The autofocusing could be faster but given how easy it is to use the camera app itself, the overall experience of taking photos is straightforward and painless the majority of the time. 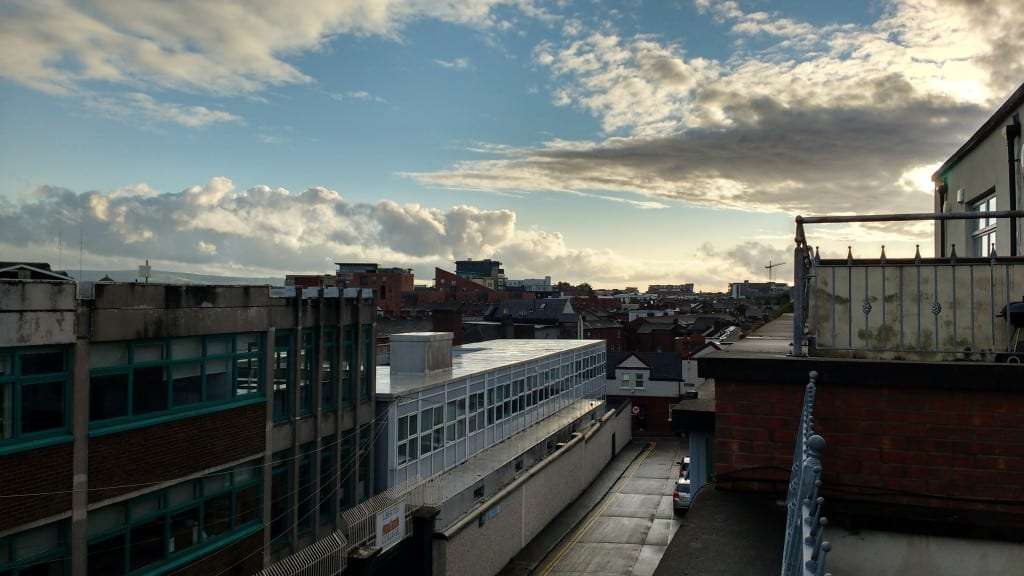 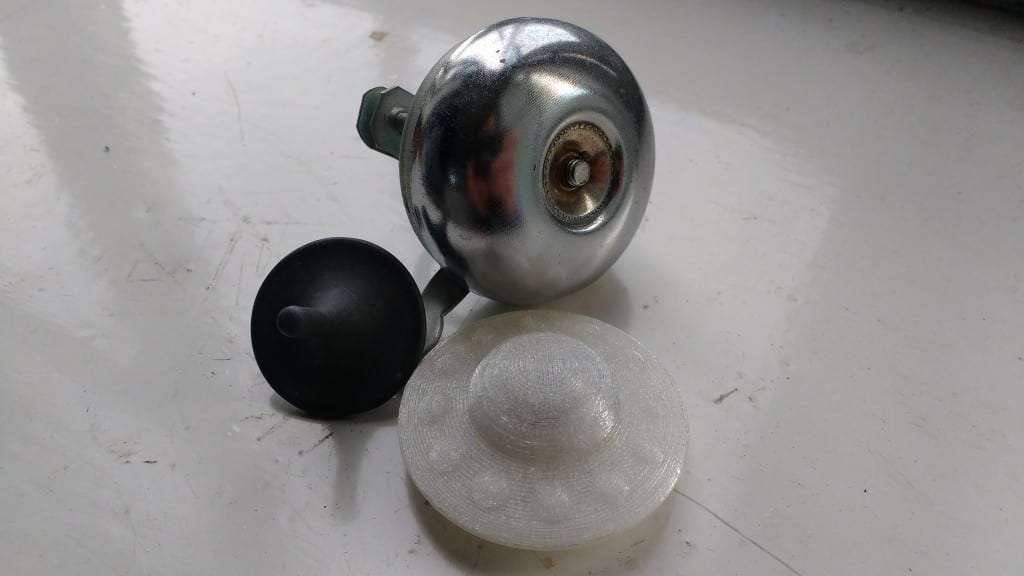 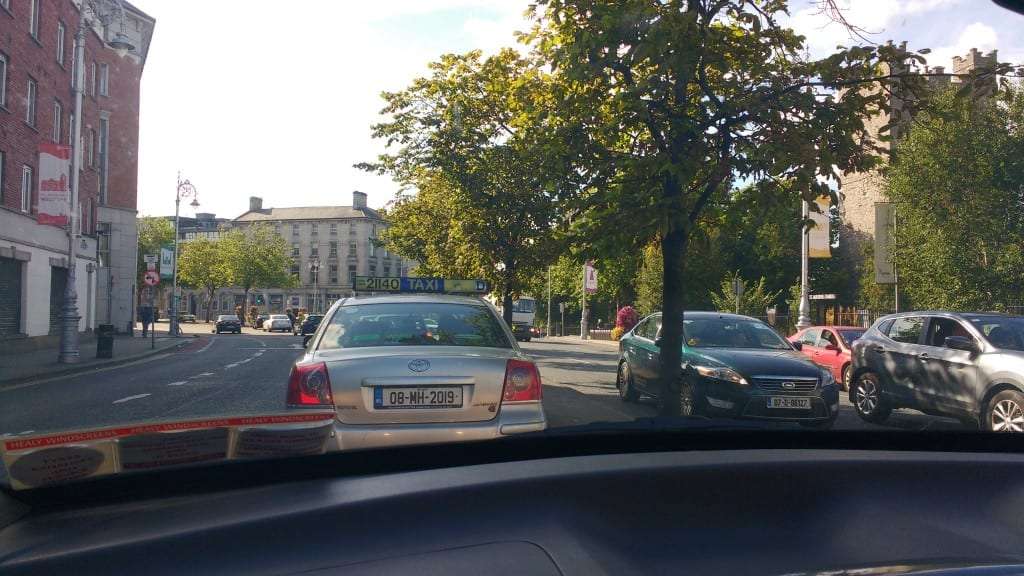 With a larger battery at 2470mAh, the Moto G is more than capable of lasting an average day of use. With its 720p display and clean implementation of Android Lollipop, the Moto G’s battery is definitely up to the task when is comes to the average smartphone user but heavy users may need to keep an eye our for power sockets once their day draws to a close.

The new Motorola Moto G, coming in with an RRP of €179 really is an impressive little device. With a nice sharp 720p display, clean and intuitive Android OS and surprisingly powerful camera, the Moto G finally shows that budget phones don’t need to come with compromises anymore.