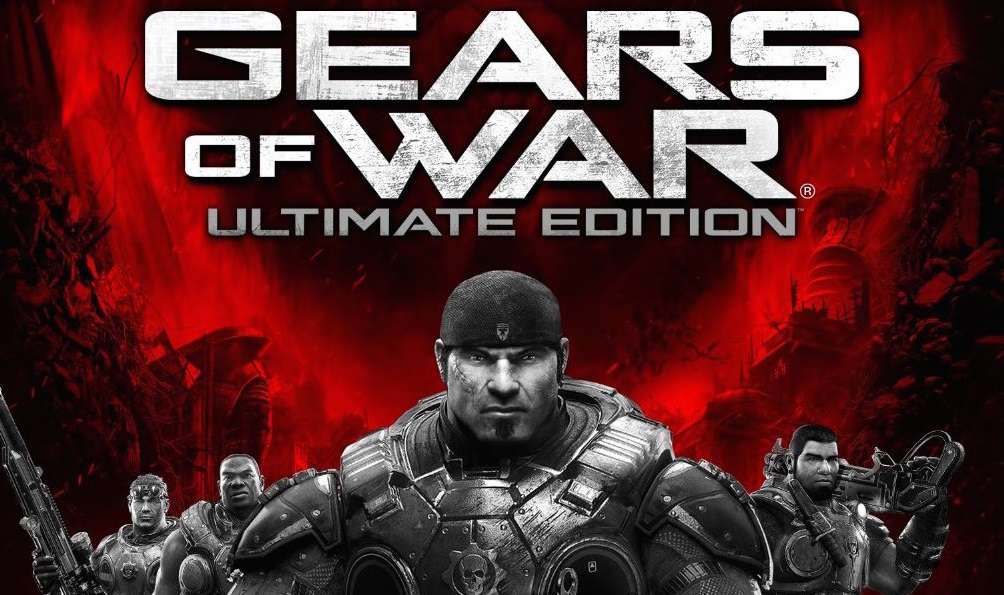 Gears Of War: Ultimate Edition review – A near perfect remake for Xbox One

Let me start this review by saying that I loved the original Gears of War back when it first launched in November 2006 and it took the gaming world by storm. The title set the bar really high for third person cover shooters. With Gears, Epic Games produced a masterclass of design and perfected the third person cover-based shooter.

Most video games, even the finest games, show their age over time, mechanics growing stale and visuals looking dated as the years go on.

Somehow, Gears of War is not one of those video games. Fast forward almost a decade later, however, and the game that started it all comes back, fully remastered, and proving that despite the years since its launch, Gears of War: Ultimate Edition is a celebration of that fact this isn’t true of all games. 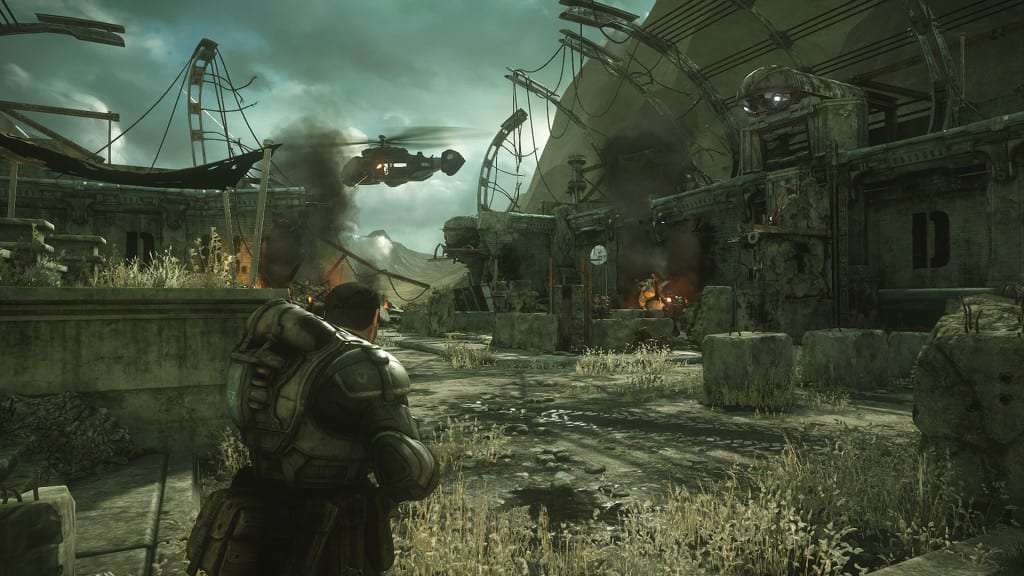 Make no mistake, this is the original Gears of War. The Ultimate Edition tagline is the indication of new things, as important or throwaway as they may be. The story itself is an exact duplicate of the original, with Dominic taking Marcus out of prison in order to help finish the fight.

The game’s co-op and multiplayer modes hold up in the remake, with smooth online play and short waiting times to get into a game. The multiplayer is back with all the maps, and a few new modes have been tossed in for good measure. The good news? As of launch day, the servers work and players are playing. It’s classic Gears of War multiplayer with a better look and a ton of very silly colored guns. The bad news? Horde Mode was an invention of Gears of War 2 and that means it’s not here.

Oh, and the addition of the bonus chapters originally only on the PC version allow for a more fleshed out arc, and adds to the well-sized campaign with some new missions. 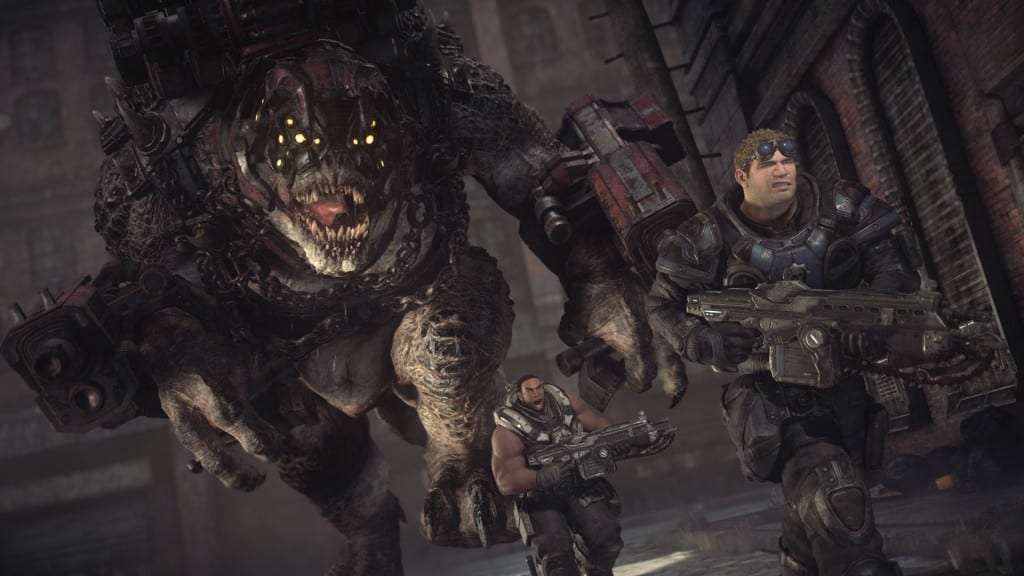 Where the remake really shines is the new things. As one would expect, the visuals have been updated, but the Coalition have really gone above and beyond with their other updates. A vast majority of the game’s assets have been completely rebuilt – character models, weapons, the lighting, textures, cinematic’s and so on. Even the motion capture was re-done to bring the animation up to speed.

All of the technical advantages combined with timeless gameplay come together to make each kill extremely satisfying. From landing a perfect headshot with a pistol that leaves your target decapitated, to decimating an entire squad of locusts with a frag grenade resulting in an explosion of gore and gibs, the visceral nature of Gears of War: Ultimate Edition’s combat is bloody, and entertaining. 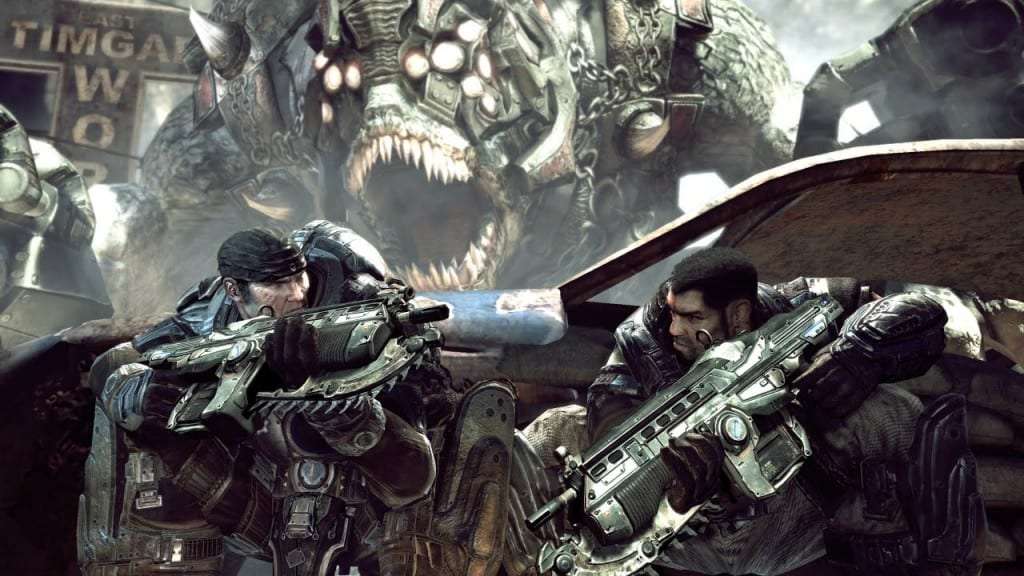 In terms of controls, a lot of small improvements made in the series over the years have found their way into the game. These include the ability to revive teammates while in cover and toggling weapons while dodging gunfire or running. Also, aim assist and haptic feedback appear to be a bit more responsive on the Xbox One controller.

The biggest plus point though, is the improved checkpoint system. There were some missions in the game where you would have faced an incredibly long and difficult firefight, only to get into a second encounter before the next save point. Dying meant repeating the whole section. The new checkpoints make some of the original’s more frustrating moments, such as finding yourself in a cramped maze evading a Beserker – a monster that can kill you in one hit – easier.

Should you buy this game? As it stands, Yes. If you own an Xbox One, it’s almost a no-brainer. The fact that you get the entire Gears collection for free and Gears of War 4 multiplayer beta access further sweetens the deal.

Next, this remaster stands as a really good pillar for the history of the third person cover shooter. Gears defined the medium for a while. It and Halo really defined the Xbox 360 generation andin fact, it’s a history lesson in gaming, and it’s actually fun to play in 2015.

Newcomers get to play one of the most influential games of last generation while old-timers can take stock of the slew of incremental yet important changes that make it worth playing through all over again.

Finally? The value here is tremendous, especially during the first holiday. If you play the title before December 31, 2015, you’ll be able to download Gears of War, Gears of War 2, Gears of War 3 and Gears of War: Judgment on the Xbox One. Each game is in 360 form, though, as this just unlocks the backwards compatible files for you to play.