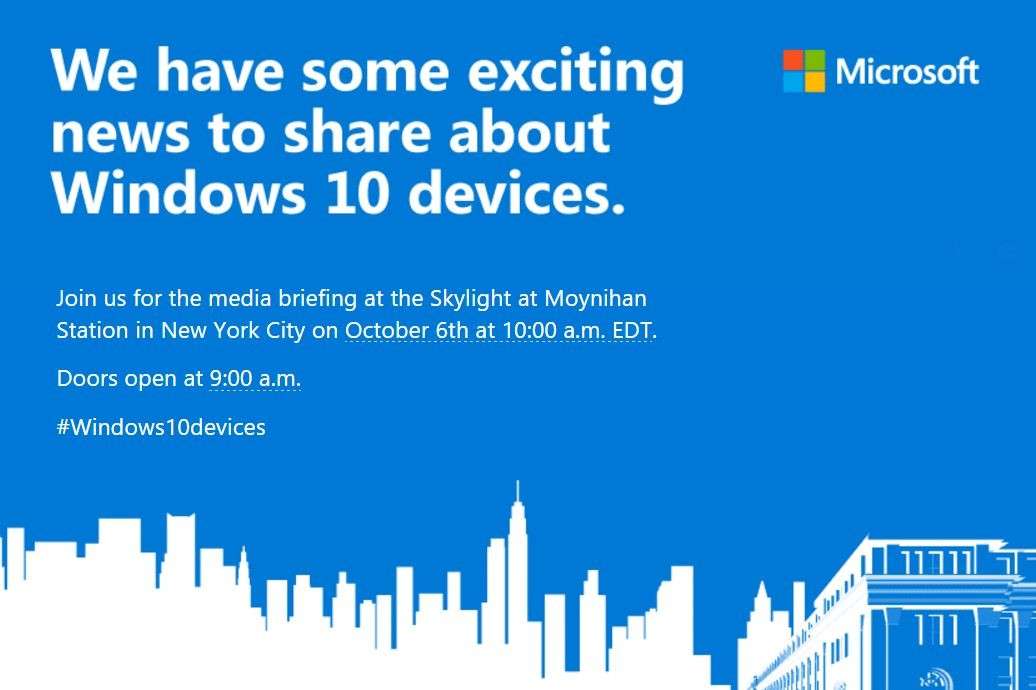 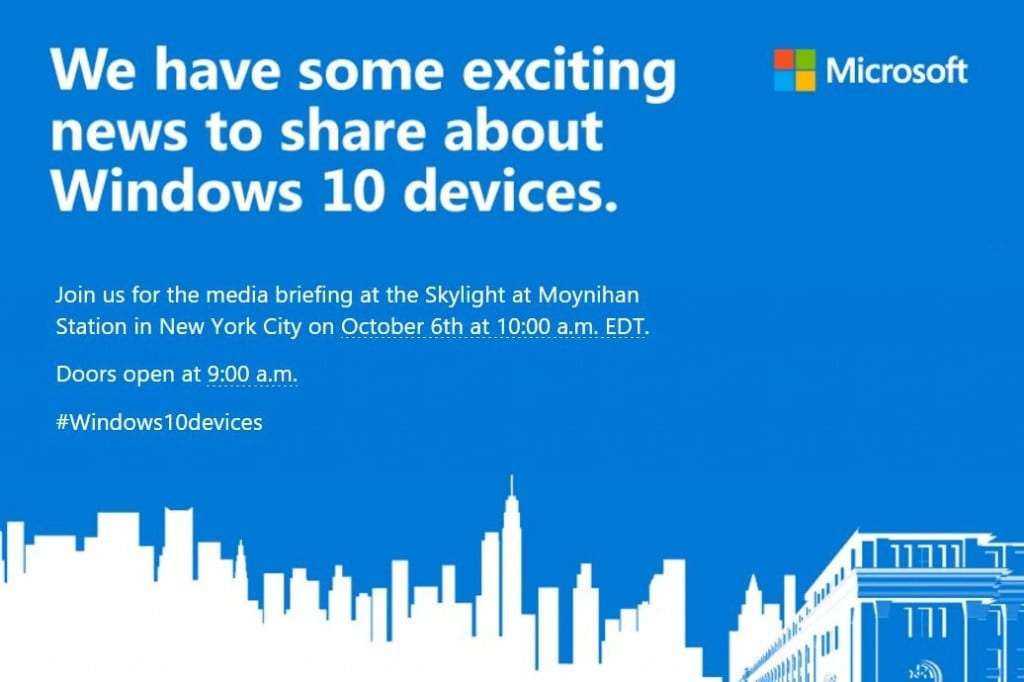 Microsoft has sent out invitations to the press for a media event on October 6th in New York City.

The invite doesn’t give too much away but there are a few products almost certain to be announced: The Microsoft Band 2, the Surface Pro 4 and two new Lumia devices, the 950 and 950 XL, codenamed Talkman and Cityman respectively.

Both Lumia devices have already leaked ahead of time, with what appear to be full press renders and specs appearing online. 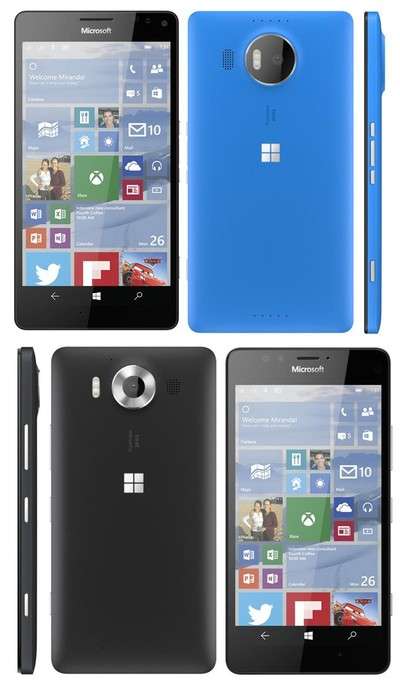 Of course Microsoft could have another surprise to wow us with but at least we can fairly confidently expect these products in a few weeks’ time.