So with its big-screen counterpart having taken the world by storm earlier this year, Avalanche Studio’s take on George Miller’s post-apocalyptic dystopia has finally been released into the wild. Simply titled ‘Mad Max’, this newest entry into the mayhem-filled universe from Miller’s mind has a lot going for it but some fear it might be more of the same. Is it any good? Is it worth your money? Read on to find out.

Much like this year’s Fury Road outing, Mad Max the game has a story that sees you lose those nearest and dearest to you along with your pride and joy, your car. In this narrative, your vehicle is like a extra limb and one you simply can’t survive without. Starting from the bottom up, along with your trusty companion, who is delicately named ‘Chumbucket’ *ahem*, you must scavenge the ravaged wasteland for bits and pieces to beef up your new ride all to hunt down the man who stole your old car from you in the first place. 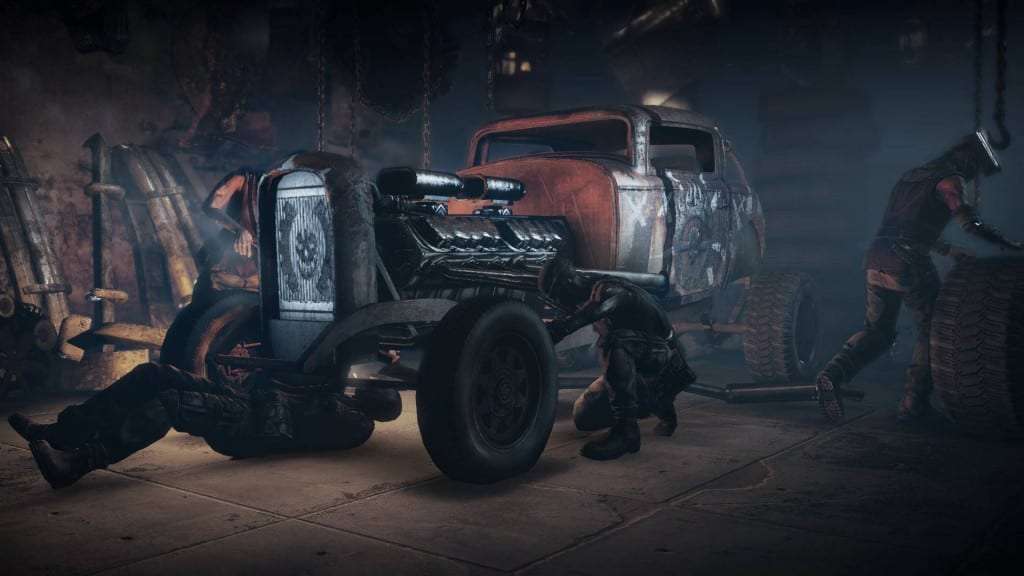 Admittedly, this story-line isn’t going to be winning any BAFTA gaming awards but it plays out perfectly for a character-development, or should I say, vehicular-development narrative.

After 5 minutes of playing Mad Max, I instantly felt it was like playing ‘Batman: Arkham Knight’ but in the desert. If you’ve read my review of Batman, you’ll know that’s quite high praise and for Avalanche to replicate many of the gameplay mechanics is definitely not a bad thing (albiet a little unoriginal.) 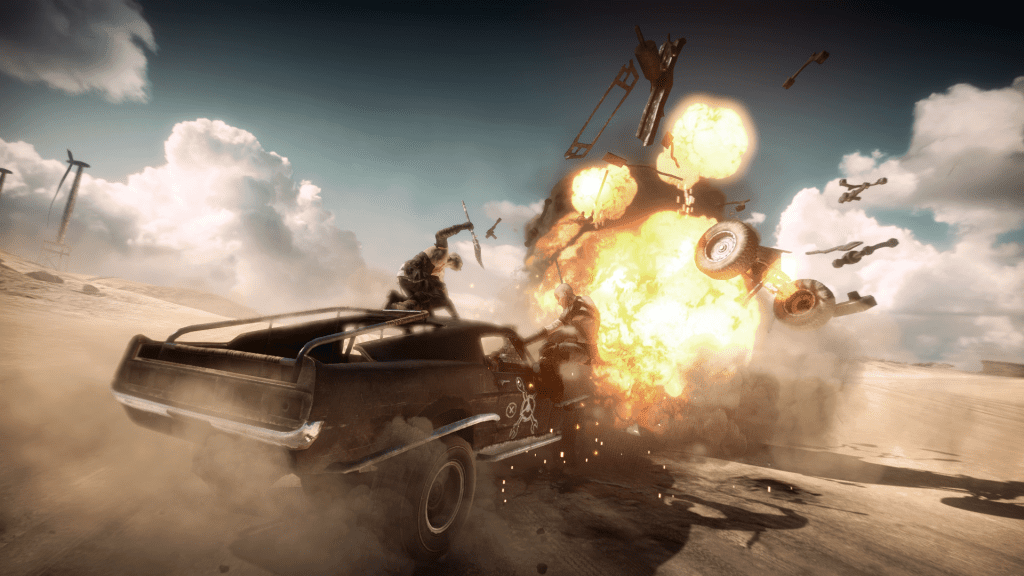 There are some tight and responsive fighting mechanics but where Mad Max really shines is its racing and ‘destruction derby’ style gameplay. As you gun it through the dusty outback, ramming and shunting cars full of thugs and lunatics, you can see the amount of effort Avalanche put in to make this game as similar to the carnage of its big-screen predecessors. The cars have weight and mass to them and the explosions are some of the best in any game we’ve played. 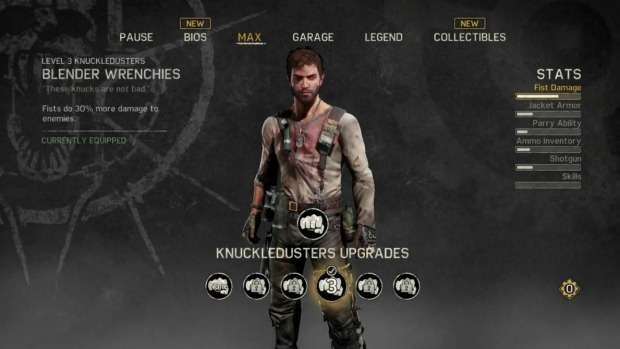 On the character and vehicle development side of things, it’s nice and straight forward, which, for me, is something I’m in favour of as it doesn’t get in the way of the narrative and overall feel of the game.

having been watching all the build up trailers for this game, I wasn’t exactly sure how it would look running on my TV but I am definitely a happy camper seeing the work Avalanche have put in to get the look and feel of this post-apocalyptic wasteland just right. The lighting is fantastic and the day-night cycle adds a level of depth and character to the overall gameplay which I didn’t think was possible. With amazingly-well recreated sunbleached skies and starry nights, the game is definitely quite the looker. 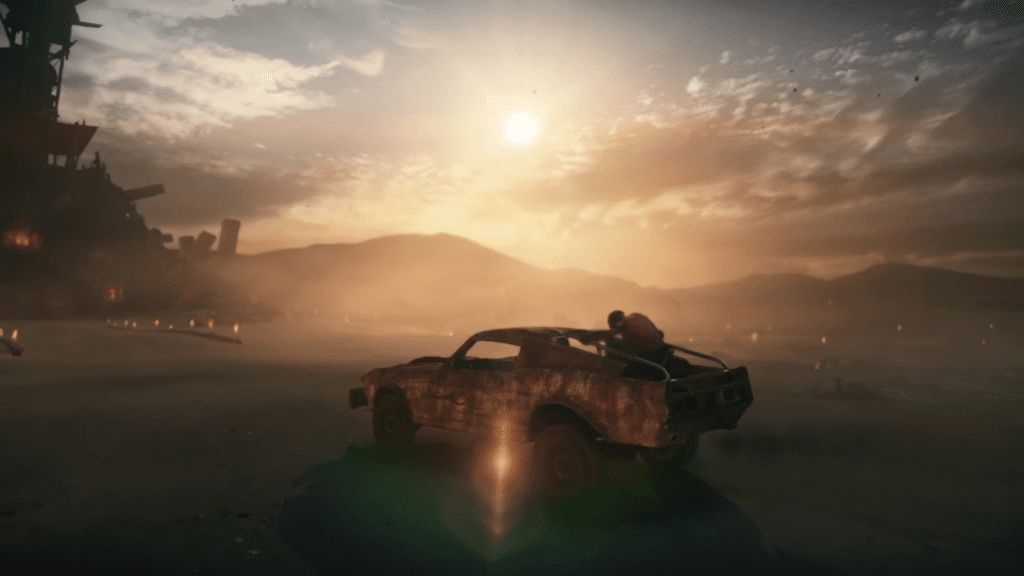 They’ve also added an extremely robust ‘camera’ mode that not only allows you captures beautiful stills but, with the help of a friend, you can capture and edit video of your escapades across the derelict sand dunes. 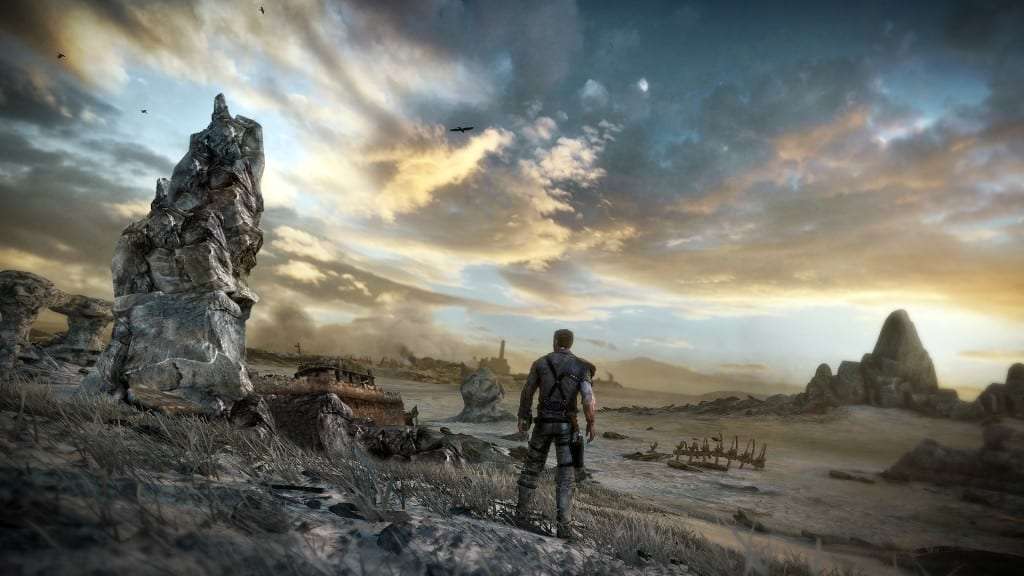 Mad Max is quite a peculiar fish, following on the heels of George Miller’s latest instalment into the film franchise, the game has its own identity but is still undoubtably influenced by its big brothers. I know this is quite an obvious statement but it could have so easily been a case that Mad Max the game went a completely different route in terms of style and tone just for the sake of it and in turn, made it a complete outsider to the franchise. Avalanche were wise to use the ‘if it’s not broke, don’t fix it’ mantra and put all their efforts into creating a game that’s a beautiful interactive homage to the madness that is Mad Max. 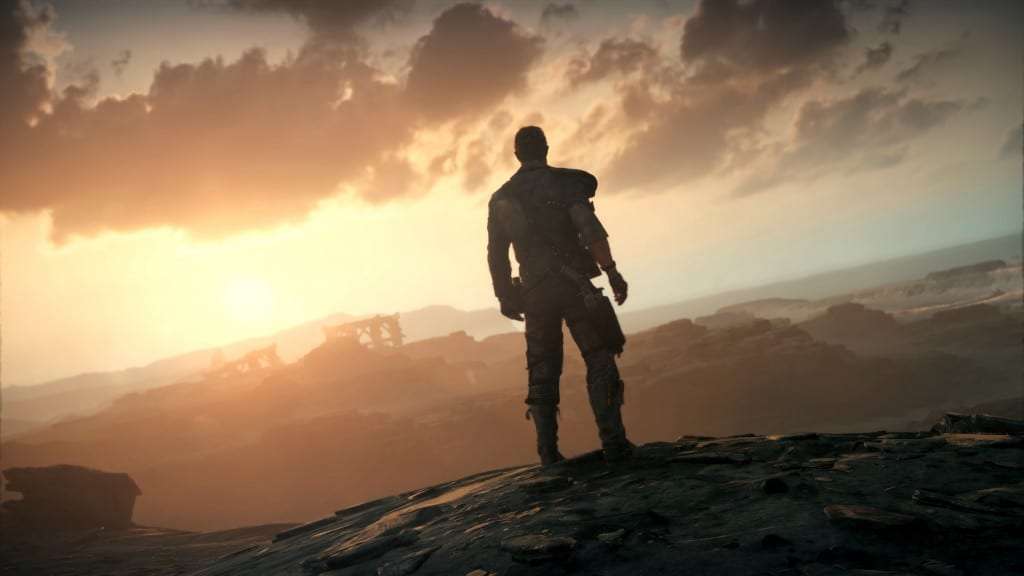