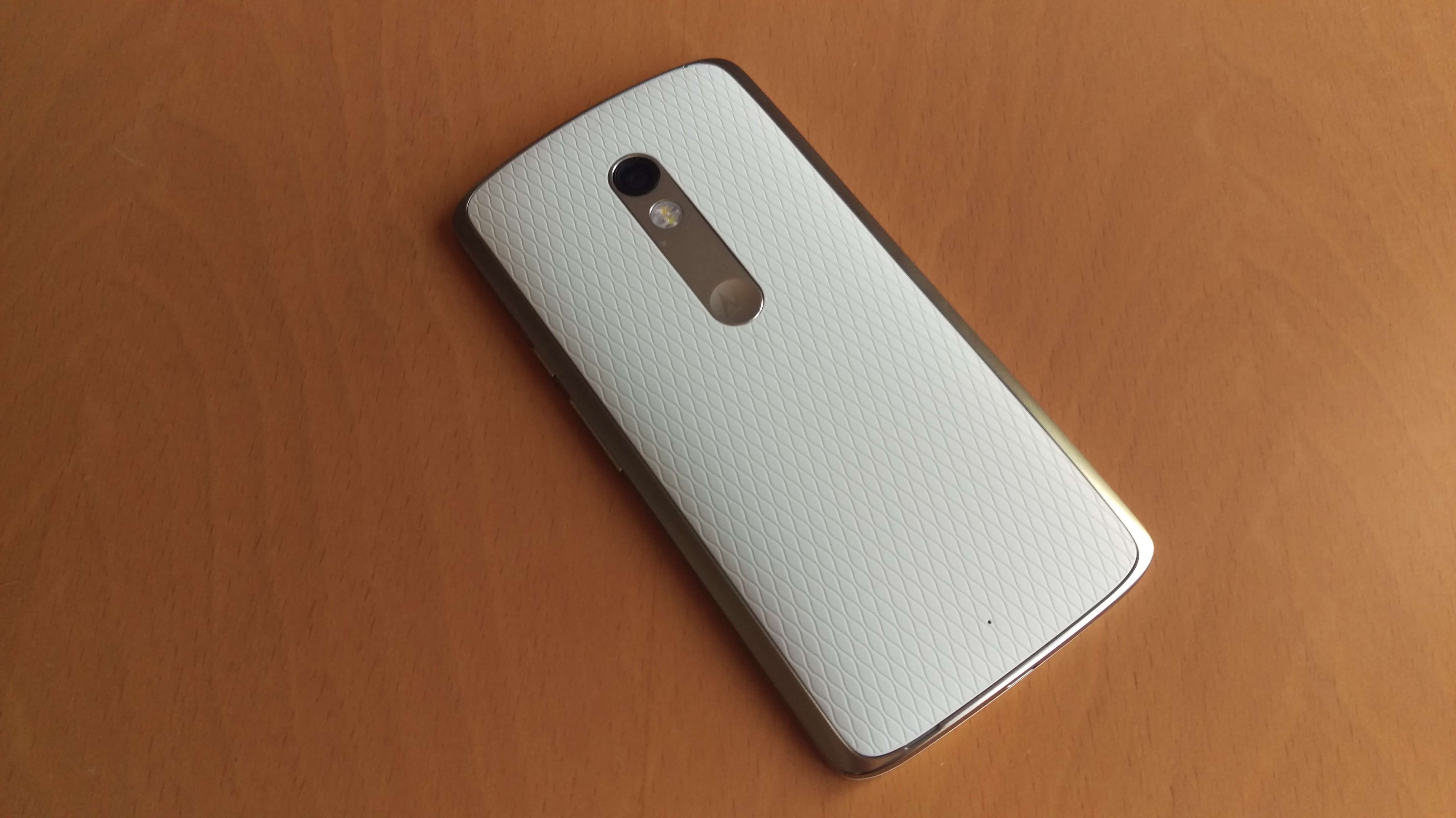 So having recently tested out Motorola’s newest entry level device, the Moto G, we were very eager to get out hands on the new Moto X Play, the middle child in the 3 new phones announced by the company last month, with the Moto X Style rounding out the set. The Moto X Play has some very nice specs and is an extremely decent all round phone but does it stumble under pressure? Does the camera stand up to its competitors and is the huge battery as good as it sounds? Read on to find out. 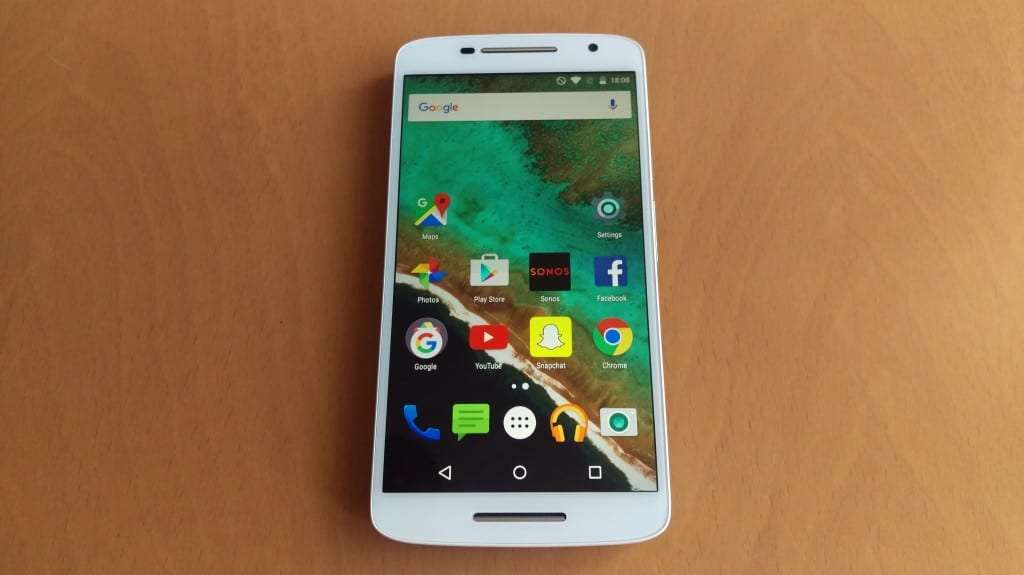 Following in the design footsteps of its predecessors, the Moto X Play is a nice evolution of what’s come before from Motorola. With its ergonomically-rounded back, metal-style rim and high screen-to-body ratio, the Play, even with its 5.5″ display, sits well in the hand. 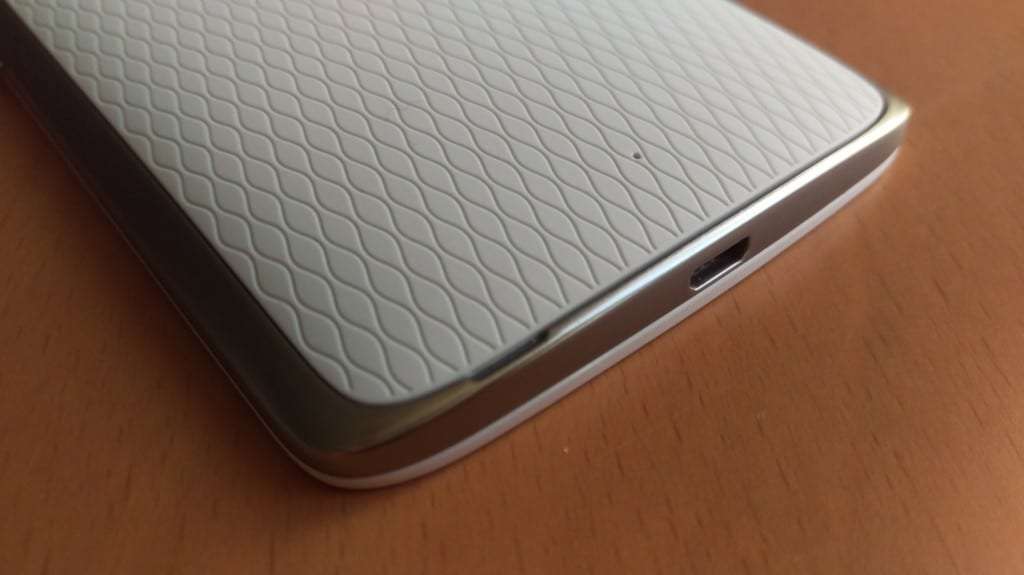 Something that’s becoming more and more unique nowadays, the Moto X Play has a removable back cover but this is purely for cosmetic and customisation purposes and not to allow access to the battery as it’s non-removable. With a wide range a backcover options and even more customisation options via MotoMaker, the Moto X Play really allows you to stand out from the smartphone crowd. Our unit came with an uninspiring white back-cover but there is a whole slew of various colours you can choose from. 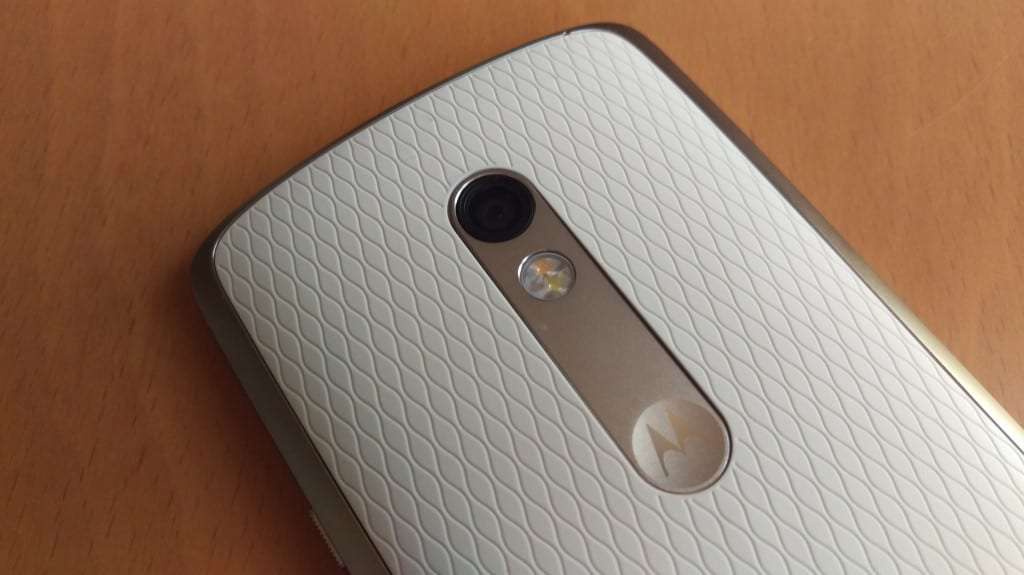 With its extremely large 3630mAh battery, the Play is definitely not a light phone but I prefer a phone with a bit of weight to it so it’s not a prone to fly out of your hand. Overall, it’s a sturdy piece of kit that doesn’t feel too unwieldy in the hand even with its large dimensions.

One thing we are disappointed with though is the single front facing speaker on the bottom of the device. It’s not that its a bad speaker, it’s actually nice and loud, but we really would have loved stereo-speakers like those found in the Moto X Style but the exclusion of a second speaker may be down to to cost-saving reasons.

The Moto X Play has a 5.5″ 1080p LCD display and it’s definitely quite the looker. With more and more large screen phones going down the QHD route, Motorola more than likely went for the Full HD option to keep costs down and we are more than happy with the outcome of that choice. Although it’s not as eye-meltingly sharp as the likes of the LG G4 or Galaxy S6 Edge +, the Play’s screen is still more than capable of displaying some extremely impressive visuals. Viewing angles are good and a screen of this resolution is going to do nothing but play in favour of your battery life at the end of the day. 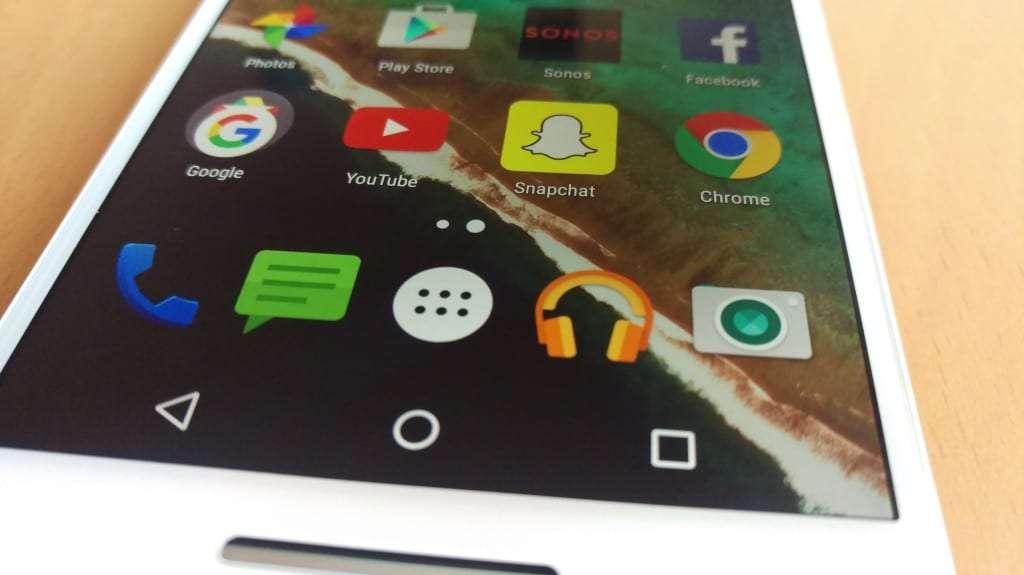 Running Android Lollipop out of the box and undoubtably scheduled for the Marshmallow update, the Moto X Play is running an almost stock version of Android, aside from a few additional apps such as Moto Assist. Speaking of which, Motorola’s own implementation of voice-recognition software and assistance app, Moto Voice is here in full force on the Moto X Play and it’s extremely useful and responsive. Having created our own service-triggering phrase, (the extremely original “Hello Moto X”) the Moto X Play jumps to our aid no matter how slurred or quiet we utter the sentence. The only downside we found was the delay in handover of the request to Google Now which can add a second or two to your query/request. 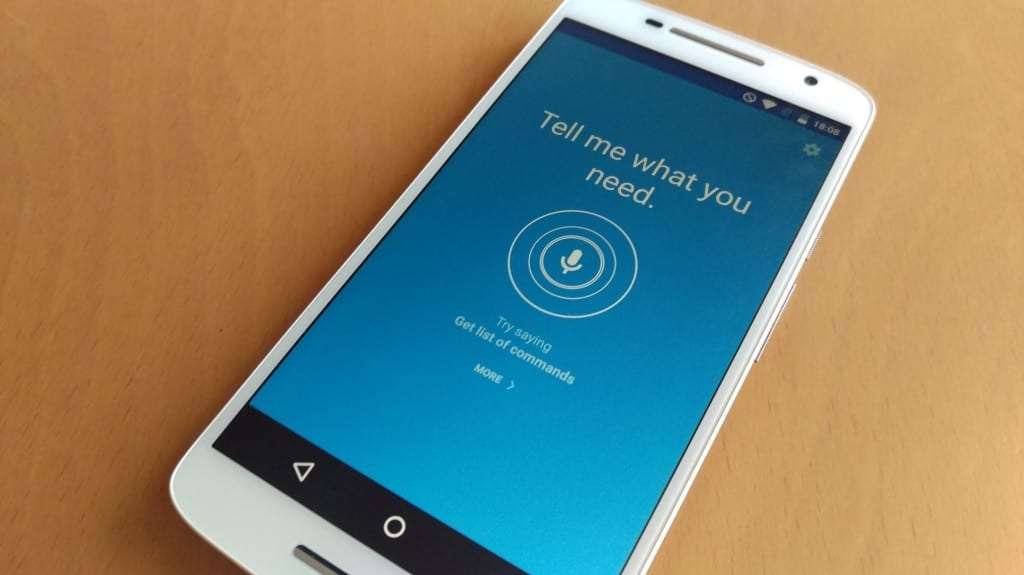 Everything else runs pretty much as you’d expect on stock Android but we must admit, we did notice a slight bit of lag when opening the app drawer and switching between apps but this appears to have been addressed with a recent ‘Google Play Services’ app update which focused specifically on increasing response time for the Play device.

This is one part of the Moto X Play that got a serious amount of attention both during the official press conference and from various tech sites as well. Moto X phones have always been criticised for their poor camera efforts so Motorola appeared to have made upgrading the camera optics an extremely high priority for their latest Moto X phones  and it definitely seems to have paid off. 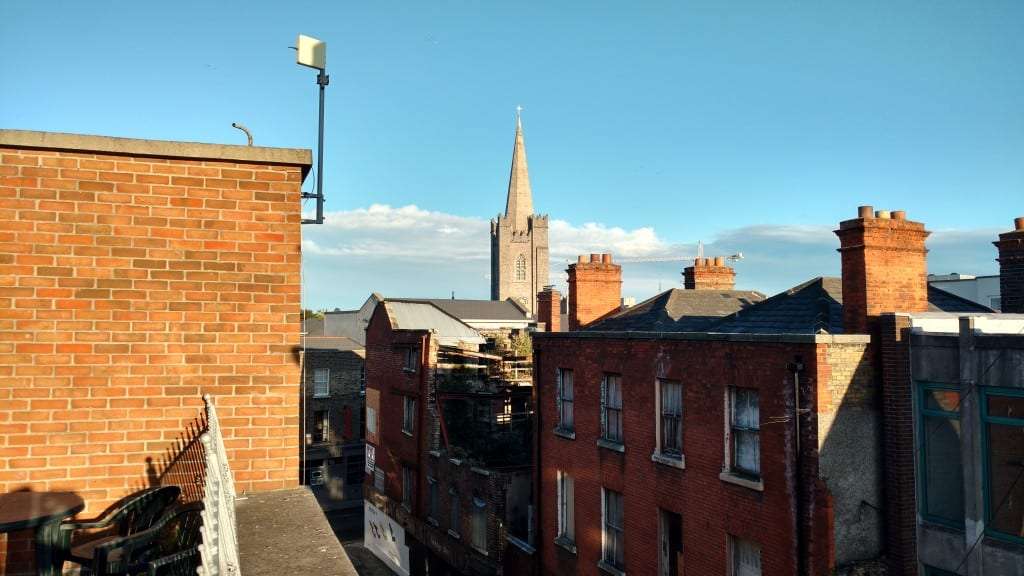 The Moto X Play has an extremely impressive 21MP camera sensor with superfast autofocus times, a very responsive ‘Auto-HDR’ mode and intuitive camera UI that makes this one of the best camera we’ve used in a smartphone. 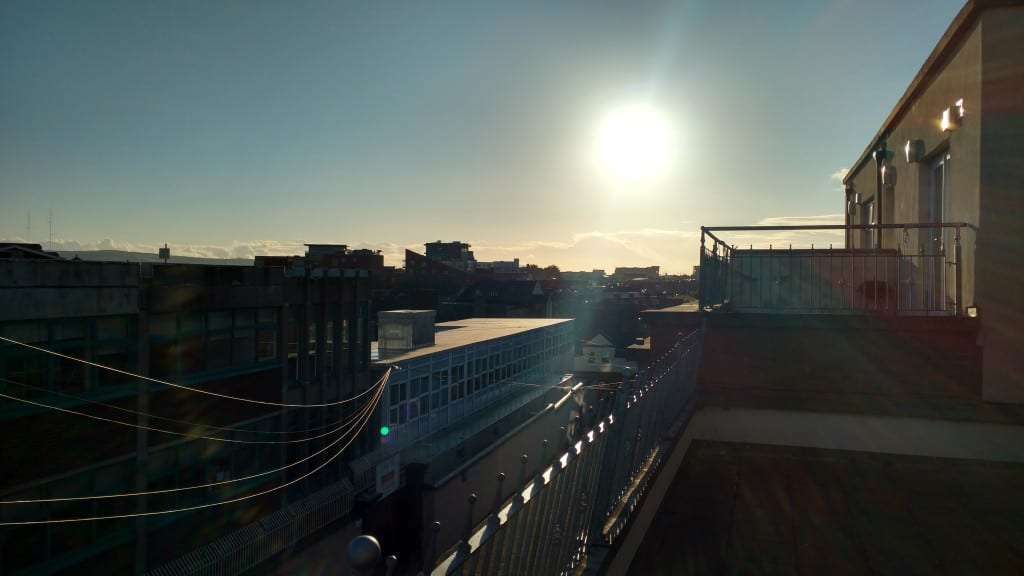 Colour accuracy is brilliant, capture speed is blazingly fast and the phone’s ‘auto mode’ ensures you capture highly-detailed images every time. The front facing camera is also a very impressive 5MP wide-angle shooter that we found nice and responsive also but could be that bit better in low-light. 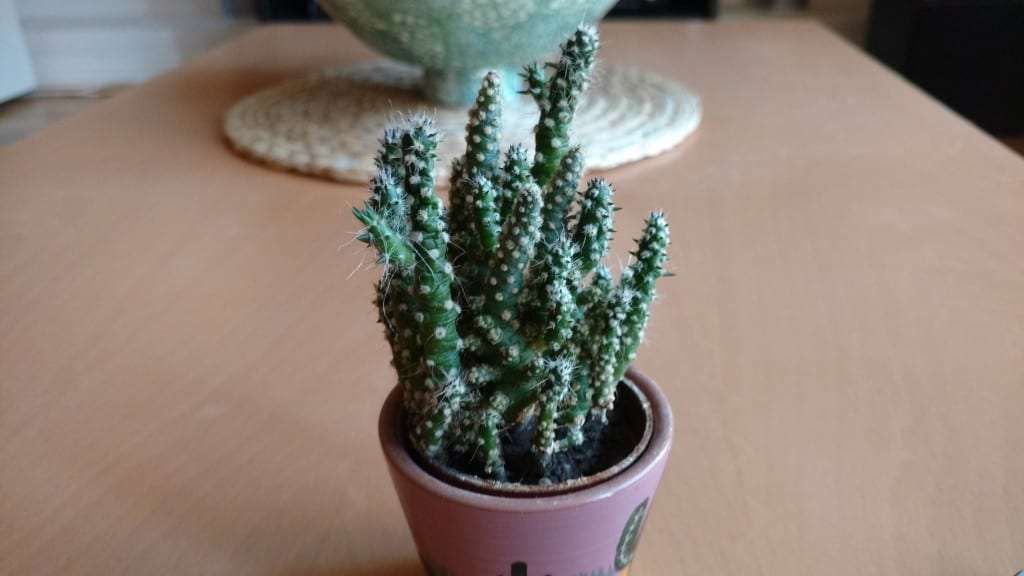 Now this is one of the main USPs of the new Moto X Play and rightfully so. In an industry were smartphone OEMs are aiming for even thinner and lighter devices, the battery is usually the one feature that takes a hit to achieve this. The Play breaks this trend and packs a massive 3630mAh which is basically more than double the size of the new iPhone 6S. As I mentioned previously, the Moto X Play is ergonomically designed so its rounded back not only fits in your hand well but gives Motorola more space to fit in such a big battery.

The battery is, hands-down, one of the best we’ve tested to date and easily got us through 2 DAYS of moderate to heavy use and should be something other smartphone manufacturers work on implementing into their upcoming handsets. We would always choose a bigger, slightly heavier phone with a bigger battery than a super-thin, lighter phone with a much smaller battery. This is definitely a step in the right direction for Motorola.

We’ve really enjoyed our hands-on time with the new Moto X Play and Motorola really are on to an all-round winner with this device. It may be on the slighter large side for you tiny-handed readers out there but for us, we loved the feel of the phone, its clean Android OS, brilliant camera and long-lasting battery.