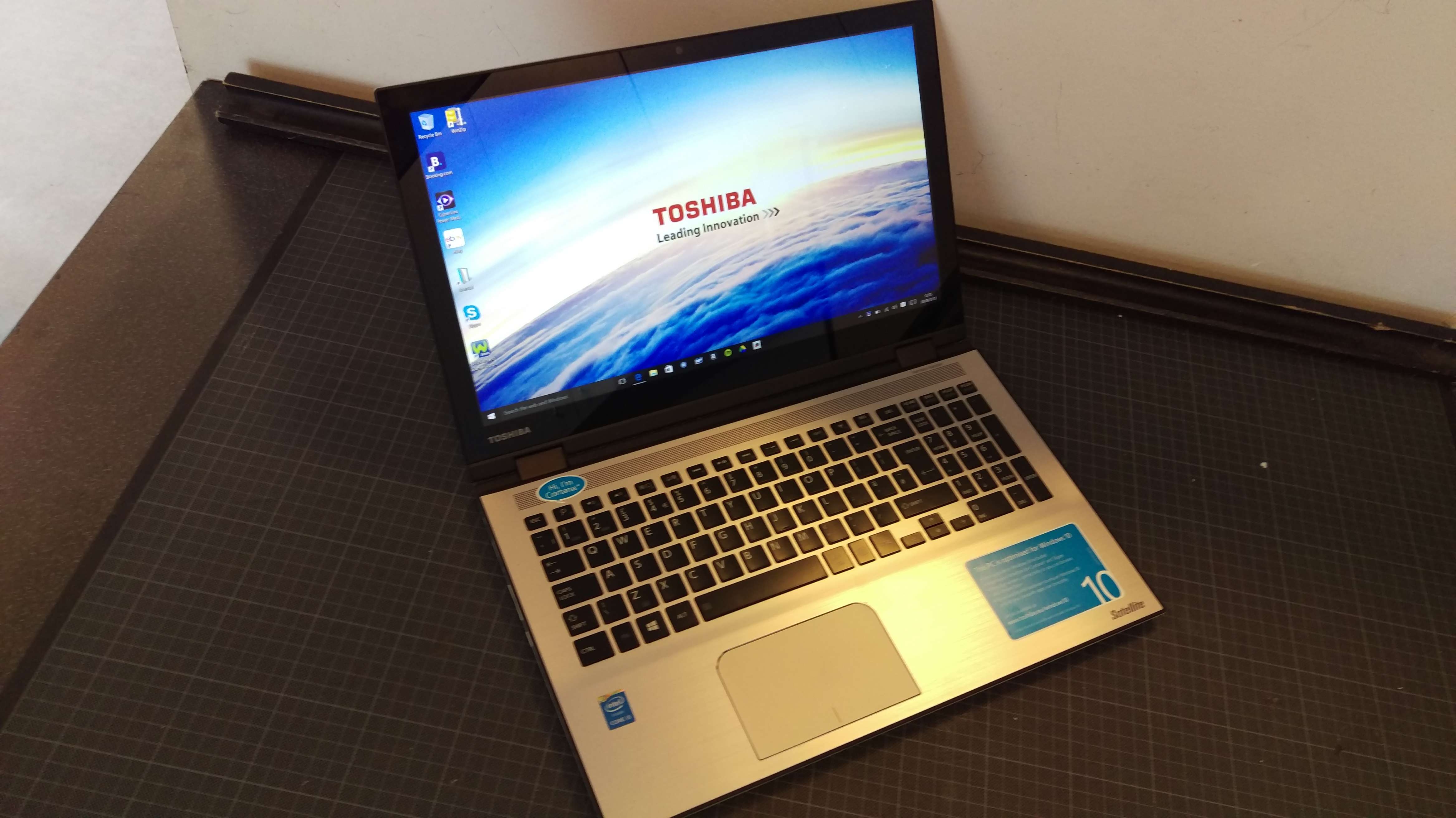 Toshiba has in the past few months been introducing new additions to its 2-in-1 devices line-up, with multiple detachable-hybrid tablets now on the shelves. But the best of them all must be a convertible-hybrid laptop, the Toshiba Satellite Radius 15, basically a laptop that folds up and can be used as a tablet, to put it bluntly. Toshiba has outfitted the Radius 15 with an Intel Core i5 processor and a very big 1TB hard drive, and with these specs it offers some of the best performance on a laptop of this kind. 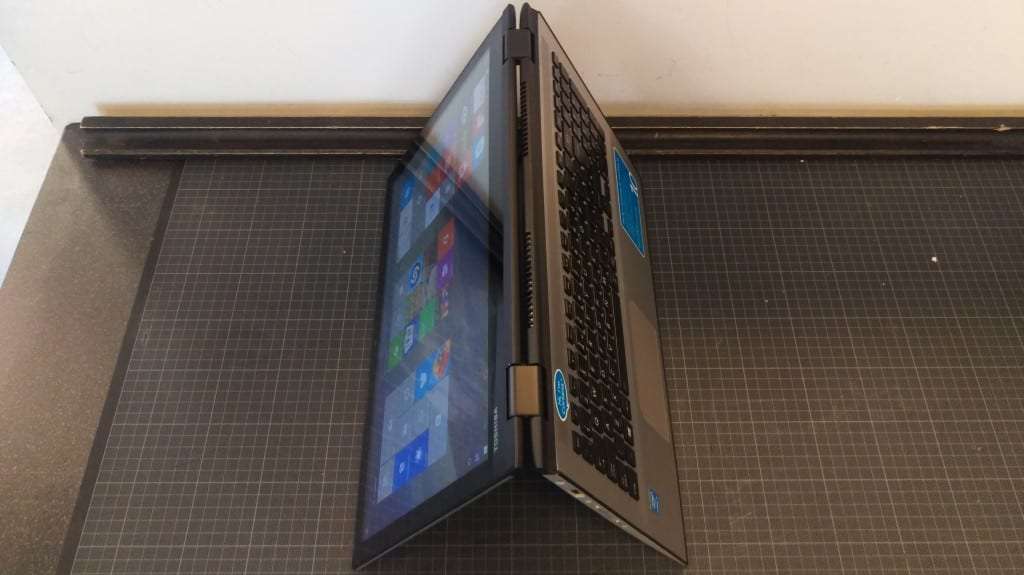 The design is not very new in the market, a slim laptop that uses a dual-hinge design- similar to Lenovo’s Yoga 2 and other Yoga line-up laptops. One distinct feature with the design is that it lets you bend the display back and around for tablet functionality among other different use modes: Laptop, Tabletop, Presentation, Audience and Tablet. The slim build, measuring 379.5 x 244.9 x 20.1 mm and at 2.24 kg makes this system portable enough for your daily endeavors. It’s relatively heavier than the similarly sized Intel-Core-i5 powered HP Envy 360 but relatively heavier and more unwieldy than more common 13-inch models, like the Lenovo 2 13. What’s more, the laptop’s brushed aluminum cover with a Satin Gold finish give it a premium feel. 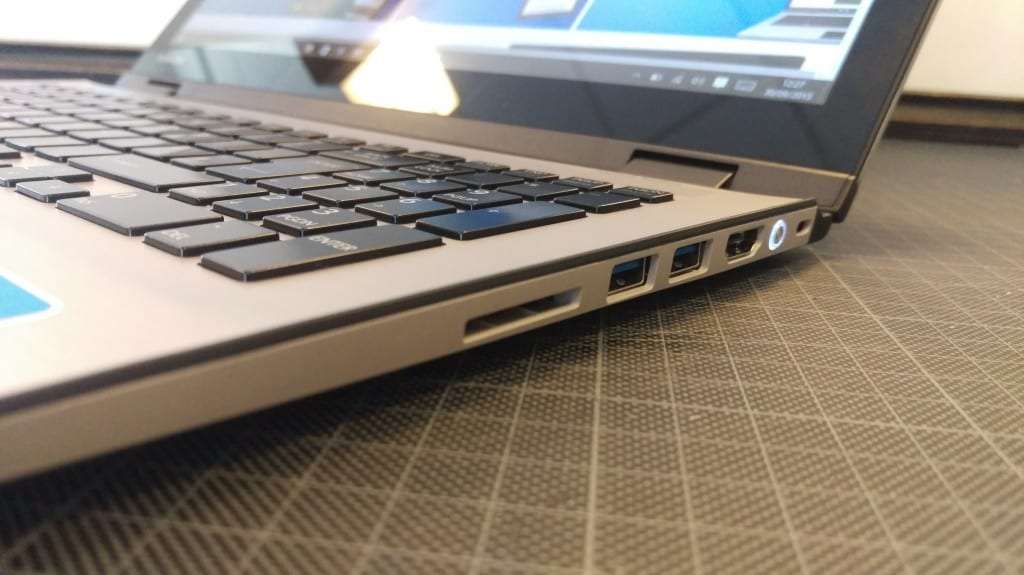 Outfitted with an 5th Gen Intel Core i5-5200U processor (2.2GHz with Turbo Boost up to 2.7GHz)—designed for mobile devices like ultrabooks and convertible laptops—and 8GB of RAM, the Radius 15 offers better overall performance than many other Core i5-equipped systems on the market. For your files, the Radius 15 has a 1TB, 5,400rpm hard drive, which is double the capacity of the 500GB drives found in the Lenovo Flex 2 (15-Inch), the Lenovo Yoga 2 and theHP Envy 360x. What those other systems do offer, however, is an extra solid-state cache, for faster performance. While the drive may be a tad slower and the 5400rpm somewhat outdated for such a decent machine, the relatively enormous storage space should more than make up for it. 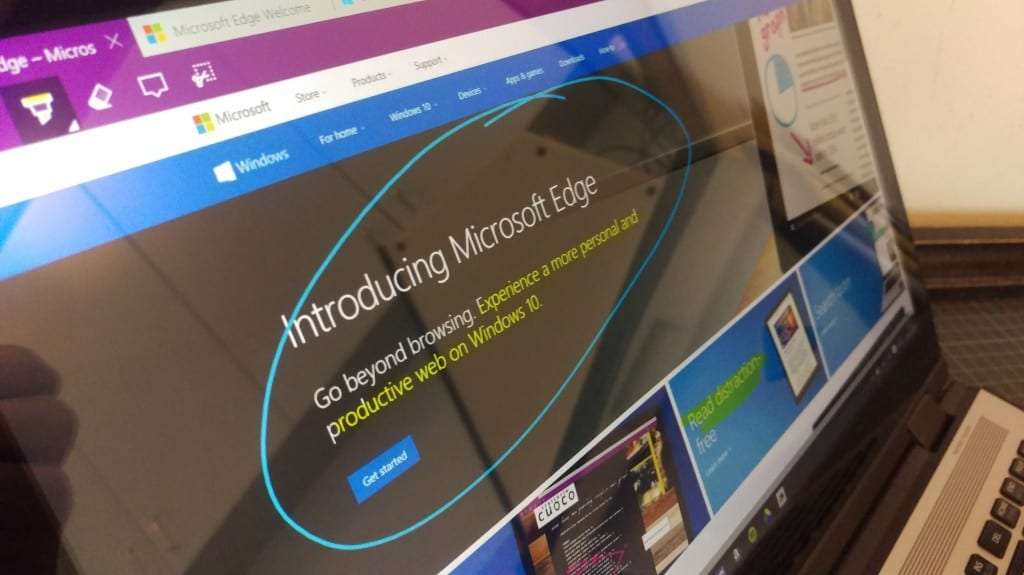 On the Radius 15, gaming is nothing we should talk about, except for a few older titles at lower resolutions, modern games will be a bit more of a struggle. The system relies on Intel’s integrated Intel HD Graphics 5500, the Core i5 processor also provides a boost in graphics performance and producing higher frame rates as compared to gaming competitors. But while the overall graphics performance is better, the Radius 15 is still bound by the limitations of its integrated graphics. It should do very well with streaming media and even some multimedia creation and editing, but it won’t work as a gaming machine. 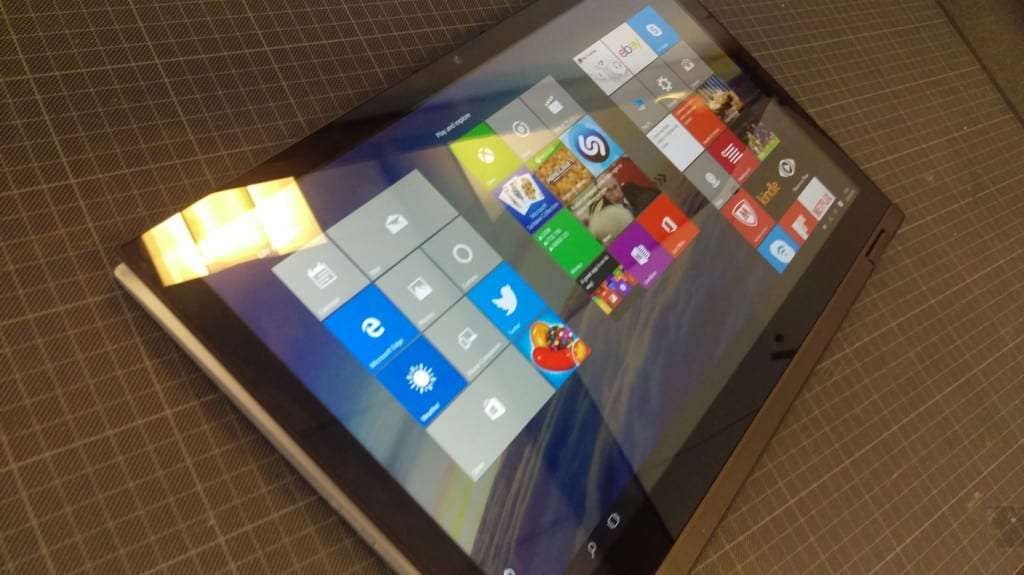 With Windows 10 preinstalled on our review unit, the new OS was extremely easy to use and it appears Microsoft learned from their mistakes in 8.1 and have refined the overall user experience. Cortana is a nice welcome addition and is there to aid any voice action needs you may have to control the OS. Overall, seeing as it’s only new, Windows 10 still has some tweaks to be made but Microsoft have started with something that’s way more enjoyable to use than their older OS’s. 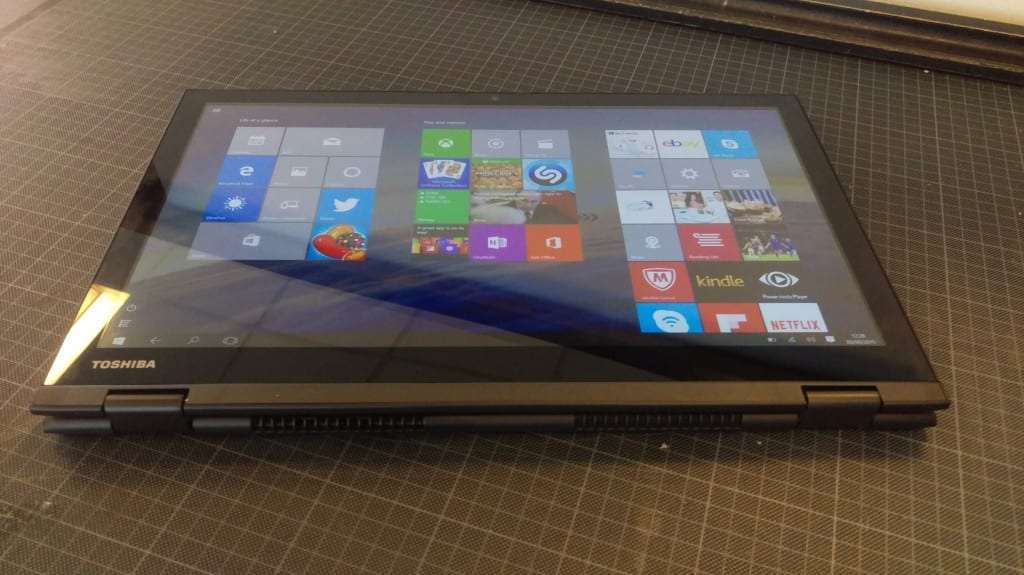 To add some cream to the subtle performance. the Radius 15 boasts the longest battery life seen among the convertible-hybrid laptops. With over 7 hours 40 minutes, as compared to the Lenovo Flex 2 15 (only 5:30), I’m convinced that this is the only laptop-class convertible that will take you through a full working day. 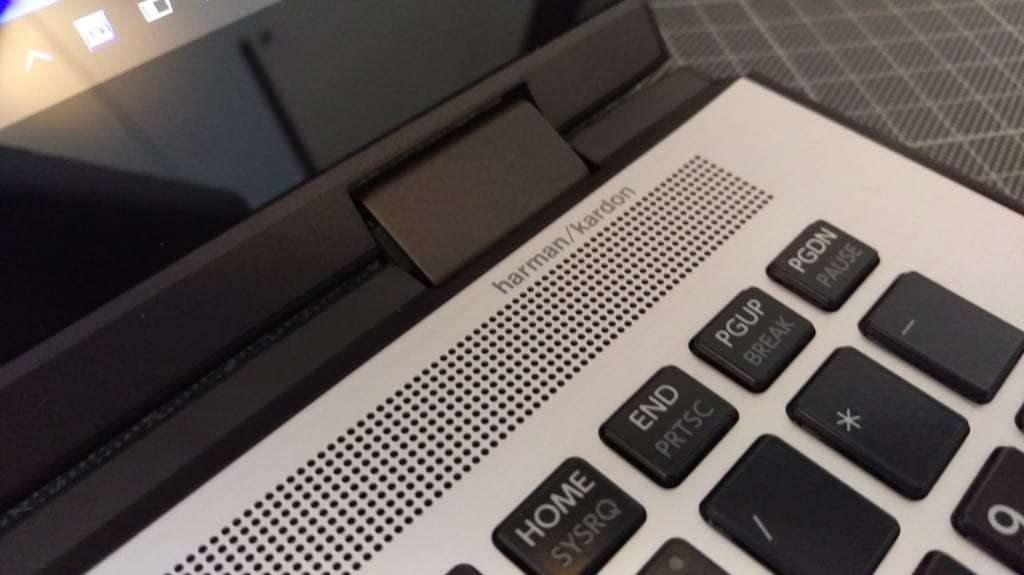 With its slim design and excellent performance, the Toshiba Satellite Radius 15 is one of the best laptops we’ve reviewed. Admittedly, the 15-inch size is too big for most people to use as an on-the-go tablet, but for a 15-inch laptop that also offers touch and tablet functionality, it’s hard to beat.