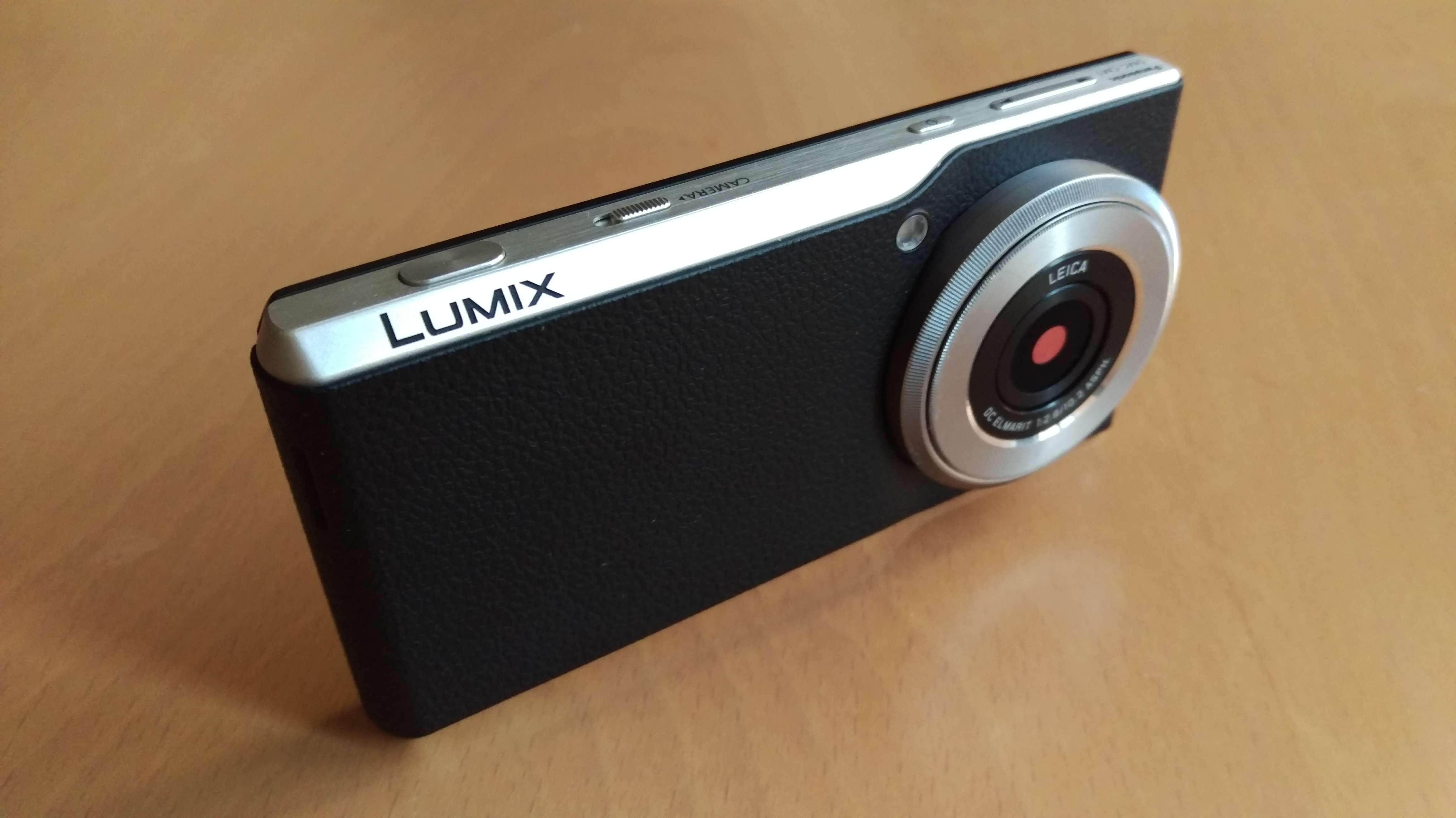 The Panasonic CM1 is a peculiar little thing. It’s Panasonic’s first attempt to integrate a fully functioning Android powered smartphone into a compact digital camera, and, on the whole, it’s a successful execution. There are areas that need improving but, overall, the Panasonic CM1 is an impressive hybrid device.

The CM1 takes a lot of design cues from its photography cousins and looks a lot like many other of the higher end cameras Panasonic produce. With its faux-leather back and eye-catchingly large camera lens, the CM1 will definitely not be confused for pretty much any other smartphone out there. You’ve got your Micro USB port, sim card tray and Micro SD card slot hidden under plastic tabs but overall, the device feels sturdy and premium in the hand. 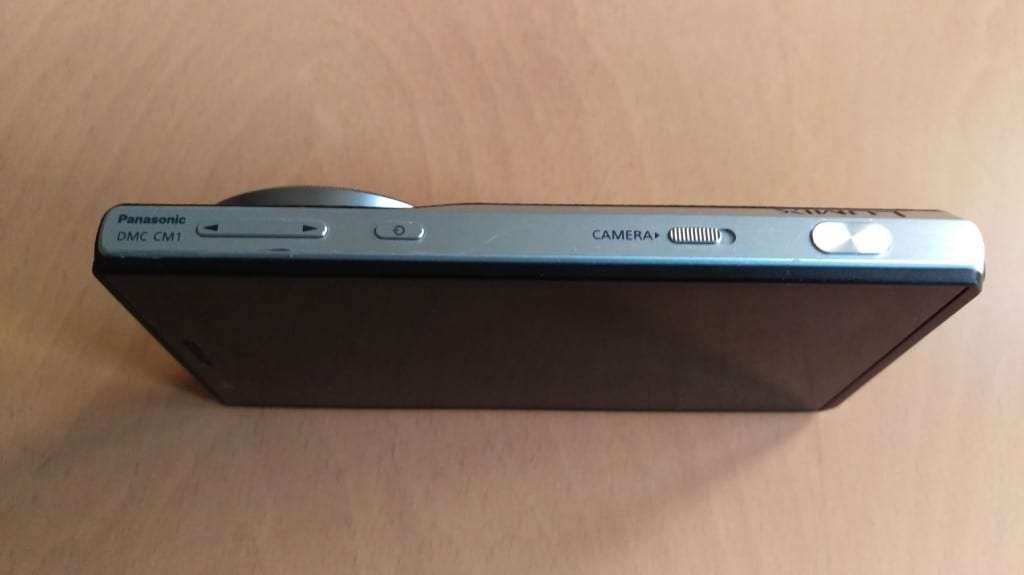 Along the right hand side of the device, you’ve got your volume rocker, power button, camera launcher trigger and shutter button, all of which are different in size and finish. The large camera lens on the back isn’t just all for show either as there is actually a fully functioning lens ring which allows you to adjust all sorts of settings whilst in the camera app. Underneath, there is a LEICA lens with a 20MP 1″ CMOS sensor which is extremely impressive for such a discreet device considering its functionality. 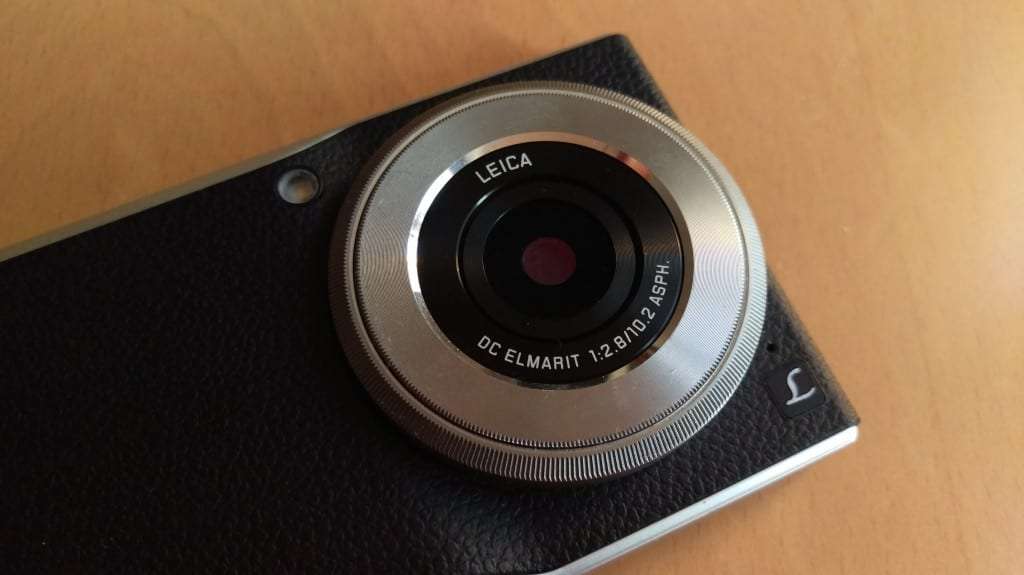 One thing we weren’t impressed by was how low the speaker volume was on the device, you definitely won’t be watching many films on this thing unfortunately but I guess, it wasn’t intended for that purpose anyway.

The CM1 is packing a 4.7″ 1080p display which is very nice indeed. Admittedly, more and more phone makers are implementing larger and larger screens but this size screen actually fits the CM1 perfectly and with its high PPI, both the Android OS and the vast array of camera settings whilst using the camera look sharp and crisp as do the images you’ve captured. 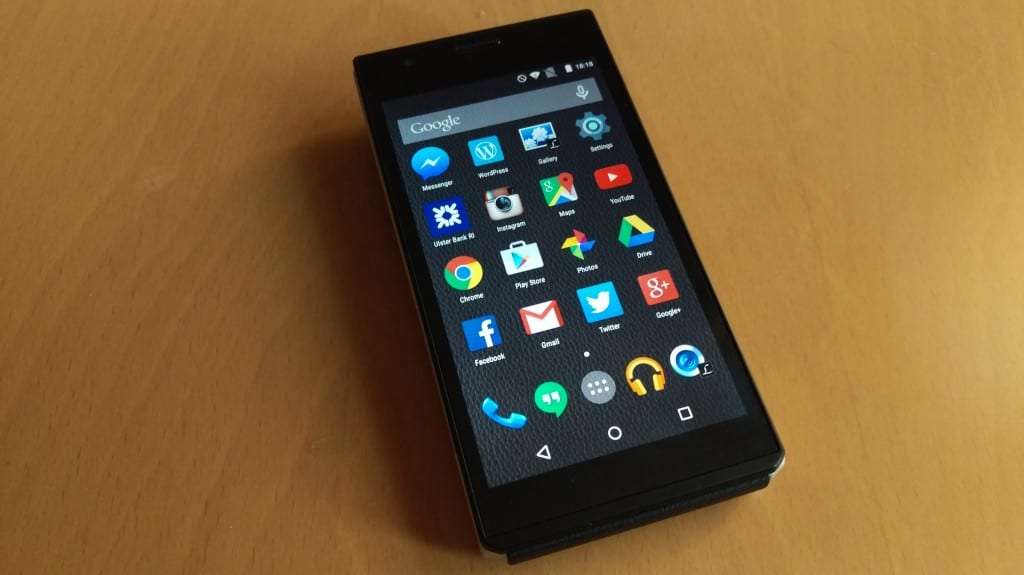 Surprisingly enough for such a niche product, the Panasonic CM1 was upgraded pretty quickly to Android Lollipop after its launch which we thought was commendable on Panasonic behalf to update it so quickly. The OS works very well on this device and Panasonic have rightly decided to keep the amount of its own apps installed on the device to a minimum. 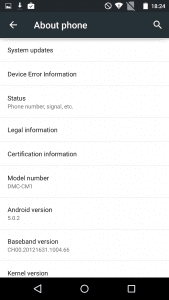 With Qualcomm’s Snapdragon 808 and 2GB of RAM, the CM1 is nice and nippy too and we found very little lag when using the device day to day.

Now this is obviously the main USP for this device and it definitely doesn’t disappoint. As I mentioned earlier, the CM1 is packing an extremely impressive LEICA lens with a 20MP 1″ CMOS sensor. This lens, on top of the huge amount of settings and options that are programmed into the camera app, makes this one of the best cameras for both camera adjustment and picture quality out there. As you would expect, Panasonic have taken their immense knowledge in digital imagery and worked their magic to fit such an impressive lens and app into this compact device. The sheer amount of customisation for shooting scenarios is fantastic but even if you want just a pick up and shoot sort of affair, you’ll still be hard pushed to take a bad photograph. 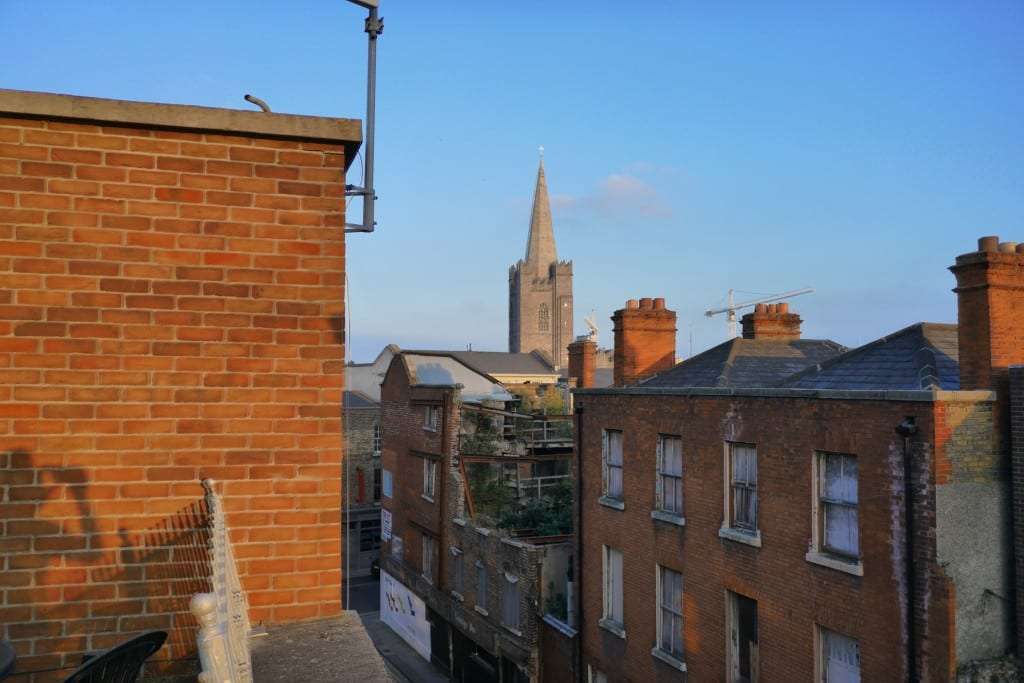 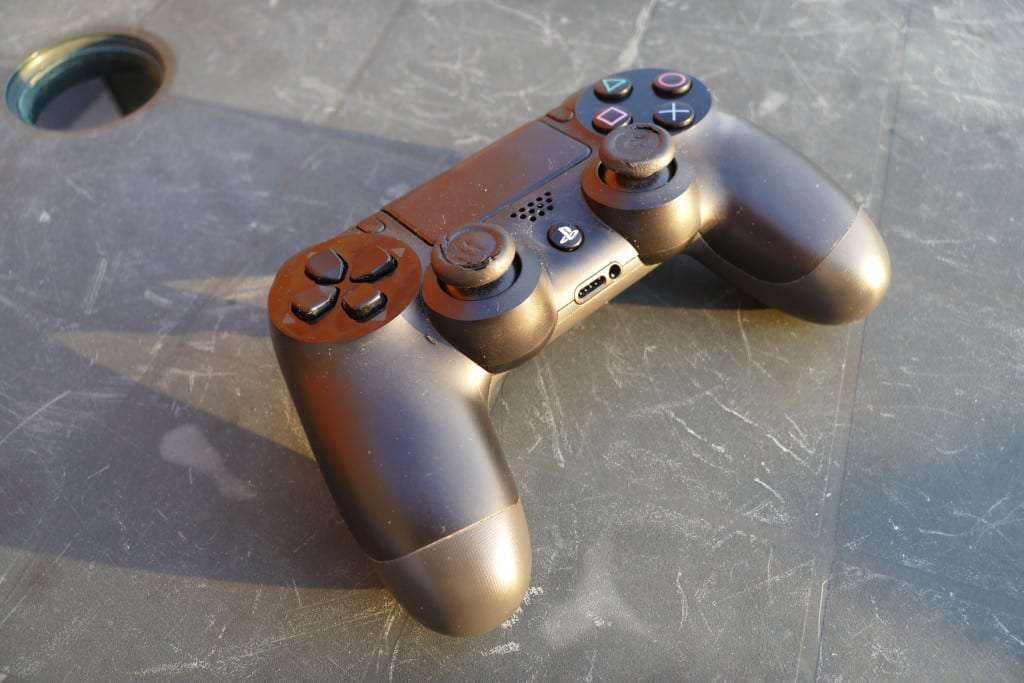 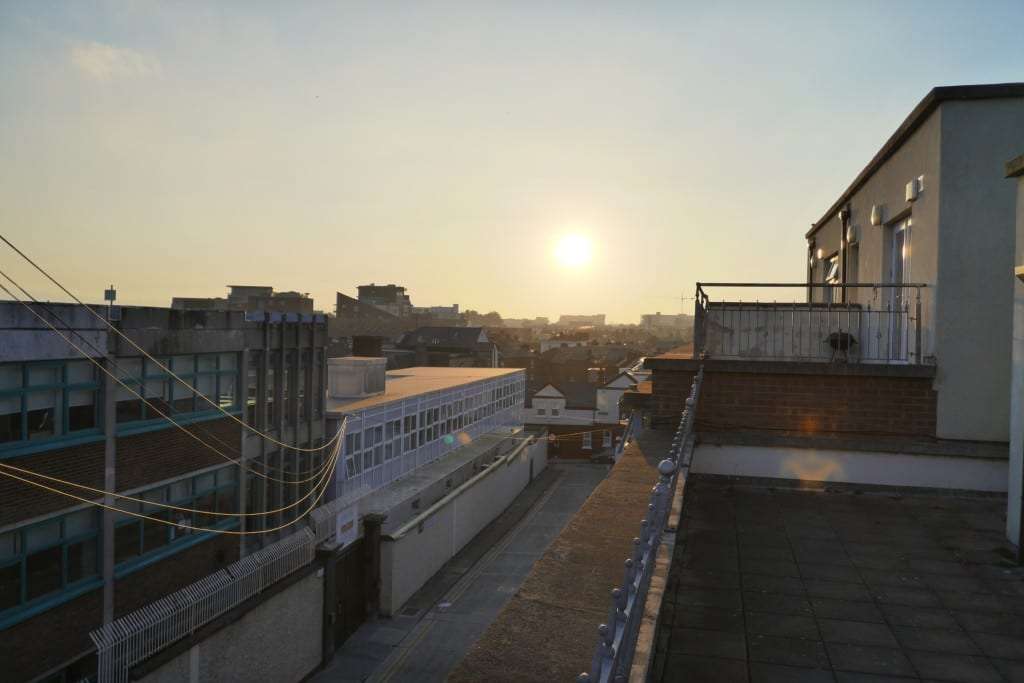 Even the lowlight capabilities are quite a bit ahead of the competition with the LEICA lens letting in a serious amount of light for very dark shots. 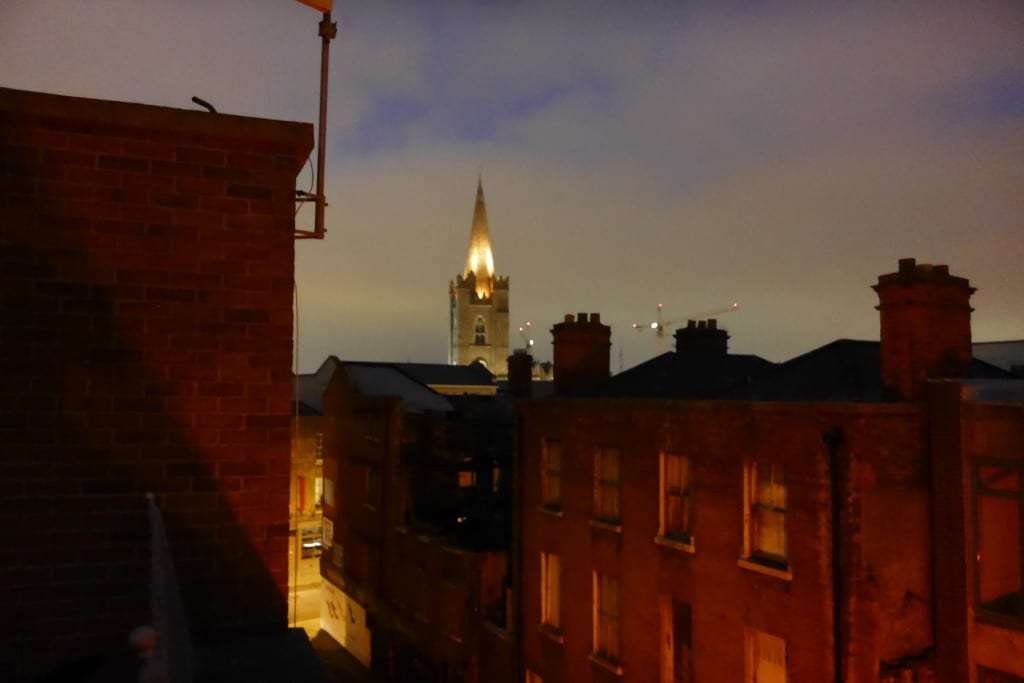 As amazing as the back camera is, the same can’t be said for the front one. At just 1.1MP, you’re definitely not going to be taking any Instagram ready images with this front-facing camera unfortunately.

The Panasonic CM1 really did impress us and Panasonic have done a fantastic job of implementing a fully-functioning Android smartphone into what is basically one of their digital cameras. The battery life, with its 2600mAh battery, could definitely be better, especially if you’re playing with the camera a lot but overall, if you must have a smartphone with a amazing camera and a tonne load of customisation options, the CM1 is definitely a device you should look in to.