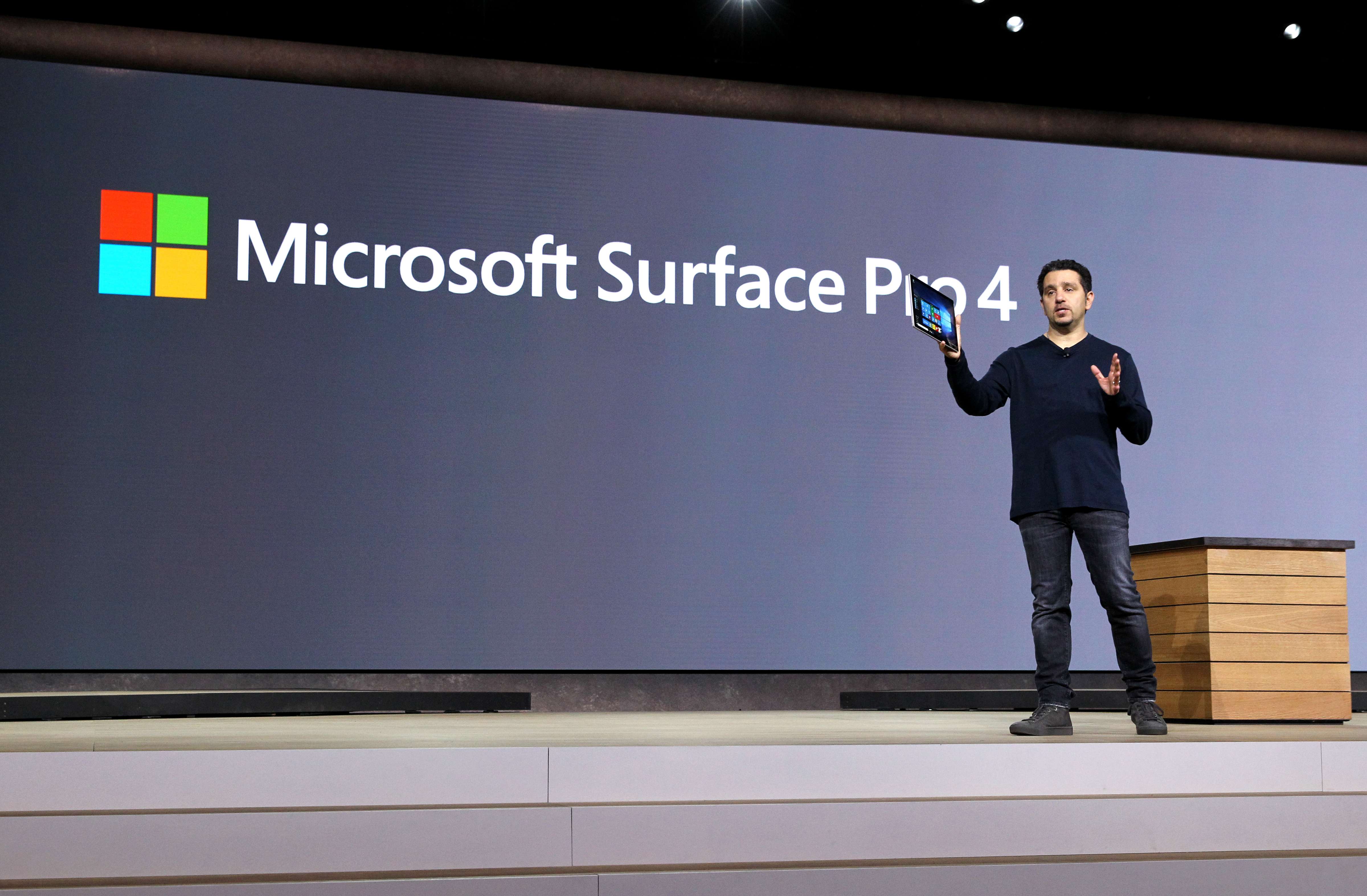 Microsoft held a press event in New York today and unveiled a ton of new products from Lumias to the first ever Microsoft laptop, the Surface Book.

Hololens was shown off in more detail, giving us a glimpse of wearable gameplay, where the enemies were all around the player, using the walls and furniture to attack. It looked really cool but how well it will work in practice is another story. Most importantly towards a general release date, Microsoft announced that developers can now apply for dev units which will ship in Q1 2016 for $3000.

The Microsoft Band 2 was announced (yeah there was a Microsoft Band 1, not surprising if you didn’t know, the device never launched in Ireland) and keeps a similar style to the first but now includes a barometer which can measure elevation. It’s also now more scratch resistant with Gorilla Glass 3 and will work with Windows Phone, iOS and Android.

Three new Lumia devices got unveiled, the high end Lumia 950 and 950XL and the cheaper Lumia 550 which barely got one slide in the entire show.

The 950 and 950XL had their entire specs and renders leaked weeks ago, so much so that Panos Panay, head of MS Devices breezed through it because “you already know all this”.  The 950 has a 5.2” “Quad HD” AMOLED display while the XL has the same screen just in a 5.7” size.

The 950 and 950XL will use Windows Hello Beta to unlock the phone by scanning your face, have 20MP cameras and have a hecta-core and octa-core processer respectively.

Probably the coolest feature is Continuum, which allows you to plug your phone into a small device which has USB and HDMI ports and use your Lumia almost as a full PC, including watching full 1080p videos and accessing USB flash drives etc.

The star of the show was of course the Surface Pro 4, the newest member to the Surface family. The Pro 4 is a bump from 3, thinner, lighter and with a PixelSense display (that’s a Microsoft term for a very impressive display).

Not to be outdone by Apples infamous “one more thing”, Panos Panay had another surprise in store – the first laptop from Microsoft, the Surface Book.

It’s a slick, 13.5” laptop with the newest generation of Intel CPU and NVIDIA graphics inside, making it more powerful than the MacBook Pro according to Microsoft. And like the Surface Pro, the Surface Book can detach from the keyboard to become a “clipboard” (Microsoft wouldn’t call it a tablet) or the thinnest fully powered PC on the market right now.

The Surface Pro 4 and Surface Book are expected to launch in the United States on October 26th, Microsoft Band 2 on October 30th, the Lumia 950 and 950XL in November and the Lumia 550 in December.

All of the devices shown today looked great, the Surface Book especially, but like all previous Microsoft launches, expect to wait a bit longer to actually be able to buy them here in Ireland or in the case of the Microsoft Band, if ever.