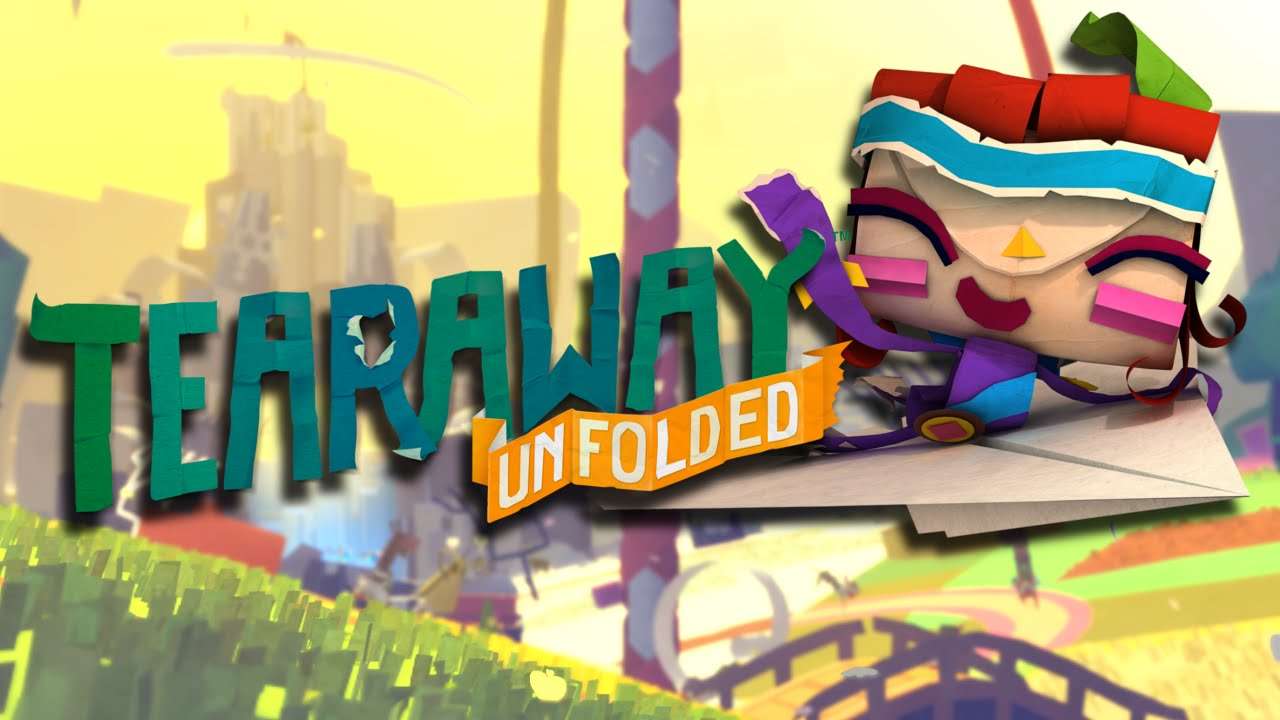 Tearaway Unfolded is a re-master of the the PS Vita game, Tearaway. In the original, you use the Vita’s unique controls to manipulate the world around the character, making things move, bounce, and come to life. The game obviously had to be remapped to better fit the DualShock 4, so let’s cut and snip and pull and curl to find out how the new game works. 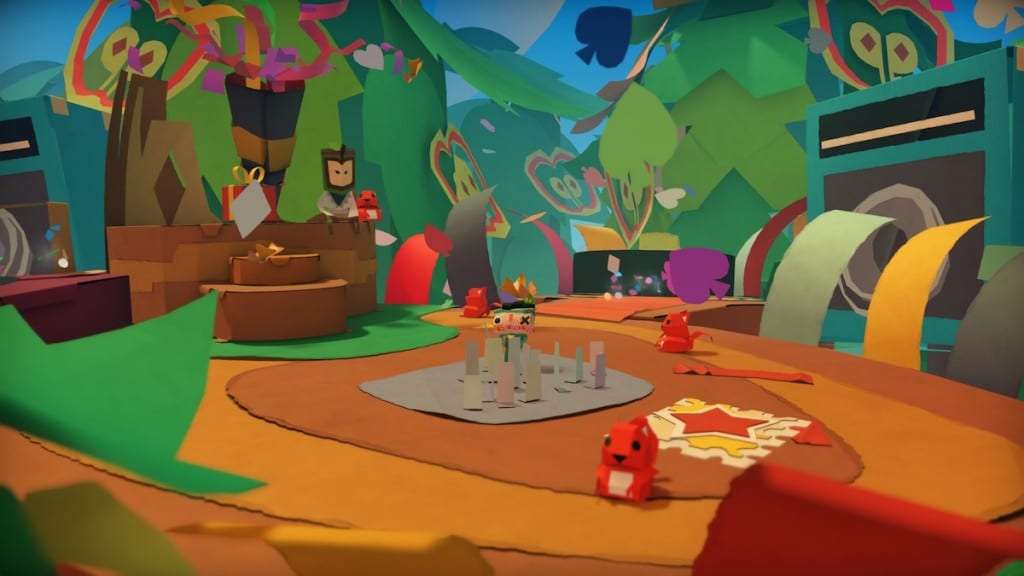 The original Tearaway was a highly intimate game, allowing you to interact with the game world in a way that was so intuitive and delightful, that it couldn’t help but charm. It was an intriguing question of how Media Molecule–the Little Big Planet creators–would translate this game onto the far more powerful PS4. And wouldn’t you know, they actually did a pretty damn good job of it.

The game’s plot is largely identical: you control Iota (or Atoi if you are playing a female character), a messenger who has a message for You, the player. It’s your job to guide the messenger through the perils of the world to bring you the message and restore peace to the lands. Peaceful lands, I’ve discovered, are terrible for holding a good story together. 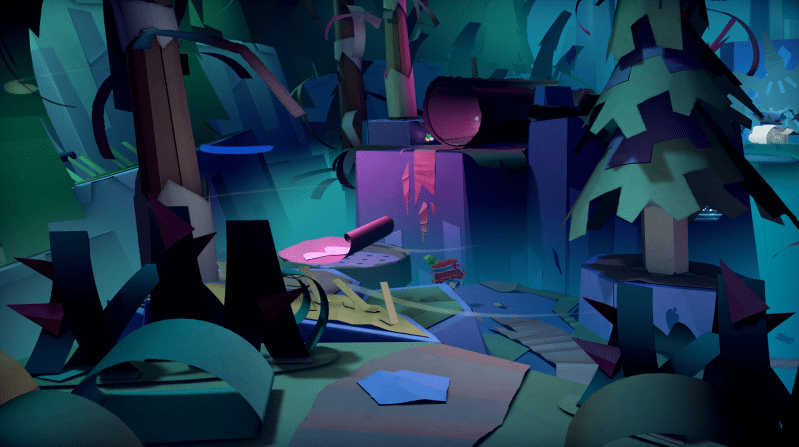 Tearaway Unfolded uses just about every feature that the PS4 and the DualShock 4 have, from the touch pad, to the light bar, to the camera, and even down to the PlayStation App on your tablet or smartphone. The original game, in a mild,Drawn To Life-esque way, had you create some of the game’s art by drawing on the Vita’s touch screen. In Unfolded, you can do the same by using the DualShock 4’s touch pad. I found this method a little imprecise and clunky, however, because it was difficult to map how your finger on the pad relates to the screen. I was much happier connecting the PlayStation App and using that to draw instead, mimicking the functionality of the Vita. It was brilliant to see just how fast, smooth, and accurate drawing with the app could be. For just about everything else, there is the touchpad, from bouncing drums to creating wind to just about everything in between for manipulating the world. It felt fairly Okami-ish to me in the way the game handed you powers gently and let you explore those powers, and that’s always a wonderful thing in a game. On the other hand, the level design didn’t really encourage you to return with said powers and explore again, which I felt would have made for a superior game. 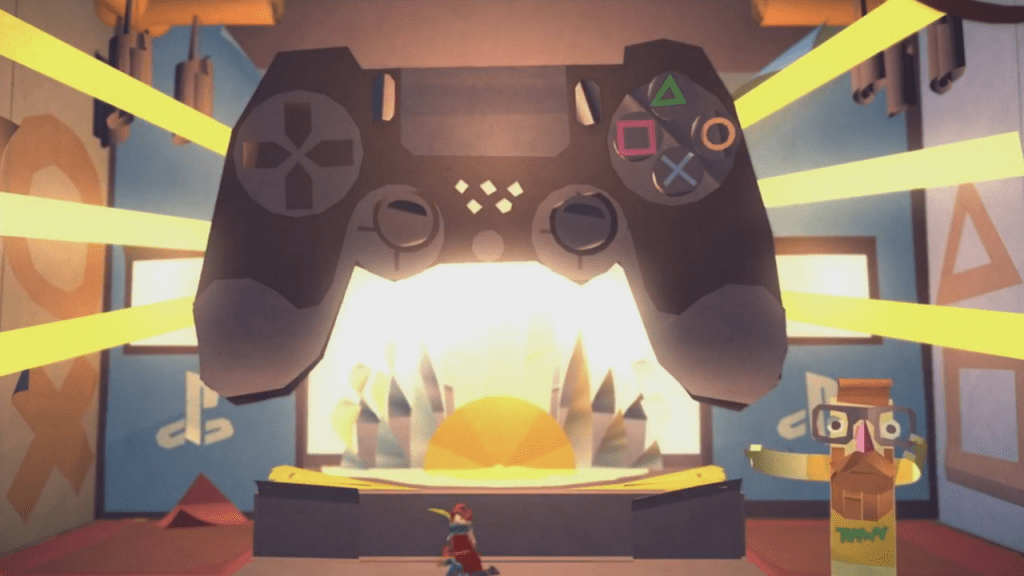 If you’ve played the original PS Vita release, then you’ll be more than familiar with the presentation with Unfolded. Running on 1080p resolution, Tearaway Unfolded, much like the original, is absolutely stunning to look at. With its neat the papercraft aesthetics, every little character, creature, and piece of the environment is uniquely crafted in such a polished manner that it’s hard not to admire the effort gone into designing this game. Animations are quirky to look at, and the colour palette presents Tearaway Unfolded very much like a children’s storybook. 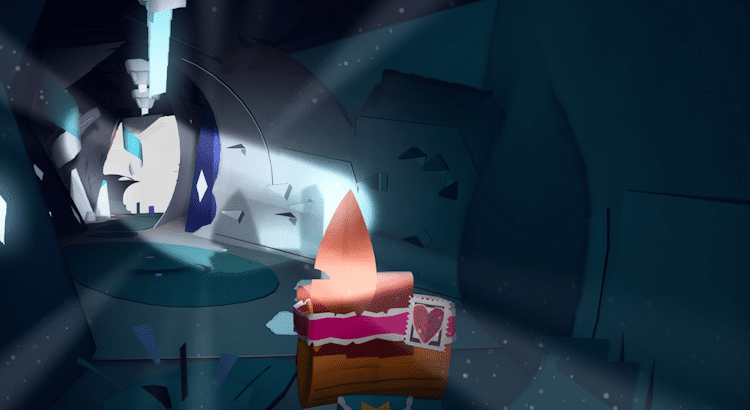 Through its gorgeous visuals and charming narrative, Tearaway Unfolded does an excellent job in capturing the heart of what made the initial PS Vita release so engaging. Whether you’re new to Tearaway or not, Unfolded is an astounding title that I’d highly recommend to anybody wishing to treat their creative ambitions.