The Uncharted trilogy is one of the most memorable action adventure game in recent times. One of the main reasons why Playstation 3 was considered stronger than Xbox 360 in terms of exclusive titles.

Almost every Playstation owner is proud of these three titles. It came as a surprise when Sony said that about 80% of Playstation 4 owners have never played an Uncharted game. To solve that problem, Sony released a remastered version of all three games bundled together called “Uncharted: The Nathan Drake Collection”. These perfectly handled remastered versions that preserve the beauty of all three titles, provide enough reasons for newcomers to experience/veterans to re-experience one of the best trilogies in gaming history. 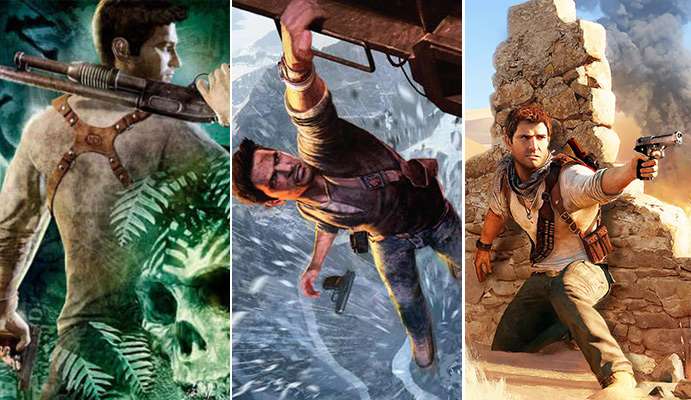 Uncharted: The Nathan Drake Collection includes Uncharted: Drake’s Fortune(2007), Uncharted: Among Thieves(2009), Uncharted: Drake’s Deception(2011). Though the multiplayer content is stripped out (which is a tad bit disappointing considering how fun it was), It is still worth the price. Among loads of remastered games these days, I can safely say that this is by far the most valuable remastered version.

It’s been 8 long years since this game first arrived on PlayStation 3. The game started Drake’s journey to uncover the mysterious secrets his forefather “Sir Francis Drake” left behind. The game still looks and feel fresh. 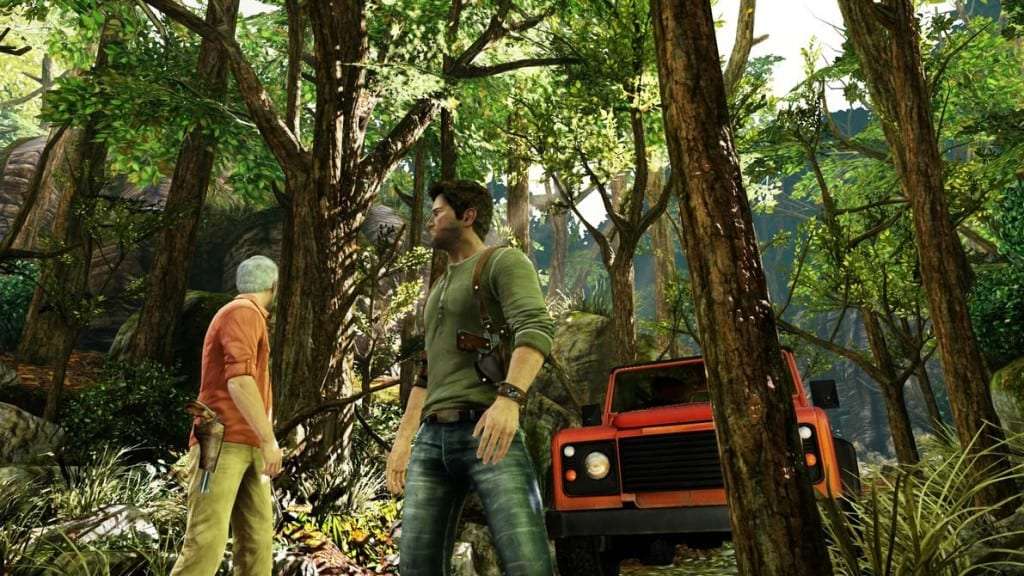 Not only because of added 60FPS and 1080p resolution, but also because how good this game was when it originally released. The shooting mechanics don’t feel old and the visuals will give you “Keeping your controller aside and just admiring the beauty” moments. The Sixaxis controls are stripped off for obvious reasons.

The remastered version of Uncharted: Among Thieves is able to compete with many of the PS4 games in terms of graphics. The game looks dead gorgeous. From character animations to visual fidelity, everything looks top notch. 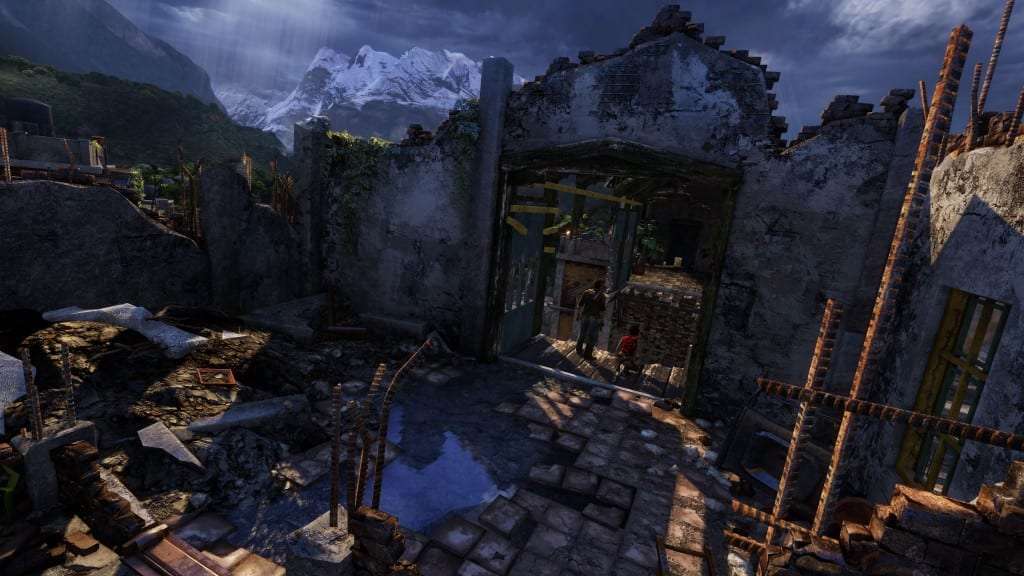 The gameplay also feels a little bit more precise as compared to Uncharted: Drake’s Fortune even though bluepoint tweaked the shooting mechanics for all three games. From the Shooting encounter in Nepal to the mind-blowing train sequence, Uncharted 2 is considered the best in the trilogy and the remastered version does justice to it in every aspect. 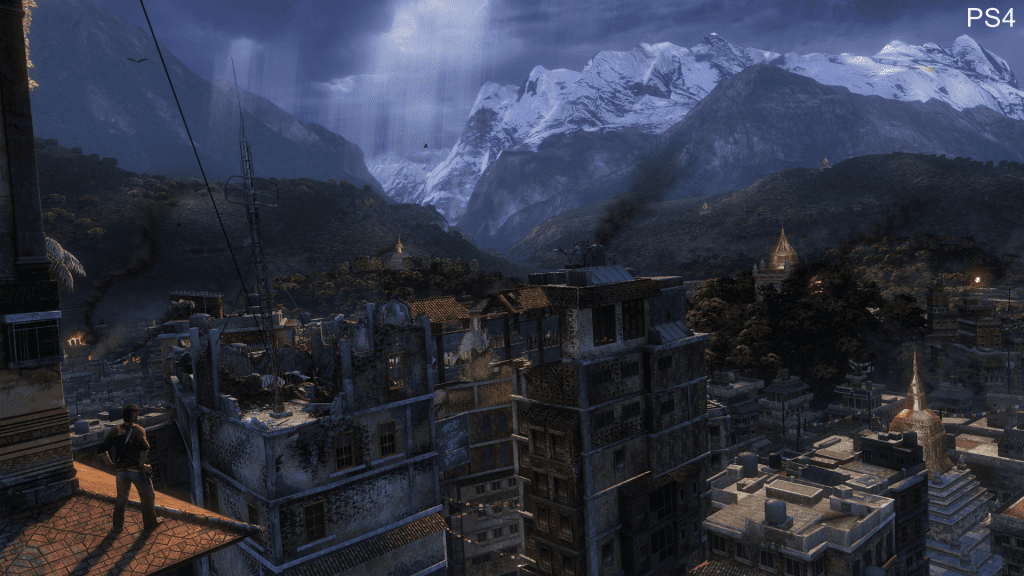 The final part in the trilogy focused more on narrative than any other game in the franchise.The game dives into Nathan Drake’s past and his personal relationships, and also uncovers the secrets legendary “Sir Francis Drake”. 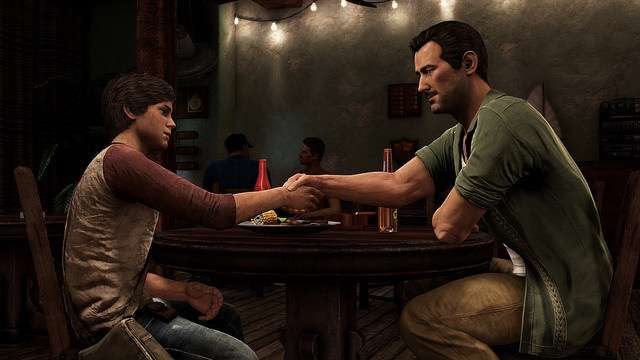 The game looks beautiful and has a Hollywood feel to it, the way it goes on with its story and level design. The characters are more detailed than ever and the only complaint I had with this game was the lack of proper rewards and medals (which is now fixed in the remastered version)

The Uncharted Remastered Collection is a great way to dive back into Nathan Drake’s epic tale to find lost treasure. Each and every game in this trilogy is packed with detail and iconic scenes. If you are a newcomer who is yet to experience this piece of beauty, do yourself a favor and get this game right now. If you have already played these games on PlayStation 3, there are plenty of reasons for you to re-experience one of the best action-adventure series of all time. The lack of multiplayer and cooperative content is a big disappointment considering the fact how much fun and engaging they were.