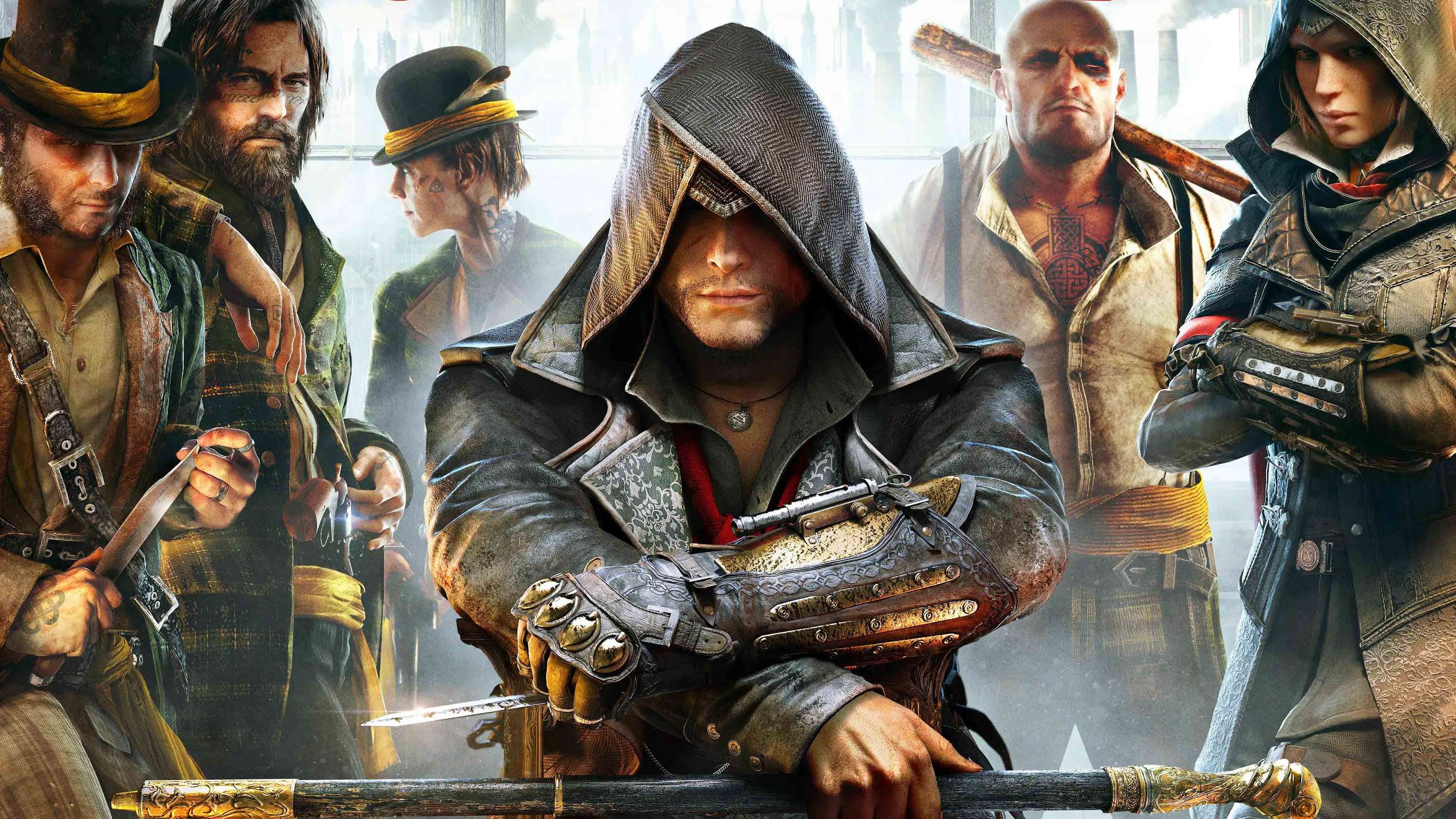 Last year’s Assassin’s Creed: Unity was infamously glitchy and one of the most poorly received Assassin’s Creed games, so Ubisoft Quebec’s latest instalment in the franchise must stand on its own two legs and make up for last year’s game. The good news is that Syndicate is no Unity, but in avoiding that pitfall, is it playing it too safe? Read on to find out what we thought of Assassin’s Creed Syndicate. 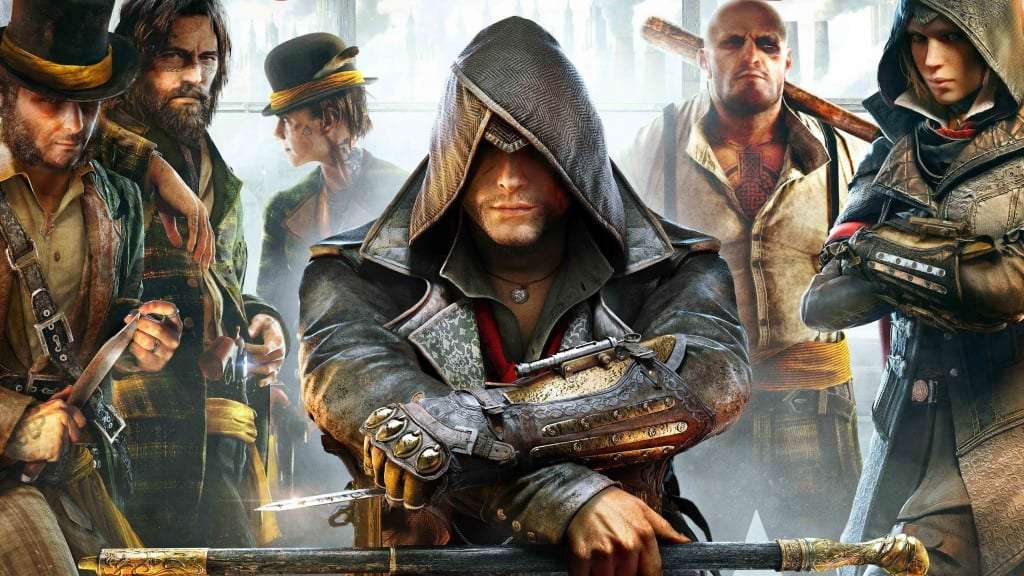 Syndicate takes place in London during the 1860s. Siblings Evie and Jacob Frye, a pair of Assassins, are looking for excitement and adventure in a town that’s known to be the stronghold of the Assassins’ longtime enemies, the Templars. The Frye siblings set up their own gang, the Rooks, to build an army. As Jacob takes the fight to the Templars, Evie is embroiled in a hunt for the Shroud of Eden, an ancient artifact that is rumoured to grant immortality. Together, the Frye siblings seek to break the Templars’ hold over London and bring freedom to all. Along the way, they encounter a host of historical figures, from Alexander Graham Bell to Charles Darwin. 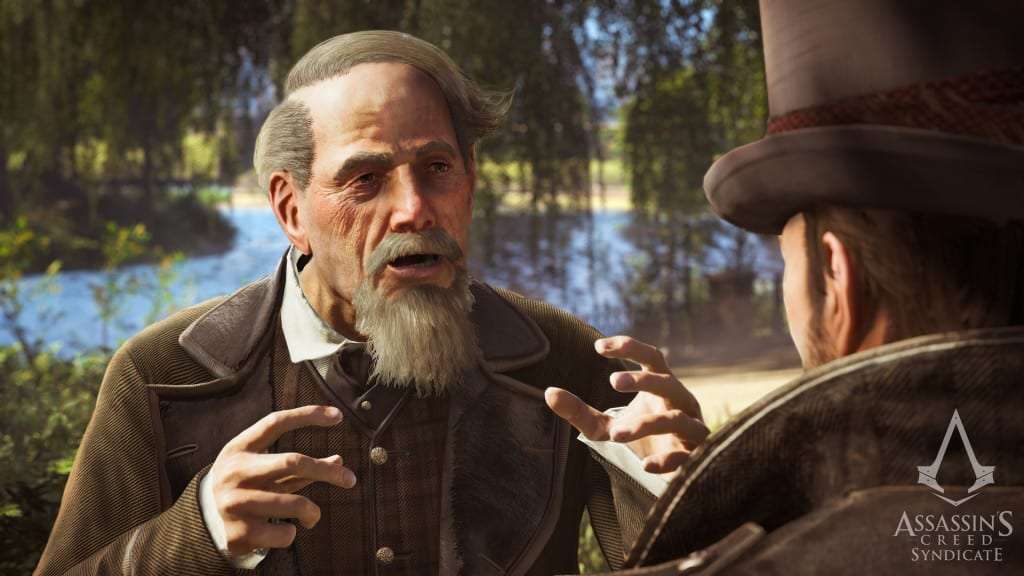 Syndicate is a hybrid of the recent Assassin’s Creed games in that it borrows mechanics from Unity but goes back to the style and feel of earlier games. Your characters are far more in the “comicbook action” vein than the more realistic tone of Unity. Combat is more like to Batman: Arkham Knight, making this the best fighting the franchise has seen to date. You’ll quickly begin to dominate enemies, but it feels fast and engaging, and it’s easy to get overwhelmed if you let down your guard. Large group fights are fast and brutal, and there’s encouragement to plan your moves. 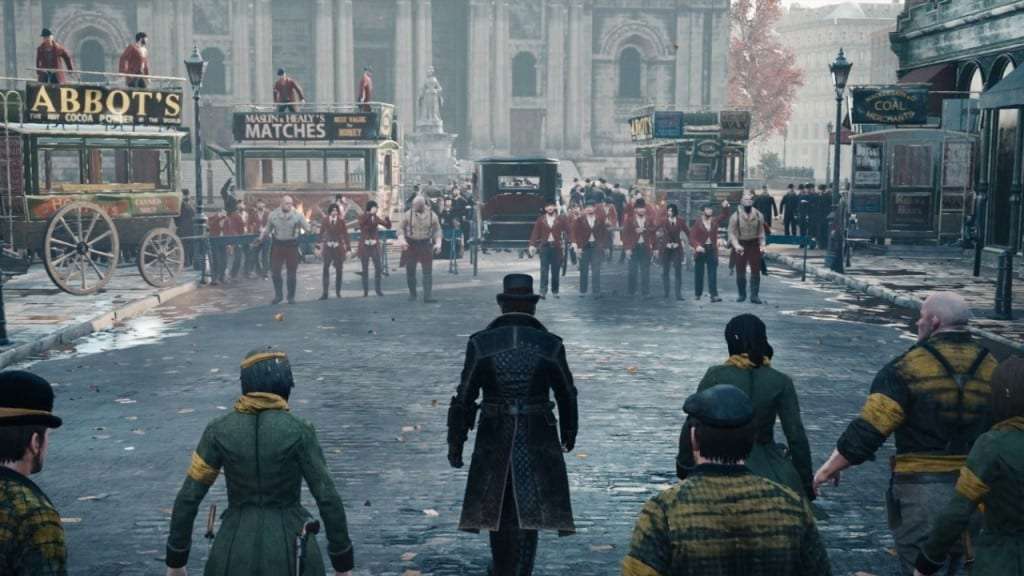 The stealth and parkour mechanics will feel very familiar. Syndicate uses the modified parkour mechanics from Unity, so you have more control. The big addition is the grappling hook, which allows you to rocket up to the top of a building or zipline between two buildings. Traveling around the city feels a lot faster and smoother, and it makes it less tedious to reach Viewpoints. The only downside is that it removes some “flavour” from the game since there’s no reason to climb a building once you get the grappling hook. The movement controls have the same unfortunate stickiness in Unity; they’re great for fast movement but awkward for precise movement. Fortunately, the game rarely asks for the latter. 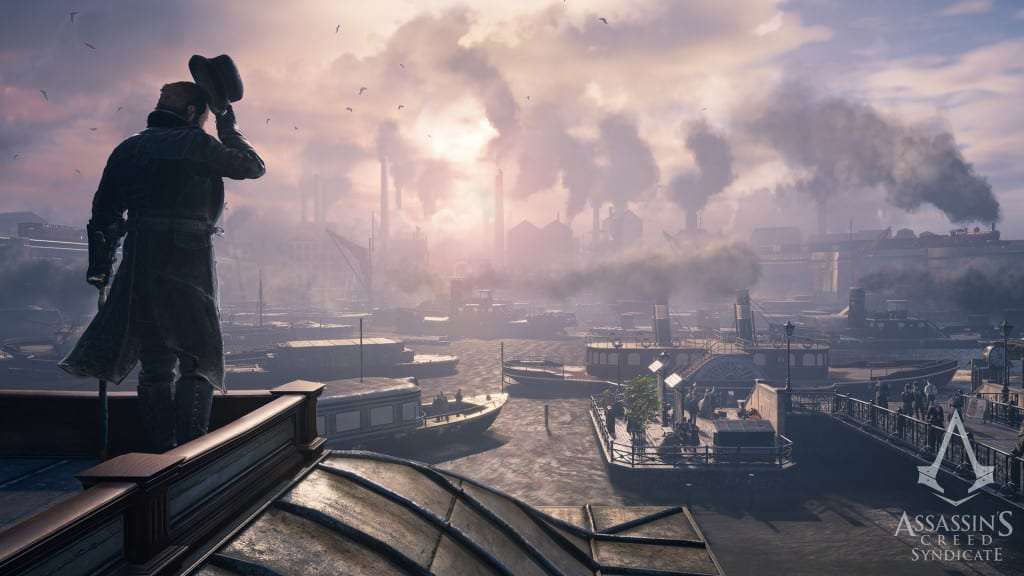 There are some annoying missions, though. I wasn’t fond of the kidnap mechanic. You can grab an enemy from behind and use him or her as a personal shield to walk through heavily guarded areas. It’s an amusing idea but dull in practice because you have to walk pretty slowly to avoid getting noticed. The game is not entirely free off the occasional tailing mission, which is no more enjoyable now than it has been in the history of the franchise. Carriage racing is also weak and doesn’t play to any of the game’s strengths.

Visually, Syndicate is a step back from Unity, but the game runs much smoother than even a heavily patched version of Unity. While the environments and characters are a touch simpler, they still look quite good. The frame rate isn’t perfect, but it’s far closer to what’s expected from the franchise. 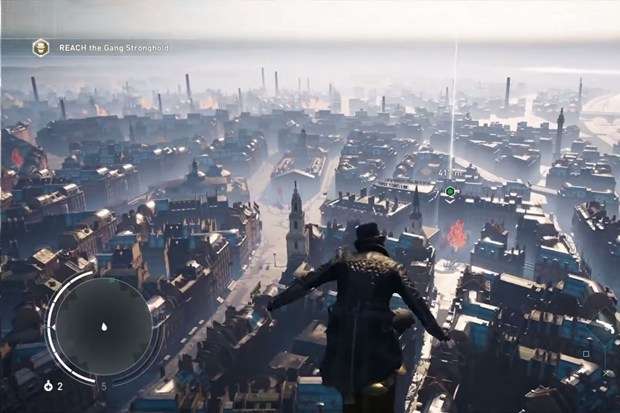 Likewise, there are some expected glitches but not constant bugs. I did suffer a hard freeze in one mission where I went slightly outside where the game expected, and there are numerous AI quirks, but nothing soured the experience much. 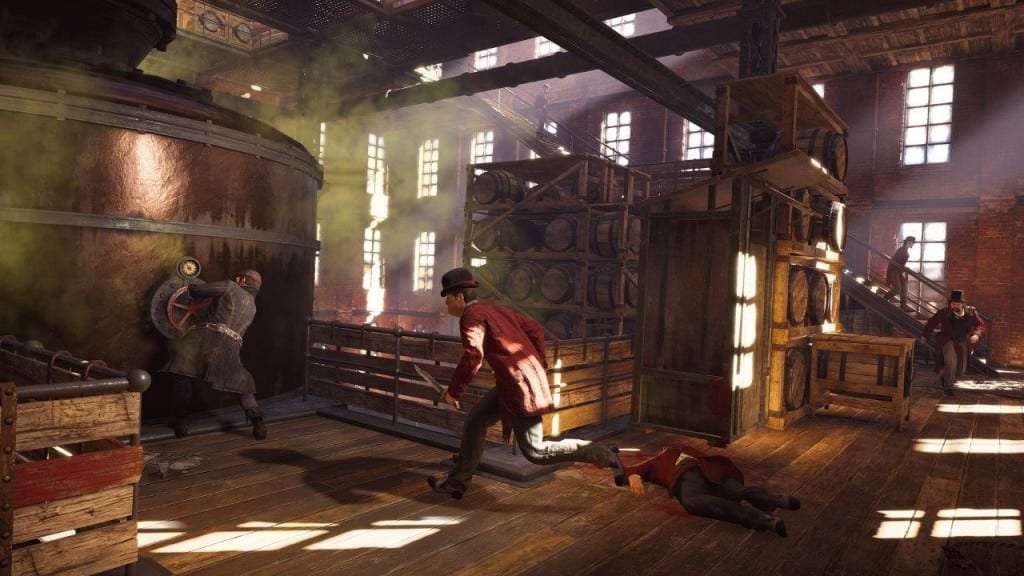 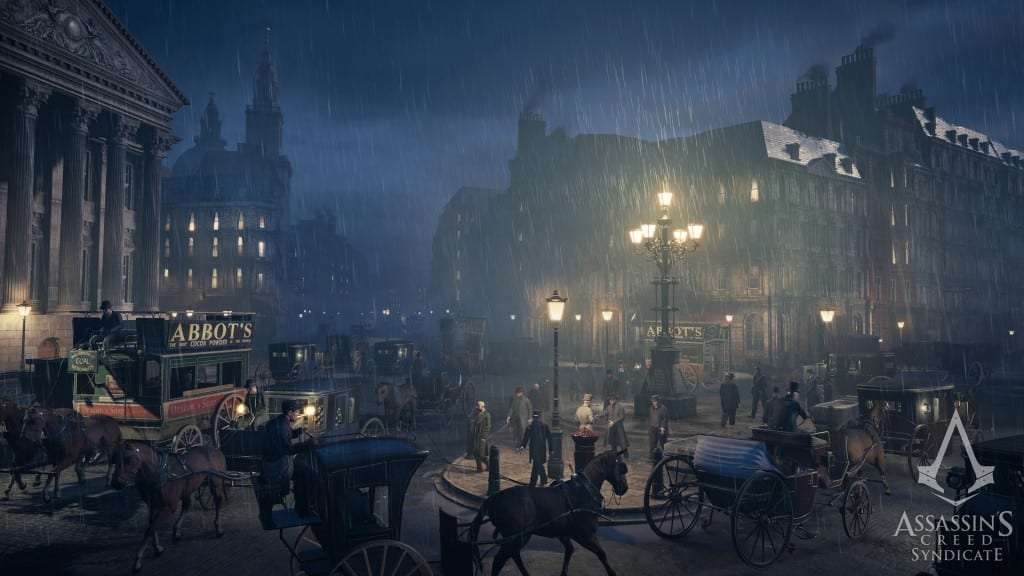 Assassin’s Creed Syndicate is a refreshing entry in the franchise. Though it doesn’t rival the best entries in the series, it can certainly hold its head high in comparison. Syndicate may suffer from some underdeveloped characters and some of the latter key plot points feel oddly out of place, but the missions along the way help provide a largely fun experience overall.

Some may find the lack of realism a turn off, but when gameplay aspects such as combat, traversal and mission variety are this fun – it’s easy to turn the other cheek.

Over 9 years since its original release on PlayStation 3, The Last of Us is still regarded by many as…