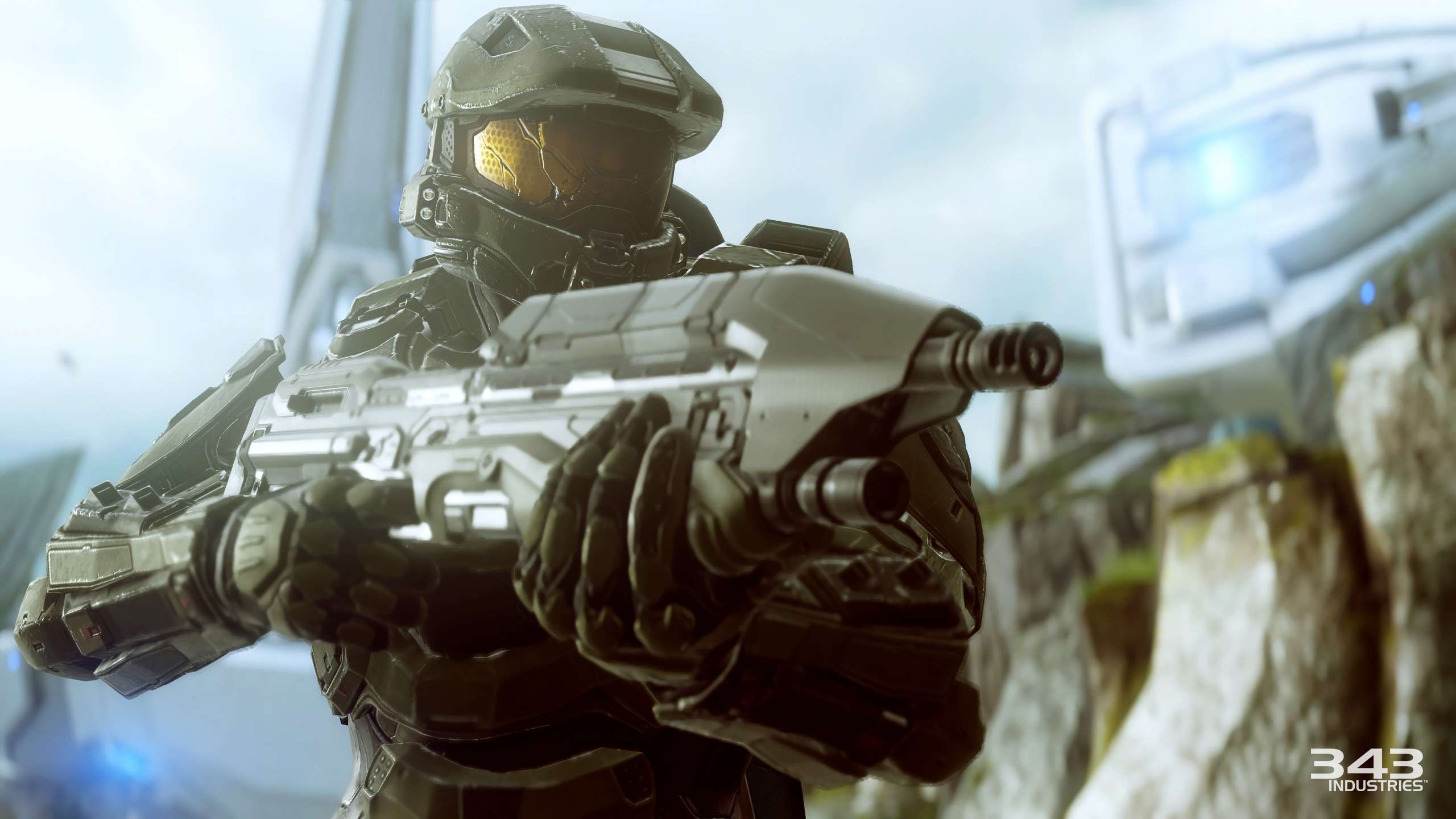 Halo 5: Guardians is possibly one of the trickiest games to review that I’ve ever encountered. It’s the 6th installment in one of gaming’s biggest franchises and certainly Microsoft’s biggest. How do you review it? Do you compare it to just it’s brethren or to a modern day FPS? Also, given the two different sides of Halo (single and multiplayer) this complicates things further. If the game completely blew me away then these questions would be redundant. But, it didn’t.

Halo 5 goes back to the roots of Halo 2 and presents two different strands of one story. In it, Fireteam Osiris (former ONI assassin Jameson Locke and his band team) are tasked with rescuing Dr. Halsey, while Master Chief and his surviving Spartan-IIs are investigating a research vessel. Then, Master Chief defies orders and starts chasing something across the universe and Fireteam Osiris is tasked with bringing Master Chief back in. 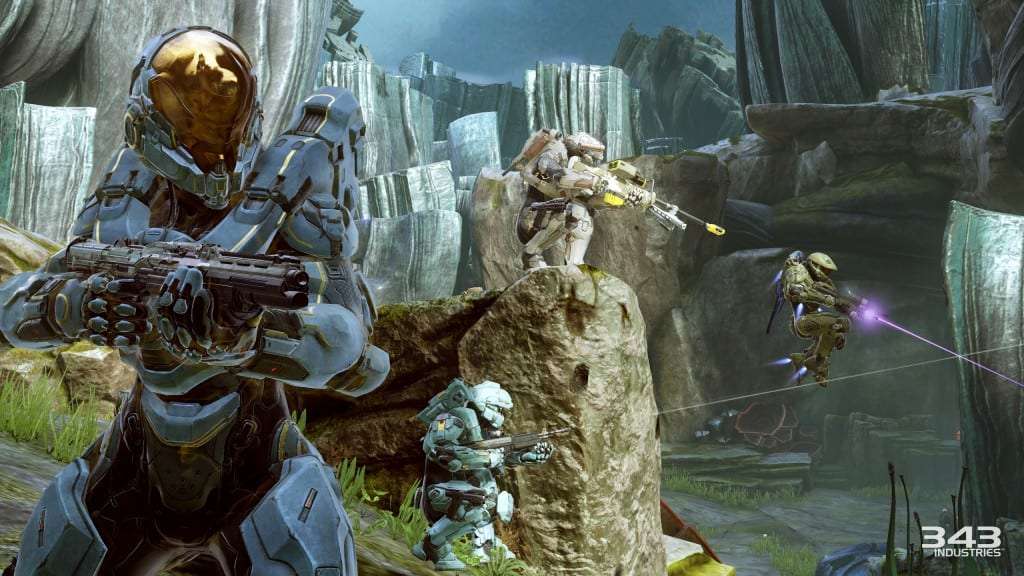 If the story on paper sounds weak then you’re right. For most of the game it’s unclear where things are going but as they start to unravel, the game gets a great sense of momentum and starts to make some big series-defining moments but honestly, you’ll be ⅔ of your way through the game before you get to that point.

It’s difficult to not spoil what happens but you won’t be playing as Master Chief for most of the game, in fact, you’ll play as him for only a handful of missions. Halo 5: Guardians decides to build on Fireteam Osiris and with Nathan Fillion providing his excellent hair, talents, and some great dialogue between the team. It’s nice to have a team with you while you play as if you die (which you will, a lot), you can get them to revive you on the field. Except, if they’re dead and you go down, you’ll be restarting at the checkpoint. It’s not frustrating until your teammates die, you pass a checkpoint and then you find that you’re left with zero support if you go down. You’re forced to go back to the last checkpoint. It’s a nice addition in theory and it’ll probably be better when you’re playing with other humans (which you can do).

Speaking of playing with team members, this has had a great impact on the game itself. Maps are bigger, you can strategise and take a route and have your teammates flank the other. If you’re playing on your own, you can designate a target or point for your team to move to which makes things much easier. It also means there’s now a proper variety of weapons meaning that if you want to snipe your way through the game, you’ll be able to most of the time.
Halo 5 also marks a real attempt to bring the shooter into 2015. There are open world-esque points to the game where you can talk to multiple people but that’s about it. The real improvements come from gameplay. You can jump over objects easily, hover, smash down from the air, burst forward, sprint is unlimited… it takes a lot of real world barriers away which frankly get in the way of having fun which is what matters. Most decisively, you’ll be able to aim down the sights using the left trigger. Now, this isn’t done in the same way as Call of Duty does it. If you’re hit, you zoom out. You don’t get any accuracy gains by using it, it’s more of remapping clicking the right stick in. It’s a great way of getting new players in as aiming down the sights is pretty standard fare in modern FPS. 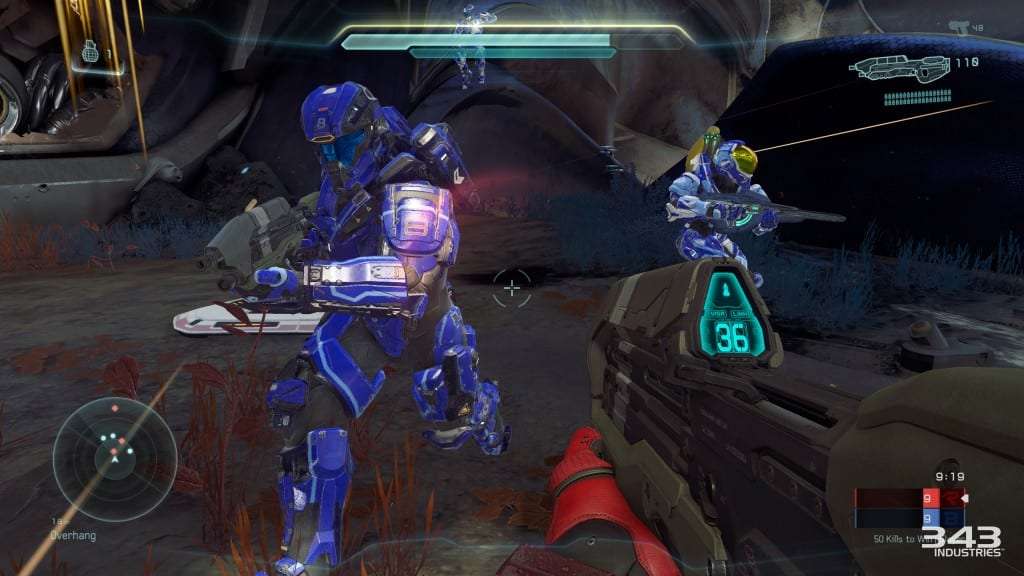 In terms of how the game looks and feels, it’s without a doubt one of the best (if not the best) looking games on XBox One at the moment (if not the entire generation so far). The worlds could do with some more life in them but the constant dialogue between team members keeps you going. Guns look great and sound great but there could be a few more as you progress to add variety to the game. As always, vehicles are amazing to pilot and you’ll get a few chances to do just that.

So why did I leave the campaign feeling deflated? Well, towards the end you realise just how much time was wasted and the best action feels rushed. The boss levels are lazy at best. Throwing more of the same enemy at you is not how good gameplay works and I’m surprised that 343 Industries did this. It just gets repetitive and difficult, it gets in the way of a story you want to finish. If we compare Halo 5: Guardian’s story to other story driven games, it struggles to hold a candle to them. It’s probably the best story idea in the last few Halos but arguably one of the worst executions. Quite simply, far too little time is spent with Master Chief and the mind boggles as to why.

So to recap, story (alright), co-op (great), mechanics (much improved), graphics (stunning). What about multiplayer? Well… thankfully I’ve got some better news on that front! Multiplayer is Halo at it’s absolute best. Those gameplay improvements? They do change multiplayer a lot and for the better too. It’s just easier to get around, easier to shoot people, easier to get into and that’s going to make a huge difference getting the next generation interested in Halo. It’s the most accessible Halo ever. It also comes with a few new modes, Breakout and Warzone. 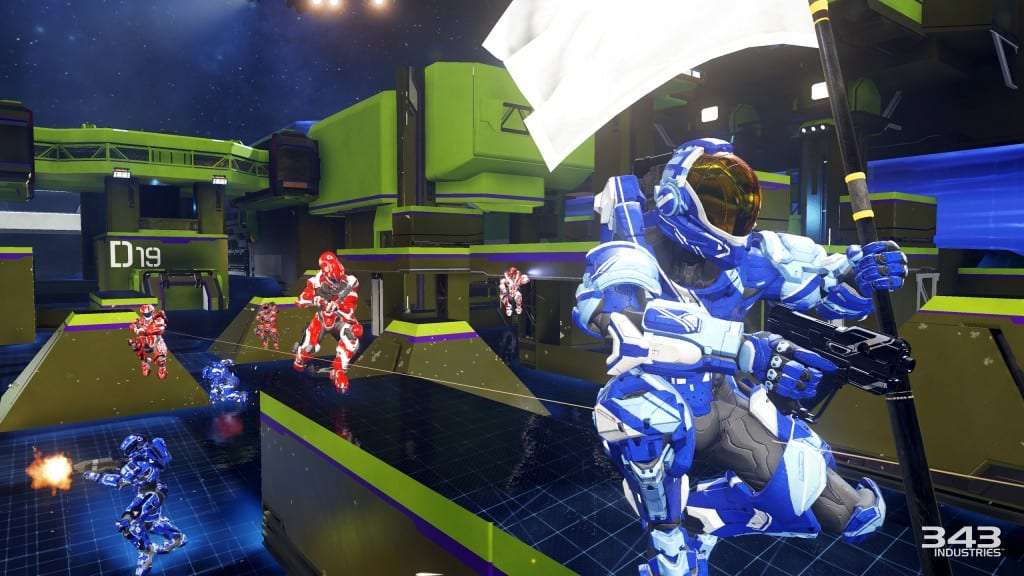 Breakout is arguably the most fun of the two with it’s tight arena based gameplay, 4×4 no respawn action and capture the flag gameplay. It’s Halo distilled down to it’s purest form and it’s utterly brilliant.

Warzone takes a few nods from Titanfall’s multiplayer. We get non-story cutscenes going in and out of these large 12v12 matches. You’ll face some neat ai-controlled opponents too and did I mention, the maps are 4x larger than Halo normally!

You fight for three control points and keeping those control points let’s you access higher grades of weaponry from your arsenal. You’ll buy these through ‘REQ’ points which buy card packs containing weapons, armors, skins, assassination animations and more. If you’re impatient, of course in 2015 you’ll be able to buy them through microtransactions but honestly, it’s more fun earning them. 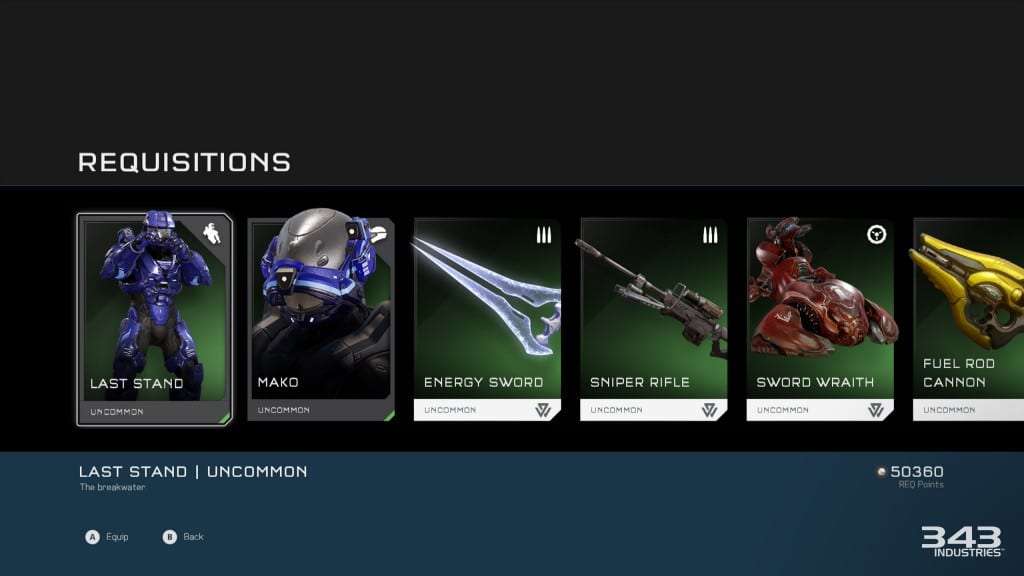 To win this, either get 1000 victory points by defeating real and AI opponents or destroy the enemy’s ‘core’. If you’ve got their three bases captured then this is much easier to destroy. It sounds complex but it’s surprisingly easy to get. It adds a new dimension to Halo but only has four maps. Here’s hoping for DLC!

If you own an Xbox One, you should experience Halo 5. It’s a brilliant multiplayer experience that’s reinvented for 2015. It’s just a shame that didn’t extend to the single player mode.