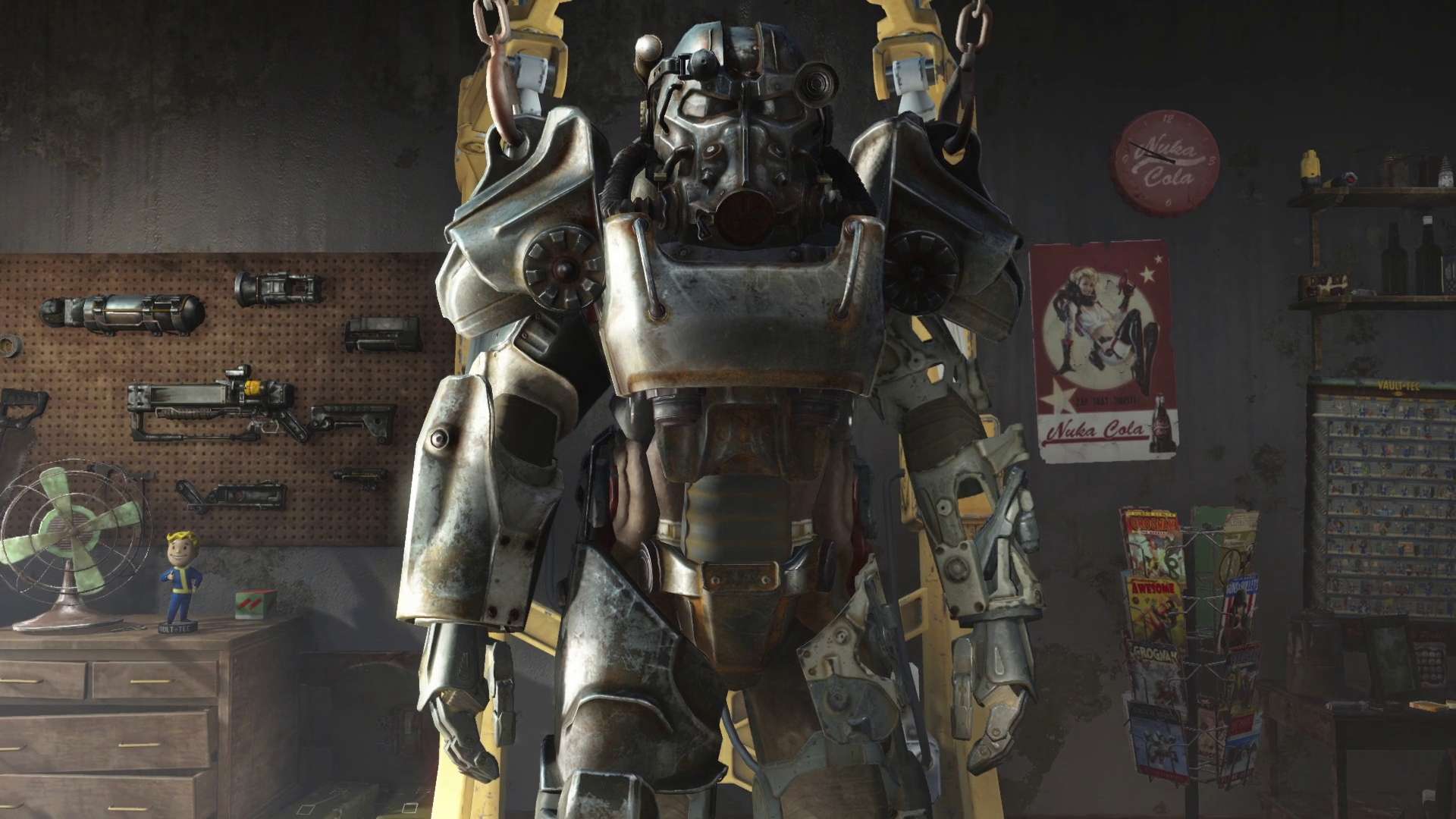 The first time I heard the phrase “Water-Cooler Game” was from one Yahtzee Croshaw describing Dead Rising 2’s ability to create endless hours of narrative discussion between players; which weapons they created, which survivors they chose to save, which shops sold the best women’s clothing. This quality in a game, to induce telling one’s tale, is what can send it from a financial success to a topic in an economics lecture. What I’m saying is the most fascinating thing about Fallout 4 is what you make of it. The Fallout series of games comes to us from the publishers behind the biggest vitamin D deficiency epidemic in recent years, The Elder Scrolls V: Skyrim. 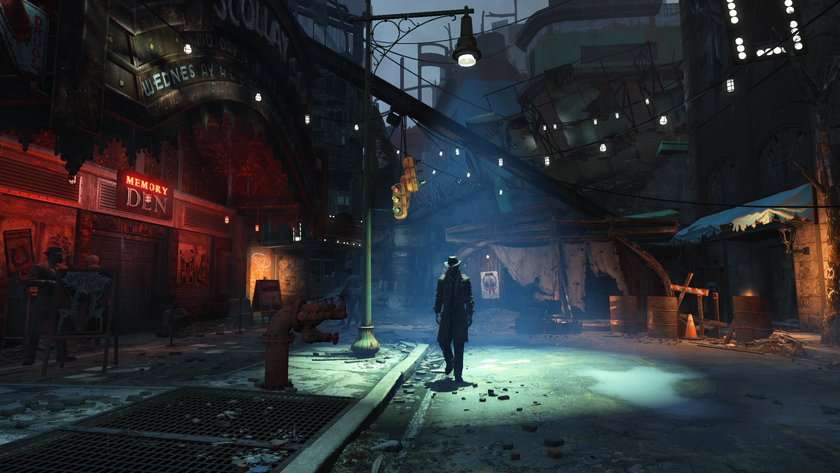 Last time we met Pip-Boy and friends, aside from this year’s Fallout Shelter, a harsh lesson in controlling yourself from screaming on public transport, was in the Mojave for Fallout: New Vegas. The last in the numbered series, Fallout 3, was an award winning golden child receiving Game of the Year titles, several successful DLC campaigns and a memorable, yet short-lived, Liam Neeson cameo.

This time around we have moved to Boston, MA., The Athens of America, City of Notions. You play as a resident of Vault 111, who, defying all known laws of reality, has left their underground vault 200 years after nuclear war completely and utterly destroyed or mutated almost all life on earth.Radiation has torched the entire earth in the 200 odd years since the Great War of 2077, creating radroaches, deathclaws, and a whole host of other creatures straight from the mouth of madness. Humans left outside have felt the wrath of magical radiation resulting in ghouls, whose exposure to said radiation has left them resembling a piece of fruit lying forgotten under a radiator. 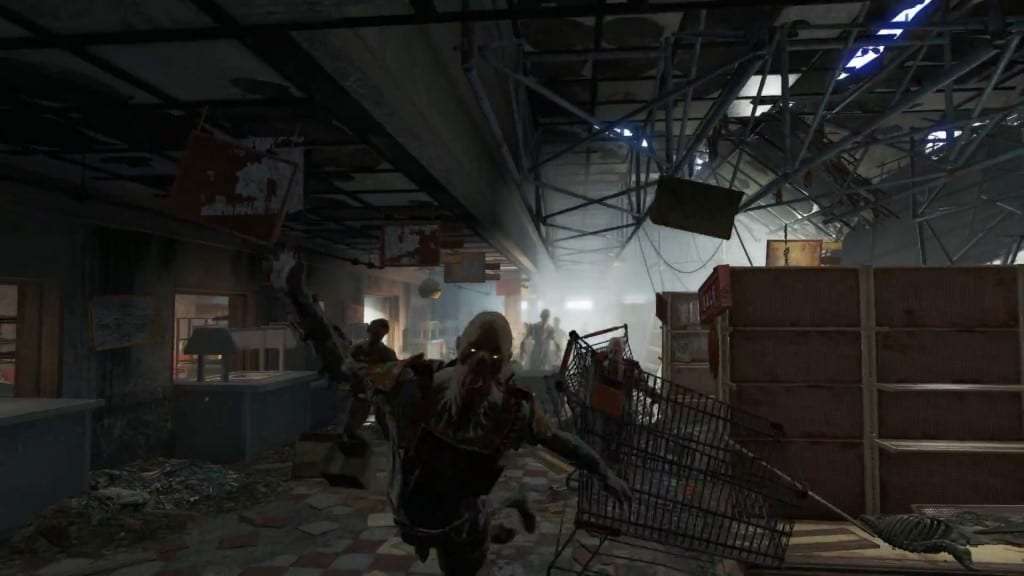 After nearly 20 hours hours of gameplay I’ve yet to even approach the end of what one might call the “main” story. Getting to the end of the main story can often get put to the side because you ran past a guy asking for a hand with his water pump, or get chased miles from your destination by raiders. Skyrim had a similar affliction wherein procrastination is often more tempting than the story the designers slaved over. Once you have the right amount of Charisma you can start building a settlement and then the real procrastination begins. If you loved or at least tolerated the management sim Fallout Shelter then this will feel like familiar territory. A solid warning to anyone genuinely afflicted with OCD: this will either be therapeutic or a living nightmare.

The story in any game is the missions and quests the designers set you, but with Fallout 4 the narrative of how each player navigates those stories is the part they may spend hours discussing over the proverbial water-cooler. And so, for your pleasure, some things I got up to in my first few in-game days of Fallout 4.

After returning to my hometown of Sanctuary, I burgled all my neighbours. One of them had been a drug dealer, and was selling to everyone except me. The residents of Sanctuary were very stylish. 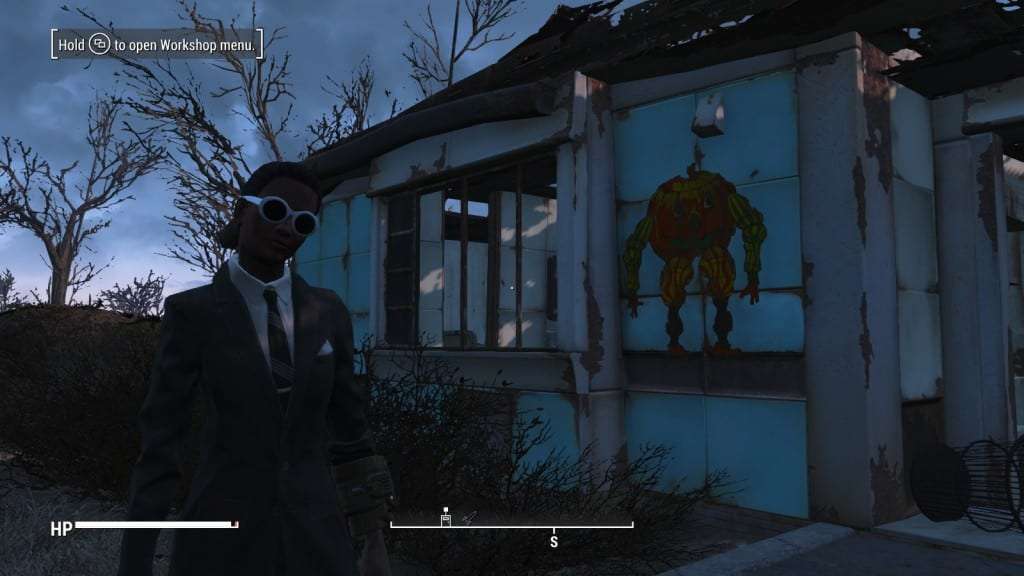 Came across some poor unfortunate soul who had been crushed by a tree while sleeping. I stole their stuff. 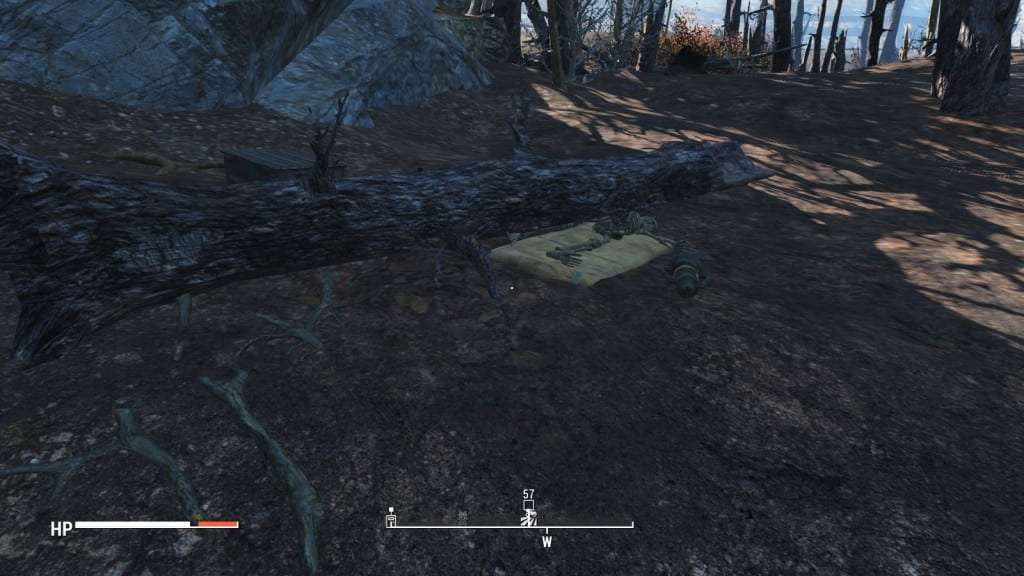 I met the evil monkey from Toy Story 3. 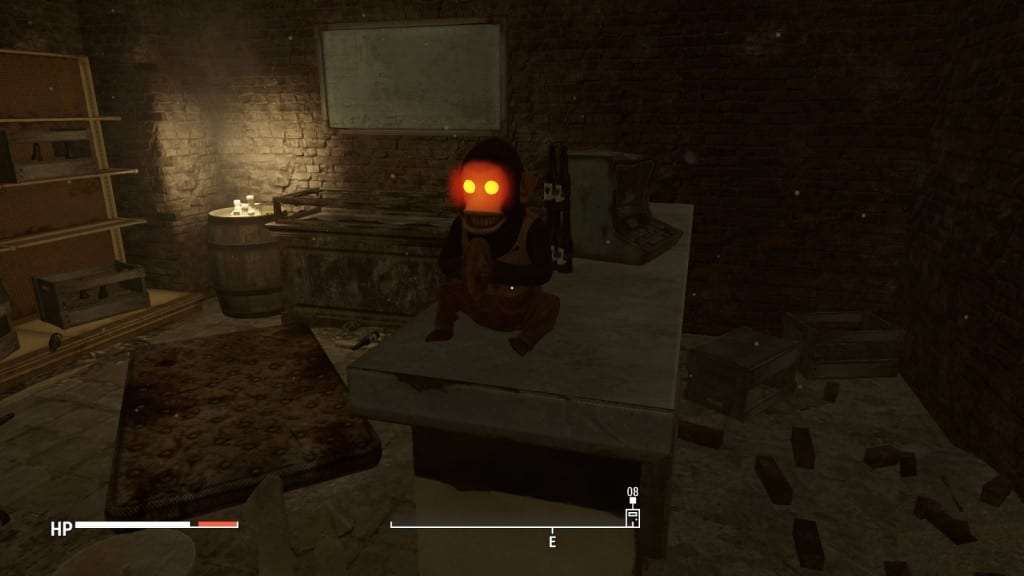 And I accidentally walked in on this lady on the bog. 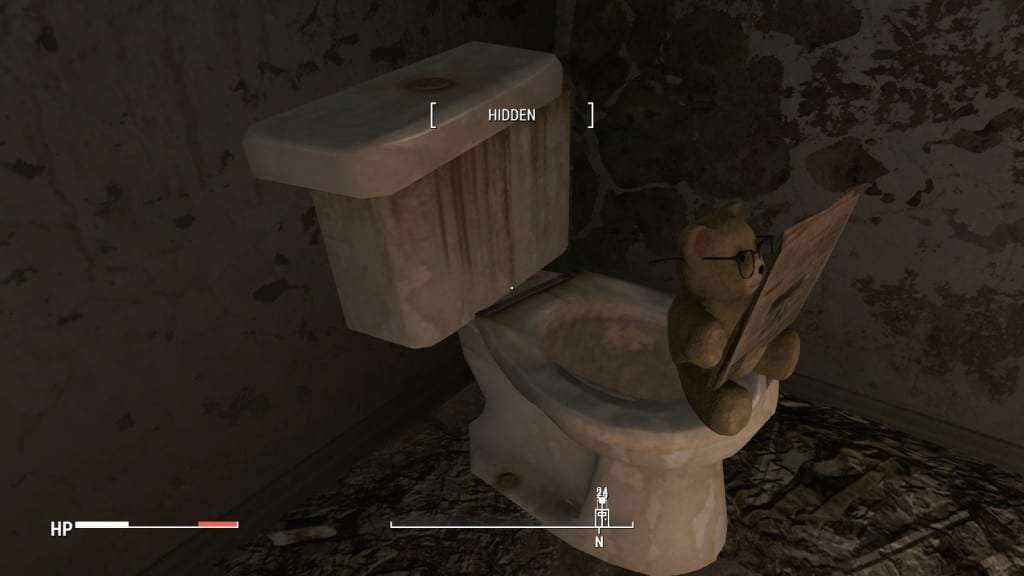 Out with the old, in with the new: Do You Know What Makes You S.P.E.C.I.A.L?
S.P.E.C.I.A.L stats are the manner in which the player levels up, each stand for a different aspect of your wilderness training: Strength, Perception, Endurance, Charisma, Intelligence, Agility, and Luck.

In order to boost specific stats like bartering or critical damage the player can find magazines to give a permanent increase.

Scrap Everything and Start Again:
Previous Fallout games had perks and crafting, sure, but the new system means that all those bits of crap that used to block your view of bobby pins can be used to add a scope or a knife onto your weapon, or upgrade your armour. Basically, pick up everything you can carry, and what you can’t carry give to your dog, who can carry a shocking amount of duct tape and desk fans.

Radioactive, Radioactive:
Radiation has a new cruel agenda. Taking a lead from Fallout Shelter, Fallout 4’s radiation eats away at your health bar reducing your maximum health until you use Radaway or get to a medical professional. Also radioactive stormclouds. When they come, you’ll know.

I’ve Got The Power:
Power Armour is a game changer. It ups defense, the Strength attribute, and allows you to jump from a height without taking fall damage. Although watch out for NPCs below you, they get mighty spooked when you crash in on them. 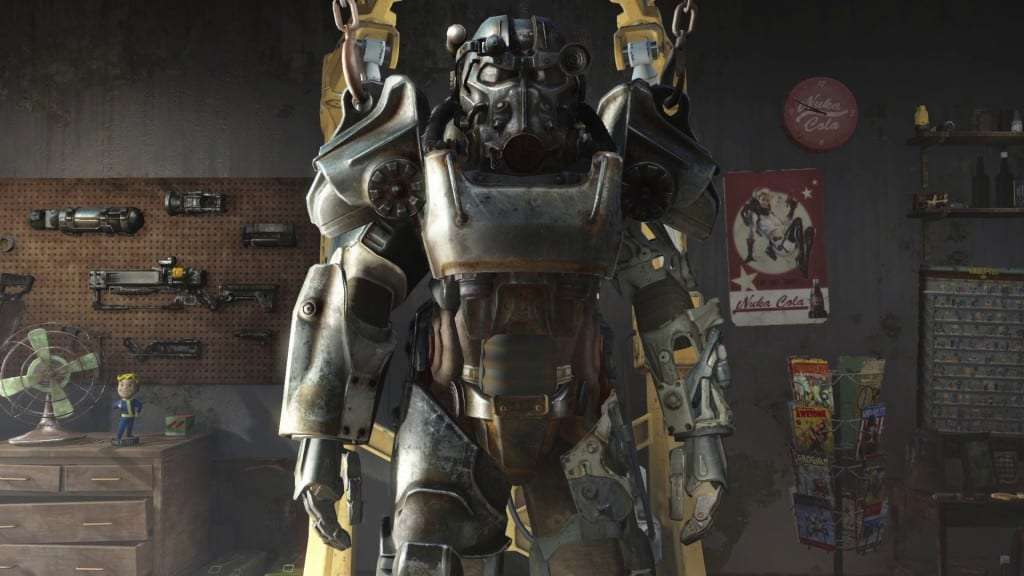 I’m not going to lie, I didn’t even notice. I’m playing through Steam rather than console, and it told me from the beginning that the graphics would be set to a reality crushing “Low”. However, despite my initial fear it ran fine and looked a treat. The environment art is so immersive and breathtaking that at no point did I question why everything wasn’t hyper photorealistic, or was too enamoured with the NPCs to care that their hands were punching through walls. Eventually (we pray) the modding community will be allowed to get their hands on the data files and begin the lord’s work once again. Until then, I’m going to just focus on the fact that I can get a jetpack and not that the mouth animations were conceived in a nightmare. 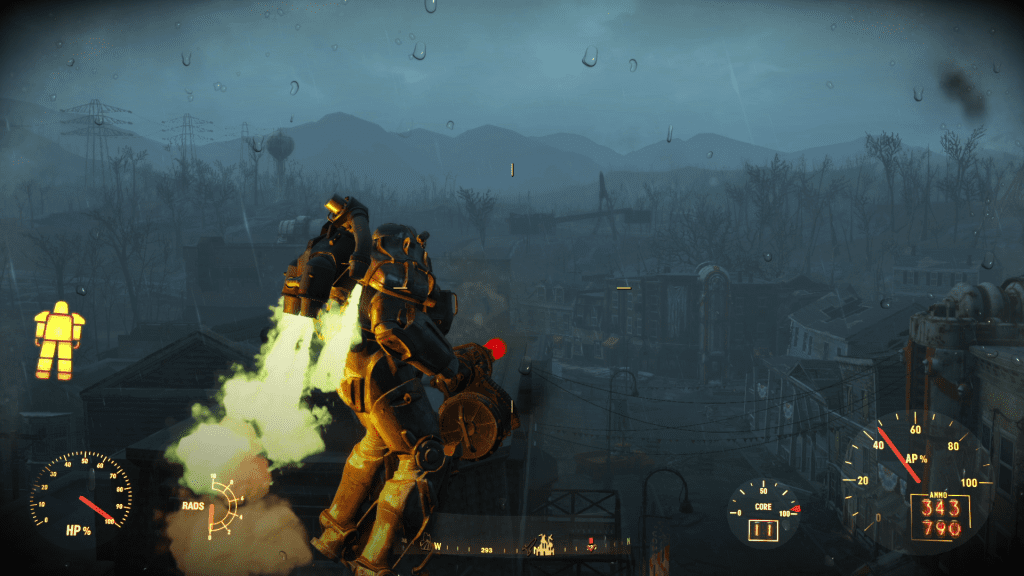 Fallout 4 is terrible because everyday things like laundry and meeting friends seem like wastes of time now, and as such I recommend it to all RPG fans, those with patience, and those with a love for getting lost and stealing. This game has more than I have time to talk about; companions, factions, The Minutemen, Super Mutants, the Diamond City Radio presenter. New players to the series may wonder how they went so long without Fallout in their lives, but it is not for the faint-hearted.

This review was done by TheEffect.Net Contributor Molly O’Grady.