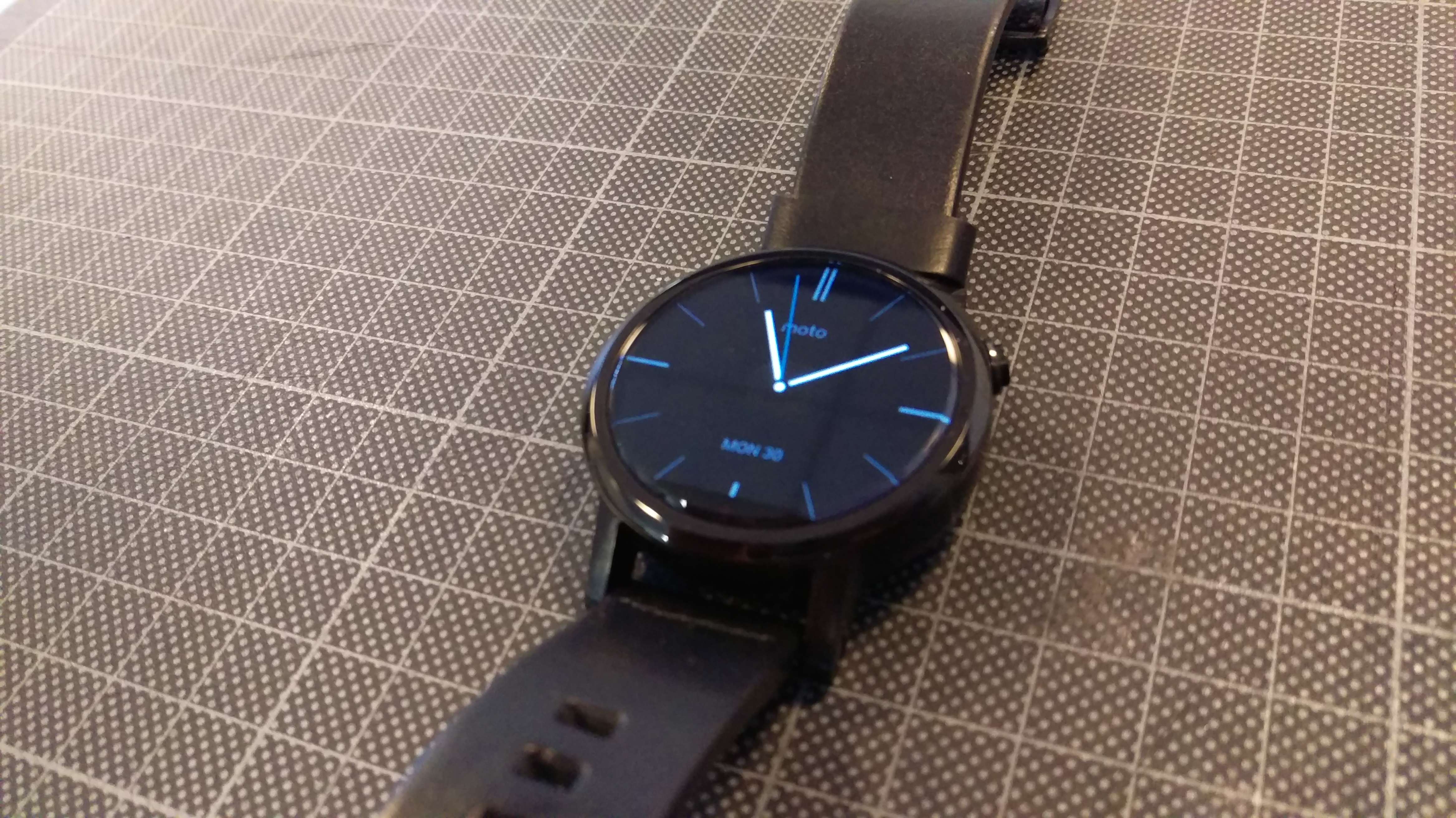 So we’ve been using the Moto 360 (2015) smartwatch for a few weeks now and here is what we thought of Motorola’s latest entry into the smartwatch market. Have they learned from their first Moto 360? Is the battery finally improved? Read on to find out.

The first Moto 360 launched last year to much admiration for its stylish design and, at the time, unique round watch face. Now, it’s 12 months later and this is no longer a Motorola exclusive design with LG, Huawei and Samsung bringing out their own round face smartwatches but this Moto 360 is still, in our opinion, the best designed one out there. 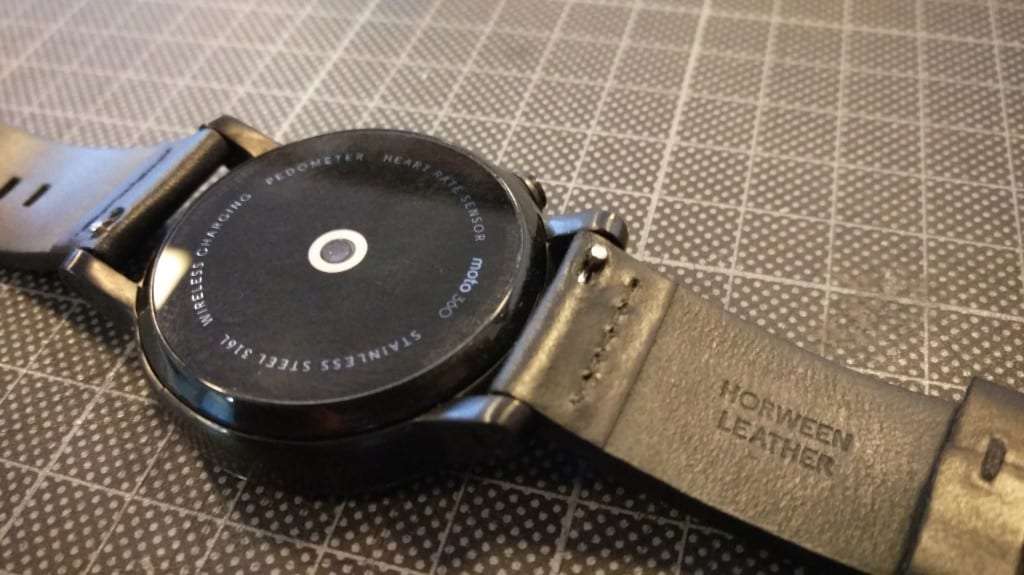 Coming in two size options this time around, a 42MM and 46MM version, along with a woman’s version, the new Moto 360 offers quite a bit more choice and if you’re lucky enough to be in a country that supports Moto Maker, you can design your very own Moto 360 with an extremely impressive amount of customisation options.

The new body of the Moto 360 now comes with prominent lugs at the top and bottom of the watch face which not only make the design that bit more classic but also makes it a lot easier to swap new straps in and out. The crown has also been moved to the 2pm position which makes more sense as you’re less likely to hit it now with the back of your hand. 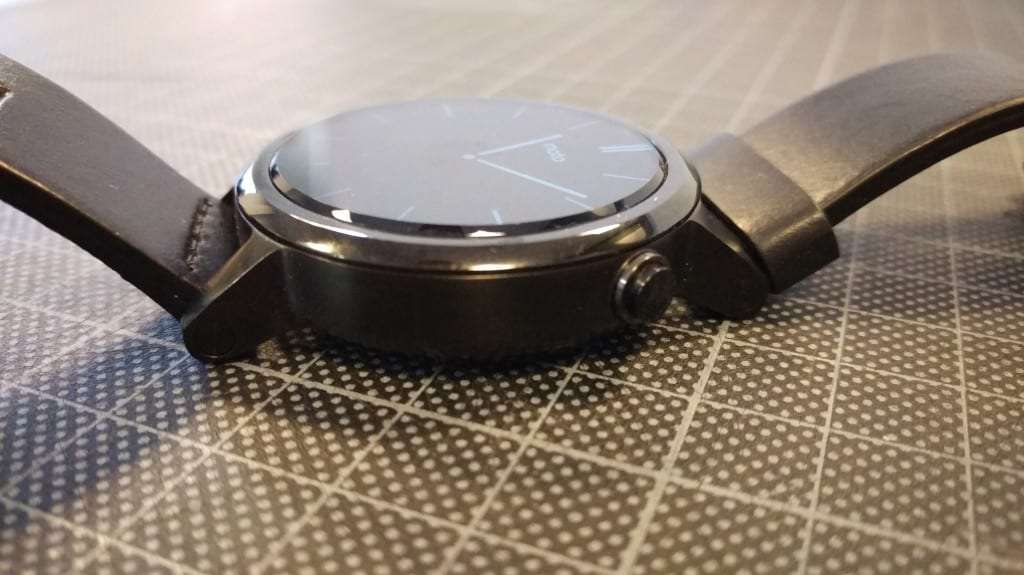 Overall, this new Moto 360 design fits very well on the wrist and with the Horween leather strap, it’s extremely hard to tell it’s even a smartwatch with a quick glance, which is to be commended in itself.

The watch is always charged wireless with its practical Qi wireless charging dock that pops the device on its side and turns it into a handy little bed-side clock whilst it charges. 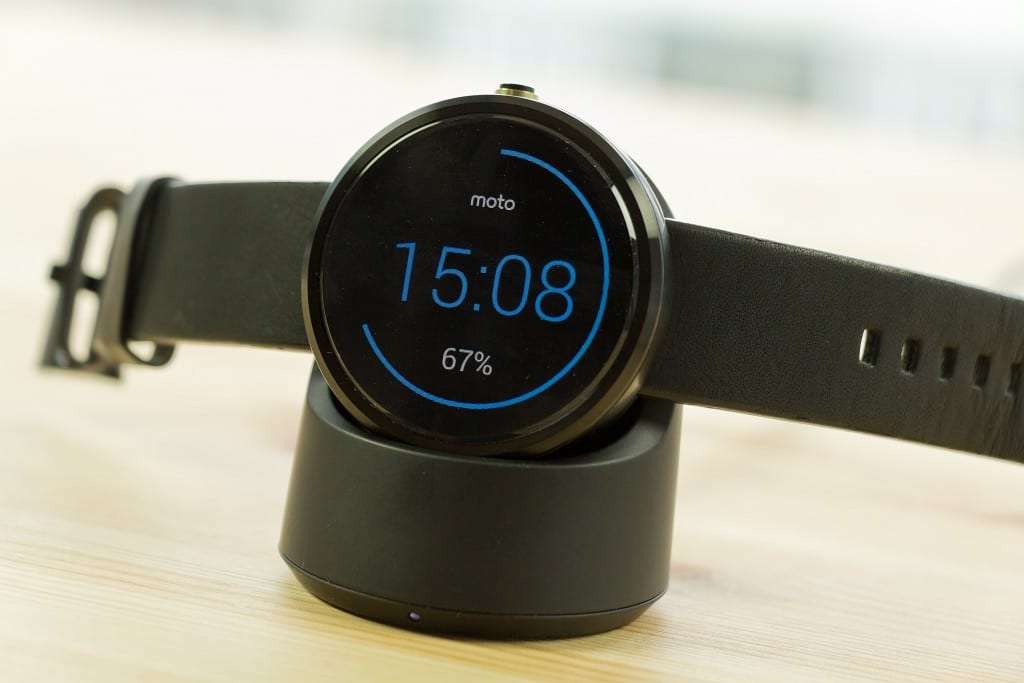 The new Moto 360 is running Android 5.1 Lollipop on top of a new Snapdragon 400 processor and 512MB RAM which make it a lot more responsive than its predecessor. We got the chance to test of the 42mm model and had only a handful of hiccups throughout our time with the device. 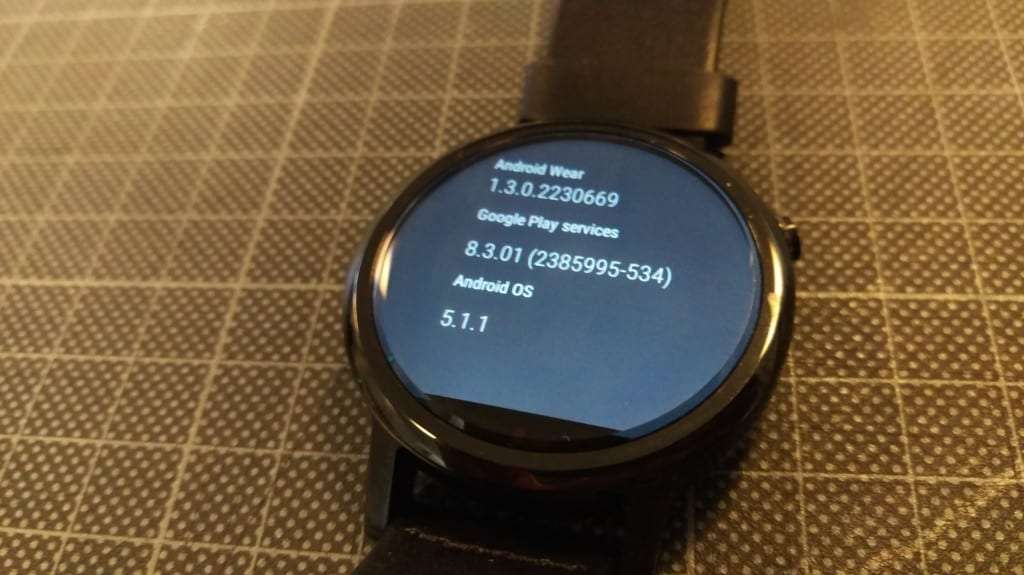 With a recent update having been pushed down to the Android Wear app, the new app and contact slides to the right of the homescreen are a welcome addition and its ‘Okay Google’ registration is very responsive and quick. The new ‘always on display’ also adds an extremely handy ‘e-ink like’ screen to the watch when it’s not in use so that you can always see the time without the need to push a button on the watch to do so.

One of the big issues many had with the first Moto 360 was that the battery left a lot to be desired. Now, with its new processor and tweaks to the software, and even with the new ‘always on’ feature, the watch lasted a full day for us with a fair chunk of the battery to go which, given that it’s only  300mAh (in the 42MM model), is very impressive. Motorola have done a fantastic job at making sure the battery keeps up with the usage every smartwatch gets nowadays and it’s definitely a step in the right direction. 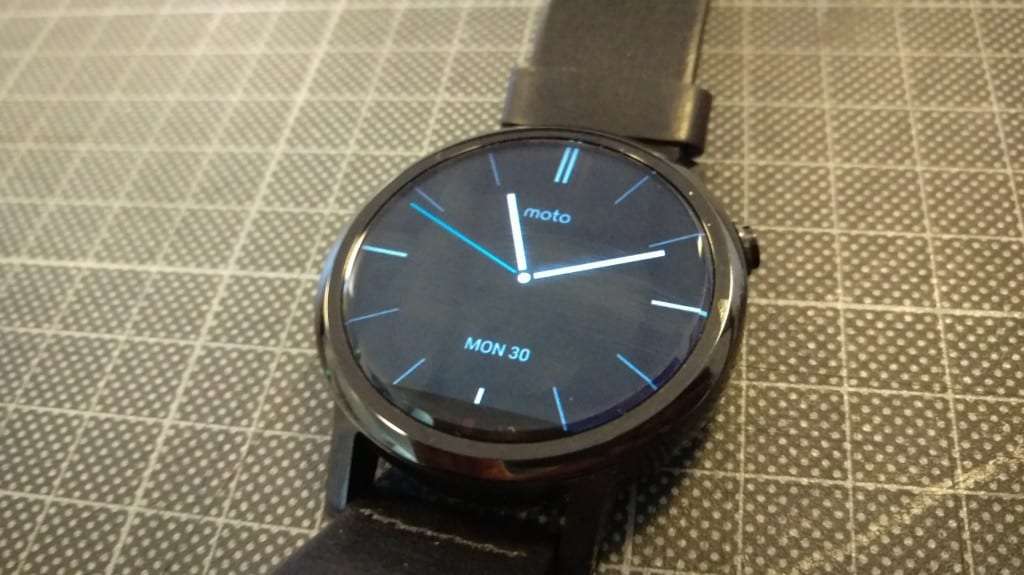 The new Moto 360 really has improved on many of the issues that the first generation suffered from. Admittedly, the ‘flat tire’ is still there at the bottom of the screen to accommodate for the light sensor but it’s something you quickly forget about when you start using the device.

Motorola have created an extremely impressive smartwatch here and one that can hold its own in this rapidly growing tech category.