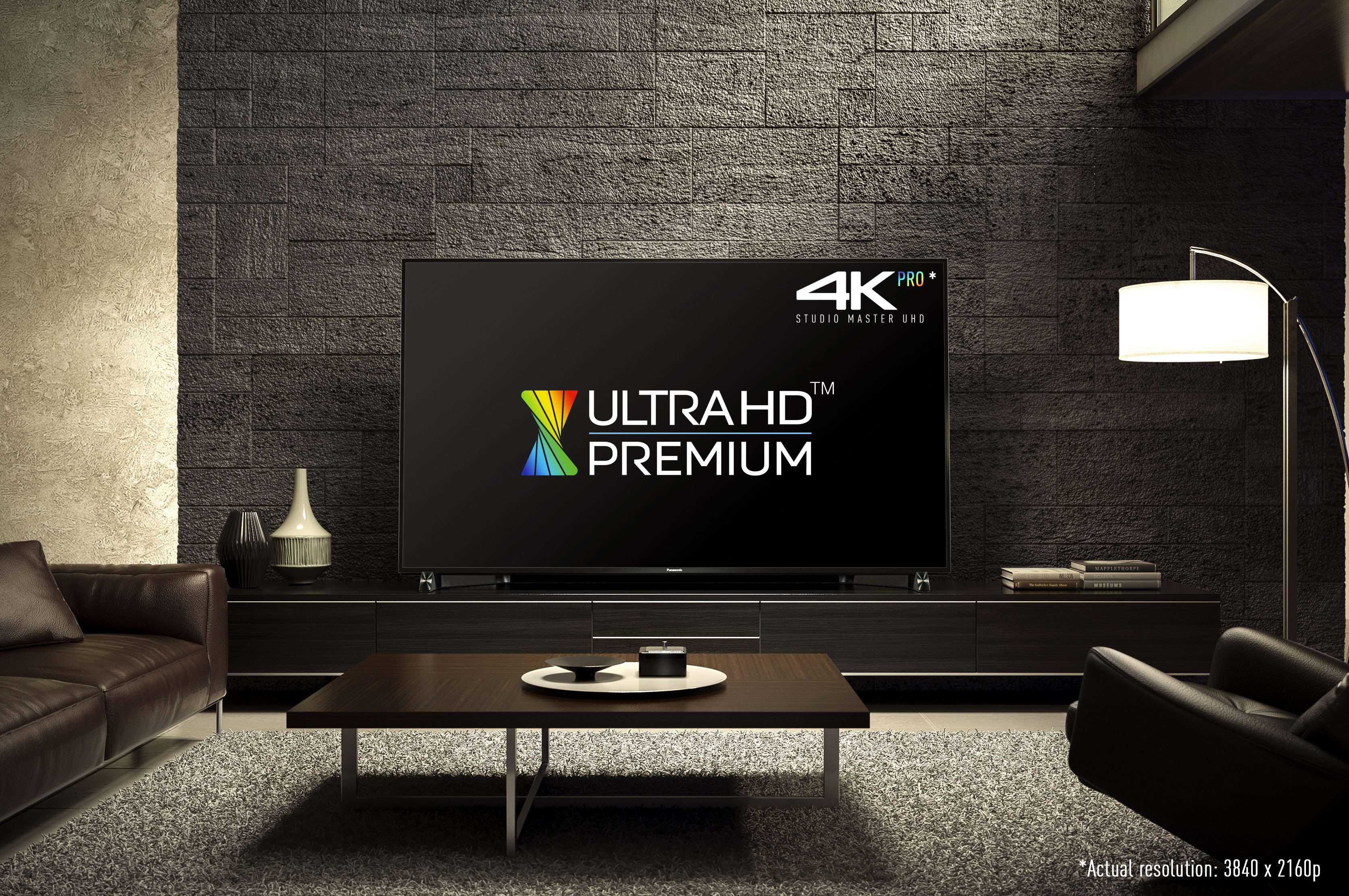 So CES 2016 is in full swing in Las Vegas and there is the obvious focus on 4K from all of the big TV manufacturers. Panasonic, who had their press conference yesterday, were proud to announce that they are launching the world’s first official ‘Ultra HD Premium’ TV.

The new DX900 from Panasonic is fully kitted out with all the latest hardware and software features needed to ensure that the unit not only conforms with the newly announced standard but also with THX’s stringent test of approval. 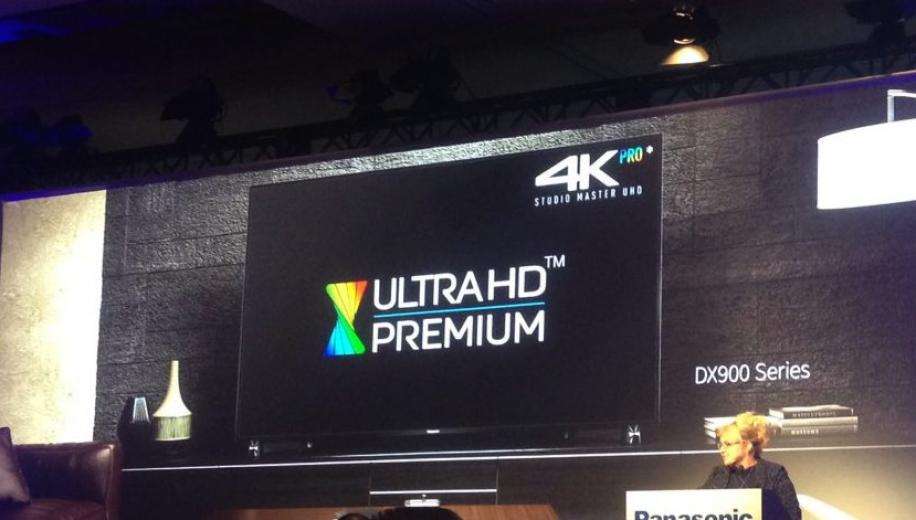 This newly announced standard from the UHD Alliance is a mark for TV makers to prove that their newest models are compatible with the latest UHD & HDR standards designation by the alliance.

The UHDA’s Ultra HD Premium rating is designed to help consumers see at a glance which TVs are best equipped to handle the cutting edge picture formats ready to set new standards of quality in 2016.

With 4K the top of everyone’s list in terms of new TV resolution, HDR enabled TVs are becoming more and more prevalent and many say the feature, when implemented properly, adds as much to an image’s overall appearance and the jump from Full HD to 4K.

The full press release can be found below:

This means that the inter-industry UHD Alliance (UHDA) group – which is composed of leading film studios, consumer electronics manufacturers, content distributors and technology companies – has assessed the new Panasonic DX900 as meeting a whole range of tough picture performance criteria. This takes in everything from resolution and high dynamic range (HDR) performance to image precision, wide colour gamuts and more besides.

Ready for what’s next

The UHDA’s Ultra HD Premium rating is designed to help consumers see at a glance which TVs are best equipped to handle the cutting edge picture formats ready to set new standards of quality in 2016.

To make sure the DX900 is fully up to the challenge of meeting the exacting requirements of the UHDA’s highest performance grade, Panasonic’s engineers developed new hardware and software innovations for the DX900 that take LCD picture quality to places it’s never been before.

In fact, the DX900 manages to combine for the first time the extreme brightness that’s an LCD’s strong point with the sort of contrast and black level response that people used to love about Panasonic’s plasma TVs.

While nobody doubts the potential of LCD screens to go extremely bright to meet the demands of the new luminance-expanding High Dynamic Range (HDR) picture format, questions have been raised over whether LCDs can deliver HDR’s brightness heights without severely compromising their handling of dark image areas.

The DX900 proves definitively that an LCD can indeed deliver both the brightness highs and black level depths of a great HDR experience – thanks in particular to its new Honeycomb structure local dimming technology.

This unique new LCD panel design divides the picture into hundreds of individually controlled lighting zones kept rigorously isolated from each other to ensure that there’s minimal light leakage between them. The result is a picture able to contain extremely bright peaks and deep blacks simultaneously without the light halo or ‘bloom’ effect around the bright objects that LCD technology usually produces.

What’s more, the new panel design can deliver its brightness peaks across more of the screen than conventional HDR LCD TVs. Panasonic calculates that the DX900 can hit 1000 nits across a much wider portion of the screen than other HDR screens launched to date have been able to achieve.

This means that consumers get to see a much more dynamic and vibrant image that really unlocks HDR’s spectacular potential.

While the DX900’s images look unprecedentedly spectacular, as ever with a Panasonic TV there’s no question of the spectacle just being for spectacle’s sake. In fact, their HDR playback has been tuned to an incredibly fine level by Panasonic’s Hollywood Labs to ensure that the DX900s’ HDR performance matches as closely as possible the original vision of filmmakers and content creators.

Not just about HDR: Introducing the new HCX+ video processor

While the DX900 is literally built for HDR, you will still for now often find yourself watching content that hasn’t been made in HDR. Cue the brand new Panasonic HCX+ (Hollywood Cinema eXperience plus) processing chipset, which works even harder and is more accurate than the previous 4K Studio Master Processor to deliver images that faithfully reproduce the pre-HDR Rec 709 industry video standard.

The HCX+ delivers an enhanced version of the 3D Look Up Table system already used to such acclaim on Panasonic’s 2015 flagship LCD TVs, covering huge 8000 registry reference points (around 40 times as many as you get in a traditional TV). Furthermore Panasonic have added a new colour compensation algorithm to further enhance the resulting on-screen colour accuracy. This means the DX900 can reproduce hues and tones within the Rec 709 standard space at every level of brightness. This is done at such an accurate degree that pictures verge on the sort of fidelity only previously possible on hugely expensive professional studio master screens.

The unique ability of the DX900 to harness Panasonic’s technical innovations to creative intentions again owes much to our close working relationships with the film community forged through our Hollywood Labs.

Don’t just take our word that the DX900 is capable of producing images of outstanding accuracy. As well as securing the highest Ultra HD Premium grade from the UHDA, the DX900 has earned 4K Certification from a renowned independent quality assurance group, THX – a recognition of picture quality and accuracy that precious few TVs achieve.

The perfect heart of your 4K world

While HDR might be grabbing the headlines in 2016, 4K Ultra High Definition technology also continues to redefine what’s possible with TV picture quality, finding its way into ever more screens and content sources.

In fact, Panasonic already has a new UHD Blu-ray player, the UB900, ready to sit alongside its new breed of televisions.

With so many potential sources of content available to the consumer these days it’s becoming increasingly difficult for TV menu systems to help users quickly find what they want to watch.  Panasonic has solved this problem with an intuitive and customisable TV home screen powered by Firefox OS.

Panasonic DX900 UHD TVs powered by Firefox OS allow consumers to access their favourite channels, apps, videos, websites and content through the TV home screen. You start off with three choices of “quick access” to Live TV, Apps and Devices – and you can also pin any app or content you like to your TV home screen.

New Smart TV Features powered by Firefox OSA new Firefox OS update will be available later this year for the DX900 UHD TVs. This update will include a new way to discover Web apps and save them to your TV. Several major content providers such as Vimeo, iHeartRadio, Atari, Hasbro, AOL On, Giphy, Hubii and Taito are excited to work with Mozilla to provide TV optimised Web apps.

This update will also enable Panasonic DX900 UHD TVs powered by Firefox OS with features that link Firefox across platforms, including a “send to TV” feature to easily share Web content from Firefox for Android to a Firefox OS powered TV.

In addition to supporting many world-class or locally popular OTT video-on-demand services, the DX900 will soon offer titles in HDR from Amazon, including award-winning Amazon Original Series, and more . Panasonic also plans to support the upcoming Netflix HDR streams.

The DX900 even boasts compatibility with Control4’s Simple Device Discovery Protocol (SDDP), enabling it to be quickly and seamlessly integrated into a customer’s connected home.

The DX900 TV completes its obsession with creating a completely immersive, authentic cinematic experience by marrying its beautiful pictures to a much more powerful audio system than one might expect from such a slim design.

The sets squeeze in unusually large speaker boxes by today’s skinny TV standards, as well as using Quad Passive Radiators that resonate in sync with the vibration of the TV’s woofer speakers to boost bass.

A feast for the eye

The DX900 looks as beautiful turned off as its pictures do when it’s turned on. Its slender, beautifully built frames and elegantly refined lines have been created with interior design in mind, ensuring that the DX900 is able to enhance and harmonise with any decorative space.