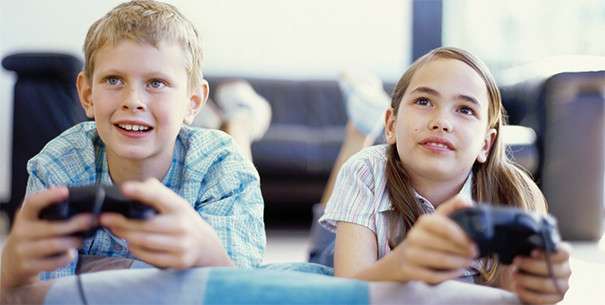 Following on from our recent interview on The Ryan Tubridy Show on RTE Radio 1, where we spoke about online gaming, the pros and cons and how best to protect yourself and your children from potentially dangerous scenarios and/or individuals, we’ve sourced a few tips and pieces of info for you to use.

What is Online Gaming?

Online gaming is extremely popular among children and teenagers, with 36% of children in Ireland playing online with other people in 2014, compared with 30% in 2011 (Source: Net Children Go Mobile – January 2015).

The types of online games can range from task/mission based activities to sports themed games and anything in between. They can be an great way to link up with people, develop teamwork skills and of course are a source of entertainment and recreation for kids and adults alike.

Many of you will be familiar with the more traditional gaming formats where you buy physical games for popular consoles, such as Xbox, PlayStation or Nintendo. Online games are played on the internet via a computer console, mobile device or application. What makes it different from more traditional gaming is the ability to play and communicate with other gamers online.

What Types of Online Games are there?

There are many different forms of online games. These range from free games or apps that can be downloaded on mobile phones, games that can be played on internet-enabled consoles such as the PS4, PS3, Xbox One, Xbox 360, Wii & Wii U and PC based online games.

Web Games and Apps: Games that can be played on the internet through specific websites, or through apps that can be downloaded to mobile phones. This type of games includes games played via social media services, for example via Facebook, which allow players to connect with friends.

Console Games: Games that are played via entertainment consoles, for example Xbox, PlayStation or Nintendo. Consoles are connected to TVs and games can be purchased in stores or downloaded online.

PC Games: The area is quite complicated with many variations on the software used to download games and each of these games having their own privacy settings etc. which must be set up by the user. One of the most popular online stores for PC games is Steam which has its own set or ‘parental controls’ which can be found here.

Mobile Games: Games that can be downloaded to your mobile phone. Many are free to play initially, however charges are often introduced within these games. For example users can sometimes pay to gain additional functionality to help them complete a game. These in-game purchases can normally be deactivated in the users’ mobile settings.

What are the Risks of Online Gaming?

Inappropriate Content
Some online games may not be age appropriate for your child and may contain violent or sexual images. All online games come with an age recommendation. To prevent your child accessing inappropriate games, ensure parental settings are active on your computers/consoles and check the age rating here on the games your child is accessing.

Information on parental controls for the most popular consoles can be found here:
Xbox – xbox.com/en-IE/parental-controls
PlayStation – https://www.playstation.com/en-ie/get-help/help-library/my-account/parental-controls/
Nintendo – nintendo.co.uk/Support/Parents/

This is one of the most popular forms of online gaming. Many online games allow for multiplayer modes which can pose some risks to young people. In multiplayer mode users can play other gamers from anywhere in the world. Some of these games allow users to send messages to each other via text or audio modes. In some cases young players can experience abuse/harassment online from other gamers, particularly when emotions are high after a competitive game.

According to the 2014 Net Children Go Mobile research, 6.4% of 9-10 year olds who use the internet have been bullied on a gaming website. 3% of 9-16 year olds have experienced bullying on a gaming website, making gaming websites the second most common place for cyber bullying, after social networking services. Players can be exposed to inappropriate language from gamers and in some cases young people may leave themselves open to unwanted contact by sharing personal information via their profiles or by talking with other players.

To avoid this, ensure your child’s profile is private and encourage your child not to use real photos or full names for their gaming profile and not to share any personal information. It’s also a good idea to let your child know to speak to you if they feel uncomfortable or are not sure about something they have encountered while gaming. Make sure your child knows how to block a player who sends upsetting messages.

For Minecraft, which doesn’t really implement any real parental controls or privacy settings, this article will help you understand the best way to ensure you childrens’ online gaming session is safe.

Many online games are free to download. However these games can offer additional functions, once the game is live, which users can purchase. It is a popular practice among downloadable games and apps to offer players the chance to buy access to the next level of a game or to purchase functions to help them complete games. It can be very easy for players to inadvertently run up bills on these games. To avoid this, parents should ensure that they have a password set on their phone/device for in-app purchases or that they switch off this option on the phone/device; this can normally be done within the app/mobile settings.

Tips for Keeping Your Child Safe

Here are a few helpful tips to ensure a safe online gaming experience for your child.

This interview was a follow on piece from the Lorin LaFeve interview in which Lorin spoke about her son, Breck (14), being groomed and subsequently murdered by someone he had met through an online gaming forum. In the time since his death, Lorin has set up an organisation, The Breck Foundation, to teach kids and adults alike about playing safe whilst using the internet.