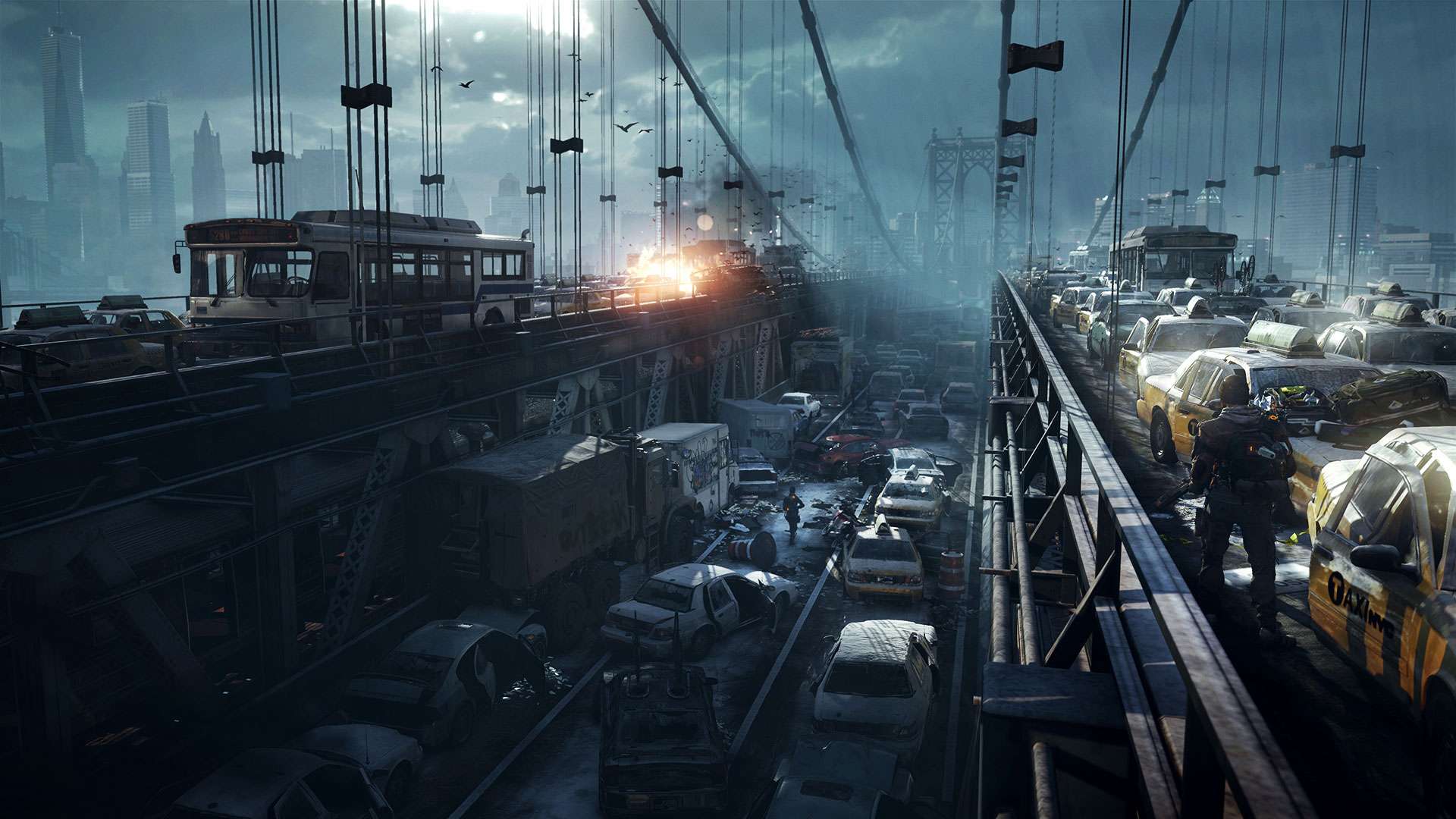 The Division has to be one of Ubisoft’s most anticipated releases in the last few years (second maybe to Watch Dogs). It’s been delayed and at points we worried whether we’d be able to explore it’s torn version of New York at all. Well, it launched this month and we’ve been able to sink quite a few hours into it. Was it worth the wait?

Story wise, you’re part of an elite squad spread across the US that are activated when New York experiences a biological attack resembling a deadly flu which is turning out to be something far worse than expected. You’re part of the second wave of agents to be flown in and from the off it mixes real world imagery, fake news bulletins and in-game footage to really set the tone. That tone? Eeriness. It’s set just after Christmas and the mix of such a happy holiday that’s gone quite wrong, the decorations and the loneliness of a city really does help to unnerve you which is exactly what Ubisoft and Madness wanted. 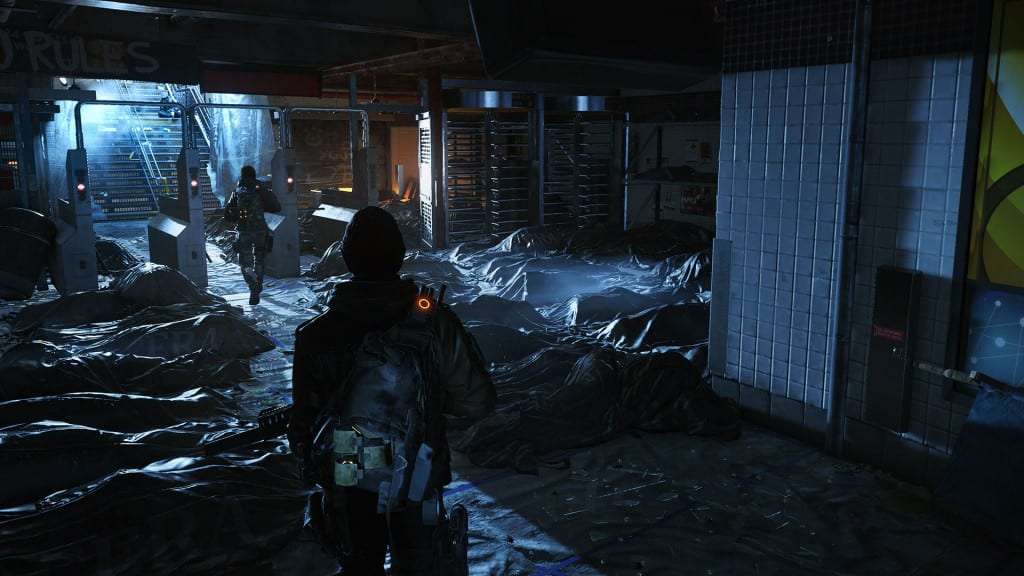 I won’t spoil anything else, but really Ubisoft put a lot of effort into the start of The Division and it kinda flatlines from there. Why? It’s by design practically, it’s an RPG shooter (with more elements than Destiny) so a lot of missions focus on upgrades and resources, rescuing people and killing the bad guys. That’s pretty much it apart from the dark zone, there’s few twists, there are few turns. It’s a tad predictable but you’re probably not playing the game for the story. In fact, ignore that and you’ll enjoy it a lot more. Why? 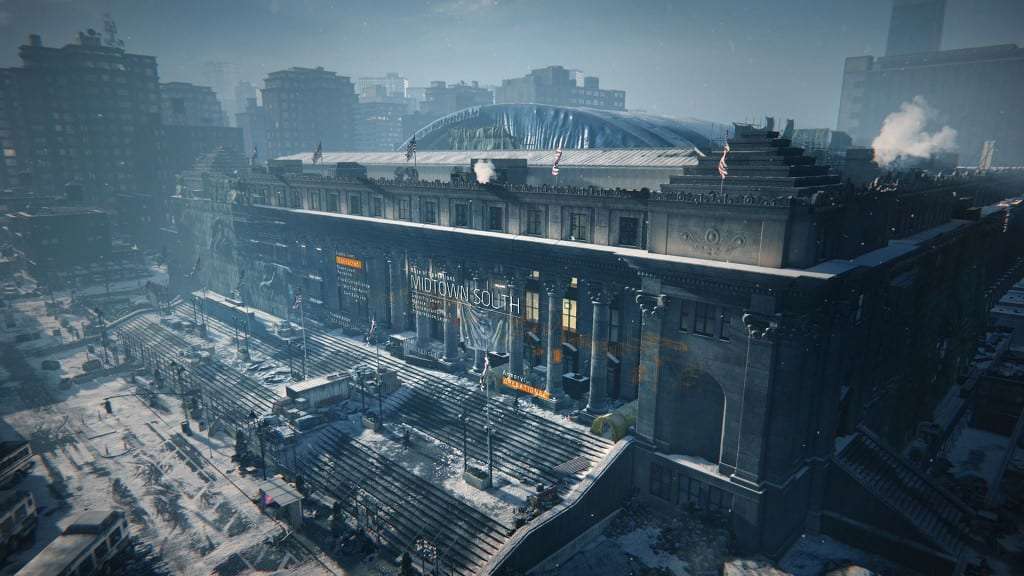 Gameplay. I won’t lie, I don’t like third person shooters. The cameras are normally horrific, aiming systems are all over the place and shooting guns either feel completely overpowered (see Gears of Wars) or like shooting pellet guns (see Grand Theft Auto). The Division nails it. It does take quite a few hits to take down an enemy thanks to their levels of armour but it feels great and upgrades really do make a difference to how the guns feel (especially when using a scope). Running around New York after you’ve finished the story really doesn’t feel that different to when you start, you’ll rely on skill more than anything. It’s neat but it does ruin a sense of achievement and takes away from the effort you put into selling and upgrading gear. Pro-tip, holding down the fire button will get you killed a lot.

“for the sake of your own sanity, bring a friend”

Ubisoft could have also reduced the sheer difficulty, it does take a long time to take down a boss, even if your tactics are on point. It’s the same thing that Destiny suffers from, the tougher you get, the tougher the bosses get and the longer the fights get. The game is TOUGH, even on normal mode to make sure to bring a friend. You’ll be able to do that a lot, most of the game can be experienced with friends (apart from building your base) and you’ll really need to rely on them for some missions, not to get through them (the game is easily playable on your own) but for the sake of your own sanity, bring a friend. 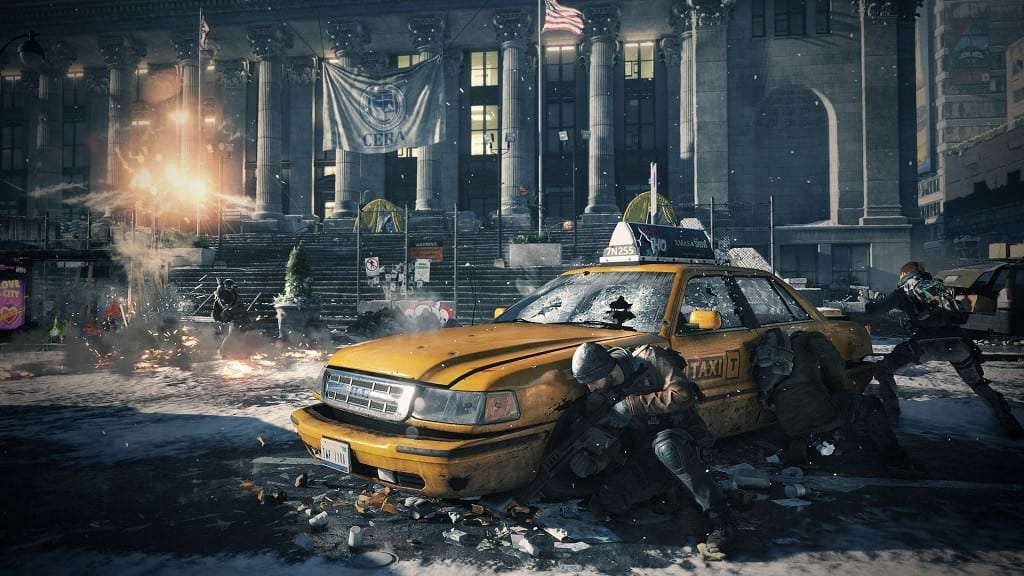 Apart from guns, the camera holds up well, the cover mechanic is really really well executed (possibly the best I’ve seen) and actually getting around the city is easy with a jump mechanic that isn’t frustrating. My only complaint is walking. Now, I know any trip to New York involves a lot of walking and yes the subways aren’t working but really, would it have been impossible to implement a bike? Sometimes your objectives are about 5 minutes of in-game time walking away and in that time you’ll run into encounters with the enemy too. It just takes a long time to get there and feels like unnecessary padding. The Division’s story will take you about 25 hours to get through if you’re trying to get through it but it’s a bit anticlimactic. 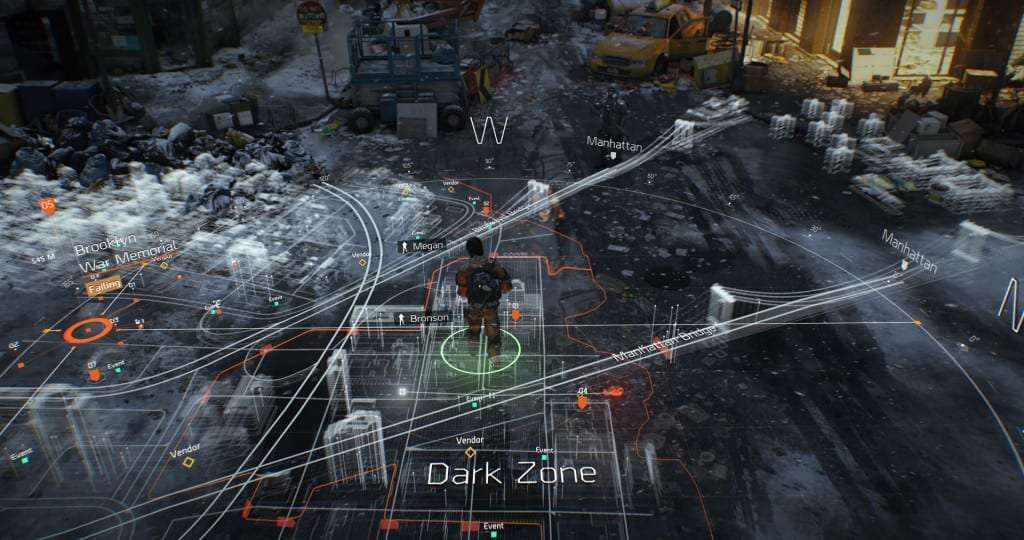 Then, there is the Dark Zone. I accidentally stumbled in here and let’s just say I ran straight back out. This is a highly infected area of New York and without spoiling anything, don’t trust anything or anyone. Get your friends, get your loot and get out of there. You don’t be carrying the loot out in your backpack however, you’ll need to get it lifted out via helicopter and this alerts other players in the zone. It leads to an ace risk/reward style of gameplay which is exhilarating, it’s something I’ve not felt since earlier Need For Speed titles where if you were caught you lost your points but you earnt more the farther you went but it got way harder. I’d recommend spending some time in here after you finish the story!

“if you’re looking for a time-sink post Fallout, then you’ve found it”

The Division is a beautiful game, it’s version of New York is genuinely unsettling and the holiday setting really helps set a tone most other games fail to capture. I far far prefer it to the clean cut city experiences you’d see in WatchDogs or GTA. With tough gameplay, brilliant co-op and the prospect of more DLC on the horizon, if you’re looking for a time-sink post Fallout, then you’ve found it.