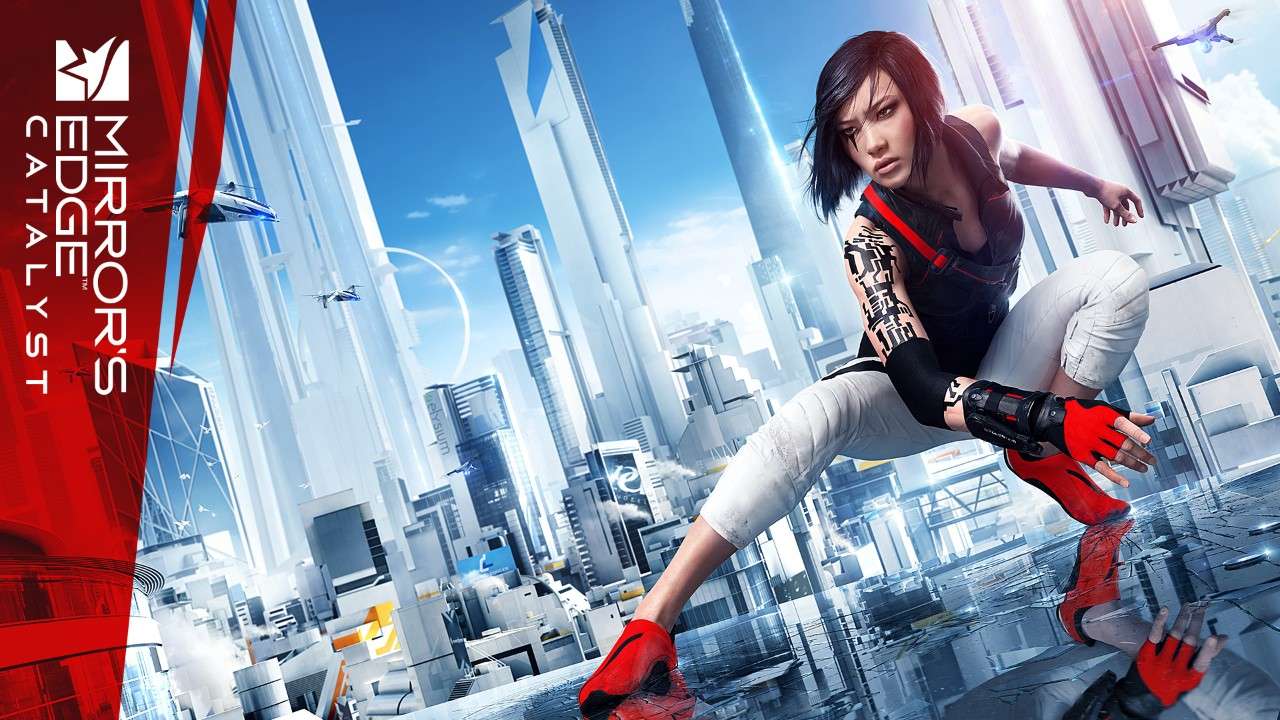 So, after nearly nine years, we finally have a sequel to EA’s under-loved free-running adventure ‘Mirror’s Edge’ and it’s shaping up to be a massive improvement on the original. The story (we won’t spoil) but Faith is freed and quickly starts roaming the city of Glass, free-roaming that is. Yes, unlike the first entry in the series, Mirror’s Edge Catalyst introduces a no-loading screen free roaming world. It’s a fantastic addition from what we’ve played and it’s surprisingly easy to get around with red streaks guiding you along the way throughout the world.

Fighting has been improved too with the ability to spin around quickly and dodge attacks. It was the weakest part of the last game but now it really flows and when you combine that with some free-running, it works really really well. Lastly, graphics! This game is pretty! It’s built on the Frostbite engine which powers most EA titles these days and it really doesn’t drop a beat travelling around.

All in all, we’re excited for Mirror’s Edge Catalyst! It’s fantastic to see EA really push ahead with titles like this and Unravel, here’s hoping it continues!

Mirror’s Edge Catalyst comes out on June 7th on PC, Xbox One and PlayStation 4. The beta footage is taken from an Xbox One.