At their annual Lenovo Tech World event in San Fransisco last night, Lenovo, the new owners of Motorola, unveiled the latest flagship Moto phones in the form of the Moto Z and Moto Z Force along with the new Moto Mods which easily snap on to the back of the new phones. 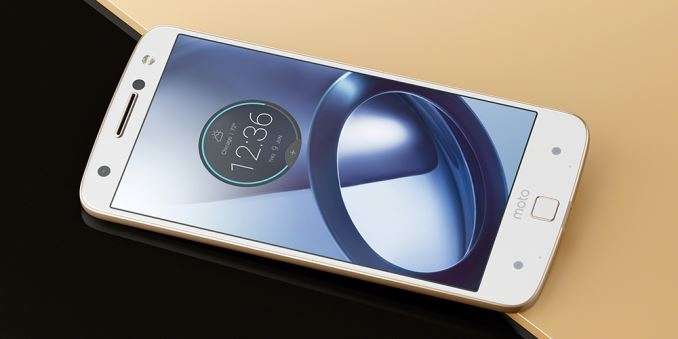 Let’s start with the Moto Z which Lenovo are calling “the world’s thinnest premium smartphone” measuring in at just 5.2mm. In comparison, the iPhone 6S is 7.1mm so it’s definitely one of the thinnest devices we’ve seen.

The screen is a 5.5 QHD AMOLED display with corning Gorilla Glass to protect it from drops.

Under the hood is the new Qualcomm Snapdragon 820 processor, 4GB RAM and 32 or 64GB of storage and an SD card slot for extra storage.

The Moto Z has a 13MP camera on the back with OIS and laser autofocus and a 5MP wide angle lens front facing camera with built in flash. Like all other flagship phones these days, the newest Moto Z and Moto Z Force come with built-in fingerprint scanners on the front of the device and Lenovo are also claiming the new Moto Z is the world’s fastest charging phone with the ability to charge the phone to 50% from flat in 20 minutes. This is good to see as the 2600mAh battery is quite small in comparison to other flagships available right now. 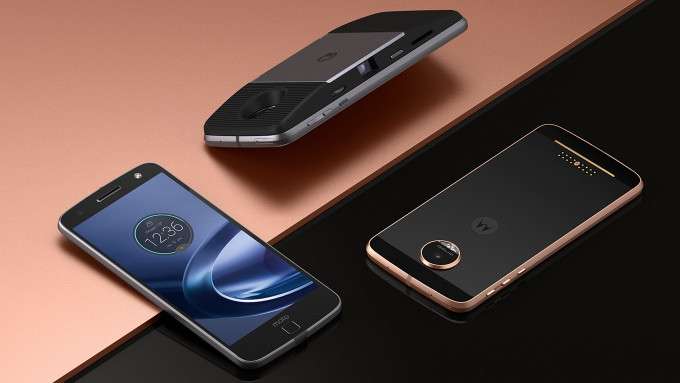 Seen as the more premium of the two handsets, the Moto Z Force has the same display as the Moto Z but with the addition of Motorola’s Shattershield technology which Lenovo promises to protect you’re screen from cracking which is quite a claim.

The rear camera has also received a boost to 21MP whilst the front facing camera remains the same as the Moto Z. Under the hood, the Moto Z Force has the same processor and RAM but the battery has been bumped by a full 900mAh to 3500mAh which is a welcomed addition.

Again, the Moto Z Force has quick charging built in via the USB Type C connection but one thing to highlight for both phones is that there’s no 3.5mm headphone jack so you’ll need to get yourself some USB type C ended headphones or an adaptor to allow you to use your favourite headphones with these phones.

In addition to the newly announced phones, Lenovo also unveiled the new add ons for the new phones in the form of Moto Mods. These add ons snap onto the back of the new phones via magnets and 16 pogo pins so no need to take off any covers or remove your battery (looking at you LG).

They announced 3 initial Moto Mods last night in the form of a JBL SoundBoost bar for stereo speakers, a Power Pack which is basically a battery back for the back of your phone and a Insta-Share projector Moto Mod which lets you display images off the phone up to 70″ on a wall or ceiling or any flat surface for that matter.

Lenovo also showed off some concept Moto Mods that will hopefully be launching in the future and announced that the development kits for the Mods will be open to the public to allow developers to create their own Moto Mod ideas.

You’ll also be able to get covers that snap on to the back of the phones in different finishes beit wood or specially designed patterns.

The new Moto Z and Moto Z Force along with the Moto Mods and covers are set to launch in September but the price has yet to be disclosed. Hopefully they keep them competitively priced like previous Moto X generations.