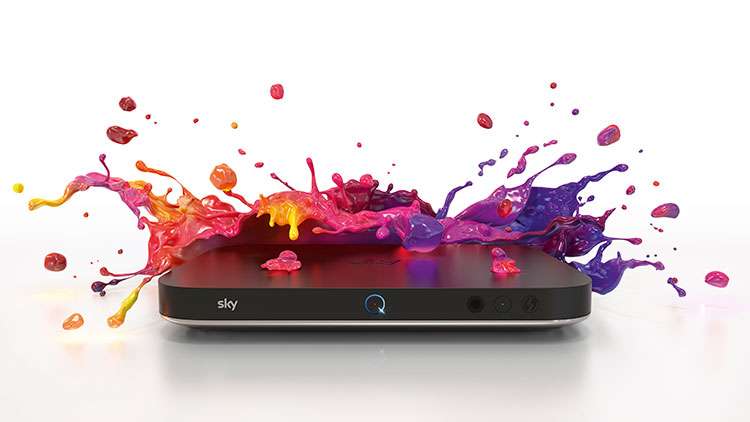 Sky Ireland have officially announced the launch of their Ultra HD offerings on their Sky Q Silver box with a selection of sports events, documentary and Ultra HD premieres of some of this year’s biggest films. 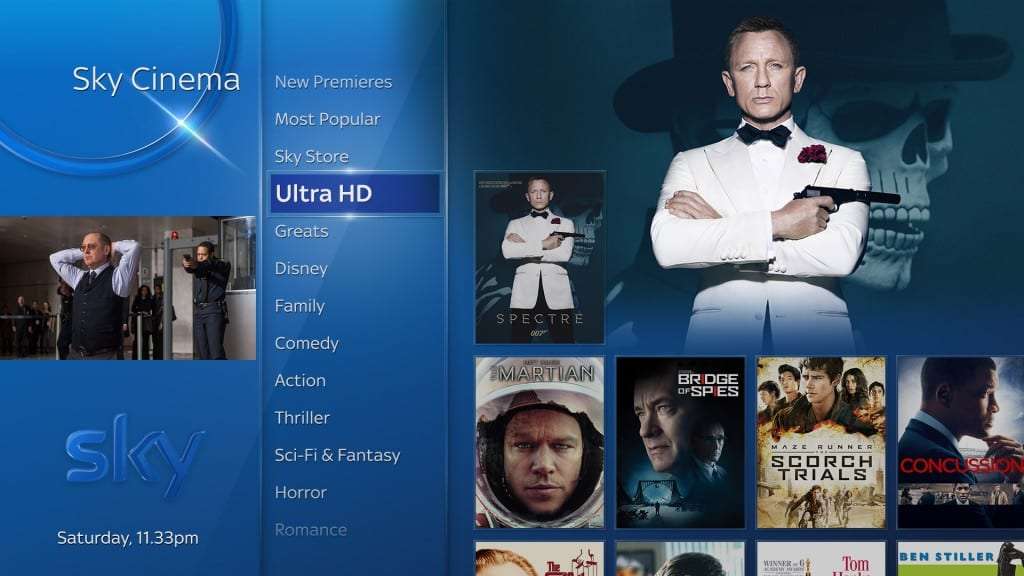 Kicking off on August 13th, Sky Q Silver subscribers will be able to look forward to watching 124 live Premier League games from throughout the season, the world premiere of Spectre in Ultra HD and 30 hours of documentaries such as David Attenborough’s Conquest of the Skies. 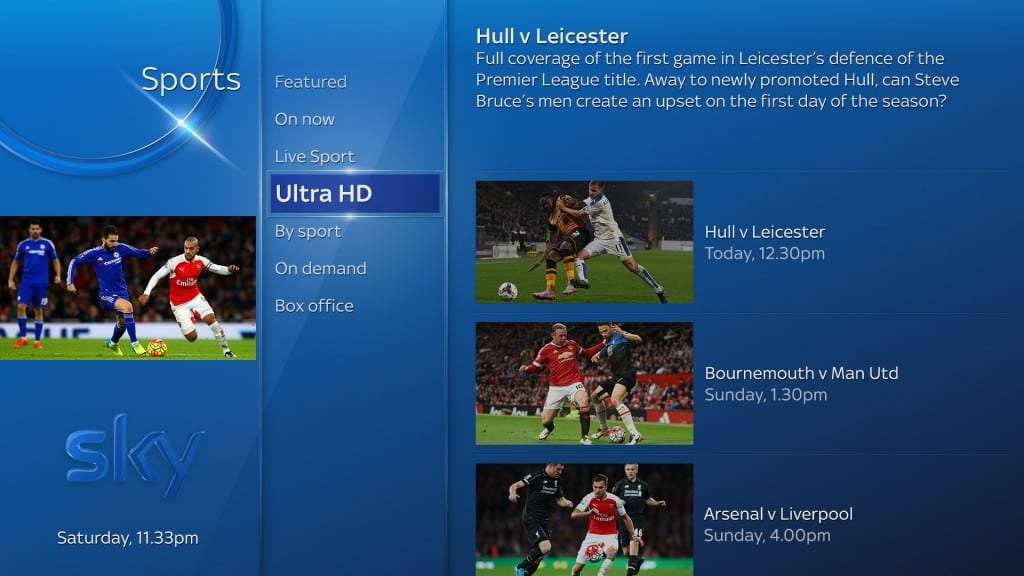 There will also be a library of older movies available in Ultra HD such as the Spiderman trilogy, Minority Report and Forrest Gump. You can find the full press release below:

Sky today announces the launch of the UK and Ireland’s most comprehensive Ultra HD service on Sky Q Silver, available to customers from 13 August. Offering an unrivalled line up of Premier League football, exclusive blockbuster movies, natural history documentaries and gripping dramas, viewers will be brought to the heart of the action at home, in enhanced Ultra HD picture quality.

Customers will be able to immerse themselves in 124 live Premier League games this season, and over 70 movies, from the world premiere of Spectre in Ultra HD, to Oscar Winner The Revenant, and box office hit The Martian. There will also be 30 hours of natural history and documentaries, with breath-taking scenes from David Attenborough’s Conquest of the Skies, as well as five new dramas, including hotly anticipated The Young Pope starring Jude Law and Series 4 of The Blacklist.

And this is just the start, with more sports, movies, documentaries and drama, in spectacular Ultra HD, to come soon.

Ann-Marie MacKay, Director of Products & Customer Growth, Sky Ireland, commented: “With Sky Q, we created the world’s best TV experience. Now with the introduction of an unrivalled line-up of Ultra HD TV, the service is going to get even better, truly enhancing customers’ viewing experience. So whether you’re a football fan, movie buff, natural history enthusiast or drama junkie, customers looking for the next-generation of TV viewing will love it.”

Watch live, On Demand and through Sky Store, Ultra HD is available to customers with a Sky Q Silver box and subscription at no extra cost.

From 13 August, customers will be able to watch the most comprehensive range of sports, movies, documentaries and dramas in the enhanced detail and clarity of Ultra HD, with highlights in the first year including:

Sky Q, the next generation home entertainment system, just got better with Ultra HD. Sky Q is a great new way for customers to experience TV on their terms, with brilliant new features like the ability to record multiple shows at once, pause in one room and carry on in another and take recordings with you. Sky Q will continue to get even better with other exciting features coming soon, including voice search navigation and a smartphone app.