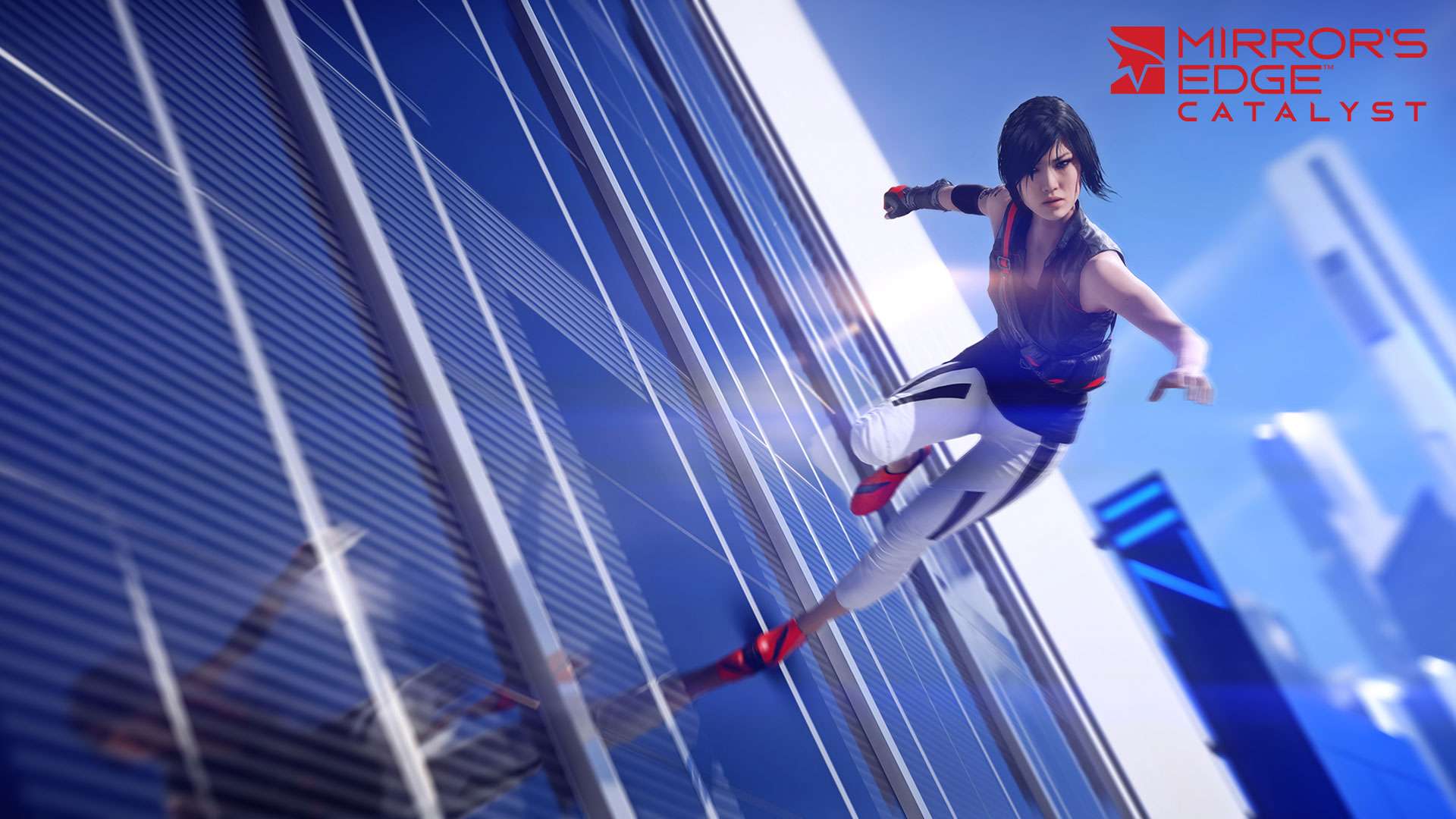 Nearly ten years after EA’s surprise release, we’ve finally got another trip back to the City of Glass in Mirror’s Edge Catalyst. This was something no-one expected when EA launched a sequel to a first-person, free-running, action adventure game that didn’t exactly set the charts alight but developed a cult following. EA have put a big gamble on the love the original earned still being there so long ago but for fans like myself, the comeback is not only welcome, but it’s also not a letdown.

Mirror’s Edge Catalyst, off the bat, radically changes how the game plays by switching from a linear game (going through corridors of action) to a free-roaming city. Given that you’re in a first person viewpoint for the game, it employs a bit more visual assistance from the red obstacles previously used to indicate a route for our lead “Faith’ to take. Combat is also much improved on the original’s clunky system with a momentum based system that lets you attack in 360 degrees much easier than before. 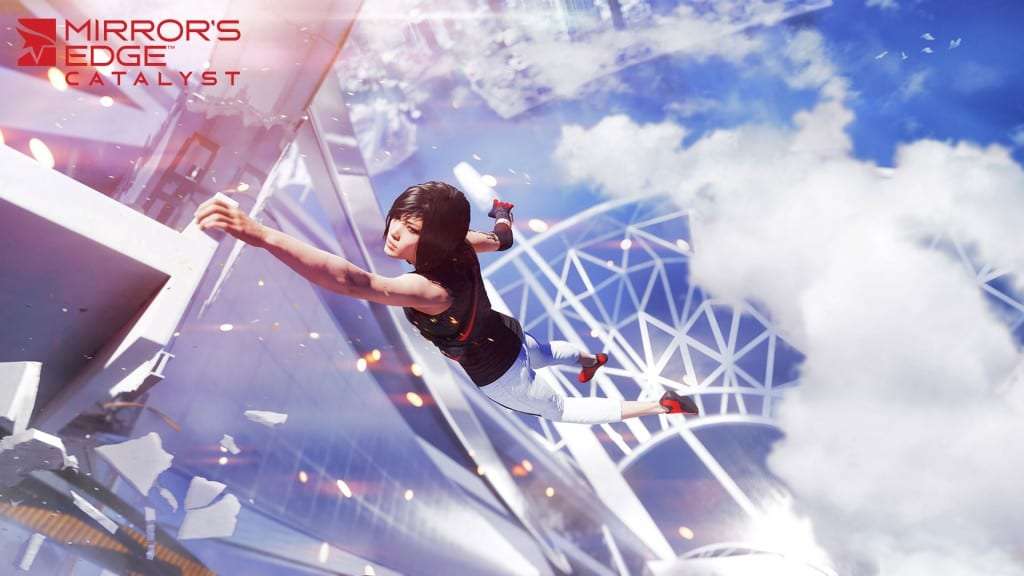 This time, it uses ‘Runner’s Vision’ (aka GPS) to guide you through the world but the beauty of it is, it isn’t necessarily the best route. If you want to get somewhere quickly, find collectables or even test out some advanced moves, it pays to turn it off and trust your intuition and explore! It really helps freshen the game up in today’s gaming landscape but it must be said, it takes a hit on performance. As it’s so much more taxing to load a world instead of a simple level of old, anytime you die (which happens a lot) then it has to reload the level meaning you’ll have a frustrating wait. So, don’t die. 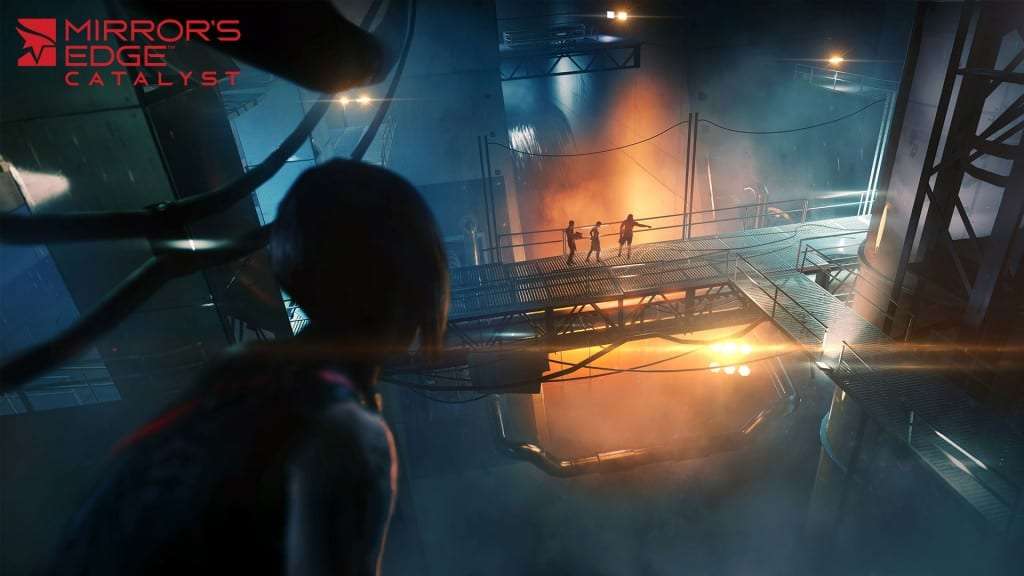 Graphics and sound are a massive highlight for Mirror’s Edge. This game is just gorgeous on the Xbox One with a sleek well designed city, beautiful views and just a sharpness which is welcome in a world of grimey shooters and battlefields. Audio wise, it’s great with every squeak, climb, footstep and fall sounding realistic. It also has a killer soundtrack with a track especially for Mirror’s Edge by CHVRCHES. Progression is something that DICE have nailed too, new abilities are unlocked with points letting you customise Faith how you’d like which is very welcome (pro-tip, always go for movement first). 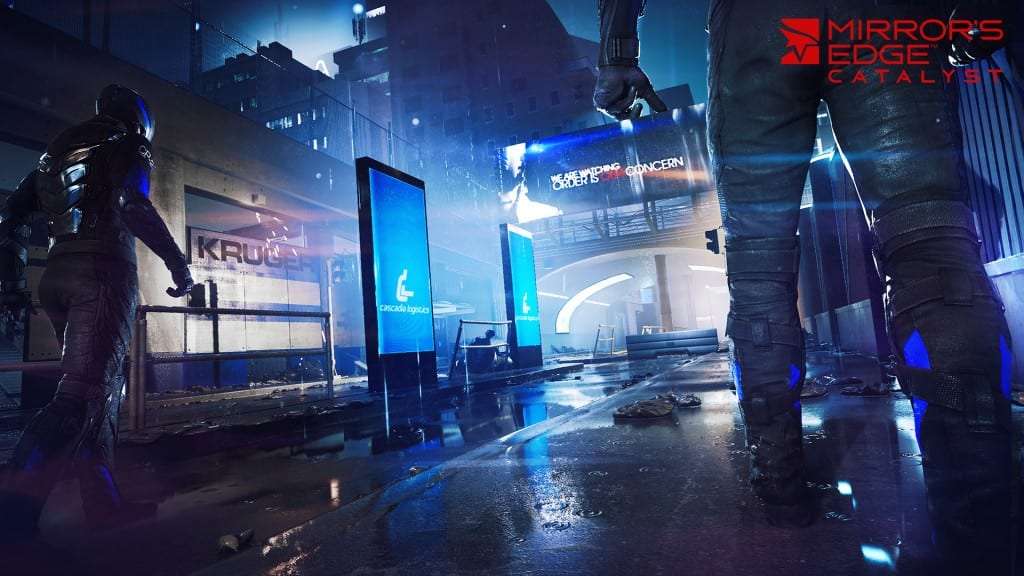 Story wise, Faith gets out of a correctional facility and then it’s… complicated. I won’t spoil it for you but Faith is much more fleshed out as a character this time. Mirror’s Edge was never something you played for story and Catalyst continues in that trend. I stopped caring about a few missions in but don’t let that stop you. There are tons of side-missions, test and trials to work through which are tough but really distill the game down to its best… smooth and fast movement. These are online too letting you compare with your friends and even build your own time trials. 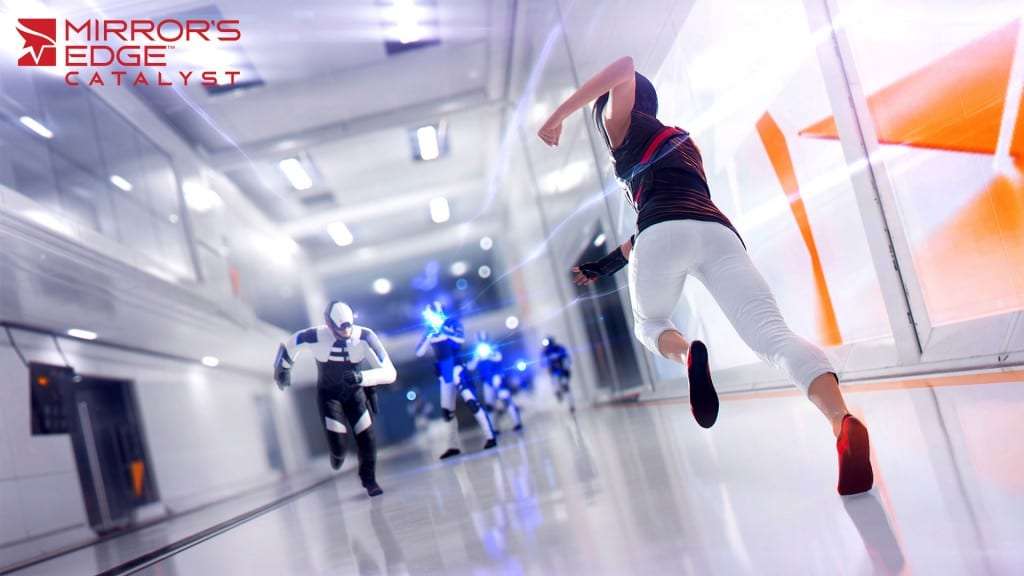 Without a doubt, it’s one of the most fun games of the generation. It could have a bit more depth with a weak story and at times, too stark a world but running around the City of Glass is just immensely fun. Combat is much improved, this game is addicting and honestly, it’s just a breath of fresh air in a time for gaming where innovation in AAA titles is quite low. If you’re looking for something new and fun this summer, it’s worth booking a trip to the City of Glass.