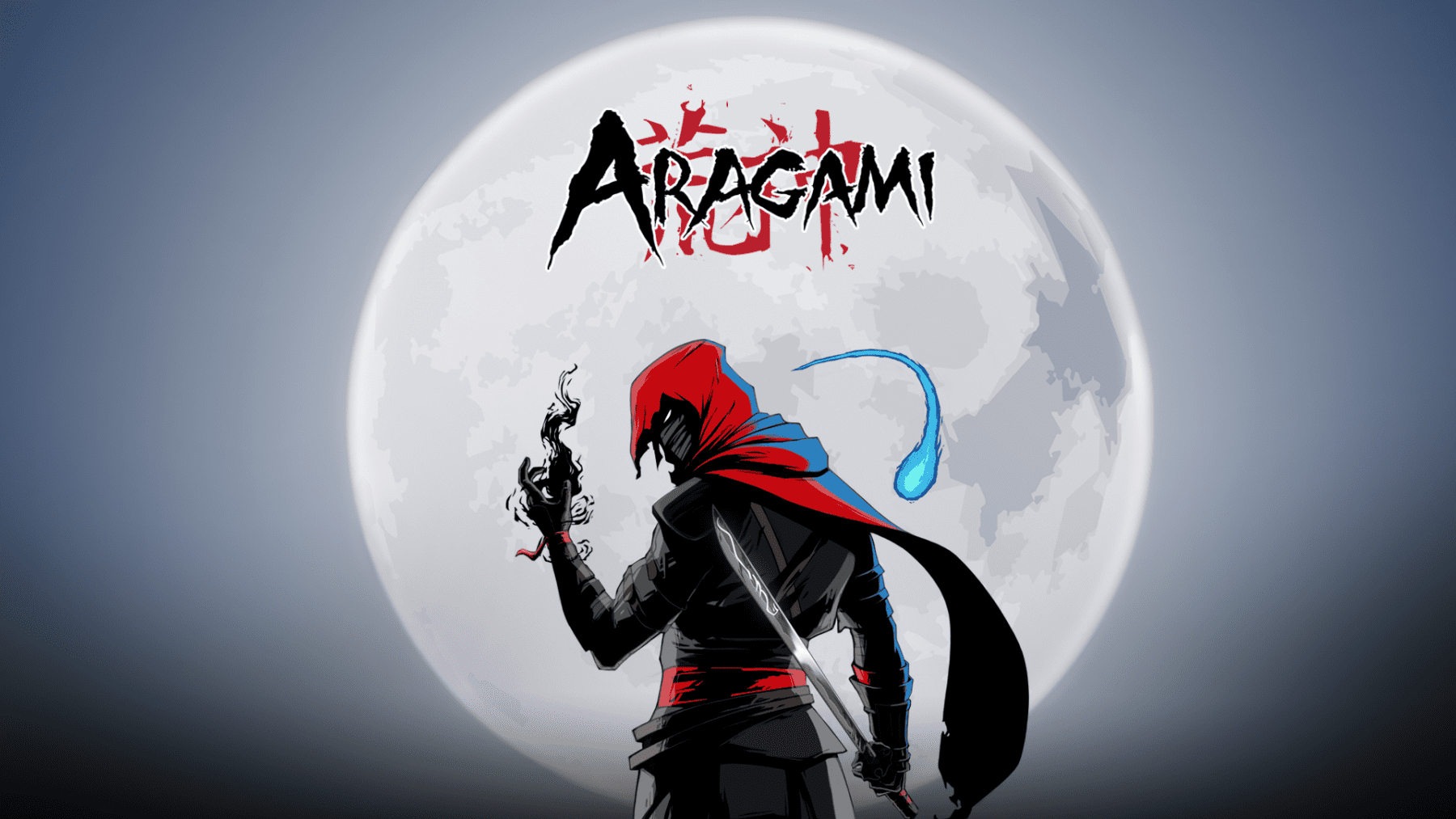 Aragami, from the guys at Lince Works, is a third-person stealth game which allows players to ‘control the shadows’ and has just arrived on the Playstation 4, PC, Mac and Linux with an Xbox One version on the way. With an attractive price tag of just €19.99 and unique gameplay mechanics, is Aragami worth your hard-earned cash? Read on to find out! 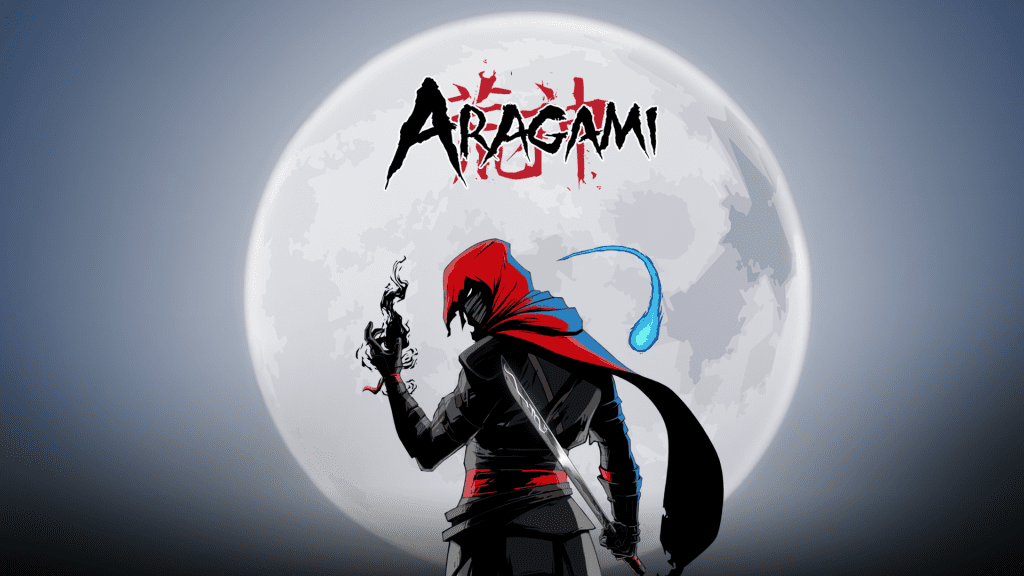 You play as Aragami, a spirit from the afterlife, who has been summoned by the cunning Yamiko to carry out her vengeful plan. With your supernatural abilities, you must fight your way through the onslaught of the “Army of Light” known as Kaiho so rescue the captured Yamiko. 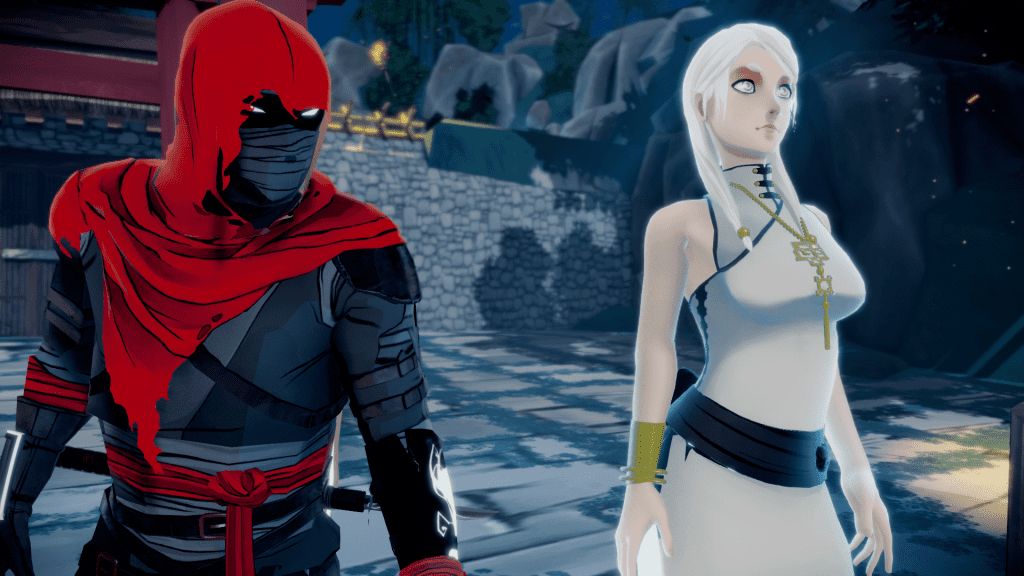 Set in a mythical Japan, Aragami’s story is an intriguing one as you learn more about your past as your traverse through the narrative. 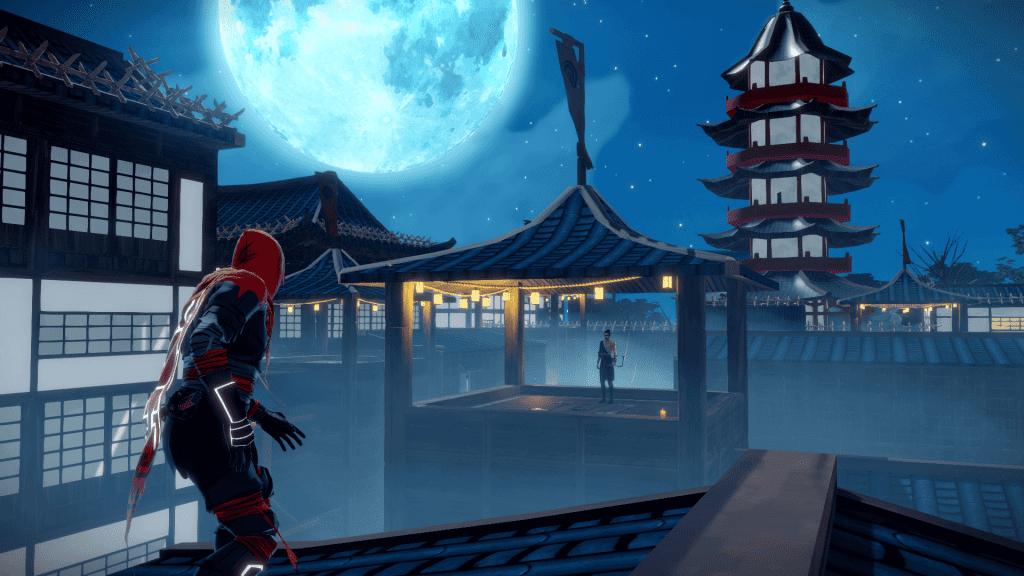 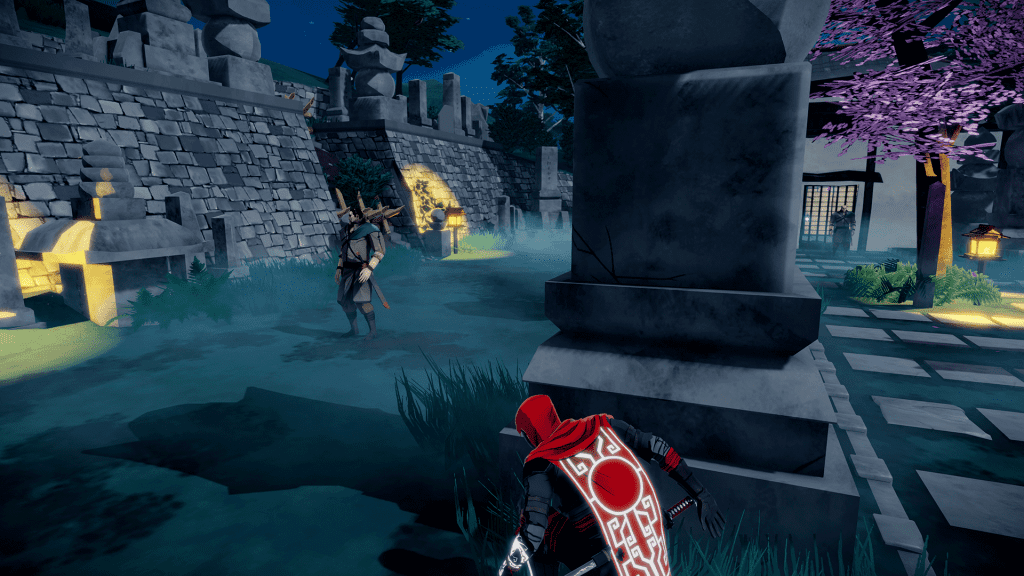 In addition to using the shadows to move around, you can also use your 2 set of powers, Demon Powers to kill your enemies or Ghost Powers to help you remain undetected. 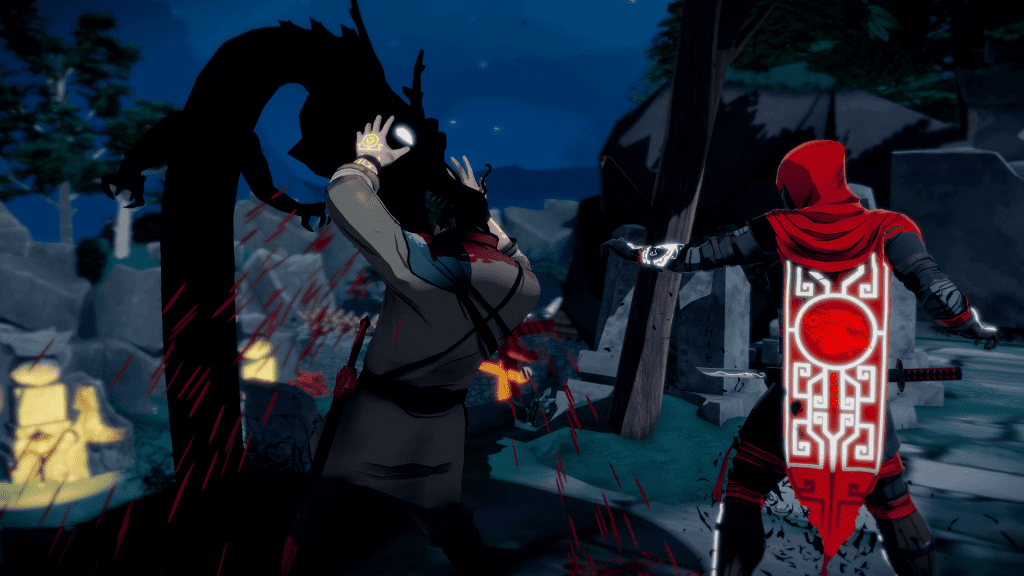 Your Demon Powers are made up of various abilities such as being able to throw shadow projectiles or creating a vortex to suck your enemies into the afterlife whilst your Ghost Powers allow you to create shadow decoys or become translucent to hide from enemies. both of these powers are intuitive to use and add a nice level of difficulty and fun to the game at the same time. 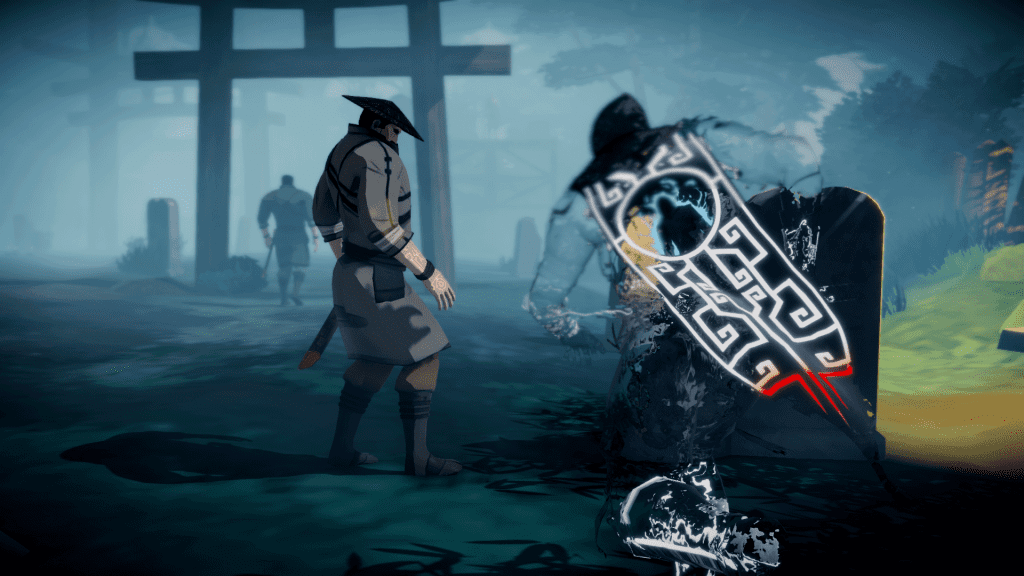 A nice addition to Aragami’s campaign is the ability to play in two player online co-op which, unfortunately, we didn’t get to try out during our time with the game but looks like a serious amount of fun and we can’t wait to give it a go.

With its cell-shadow presentation, Aramgami really creates a sense of inter-actable old Japanese art with extremely impressive lighting and fluid animations. The character of Aragami himself is very well designed and we can see a couple of Holloween outfits being designed in his image! 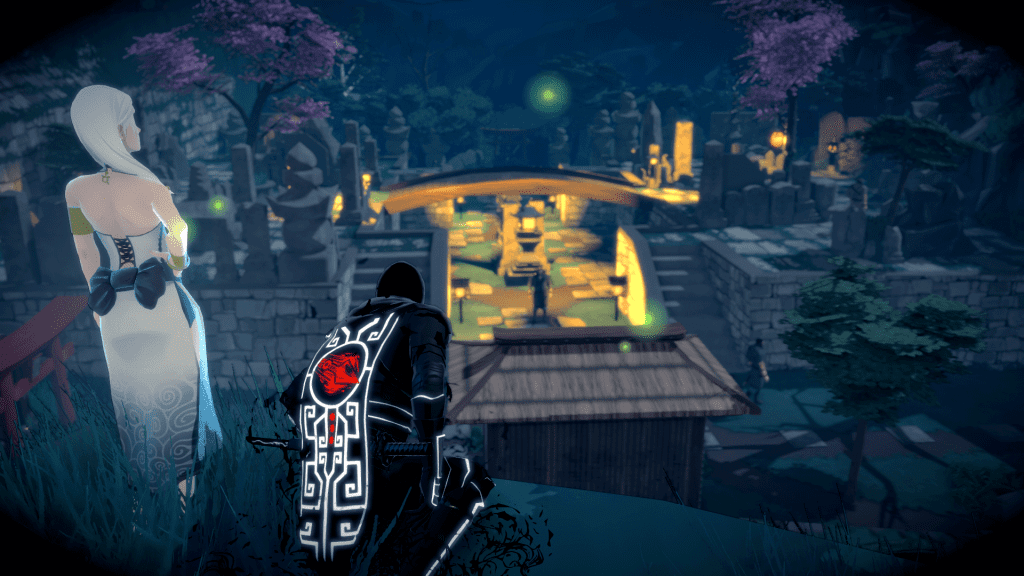 The original soundtrack, created by Two Feathers, also adds to the overall experience and does a fantastic job of transporting you to this far off mythical land. 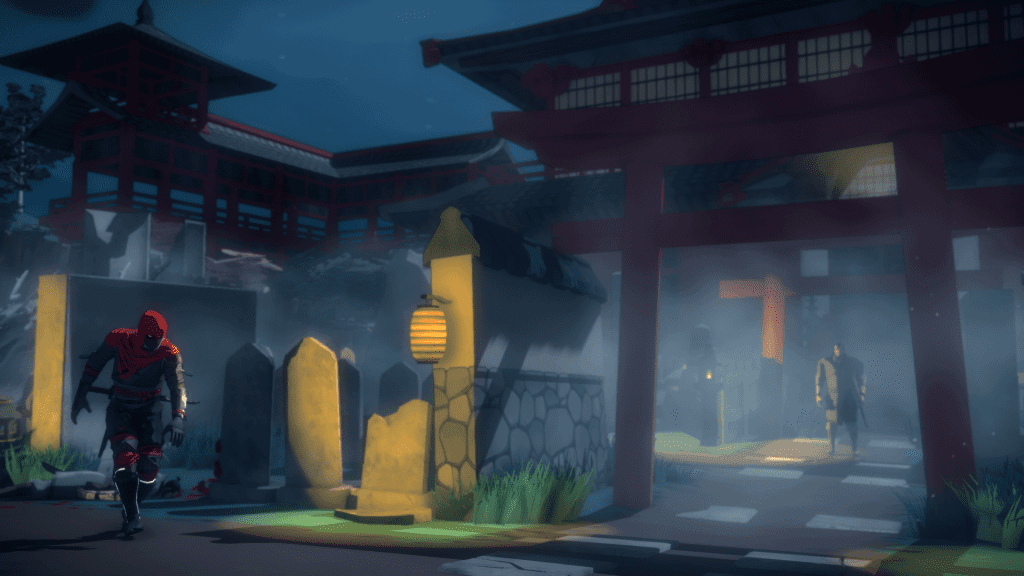 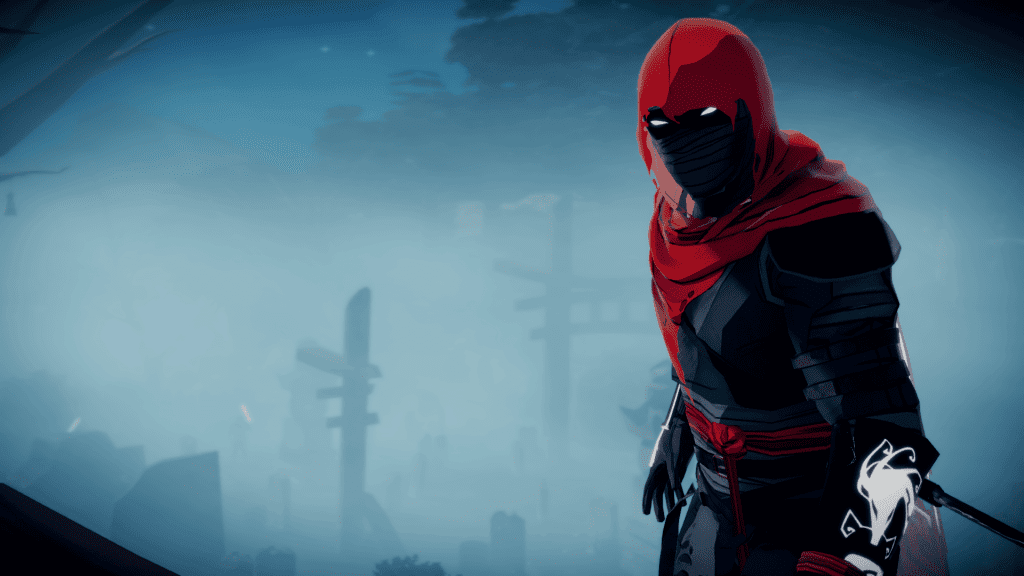 Aragami is available now from the Playstation Store and Steam.