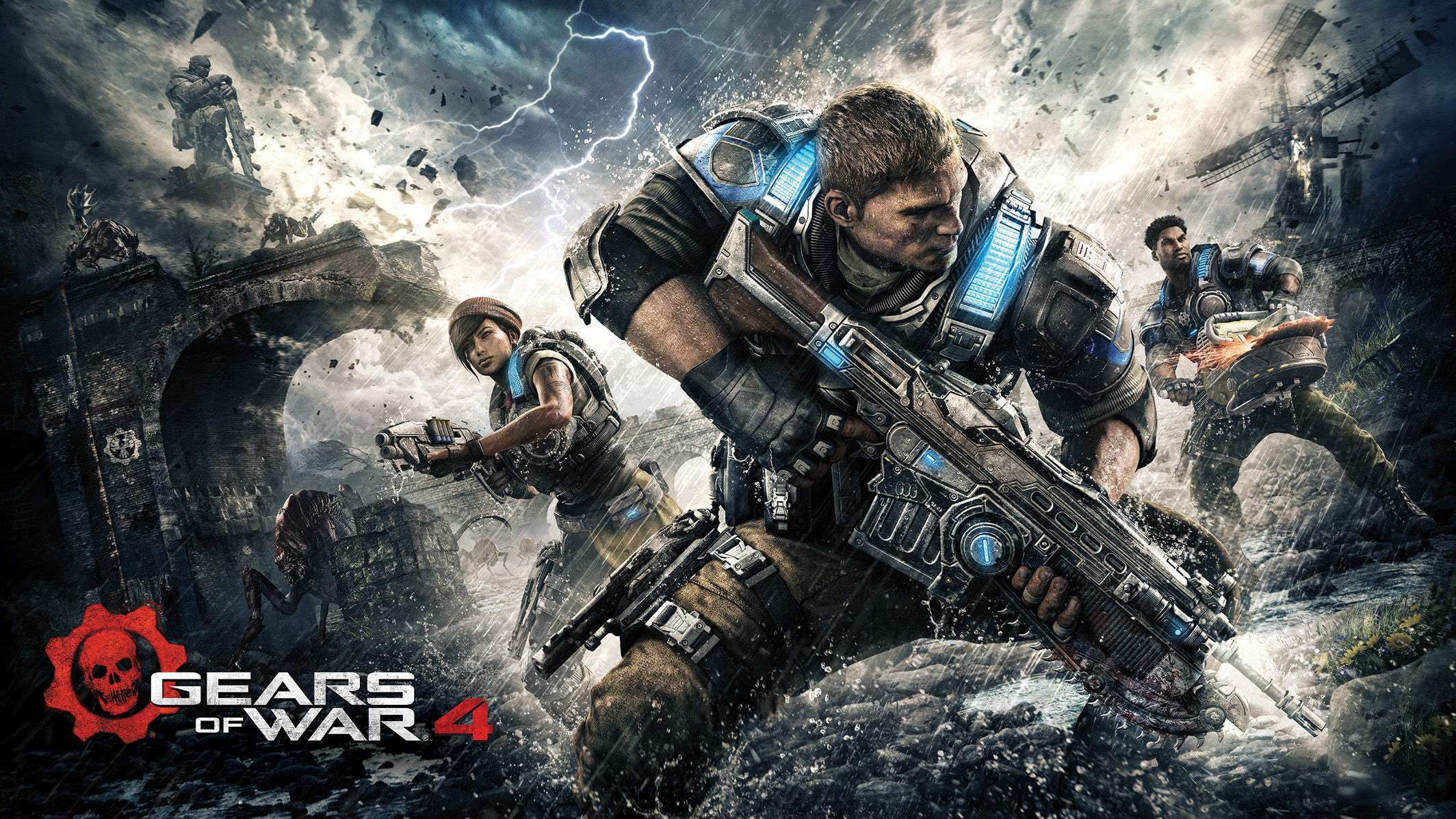 Have they brought enough new fresh ideas to the table whilst staying true to the game’s roots? Is the multiplayer improved enough to make it stand out in a crowded marketplace and is this the start of something promising for the Gears of War universe from the guys at The Coalition? Read on to find out. 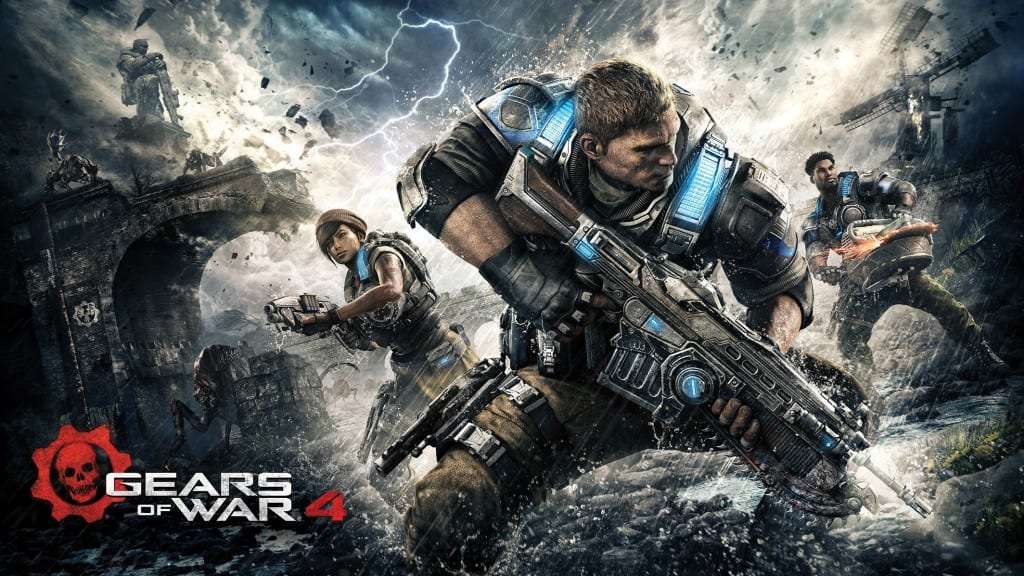 Spurred by a series of strange disappearances, JD Fenix, Marcus Fenix’s son, must embrace his father’s legacy and battle a terrifying new enemy. Set in the wilds of Sera, some 25 years after the time of Gears of 3, the game returns to the dark tones of the original. 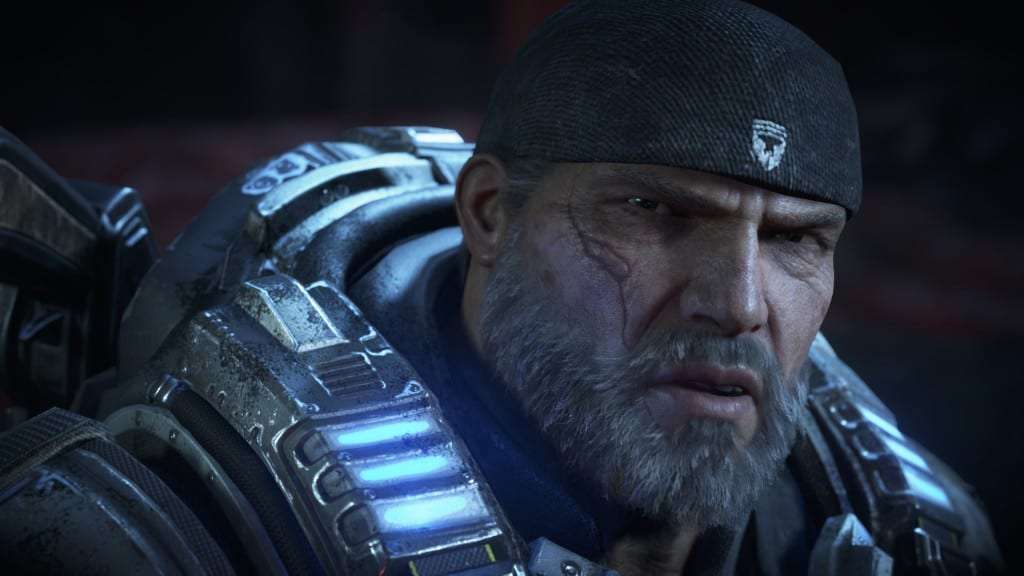 Right from the outset, you face a desperate mission to save loved ones, joining forces with friends Kait and Del, and encountering everything from mega machines to ferocious windflares and lightning storms.

The opening scenes, especially without the gore and language filter on, show why this is not a game for the faint of heart. Even for an adult, it’s nightmarish with monsters emerging from all sorts of places, including embryonic-like fluid.

The gameplay strengths of the franchise are displayed from the outset, right down to classic features such as the cover based mechanics, active reloading, and of course, the patented roadie run. 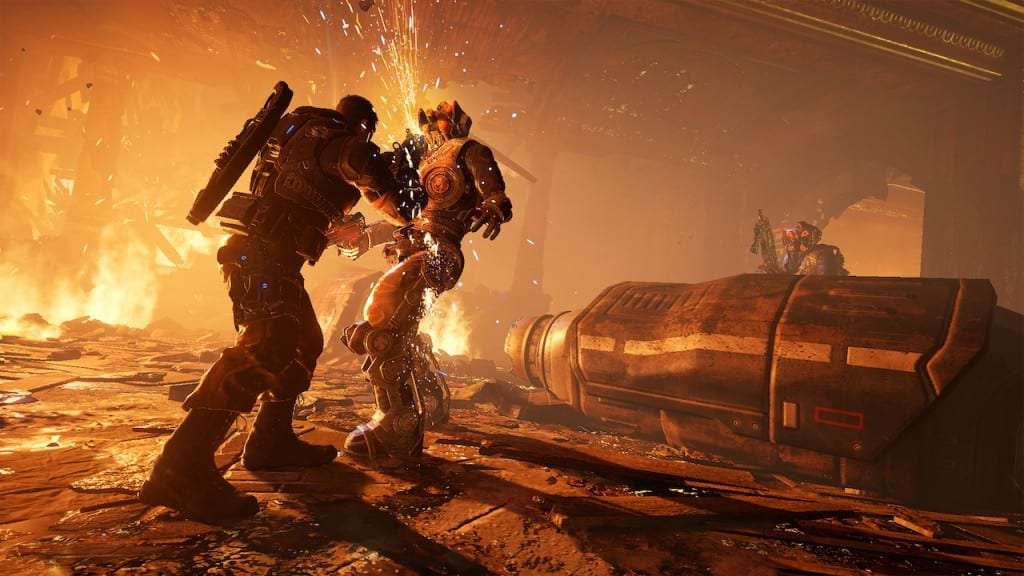 The run is the one aspect that has seen a bit of improvement, with new options added such as being able to vault barriers and maintain your momentum and leaping over them with a kick to enemies in cover, leaving them in a stun state and ripe for an execution. yes, it is safe, but you don’t need to fix what isn’t broken.

While the campaign may feel a bit short but the multiplayer suite shows that the Coalition knows exactly where this game’s longevity lies. Matchmaking and Skill Ranks help improve the Versus Multiplayer experience in Gears of War 4 by grouping like-skilled players together in ranked matches, giving beginners (like me) the opportunity to play against beginners and more skilled players a tougher challenge. 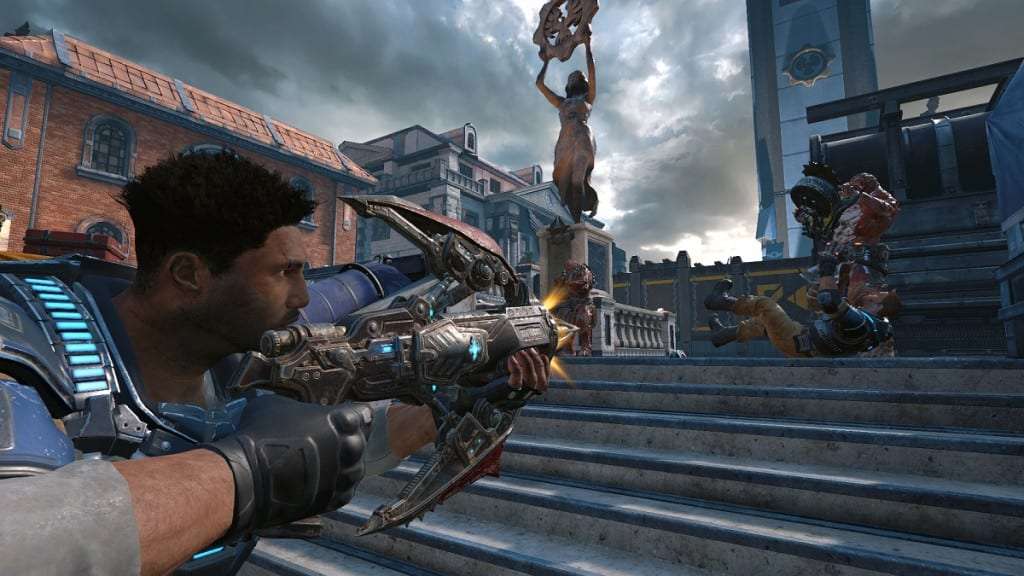 The Coalition has also added new modes such as Dodgeball, Arms Race and Escalation to provide additional ways for players to enjoy Versus Multiplayer each with a different set of rules and twists. The multiplayer section also includes a new arsenal of weapons and combat tactics, while the wind storms bend your shots, making your battlefield tactics all the more vital and some of the new moves are ruthlessly savage. 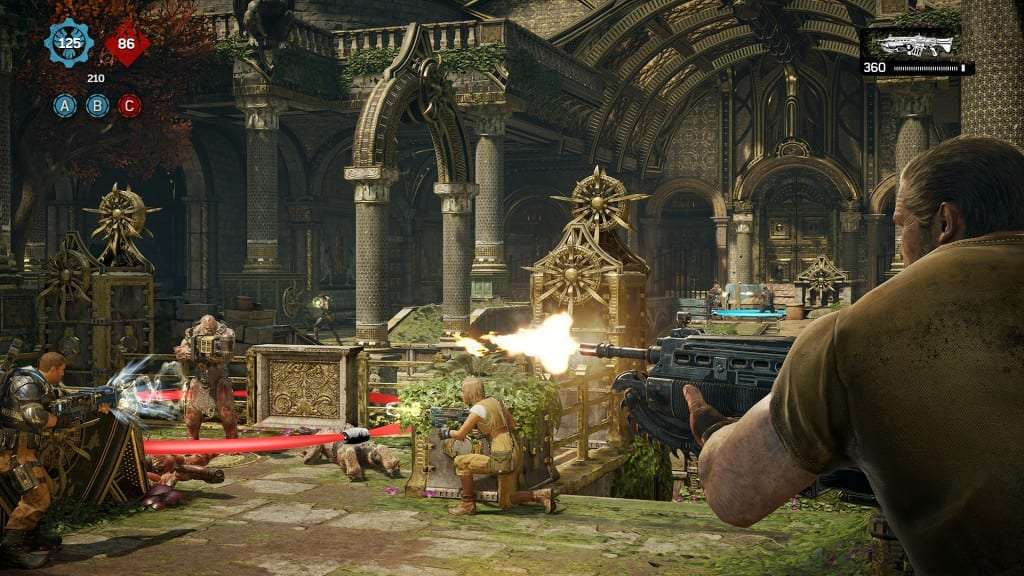 The cooperative focused Horde mode sees perhaps the biggest changes for the new era. The Horde concept has been fleshed out quite a bit with a much heavier focus given to fortifying your teams chosen base. This all happens thanks to the introduction of the Fabricator as well as five intricately designed character classes. The five included classes are Soldier, Scout, Heavy, Sniper, and Engineer. Functionally, they are all the same, including the ability to use all of the same equipment and weapons in the game. The differences come into play when combined with the game’s skill and perk system. 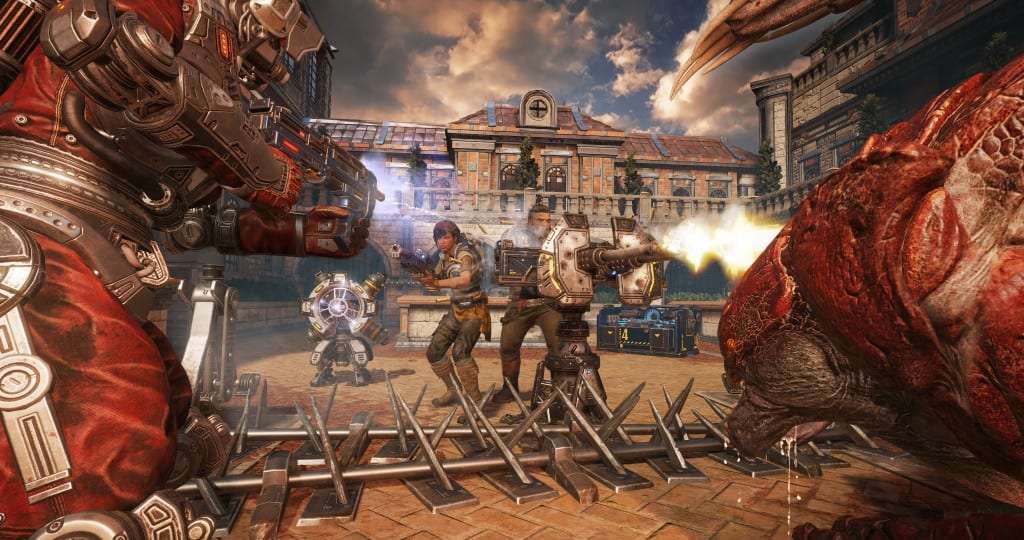 Having not waged war for a while on these types of games, I was pleasantly surprised about how easy it was to pick up with good hints along the way.

Gears of War 4 also has the most stunning presentation we’ve seen in any Gears game. For the first time in the series, characters look more photorealistic than they do cartoonish, and the environment is alive with insane weather, deep darkness, and particle effects that are truly stunning. 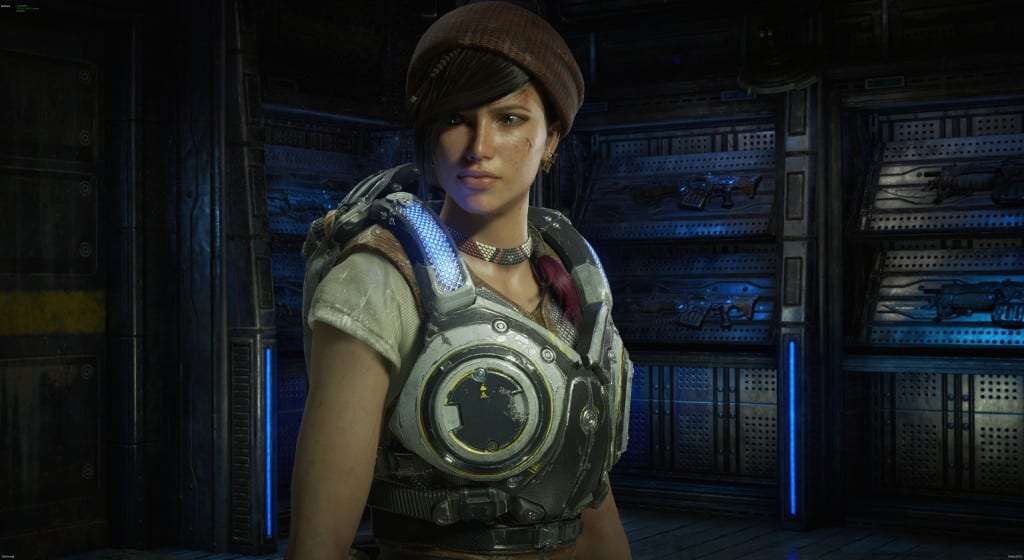 The sound is also impressive, though more in line with what fans have come to expect. The soundtrack is diverse and exciting, and the sound design is top-notch — not much beats the signature cracking sound that accompanies a headshot. 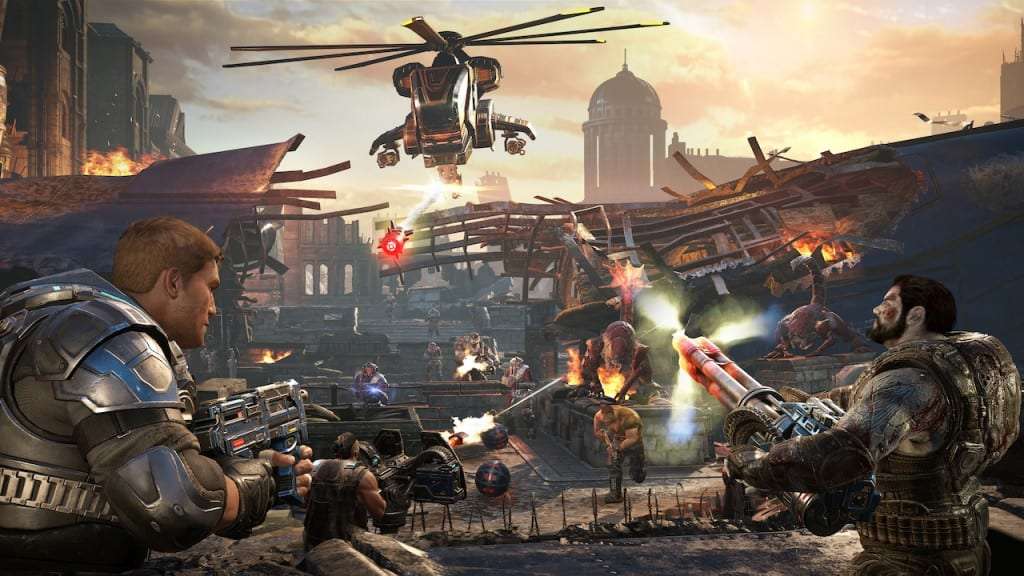 Gears is brilliant at doing what it does best. Gears. If you love offerings already on the market, then you will love this game, but it may let you down with it’s lack of exciting innovations and predictable story. Maybe it’s because when you make three solid 8 or 9 out of 10 games, you can’t do much to make it better, “if it ain’t broke don’t fix it”. The hardcore and the newbies alike will love Gears 4, but it won’t be the ground breaking Gears we reminisce about.