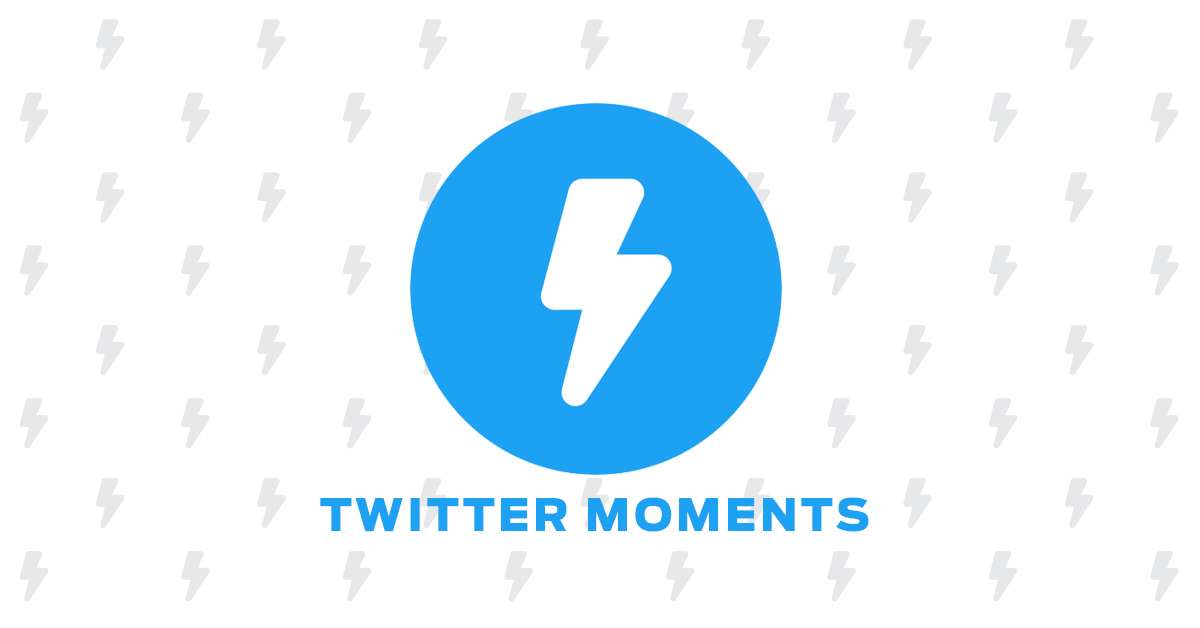 Having already launched in a few regions around the world, Twitter is finally ready to launch their ‘Moments’ feature in Ireland.

Moments is basically a curated newsfeed made up of stories which are put together by editors within Twitter and select partners. Its a very handy way to catch up on everything that’s currently happening and the fact they’re media rich with auto-play videos and GIF support etc., it’s a much more pleasant experience than endlessly scrolling through Twitter normally. 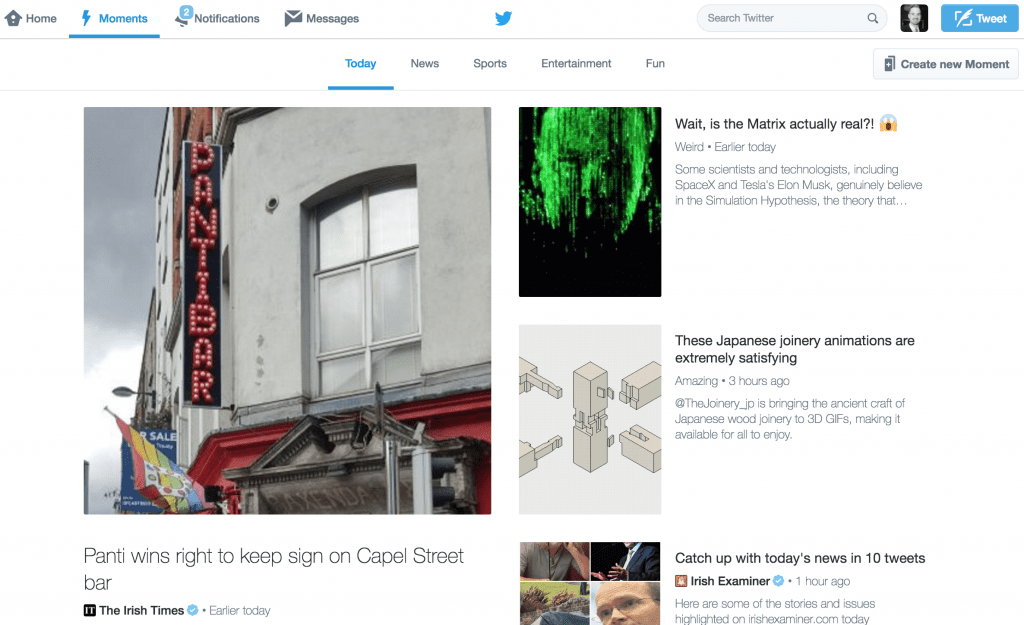 The way to find the new Moments section is to look for the lighting bolt tab on either the desktop or mobile version of Twitter. With the likes of RTE, The Irish Times and Newstalk all contributing to this new feature, you may see tweets and media uploads from outlets you don’t necessarily follow but will add to the overall story. We’ve also been told that more local partners will be added in the future with the ability to create your own ‘Moments’ coming down the pipeline too.

Twitter has launched the Twitter Moments tab in Ireland today. The Moments guide is a new way to find and dive into the most compelling stories on Twitter in an instant. This means immediate access to curated content around the biggest stories and most interesting topics of the day – anything from sports to music to politics to news to live events.

Every day, people share hundreds of millions of Tweets. Among them are things you can’t experience anywhere but on Twitter: conversations between world leaders and celebrities, citizens reporting events as they happen, cultural memes, live commentary on the night’s big match, and many more. We know finding these only-on-Twitter moments can be a challenge, especially if you haven’t followed certain accounts.

Moments helps you find the best of Twitter as easily as tapping an icon – regardless of who you follow. Just visit the new tab called Moments, where you will discover stories unfolding on Twitter.

Twitter is already a big part of the national conversation in Ireland and the Moments feature allows users to more easily engage with the most fascinating conversations of the day from around the globe.

Commenting on the launch of the Moments tab in Ireland, Mark Little, Managing Director, Twitter Dublin said: “For ten years, Twitter has been a natural home for a new style of Irish storyteller: fast, fun, and full of character. With Moments, we’ve made it easier to find uniquely Irish stories on Twitter, in more depth and breadth. Moments will bring together the multiple Tweets, videos, images and points of view that make up the stories we’re talking about, sometimes before we’re even talking about them.”

Today, most Moments are assembled by Twitter’s curation team, and some are contributed by partners like RTE, The Irish Times, The Irish Independent, Newstalk, Today FM, The Journal.ie and Entertainment.ie  As the feature evolves, more partners will be added. Users are also able to create their own Moments on Twitter.

As new stories emerge throughout the day, the tab will update. Users are also able to swipe through to specific topics like Entertainment or Sports.  For stories that update frequently, there is an option to follow the Moment which blends the Tweets directly into your timeline. This disappears once the story is over.