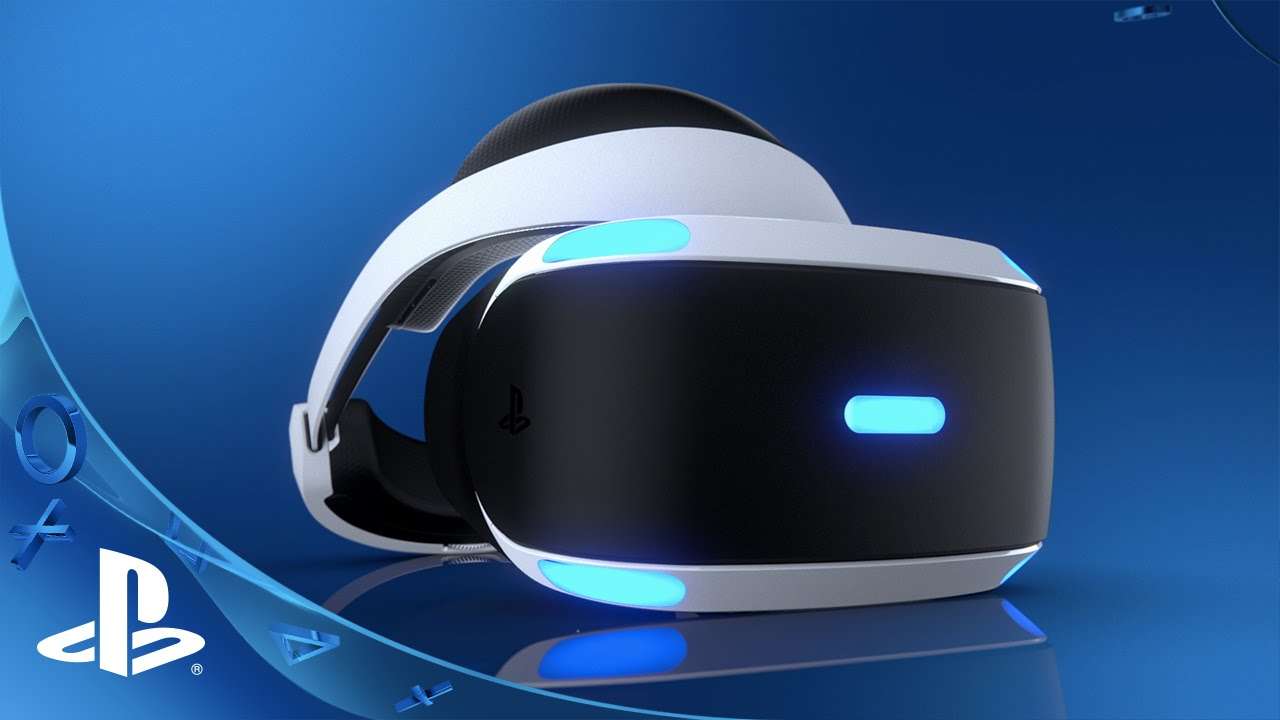 It’s 2016 and it’s the year of VR. With the Oculus Rift and HTC Vive already out in the wild for quite large sums of money for both the headsets themselves and their compatible PCs, Sony have decided to enter the arena with a much more wallet-friendly offering in the form of the new Playstation VR headset. Is it worth €400? Will it last after the initial fan fair? Read on to find out in our full review of Playstation VR. 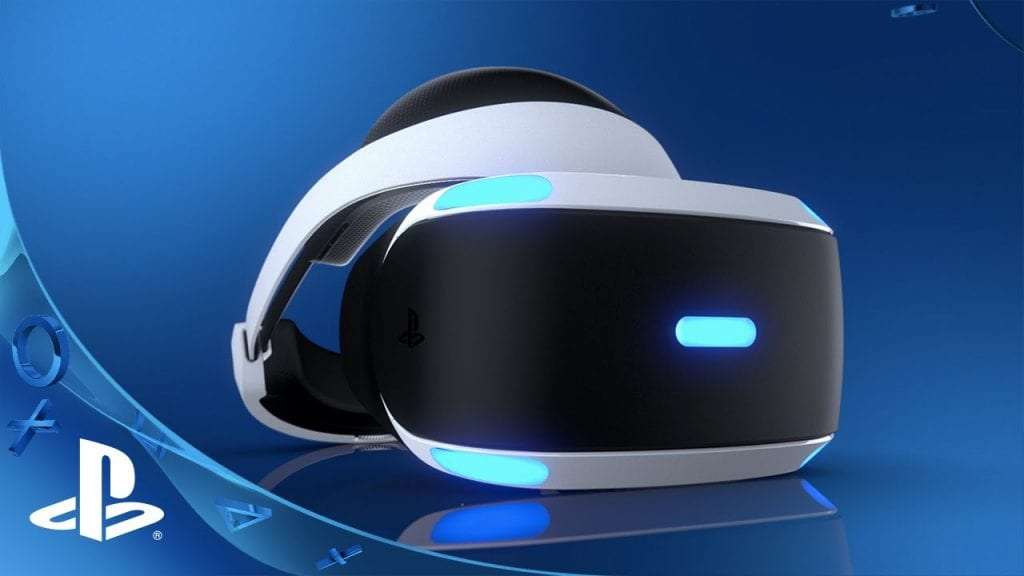 Coming in quite a hefty box, the PSVR takes about 10 minutes to set up. Thankfully, Playstation had the foresight to include a very user-friendly step by step set up guide, even going as far as to number each of the cables to help you through the process. Admittedly, there is a quite a few cables but it only really ends up being one large cable coming from your PSVR processing unit (it looks like a mini PS4!) to the headset. 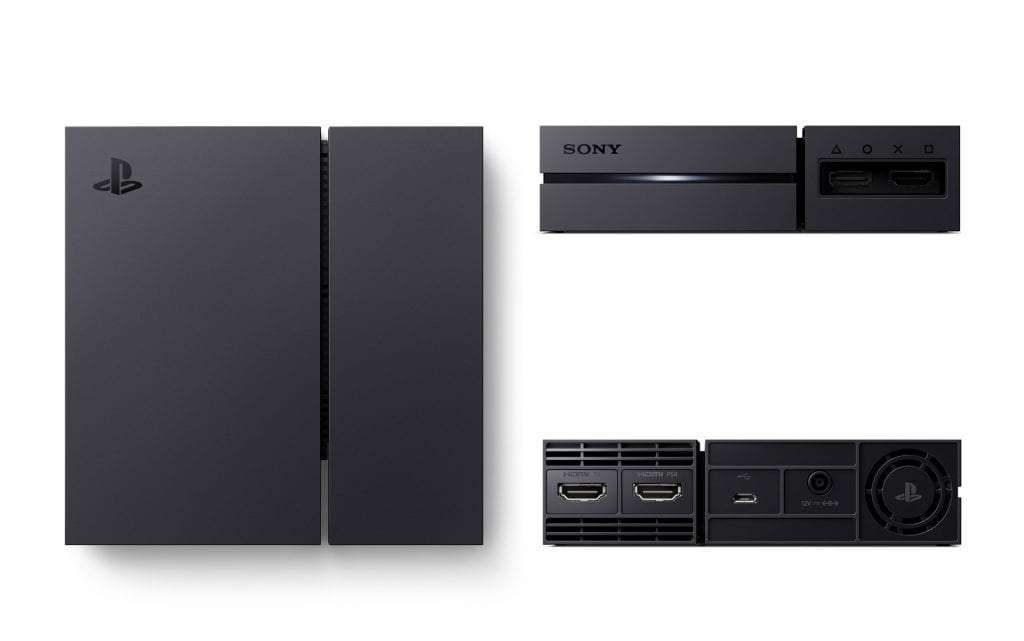 The new and improved camera was also very easy to install and the new bendable mounting stand allows you to quickly place and position it on top or below your TV for the best line of sight between it and the headset. We must highlight though that the camera doesn’t come as part of the €399 PSVR bundle so you’re going to have to pick one of them up separately as they’re required to use the headset (why they didn’t include it in the box, we’ll never know.) 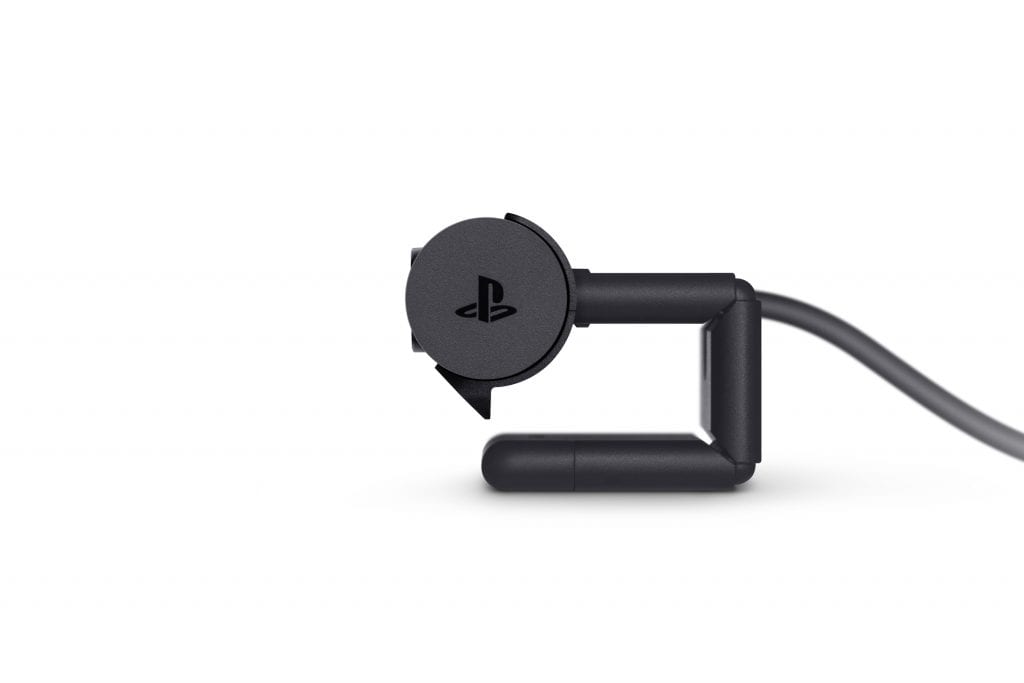 Having played with both the Oculus Rift and HTC Vive, we can definitely say that the PSVR is the most comfortable headset to wear out of the three. Sony, who are renowned for their ergonomic and stylish product designs have done a fantastic job of creating a well-balanced and easy to wear headset. 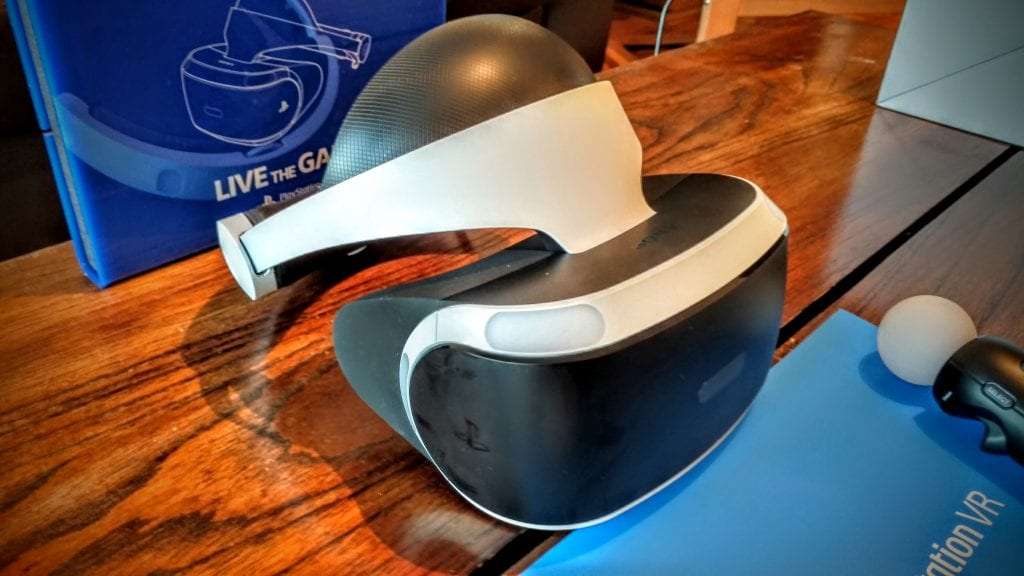 Little touches like the ability to slide the display section of the headset away from your eyes with a press of a button is very handy when looking for your Dualshock 4 or Move controllers. The fact that the majority of the headset’s weight is distributed between your forehead and back of your head means there is very little pressure and weight in and around your eyes which makes for a much more enjoyable experience over long sessions of play.

The in-line remote on the cable is nice and tactile also with easy to click buttons and a port for your 3.5MM headphones, (the pre-bundled set are pretty decent too). 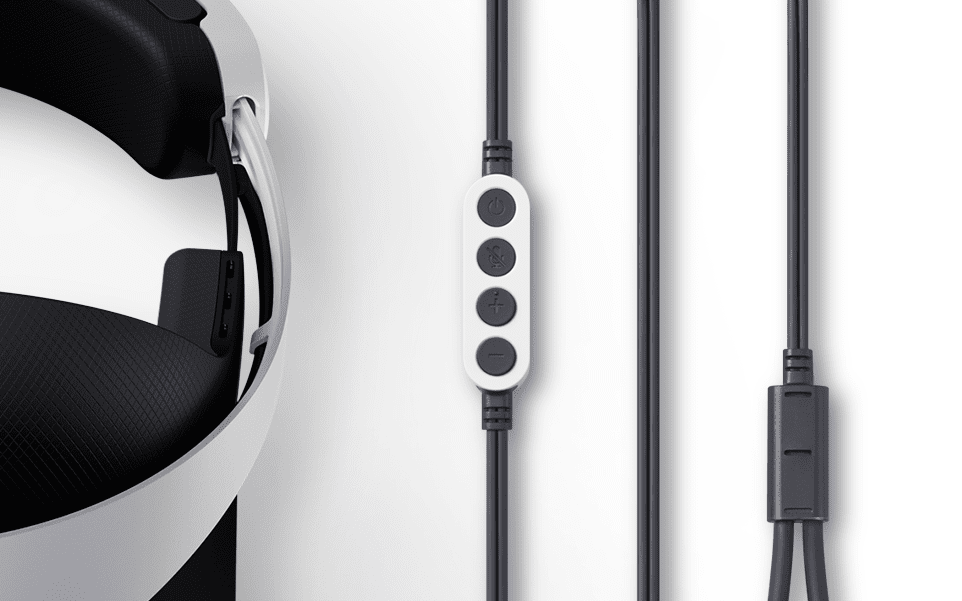 Although they’re not essential, the PS Move controllers, which are also sold separately, add a huge amount to the overall experience and give you the whole ‘virtual hands’ experience for many of the launch titles such as Job Simulator. 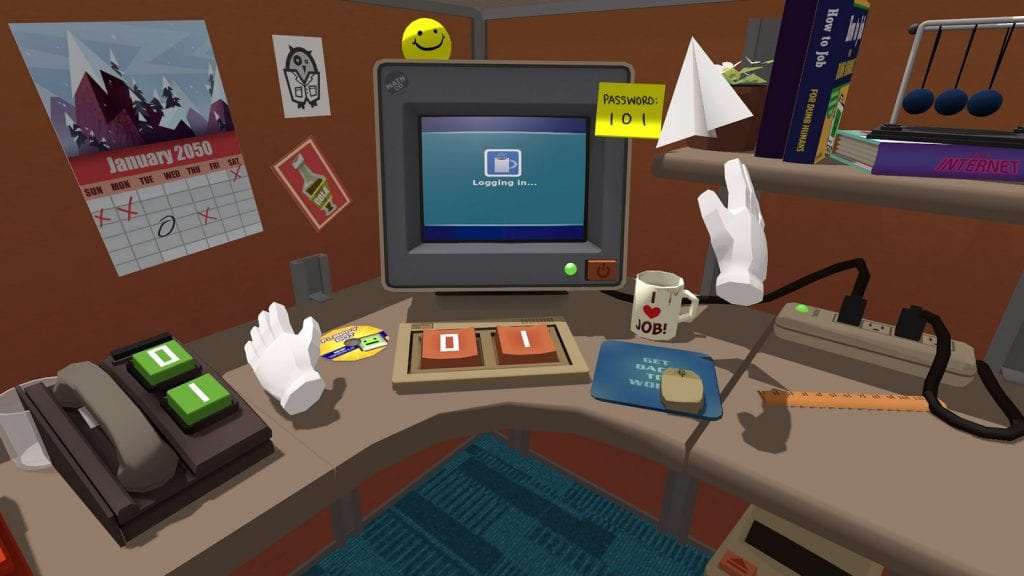 At this price point and being the first generation of a VR headset from Sony, we really weren’t sure what to expect when we donned it for the first time. After just a couple of seconds though, our worries were discarded as we descended into the blue abyss in Playstation VR World’ ‘Ocean Descent’.

The latency, or lack of, is absolutely fantastic! What we mean by this is, when you turn your head, the in-game visuals match it exactly and there is no perceivable delay. This may sound like an obvious feature of VR headsets but it really is one of the main challenges facing VR these days and Sony seem to have it sussed!

Testing other titles like Tumble VR and EVE Valkyrie, the experience just got better and better. Admittedly, the actually visual fidelity, as in how good the graphics are, sometimes isn’t up to par with the Rift or Vive but they are running on €1000+ PC rigs so seeing what this headset can achieve is extremely impressive given that the whole experience is powered by a 3 year old games console. 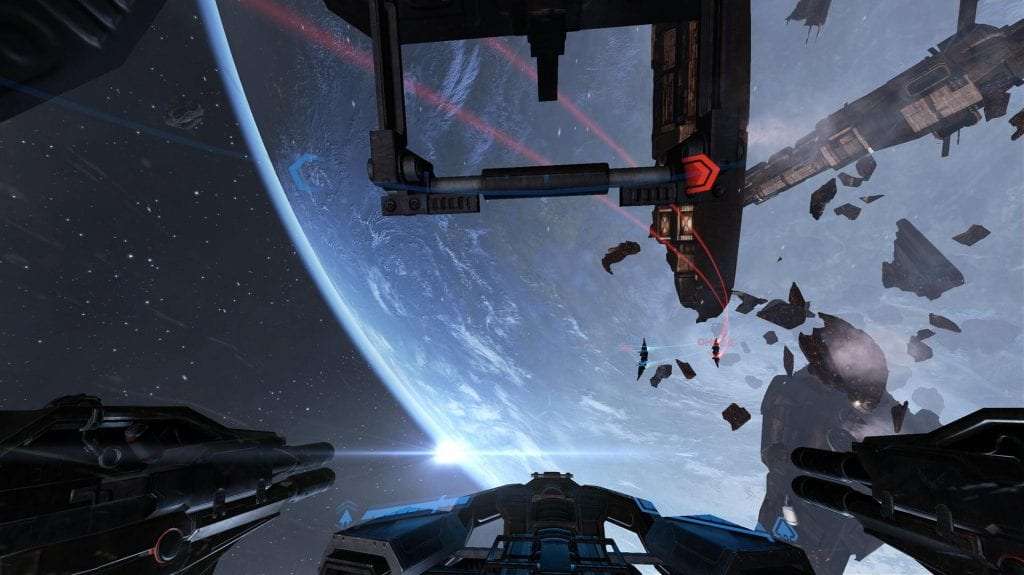 The 3D audio feature is also extremely impressive and does a fantastic job of immersing you even deeper in the worlds you’re exploring.

With almost 40 PSVR and PSVR compatible titles available at launch, Sony has done a fantastic job of getting developers, large and small, to creating engaging titles for the headset. We’re slowly working our way through many of the titles now with full reviews coming soon but some of the games which stand out already are EVE Valkyrie, Driveclub VR and Job Simulator. 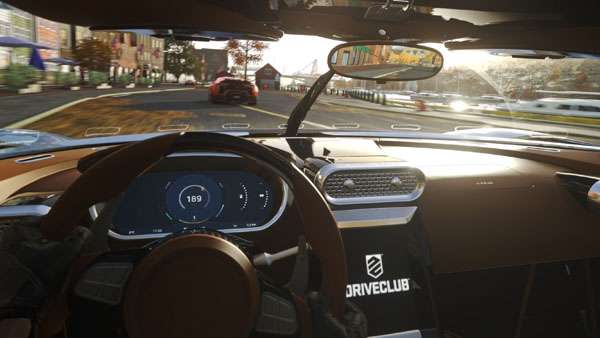 Here is a breakdown of all the titles available with more being released in the coming weeks:

So having played with the headset for quite some time now and tested out many of the launch titles, Sony have pulled off something special with this headset. The user-friendly set up, extremely comfortable fit and wide-array of launch titles all work together to create a very enticing package.

The Playstation VR is available in Ireland today from all good electronic retailers for €399 with the Playstation Camera and Move controllers sold separately.