Much like its older sibling, Driveclub VR is helping launch one of Sony’s new pieces of hardware, admittedly, this release has been a lot more streamlined then the first iteration of the title, but does it show off the true offerings of virtual reality or will be be looked back upon in years to come in an unfavourable light? Read on to find out what we thought of Driveclub VR.

For many racing game fans, Driveclub is most often labeled as a title that sits between racing sims such as Gran Turismo and the more arcade affairs found in Need for Speed. Players have grown to appreciated Driveclub VR’s older brother, Driveclub, for it’s stunning graphics and the unique feeling you got from driving each of its lovingly recreated supercars. For this outing though, players might feel a little deflated with the reduced visuals, lacklustre damage modelling and poor AI opponents.

We must highlight that there is indeed a full game on offer here and not just some add on feature for the original Driveclub. You get the main tour, single events, challenges, multiplayer and club mode where you form teams with other players to become the best team on the circuit. In total, there are 114 circuits to race around with 5 new urban areas added also. There’s just something about taking the perfect corner while physically looking into the apex with your VR headset on that’s so satisfying. Our only wish what that they included real world tracks also like Laguna Seca to feel like a real racing driver in the real world!

For your 114 circuits, you can choose from 88 cars to race around them, all of which were in the previous game but unfortunately, none of the motorbikes from the most recent update mode it over to this VR offering (maybe the nausea was too much from a bike!)

I also really like how accurate the motion controls were, which really helps add to the overall experience when it comes to selecting the cockpit view. For most other racing games, I would usually never choose to play them with motion controls but it just makes sense in VR. Swerving in and out of corners and the joy of drifting through a corner is all the more pleasurable when it’s done with the motion control option.

As a fan of the amazing visuals of the original Driveclub, I was so excited when I heard they were bringing the title to VR. Unfortunately, with the PS4 having to render much more for the VR experience, the visuals have taken a noticeable downgrade. 2D Driveclub and Driveclub VR look like completely different games at certain points and that’s not a good thing for the latter. The gorgeous dynamic weather is no longer there, the environments look flat and lifeless on certain tracks and the damage to the cars is next to non existent. 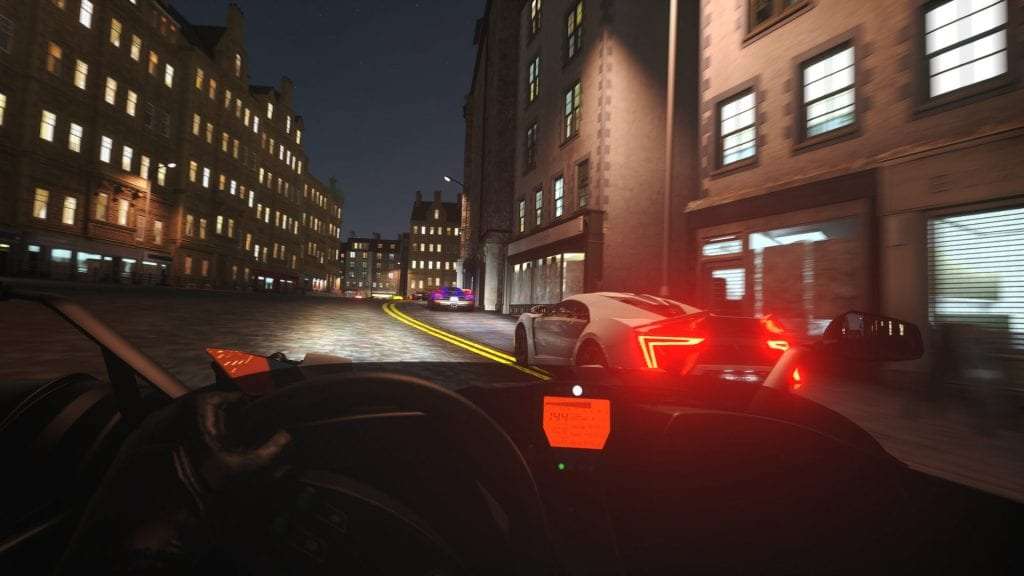 The VR experience and the graphics on offer also take a small dent because of the visual fidelity of the actual display in the headset. I often found myself trying to make out what was coming ahead of me on some of the tracks as the resolution of the VR’s display just isn’t there yet.

Overall though, for version 1 of a VR launch title, the visuals for the interiors of the cars, the weight to each of them and the lighting is still extremely impressive and does a great job of immersing you in the racing world.

After all is said and done though, there is no denying that Driveclub VR is an extremely fun game to play with the new headset and, as a launch title, that’s pretty key. Admittedly, Driveclub VR can be somewhat seen as the placeholder VR racing title until the likes of Gran Turismo Sport’s VR offering is released, but, for now, it’s the best choice for racing enthusiasts.