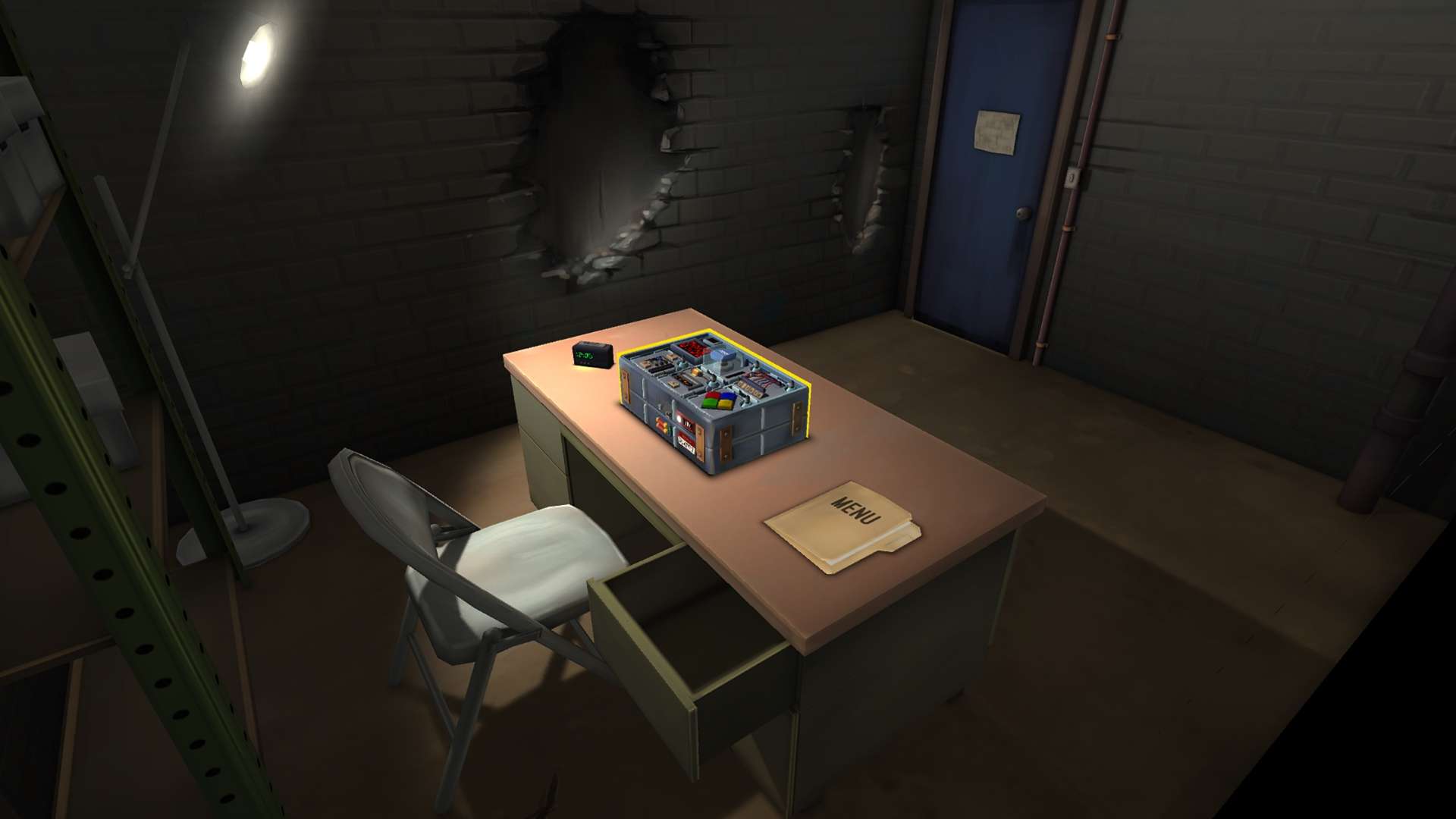 Keep Talking and Nobody Explodes is one of those games that sounds ridiculous (even its name makes people pull a confused looking face) and even a little boring in the grander scheme of things but that couldn’t be further from the truth. This title is fantastic fun in a very peculiar way and it’s something that needs to be played to understand where the true fun lies. Below is our review of Keep Talking and Nobody Explodes.

Admittedly, this game can be played without a VR headset (it’s also available for Oculus Rift) but there’s something so fun about one person seeing nothing but the bomb which must be diffused in their VR headset and having the rest of your crew shout commands and directions at them to make sure they carry out the right steps so as not to blow the bomb up!

When you put on the PSVR headset, you are told how to navigate the inconspicuous looking bomb using the DualShock 4 controller. Once you got the hang of the fairly simple controls, basically anyone can play this game. The game is all about your ability to speak clearly, quickly, and without the need to repeat or explain again, otherwise the bomb will explode and one of you will “die.” 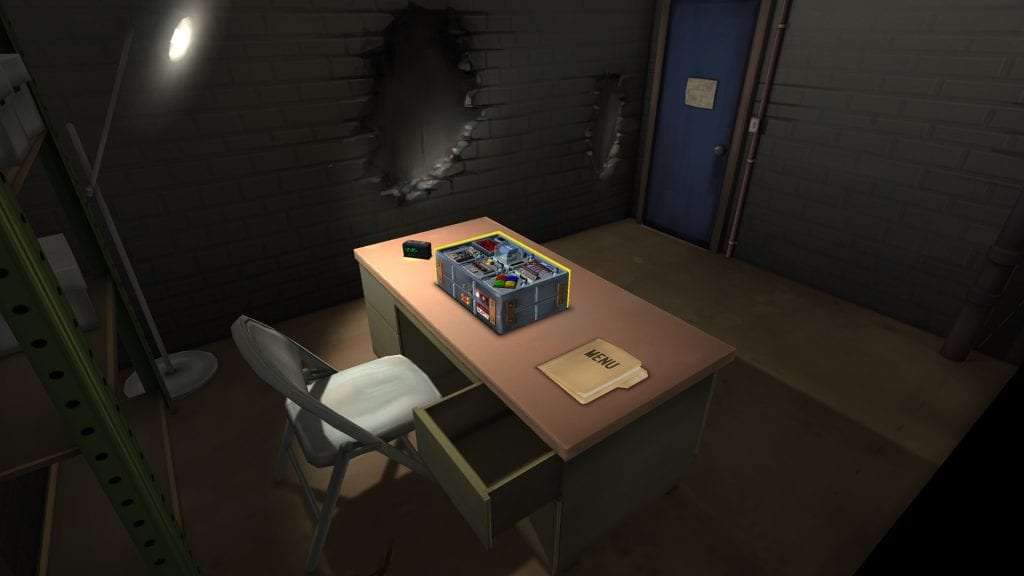 My girlfriend and I decided it would be a great way to test our relationship (I’m being extremely sarcastic here) so we took on the first couple of bombs to see how we got on. Thankfully, we didn’t actually kill each other and It was great fun to see how fast we could defuse each new bomb, and what bomb modules tripped us up, (there’s an unbelievably complicated Venn diagram one to describe which wire to cut based on colours, LEDs, and symbols which drove us mad!)

When you think of gaming in VR, this is one game format that definitely wouldn’t come to mind straight away but it just works. Having already been successfully launched on the Oculus Rift, Keep Talking and Nobody Explodes was an obvious title to bring to Sony’s headset. From the guys in Steel Crate Games, this is one of those games that you more than likely haven’t heard of but when you play it, you fall in love with it’s quirkiness and madness.

The PSVR really allows the headset wearer to have that experience of being looked in a random room with a ticking bomb and you can only speak to your defusal buddy about what you’re seeing as they either use the Bomb Manual that’s displayed on your television screen to help you diffuse the bomb. You an also physically print off a copy of the manuall for yourself from bombmanual.com (I’d say the NSA love that URL).

Obviously, if you watch gameplay videos for this game or going by any of the images from the game in this review, you’ll realise the art style is quite simple and cartoon-like but this actually works well with the whole tongue-in-check feel of the game. This isn’t meant to be a serious and intense puzzle-solving game but something that’s fun to play and great for parties. 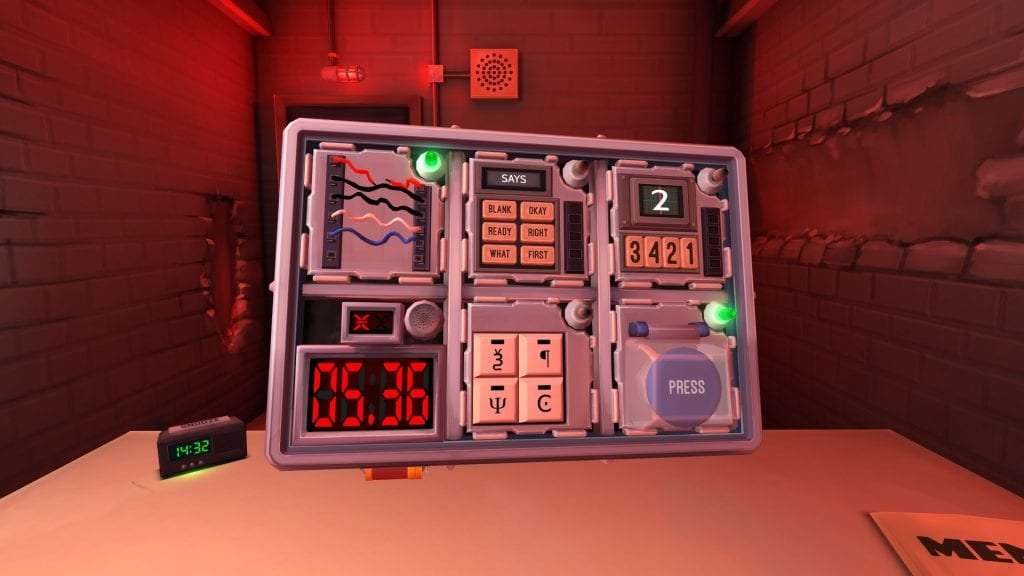 The visuals for the VR part of the game are clean and crisp and everything is easily legible which is key when one misreading of a word could cause you sudden death…(in the game). Everything looks nice and vibrant on the PSVR’s OLED display and the guys at Steel Crate games did a great job choosing this artistic direction.

Keep Talking and Nobody Explodes is a very smart use of a new technology. It’s been executed very well, is really easy to pick up and play, and it is fun for everyone. There is also a nice progression of difficulty as you move through each of the levels with more complex modules appearing with more frequency over time. This is one of the quirkier launch titles for Playstation VR but we’re so glad we checked it out.

Keep Talking and Nobody Explodes is available from the Playstation Store for €14.99.