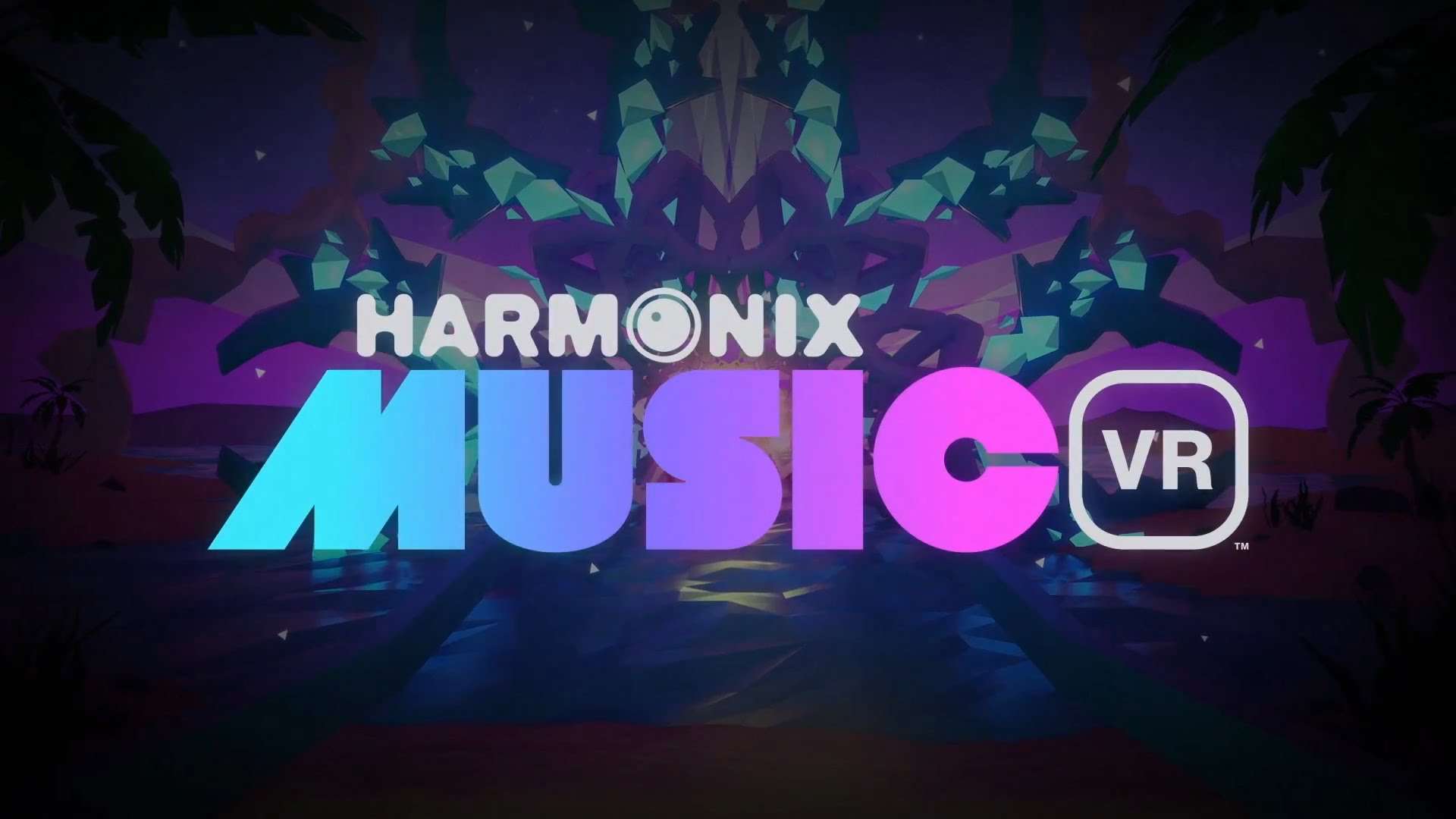 As we slowly make our way through the many reviews for Sony’s new VR headset, we come to our review of Harmonix Music VR. Some of you may remember the Harmonix brand from your Guitar Hero and Rock Band days of yester-year but this title can be seen as a homage to music more than a game. Speaking to Dan Walsh in Harmonix Games before reviewing this game, he had this to say:

“With Harmonix Music VR, we wanted to take advantage of the sensory deprivation effect of being in VR to bring the essence of that classic listening behavior back. We wanted to create a new way for people to focus on, experience and lightly interact with their music. This isn’t a game, it’s an experience and your music is meant to be the primary attraction.”

Does this description do the game justice? Find out below in our review of Harmonix Music VR. 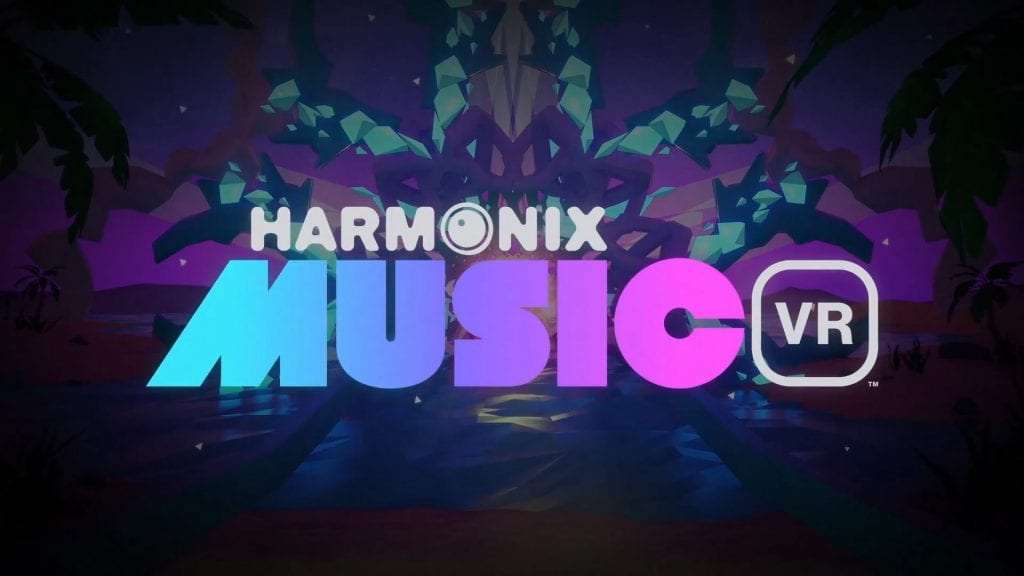 To start, and as stated above, this game is more of a music visualiser experience than an actaul game. In this launch title for PSVR, there are 4 modes for you to choose from with each one allowing you to interact and experience the custom supplied music or your own music via a USB stick into your PS4 console. 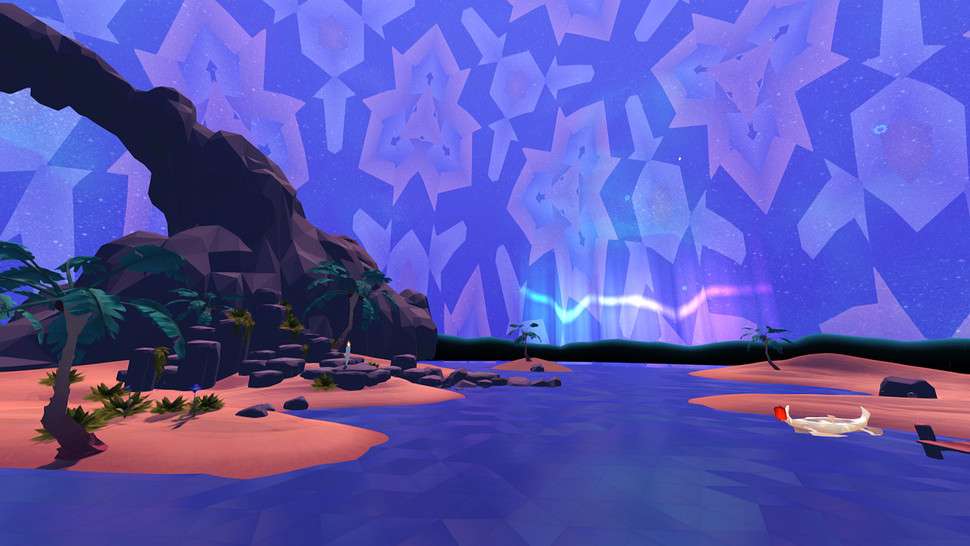 The first of the 4 modes is called “The Beach” which places you on this psychedelic beach with the ability to interact with your surroundings to a limited degree. As the music plays, the environment and the objects which you look at come to live by either pulsing to the music or floating and changing to a variety of colours and shapes. 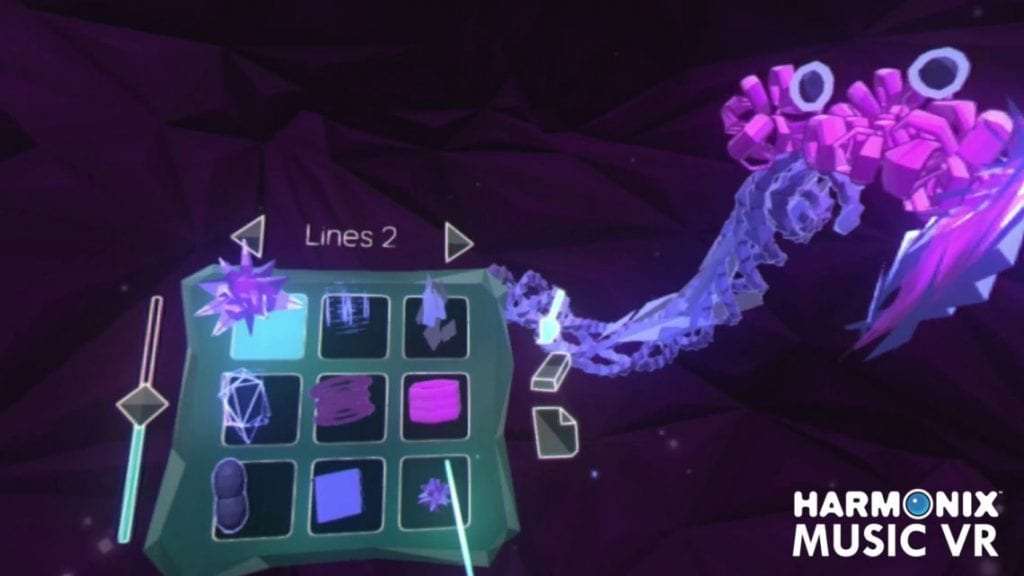 The next mode is called “The Easel” and is by far the best mode in this entire experience. For anyone who has played the other ‘paintbrush and easl’ VR game, Tilt Brush, “The Easel” is quite similar but it allows you to interact with the art via the music you decide to listen whilst creating your 3D masterpieces. 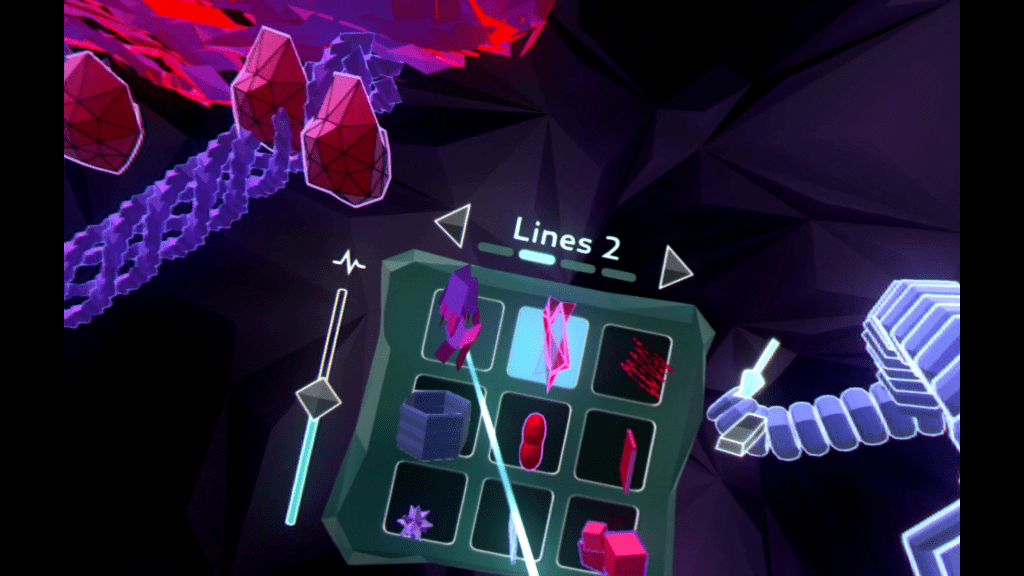 There are a lot of options available to choose from when designing your pieces and it’s an extremely enjoyable experience to paint and maneuver in 3D space. The move controllers are needed for this mode in particular but they are definitely worth it to experience this mode in full.

The next mode is “The Dance Party” which allows you to become DJ, dance choreographer and even God-like by simple eating virtual slices of cake to jump between your 3 roles. Set in a strange gym style dance party, you get to interact with strange looking creatures and you control and manipulate them to dance to the beat of the songs you have playing. This can be seen as the ‘choreographer’ part. 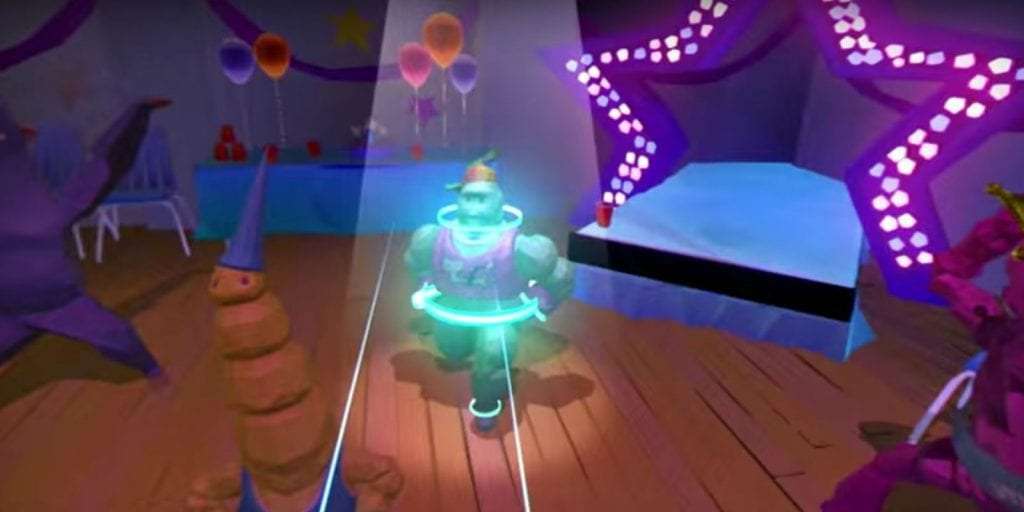 For the DJ part, you can jump behind the virtual decks and control the playback of the music, a random foghorn instrument and a confetti cannon that fires random items such as fish into the dancing onlookers.

Finally, the God part gives you a top down, God-like view of the party and lets you pick up the creatures below and fling them around the place which is kind of fun for a couple of go’s!

The final mode, called “The Trip” simply places you inside a 360 degree Kaleidoscope style tunnel, whilst everything pulsates to the beat and changes every time the songs you’re listening too transition into a new section. 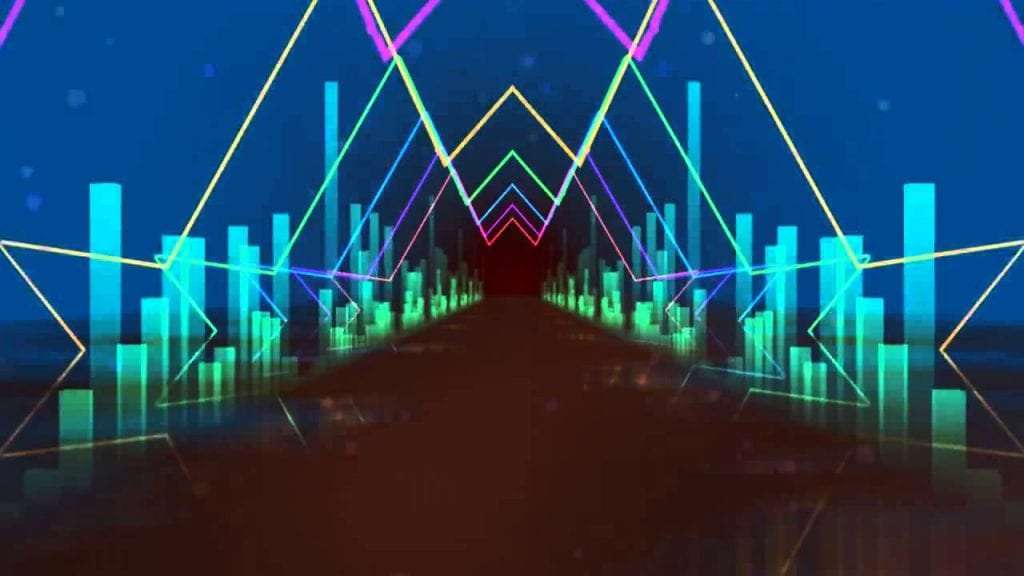 This is definitely the ‘tripiest’ (pun intended) mode of the game even though it’s the least inter-actable mode of them all.

Harmonix Music VR has some cool and interesting design choices to it. The Easel is certainly a nice showcase for cool visuals, though it’s dependent on your personal creative limits. 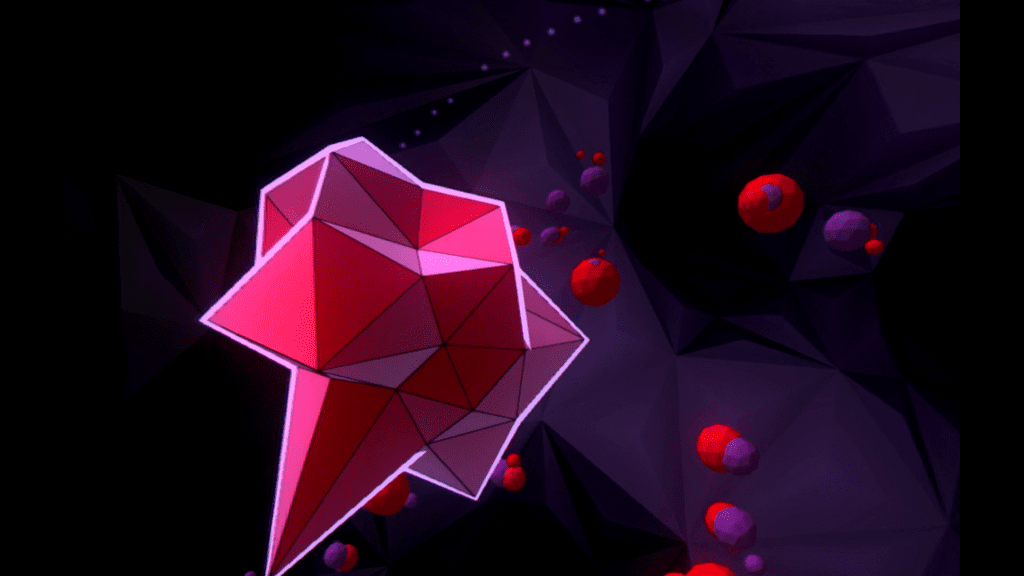 The Trip is also cool because Kaleidoscopes look trippy and the feeling of being inside one of them is a very cool experience. It offers so many colours and shapes flying past that I enjoyed it for a couple tracks before losing interest.

As for everything else, they’re really not all that memorable but fun for the first couple of goes. They would probably work best for when you have a few friends over and want to listen to some of your favourite tunes in a much more engaging way.

The game includes some music from Amplitude. It features an array of electronic tracks with some hip-hop as well. I actually enjoyed the selection of music though there aren’t a lot tracks available in the game. 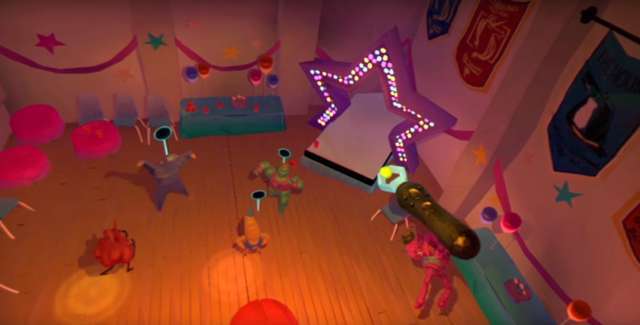 Luckily the game allows the use of your own music through a USB stick. this added feature really gave the game a second live and I found myself imagining what other new dance albums I could load onto the USB stick and interact with in “The Beach” mode for example.

For a launch title and something that is more of an ‘experience’, Harmonix Music VR definitely offers something different even is it isn’t as comprehensive a game as we would have liked.

“The Easel” is by far the best mode on the game when it comes to multiply sessions but this isn’t the case for the other remaining modes.

Hopefully though, Harmonix add additional modes to this title and increase the level of inter-actability for the current and potential new modes but this might just be wishful thinking. Overall, we enjoyed our time playing Harmonix Music VR but it doesn’t have the lasting power to make us go back to it all that often.