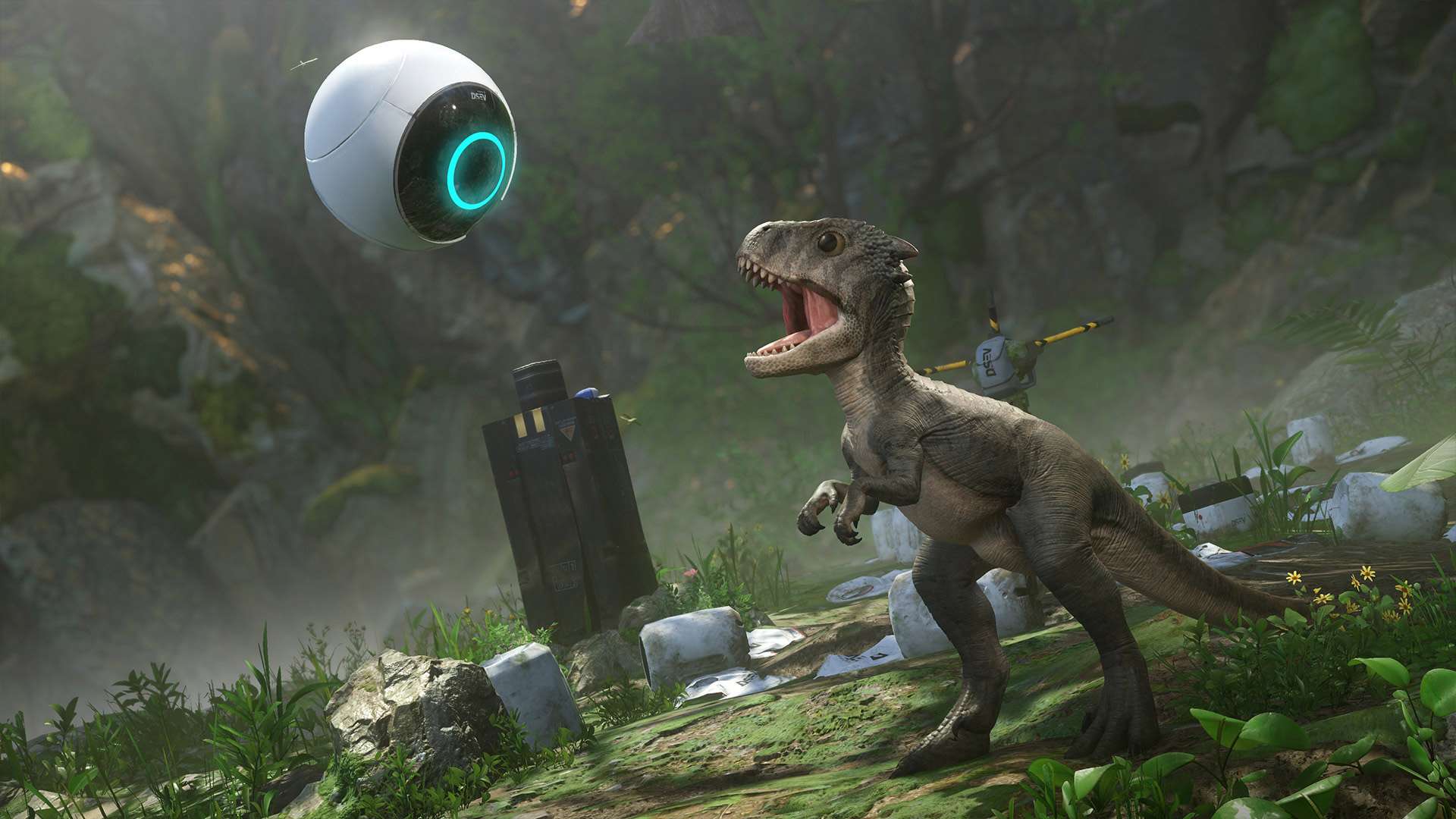 With PSVR out and selling like hotcakes if Sony are to be believed, it looks like the headset has been a success so far. We’re all to aware though that this success will now only continue if high quality content keeps being released for the device. Enter Robinson: The Journey from Crytek.

Used as one of the poster-children for the PSVR, Crytek had quite a lot to live up to. Having watched their Developer Diaries, my hopes had been built up quite high for this title and I was interested to see if Crytek could deliver on the hype. So, without further ado, here is our review of Robinson: The Journey for PSVR. 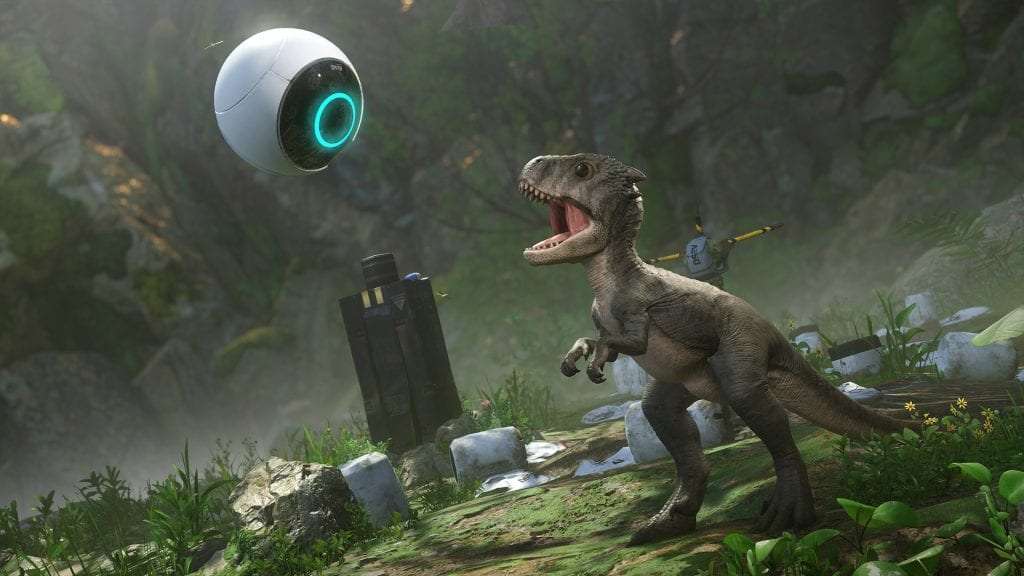 In Robinson: The Journey, you play as Robin, a 12 year old survivor of a colony ship that has crashed on an alien world called Tyson III with a baby T-Rex called Liaka as your companion and a floating AI bot called HIGS whose job it is to guide you through your adventures around the jungle-like environment. 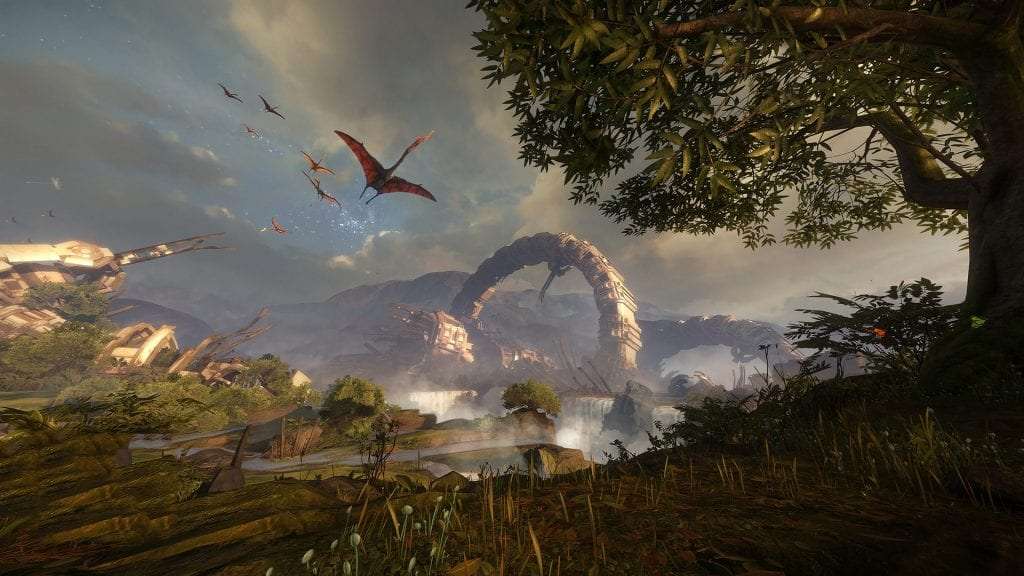 The only forms of technology available to you as you make your way around the varied environments are ones you’ve scavenged for yourself over the past year. In place of a gun like most other first person games, you have a multi-tool (which strangely resembles the Playstation Move motion controller) which allows you to interact with your surroundings and scan the various forms of unique Jurassic era wildlife that inhabit the planet.

Unlike many of their previous titles, Crytek have toned things right down with this title in terms of all out action but still keep the first person view as it works so well for VR titles. You interact using the Dualshock 4 controller (even though, as I mentioned above, your multi-tool looking like a Playstation Move controller) and obviously, your point of view is controlled by simply looking around whilst wearing the VR headset. 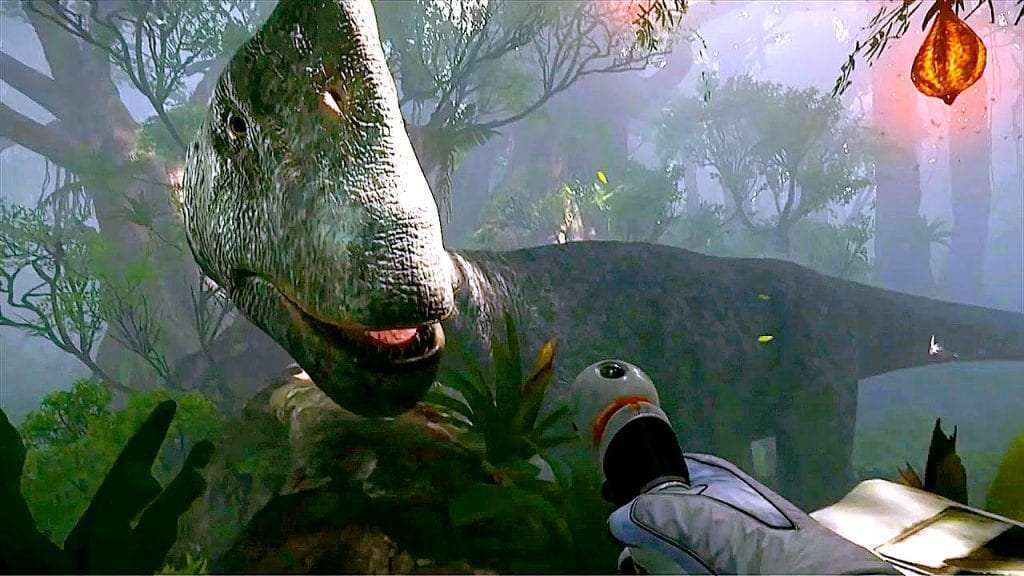 Many of the puzzles which you are faced with in Robinson: The Journey make use of the multi-tool, be it unblocking paths or creating bridges to get across tar pits for example. You can also use the L2 and R2 buttons to climb specific areas of the environment also. Both of these mechanics take some getting used to though and could have done with a little bit more tweaking to make the interaction level more seamless.

Understandably, giving players full control over a character in s 3D VR environment was always going to produce gameplay mechanic issues so I think Crytek did the best they could to give players as much freedom and interaction options as possible whilst keeping everything working in the background.

Unlike many other early VR titles, Robinson: The Journey actually gives you complete control of where you can move your character which, for me anyway, took some getting used to at the start as I got a bad dose of the ‘VR sweats’ meaning my brain didn’t like all of the movement on offer seeing as I was just sitting still in my apartment. After a couple more gameplay sessions I’ve seemed to have acclimatise to the experience but it’s definitely something to be aware of if you’re thinking of picking up this title. 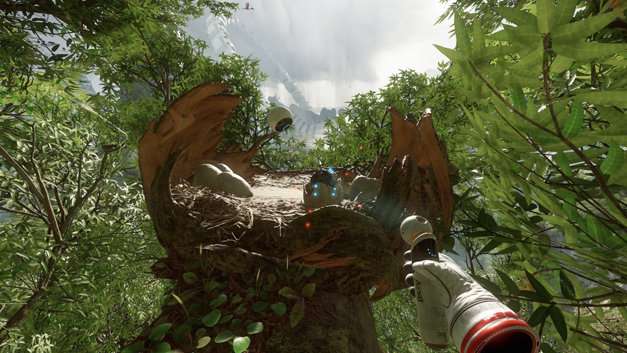 That being said, the sense of depth and space to each of the areas in Robinson: The Journey along with the vast amount of creatures and animals that are running around you all the time, it doesn’t take long for you to fully feel like you’re standing right there on this alien planet watching all this go on around you which is testament to how well Crytek have developed their engine to work with VR.

Crytek, who are world-famous for their stunning-looking FPS outings in the form of the Crysis franchise have brought their A game to Robinson: The Journey. The world they’ve created for you to explore in VR is simply gorgeous, from the vast vistas to the bubbling tar pits, the world of Tyson III feels alive and looks fantastic. 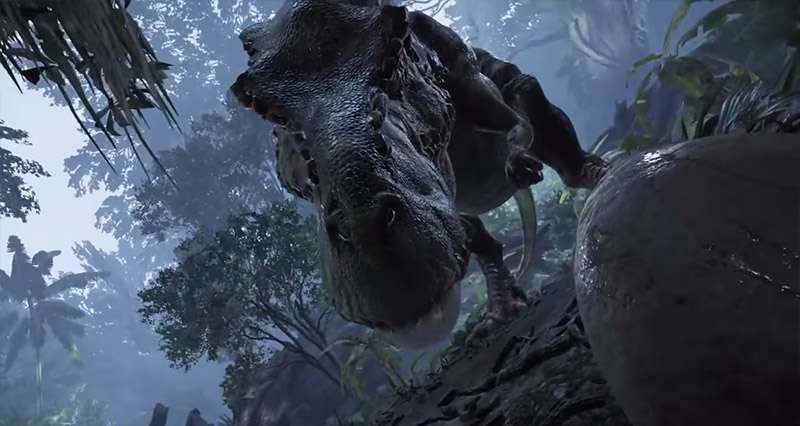 Unfortunately though, it seems the PS4 itself isn’t able to keep up with all this visual magic as I couldn’t help ignore some serious cases of pop in, to the point where it became distracting throughout my time reviewing the game. Hopefully this is something Crytek can fix with a launch day patch.

In the end, I was definitely impressed with what Crytek have created and, even though it was over quicker then I would have liked, 5 hours in my play-through, Robinson: The Journey is an impressive feat nonetheless. With jaw-dropping visuals and a unique and captivating world, this early PSVR title is one you should definitely check out to see what can be achieved in a medium that’s only in its infancy. 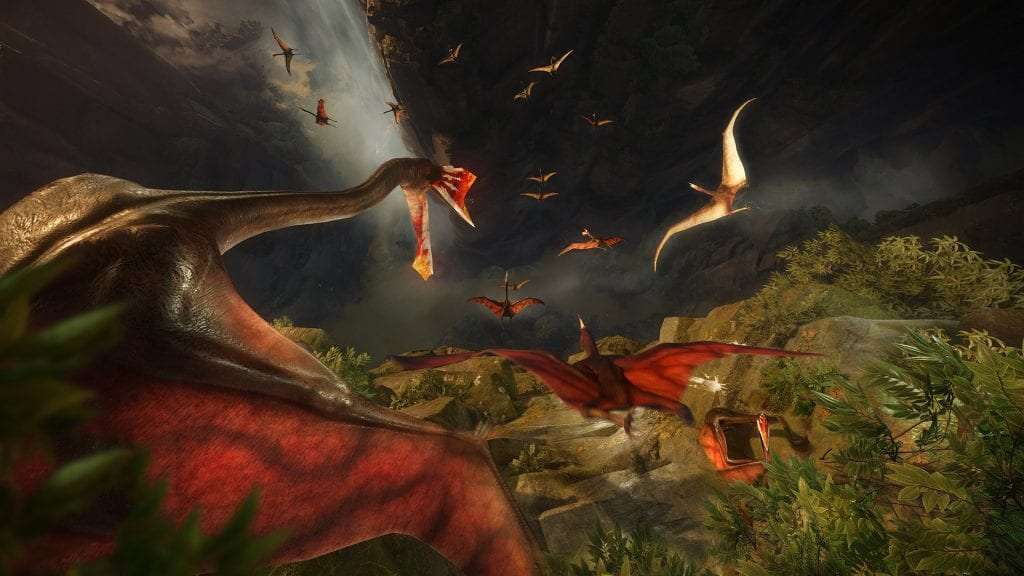