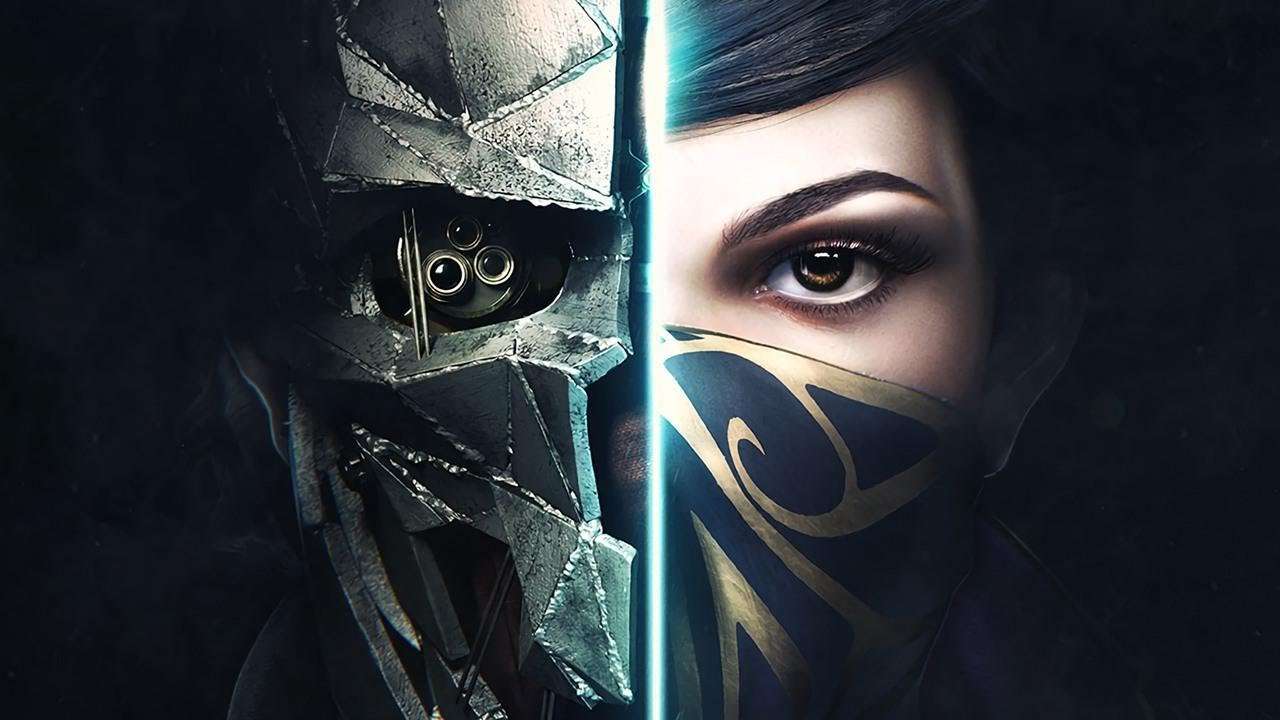 Following on from the critically acclaimed first instalment in Arkane Studio’s epic new IP, Dishonored 2 follows the same gripping narrative arcs of its predecessor whilst improving gameplay mechanics and levels of inter-actability across the board. In a period where new AAA games are being released weekly, Dishonored 2 stands out from the crowd. 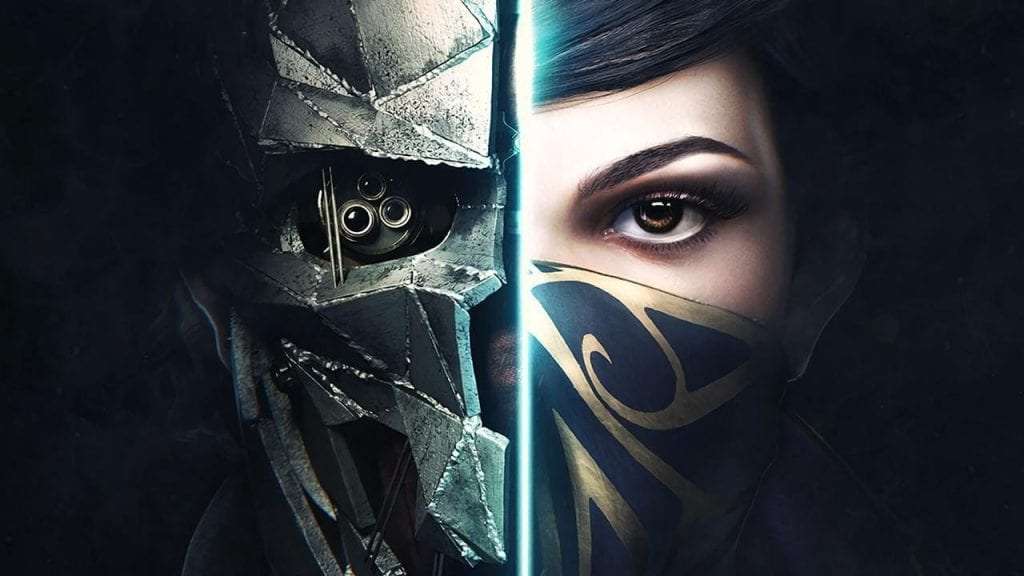 Dishonored 2 starts about 15 years after the original game. Emily Kaldwin, one of the two main protagonists, has ascended to the throne as Empress of Dunwall with the support of her father and royal protector, Corvo Attano, who you might remember from the Dishonored 1 and who is the other main protagonists in this game. 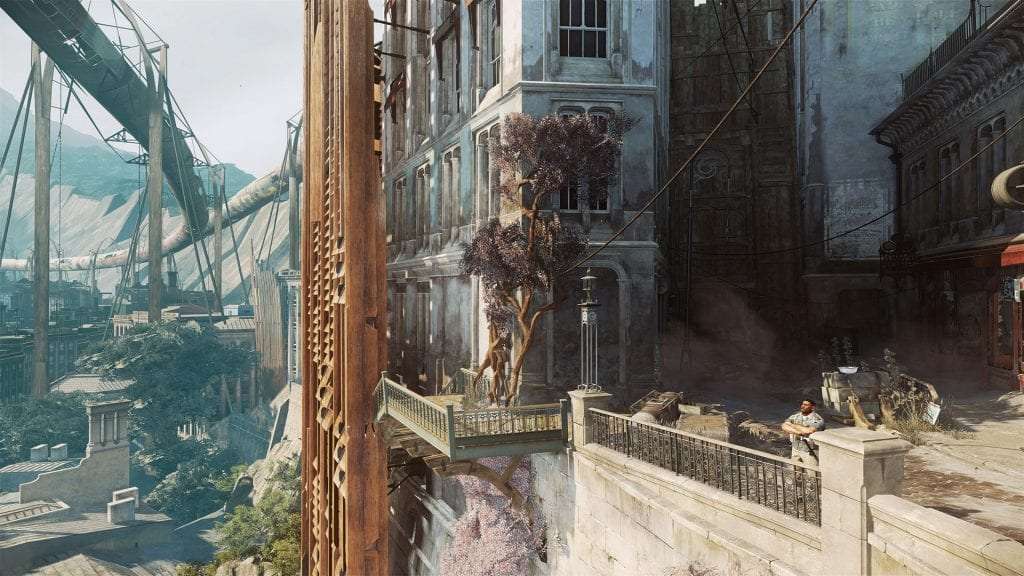 Right from the off, we realise that all is not well and that the “Crown Killer” is silencing Emily’s enemies with all the blame falling upon her and her father. At a remembrance ceremony for her own murdered mother, a witch named Delilah appears and claims to be the true heir to the throne and that she’s Emily’s aunt. This is where the game kicks in a gives you the choice of who to play out the narrative as, Emily or Corvo, with us going with Emily for our first playthrough.

In terms of narrative structure, Arkane Studios have broken it down into a series of short stories with each one being set in its own unique town with its own twist, all the while, whilst completing each of these stories, you get closer and closer to your final goal. This narrative concept is quite similar to Dishonored 1 and one that urges you to continue your quests and tasks to see the next breathtaking port for the next town and mission.

In Dishonored 2, player choice is always paramount and the environments are rich with imaginative styling and design choices. With immense replayability due to its multiple endings, this game will have many players returning to try the many different approaches available. 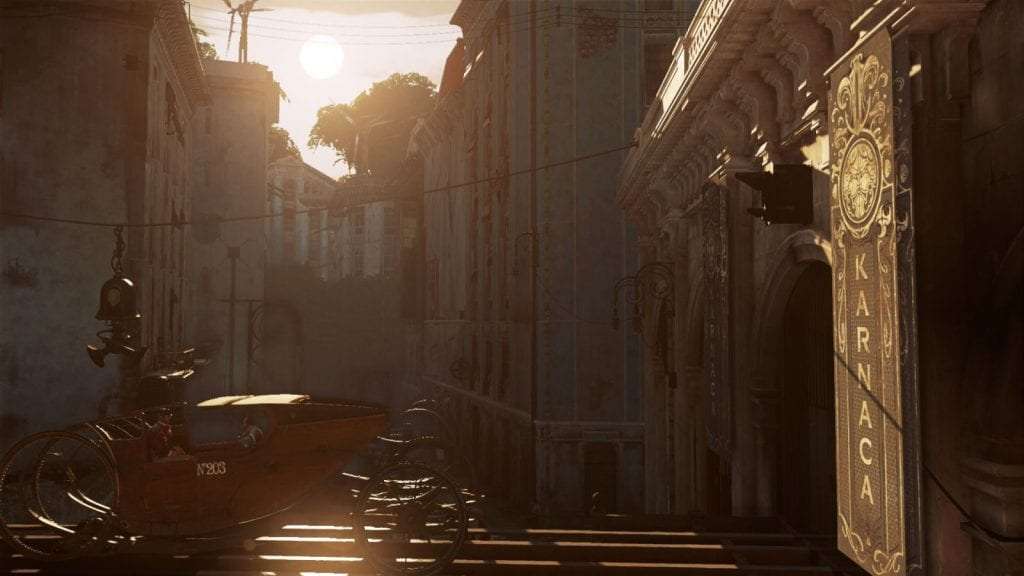 With the option to play through the campaign as either Emily or Corvo, the protagonist from the first instalment, you’ll be imagining the ways you can tackle each of the game’s levels with both of these unique characters. After learning the mechanics of the game and Emily’s abilities, we made sure to constantly look up for verticality, explore every room for lore and goodies, and hatch new plans after each failed attempt. 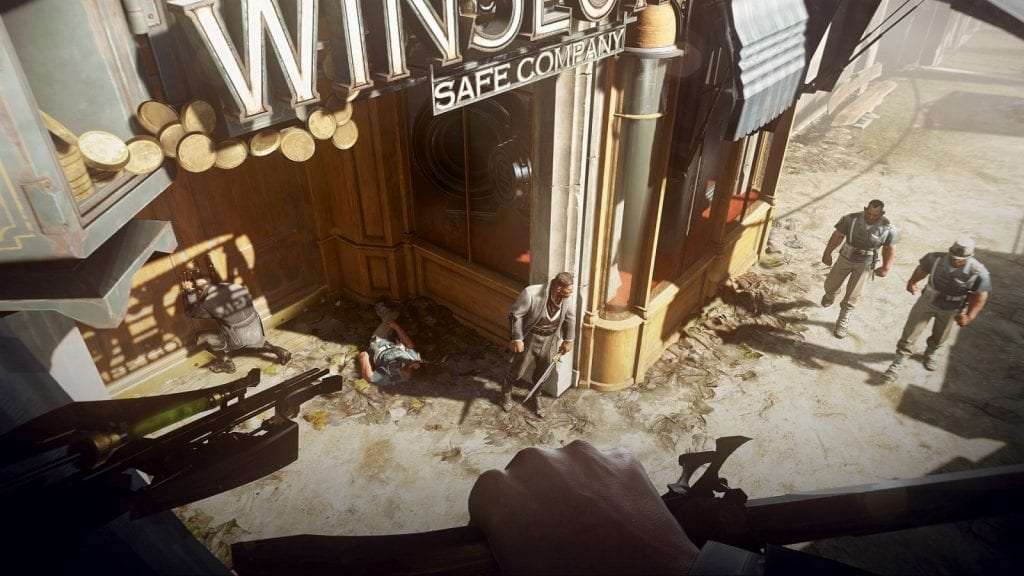 The level design is one of the highlights in Dishonored 2. The streets and residences have a sense of purpose and interconnect intuitively to provide variety and even entertainment. Dishonored 2 almost always has a clever way to move you from the end of one scene to the beginning of the next. There is still one particular level that forces a backtrack of sorts, but the actual mechanic used for this part is so brilliant it doesn’t outstay its welcome. 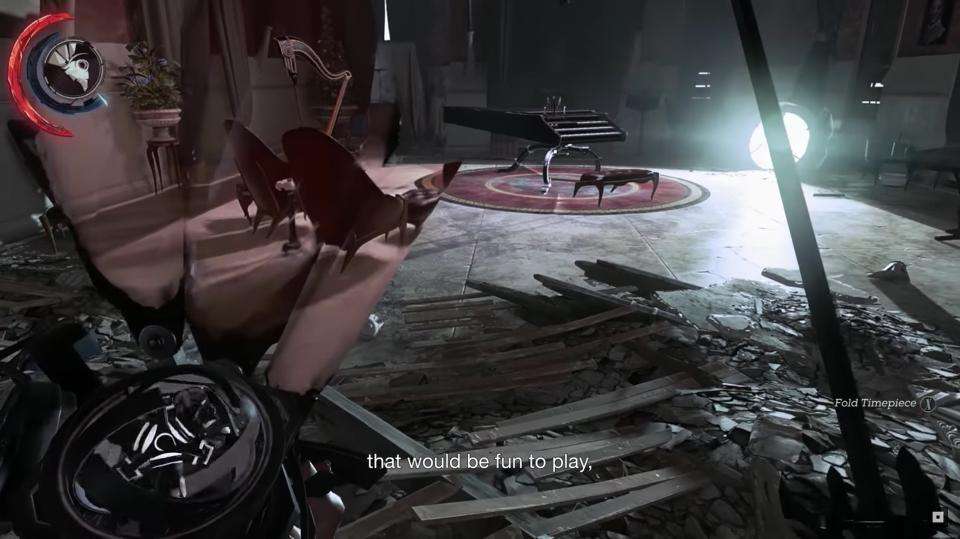 In terms of gameplay options, we found sneaking up on enemies and taking them out with a quick but gory death-blow or slower choke hold worked best but it’s purely up to the individual playing to decide what works best for them. Just like Dishonored 1, combat in the game is still the same crazy mix of melee, ranged and magical abilities that worked so well in the first game.

The art direction in Dishonored 2 is unsurprisingly fantastic albeit somewhat weak graphically in comparison to some of the other AAA titles released this year. We did notice some texture load issues and some lagging now and again but Arkane Studios’ unique and striking visual styling makes up for all this. Karnaca, and everything in it, creates the feeling that it’s a hellhole of a place to live but this is testament to the studios’ design choices in conveying this wonderfully wicked and gruesome environment. 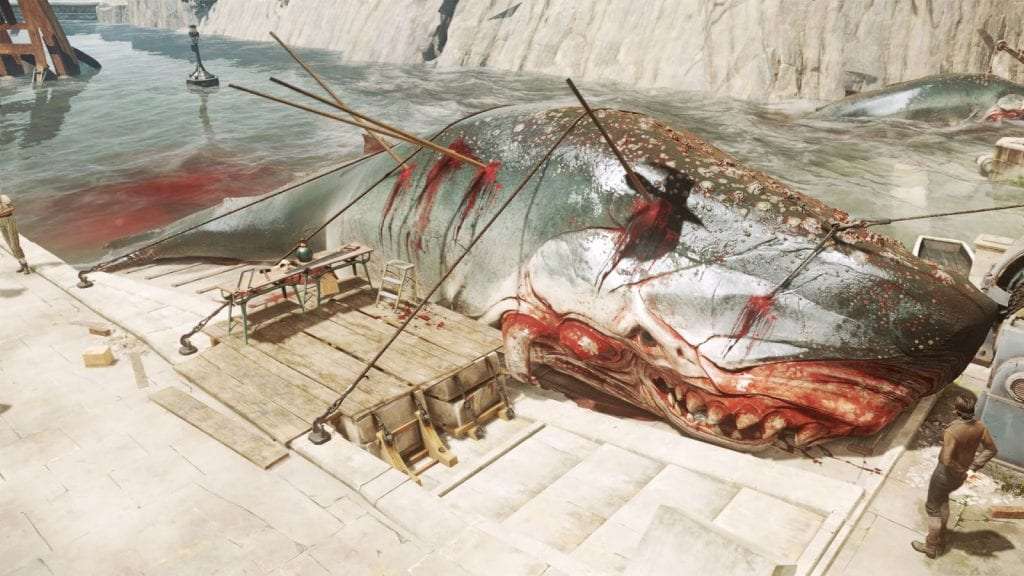 The colour palettes on display along with the lighting in each of the various towns and ports are also striking and immediately memorable and we got the feeling more than once that it felt as if we were walking around a surrealist painting. This again shows Arkane Studios’ incredible ability to create truly memorable virtual worlds, just like in Dishonored 1. 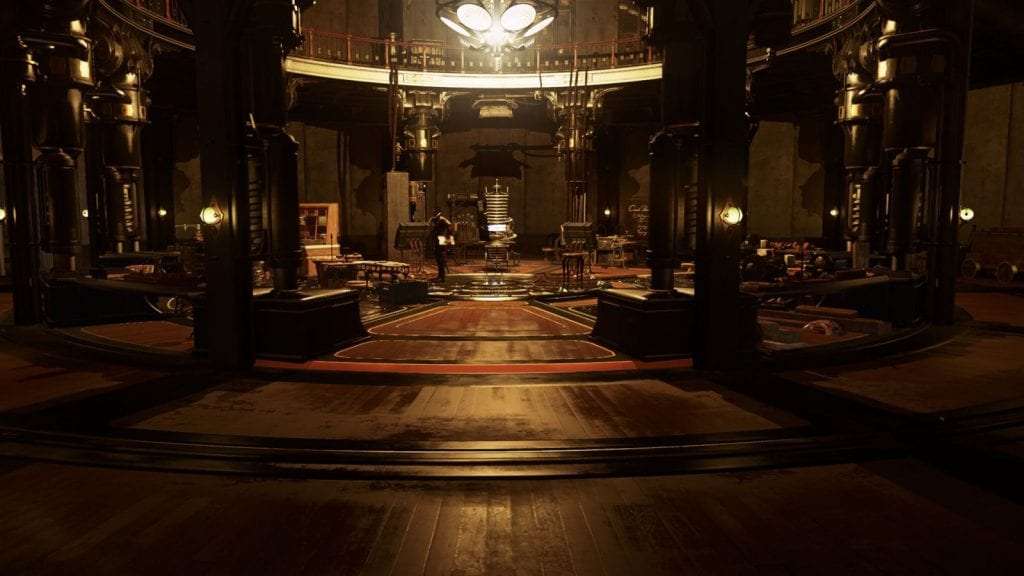 Dishonored 2 is the perfect mix of amazing level design, well thought-out stealth combat mechanics and added depth due to the option to play as one of two players. Not only does it improve on all levels from its predecessor, it also holds its own as a fantastic standalone experience. You would be doing yourself an injustice by not giving Dishonored 2 a go. 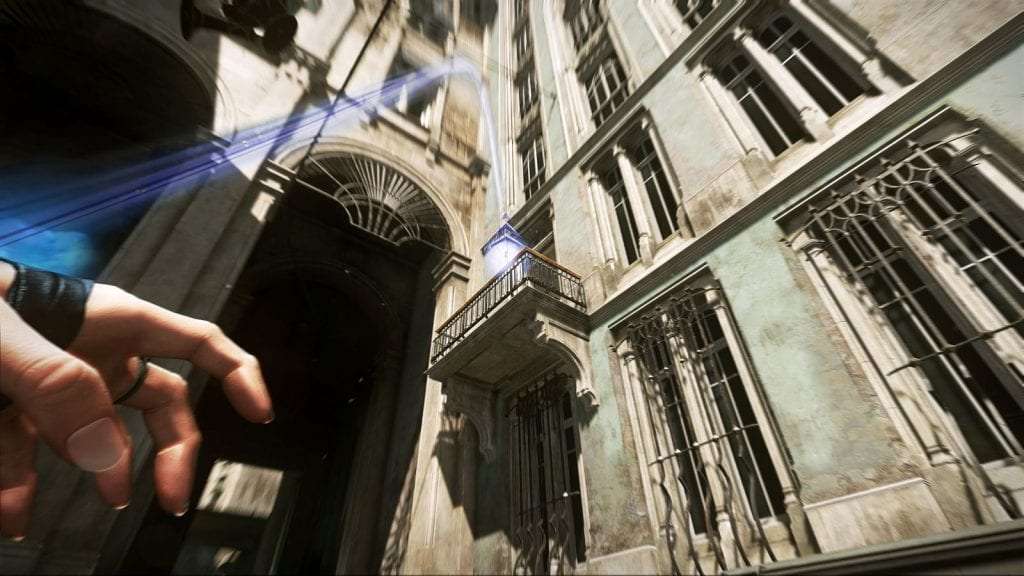