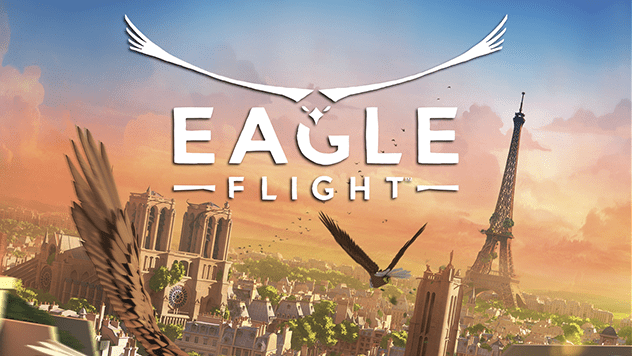 The problem I’ve had with my PlayStation VR lately is that it’s great to show friends, but not so much for gaming by myself. While there is a lot available, the launch line-up for the PlayStation VR is full of tech demos and ‘experiences’ that last from minutes to barely an hour – which is fine for parties, but doesn’t provide a lot of compelling regular gameplay for the headset’s owner. Eagle Flight could very well have been a glorified tech demo as well, and in some aspects it is, although its developers have aimed a little higher in providing a reasonably fleshed out, lower cost game, that actually turns out to be one of the best PSVR titles out at the moment.

Eagle Flight‘s story mode takes you right through the life cycle of a bald eagle in the Paris wilderness, from first hatching to finding your own mate. It’s narrated almost like a wildlife documentary, with a British voice giving you a few lines now and then to educate you about the eagle, the world it lives in and the other animals around. There are just over 20 main story missions to complete, along with a range of side missions, each a bite-sized challenge that only lasts a few minutes, though can be repeated again and again to gain a perfect star ranking. 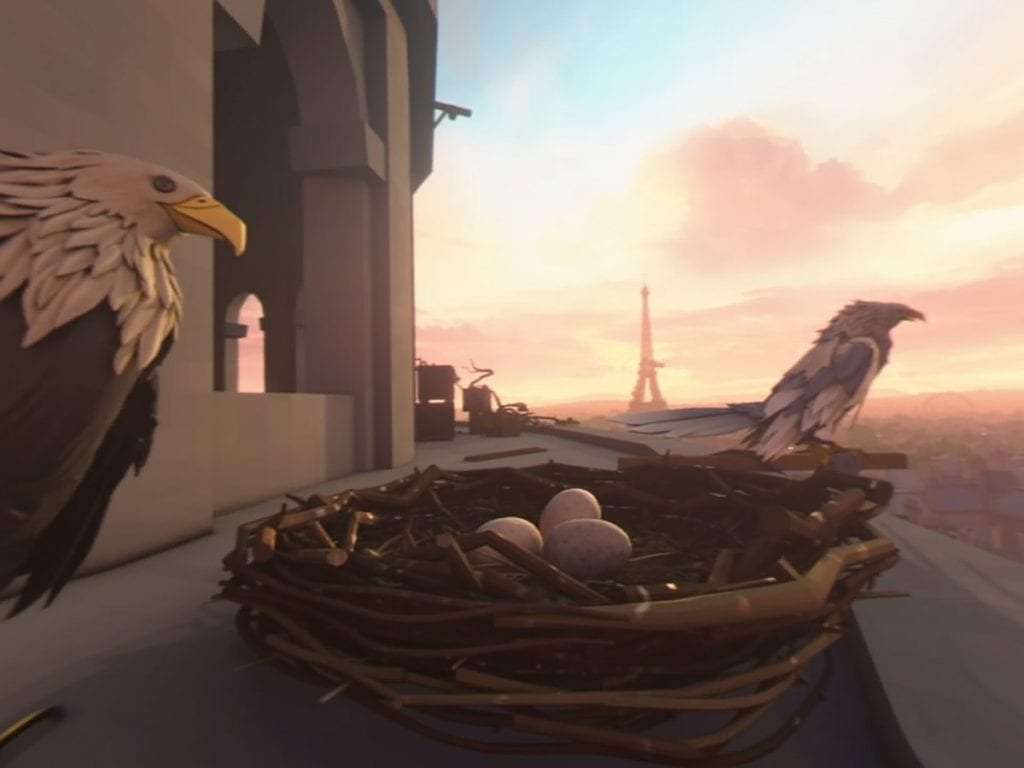 These missions include ‘fly through a series of rings’ challenges which are quite lenient in terms of how close you actually have to get to each of the rings to successfully pass through. There are also time trials through the city’s metro tunnels and catacombs, which split into several paths depending on how dangerous you want to fly – with small, winding vents for pro players, and large open spaces for newbies.

Controlling your eagle is pretty simple, as you always fly in the direction your head is facing. Tilting your head allows you to make turns, although simply dodging with your neck allows you to make quick split-second course corrections as well. It all works pretty well, in conjunction with the PS4 controller, whose main function is to handle combat elements and to activate your ‘boost’ speed. Like another Ubisoft property, Assassin’s Creed, there aren’t many occasions where you won’t want to be firmly mashing the R2 button to be at full speed all the time, especially during time trial challenges. 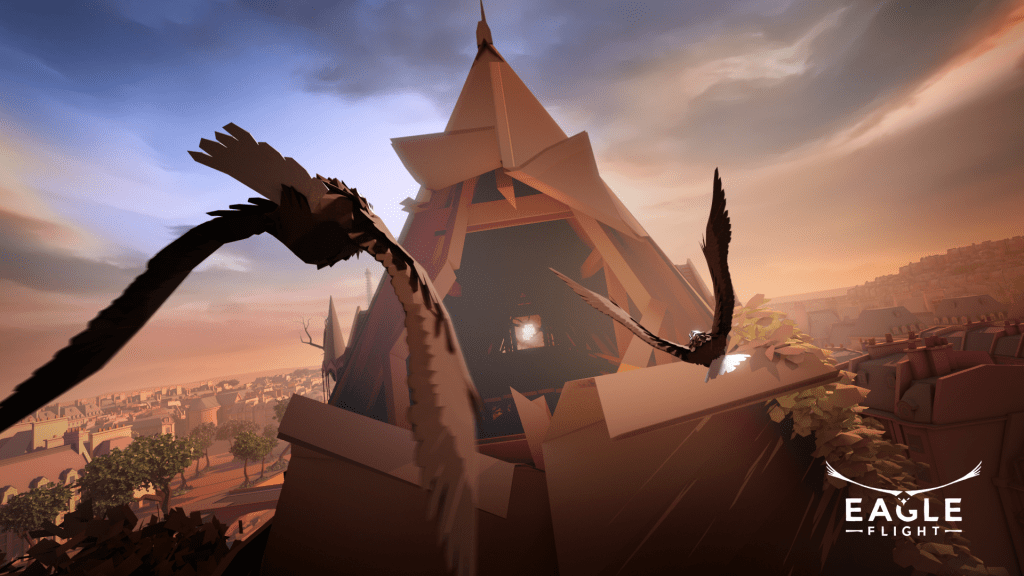 There’s no surprise that given the title, Eagle Flight places you in first-person control of an eagle. Quite literally, in fact, as there’s a permanent ‘beak’ overlay all throughout gameplay as you actually see through the eyes of a bald eagle as you fly around the map. This overworld is where most of the game takes place – a peaceful, but abandoned and overgrown future version of Paris. We don’t learn what exactly happened to all the humans (the only clue is a crashed satellite you can discover), but all manner of animals have since broken out of the zoo and colonised the city. 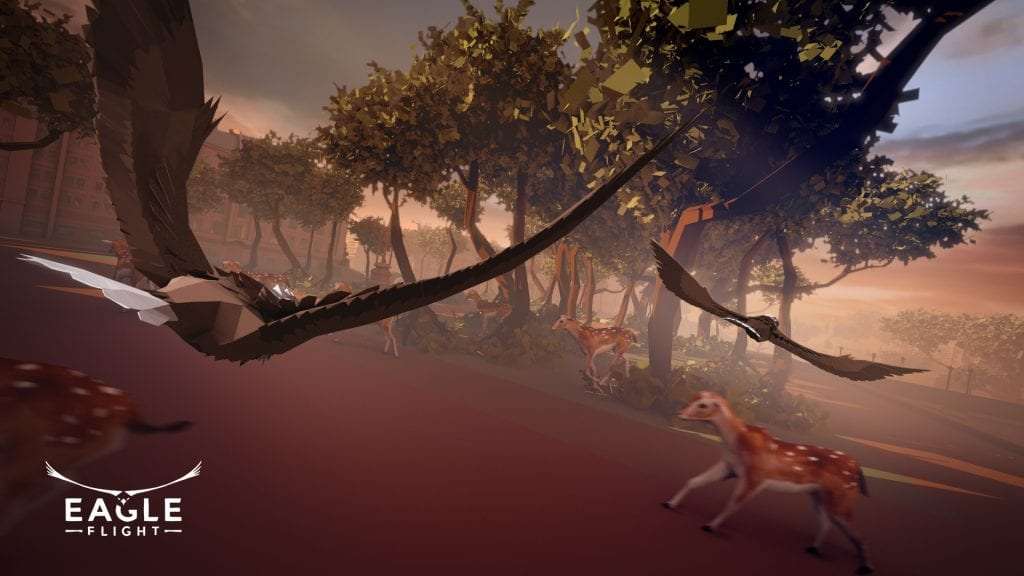 We didn’t experience any nausea from the experience which was also a bonus and probably thanks to the ‘grounding’ effect of the beak overlaid on the screen and the blurring and darkening of the screen’s edges when you get close to the environment. These features really helped to keep the overall VR experience as engrossing yet enjoyable as possible.

The multiplayer is built on top of the game’s dogfighting action, allowing 3×3 matches of capture the flag online. The only problem here is that it’s incredibly difficult to find other players online at the moment, as the title does not yet support crossplay on other platforms, and the userbase for the game on PSVR must not be very high yet. The games we did manage to join were fun though and it felt great to flying around a virtual Paris with another gamer somewhere else in the world. 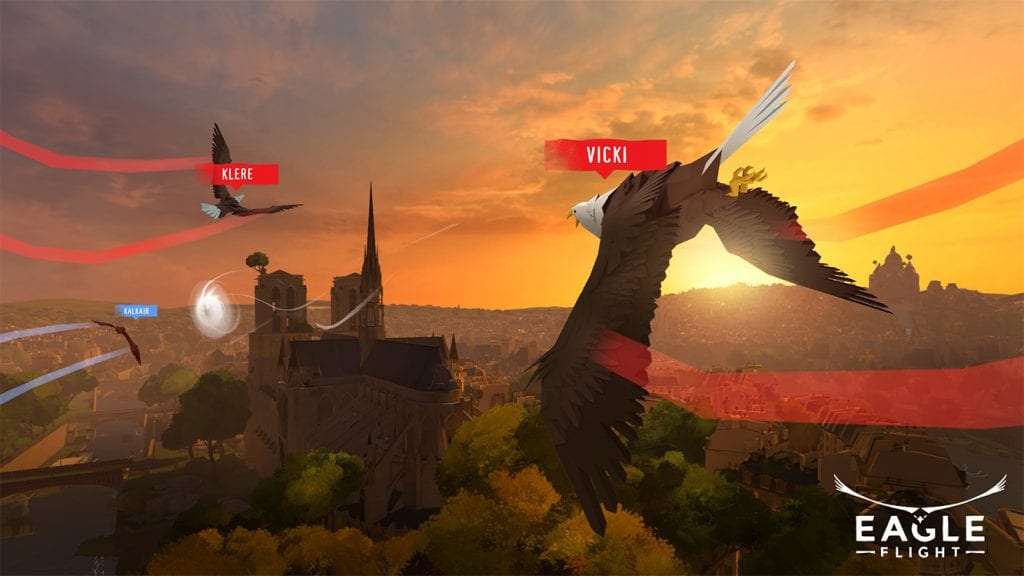 Eagle Flight looks and sounds pretty special. The graphics lack visual detail and realism, realising the limited resolution of VR headsets and trading those qualities in for smooth lines, chunky models and stylised representations of Paris’ famous landmarks, and it actually looks pretty nice. There’s everything you would expect here, from Notre Dame, to the Eiffel Tower to even Moulin Rouge. 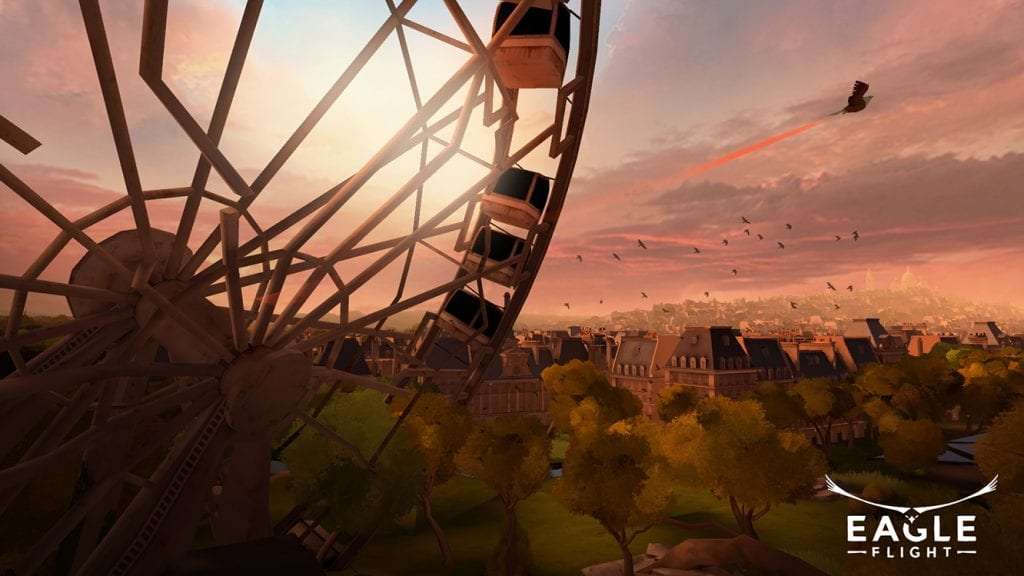 We’ve also noticed that, with the PS4 Pro support, environmental detail, such as the trees, loads in much further away which adds to the overall experience of flying through the canopies of the many trees that have overrun the digital Paris. 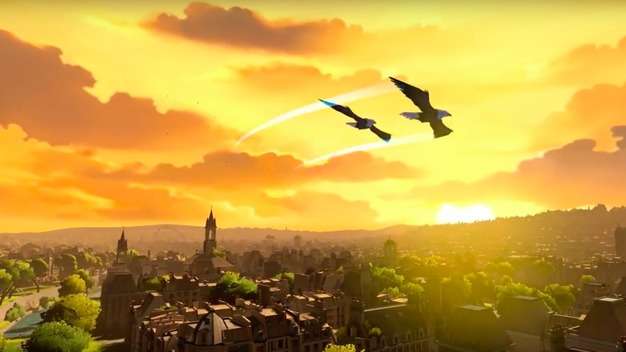 Eagle Flight has actually kept my interest for far longer than many of the other PlayStation VR titles out near launch, and this is largely due to the good mechanics the developers have put in place to encourage replayability. 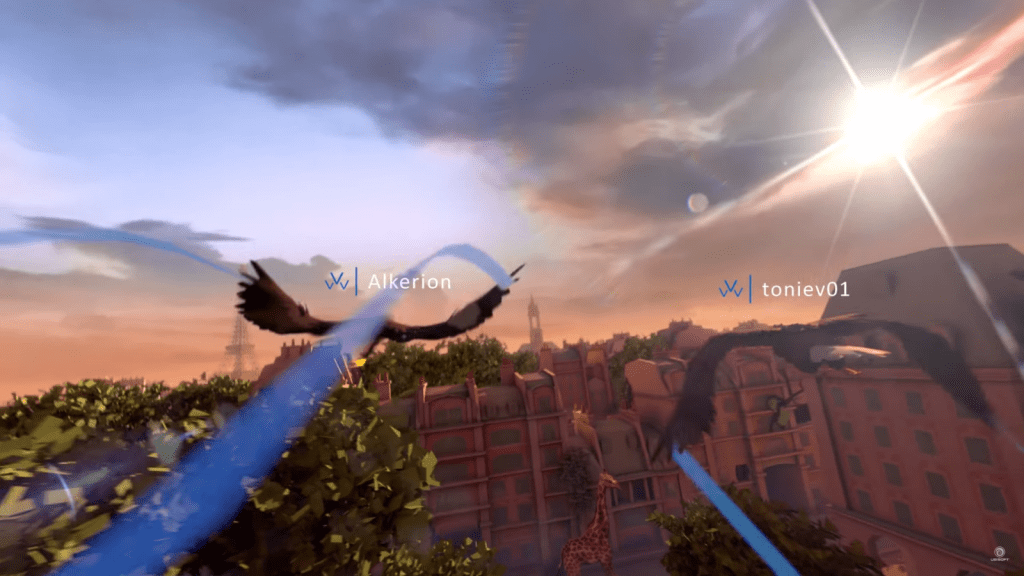 It feels amazing to hit the sweet-spot in the middle of a ring in a speed challenge and gain an extra boost, or fly through narrow streets near Sacre Coeur in a dogfight, like something out of Star Wars. The groundwork they’ve laid here for VR flying and dogfighting games can surely be put to use for more fleshed out and deeper experiences down the line, but for now Eagle Flight is an easy recommendation if you’re looking for something solid for PSVR. 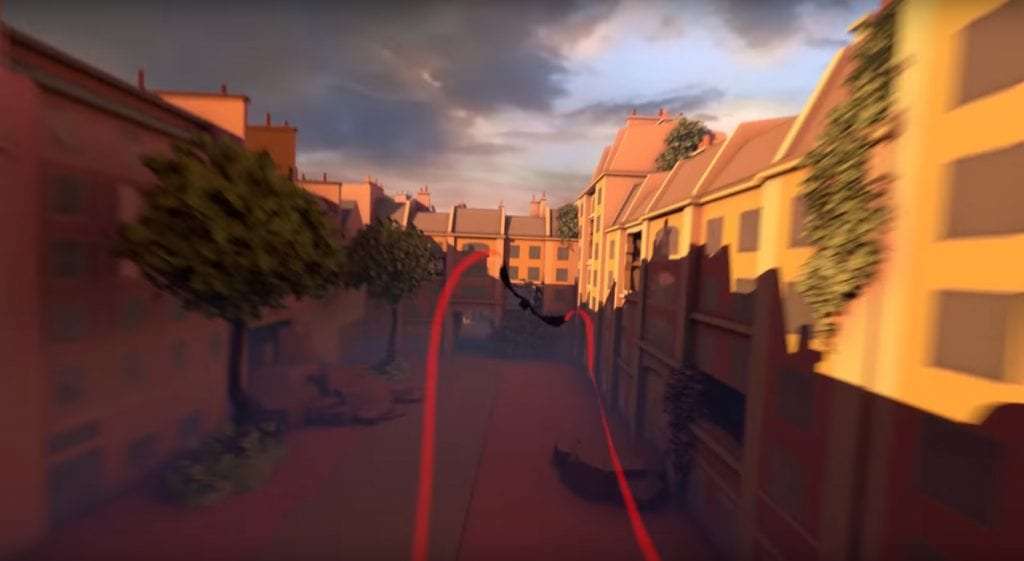