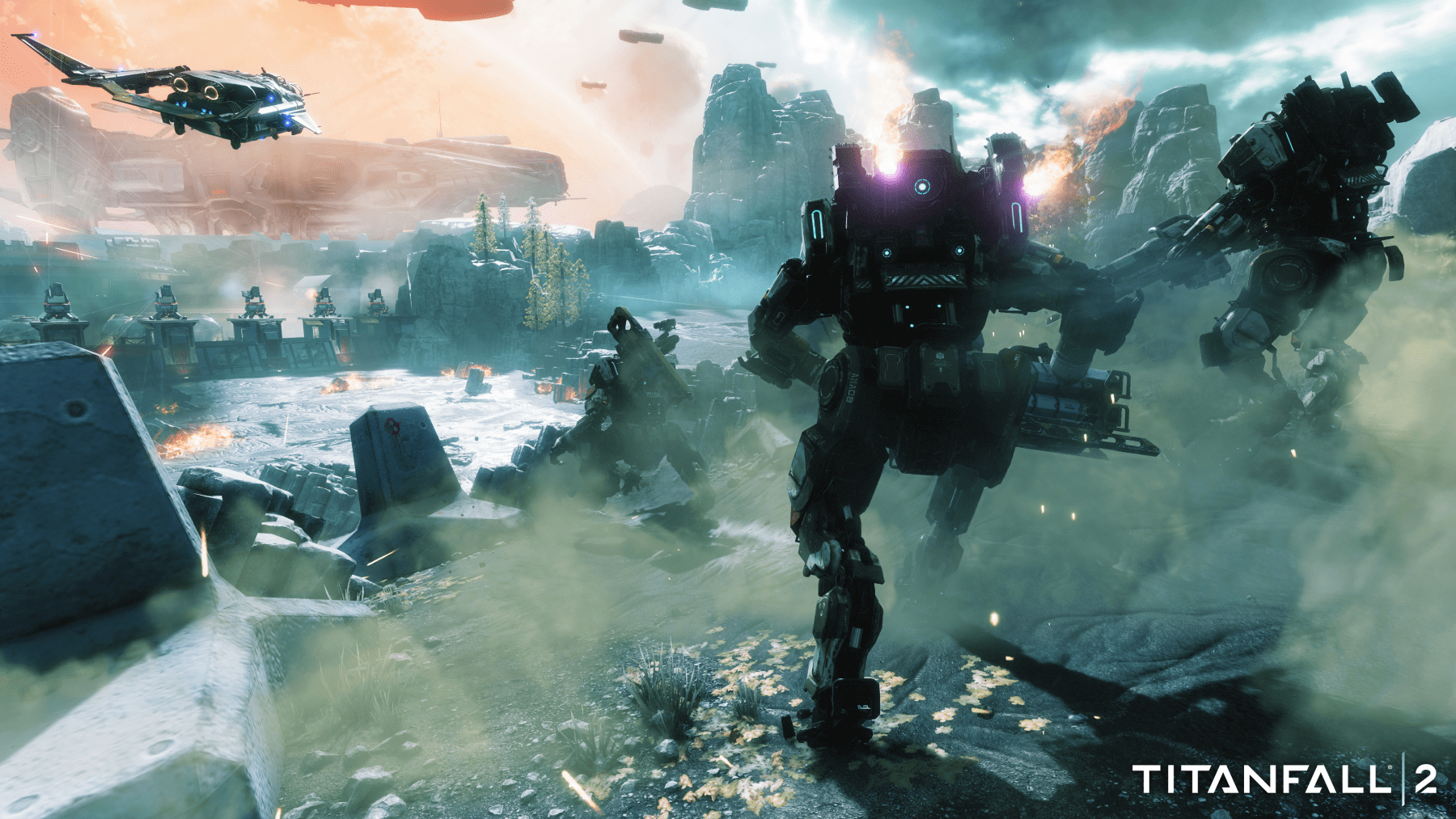 Titanfall 2. A game that saw criticism on it’s Xbox One exclusive debut due to it’s lack of a campaign is back and Respawn Entertainment have sought to silence a lot of critics with it’s release. Titanfall 2 adds a single player campaign, an expanded multiplayer mode and even expands onto the PlayStation 4 for the first time. EA and Respawn have done a lot of work to build a solid next step in the series’ foundation but did it pay off? Let’s find out.

A new one for Titanfall 2, this time it has one! In fact, it’s a pretty damn good one too, one of the best since Call of Duty 4’s single player campaign I reckon. I won’t spoil it, but you’re sent along with your Titan to stop something bad happening. The campaign is a real partnership. ‘BT’, your titan, really becomes a friend. Between throwing you across the map, or the snippets of conversation which border on being a bit unintentionally shady from BT it really helps add a bit of life and personality to a game that, without it, could easily be just another boring shooter 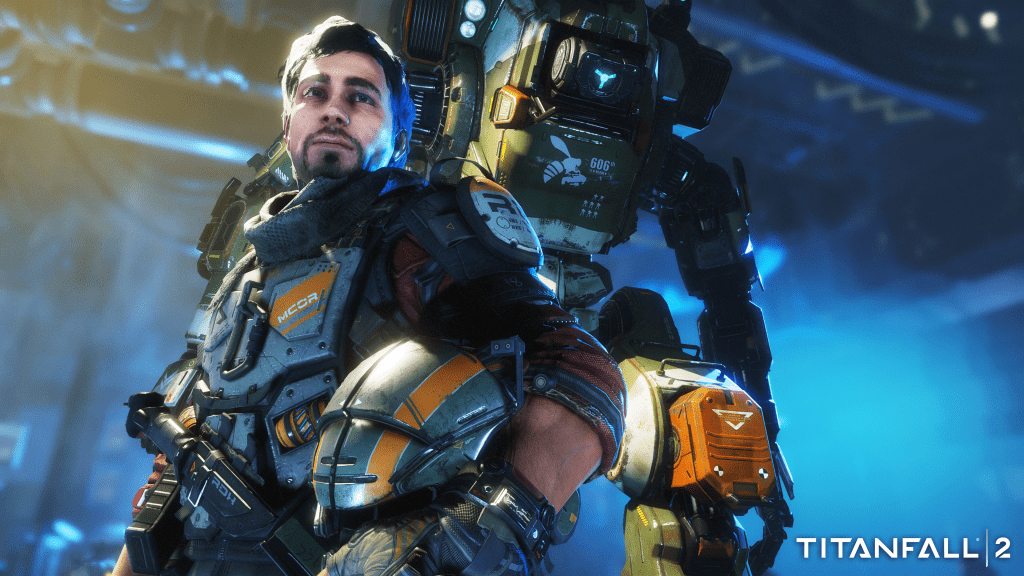 The single player also gets a bit more freedom to test different mechanics which are quite refreshing. For example, at one point you’re playing a level in two time periods. One, you’re getting attacked by dinosaurs, the other, people. You’ll need to switch between time zones to traverse the map and reload. It can get a bit hectic but it’s so much fun. The single player mode isn’t the most forgiving either, it’ll remind you quite quickly of Portal at points. Be prepared to die, a lot.

I’m quite impressed by Titanfall 2’s campaign. It didn’t outstay it’s welcome, it delivered a focused story, built a relationship, had some great level design and most importantly, it was fun. It even managed to get a bit of emotion out of me towards the end! It’s a well told, 6 hour story that really is a great addition to the game, but not the main draw.

“Respawn Entertainment’s Titanfall 2 already employs dynamic resolution scaling to maintain 60 fps gameplay on both PS4 and Xbox One. The PS4 Pro’s increased power means that the game can keep up that frame rate without having to reduce the resolution as frequently as on a standard PS4. In addition, the game runs at a resolution that’s higher than 1080p and offers higher-resolution shadows and an increased particle count.” 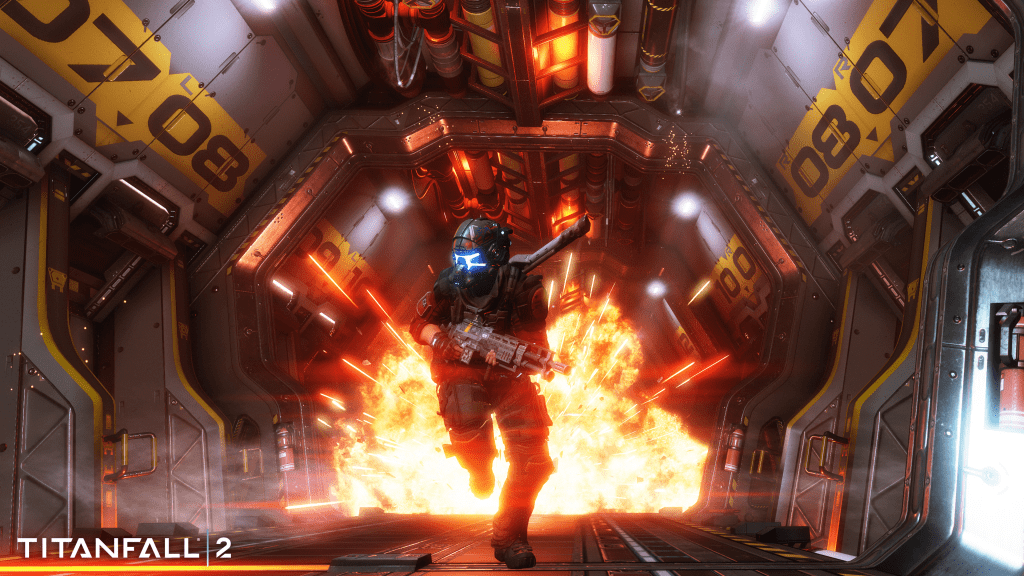 It certainly makes a difference as the frame-rate is now rock-solid, the extra detail is welcome and it just feels so so smooth that every other FPS game now feels extraordinarily clunky. If you just got a PS4 Pro then go get Titanfall.

Now, here’s the kicker. Multiplayer is and isn’t massively changed from Titanfall which debuted on the Xbox One. What has changed? Well, the game has expanded it’s customisation options, it’s range of pilots and titans and it’s modes which is welcome. It adds a lot of depth to the game which the previous game missed. However, with that it’s slightly done away with the focused gameplay of it’s previous title, Titanfall was jump in, have fun and get a titan. Now it’s more of a grind, a grind to get your Titan during the match and a grind to unlock better weapons and better Titans. If you like that sort of thing, then you won’t mind but if you’re a casual player who wants to jump in, then prepare to die a bit more than you used to. 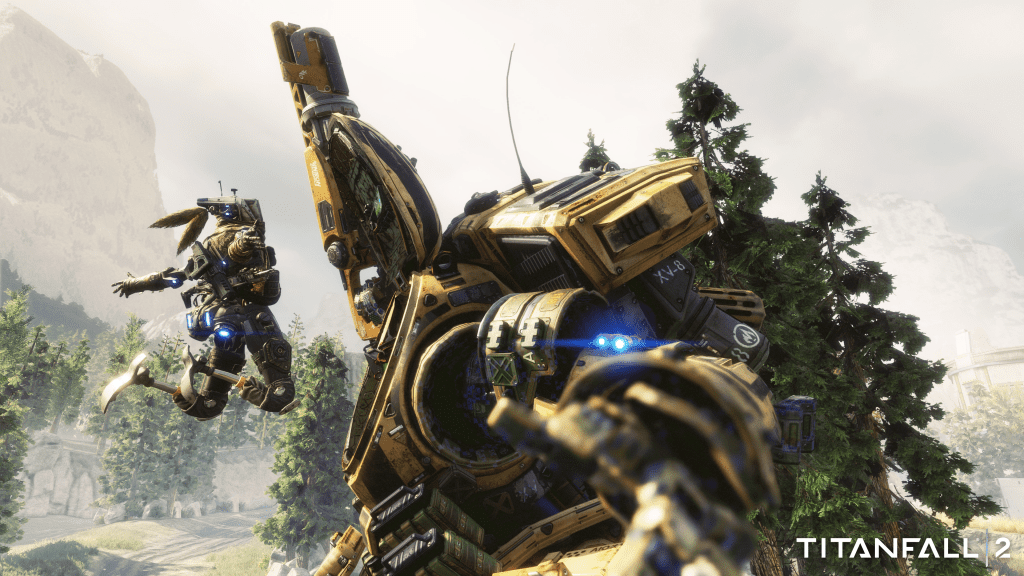 Those new modes though, they’re a lot of fun. Mostly, bounty mode which pits AI controlled enemies on the map to earn currency by taking down. There’s another team competing against you and if you kill one of those, you take some of the money they’ve earnt for yourself. If you’re killed then you lose half what you’ve earned. It’s round based so you’ll be able to duck back to a drop-off point but be on the watch for the enemy stalking it to steal that hard earned cash. Whoever wins more, wins. It’s a lot of fun and something I’d love to see added to other multiplayer titles.

EA and Respawn have announced that all DLC for Titanfall 2 will be free and that’s a good thing. The initial maps are quite hit and miss. Angel City from the original Titanfall was added last weekend and this does hit home how barren or difficult to travel some of the new maps are. 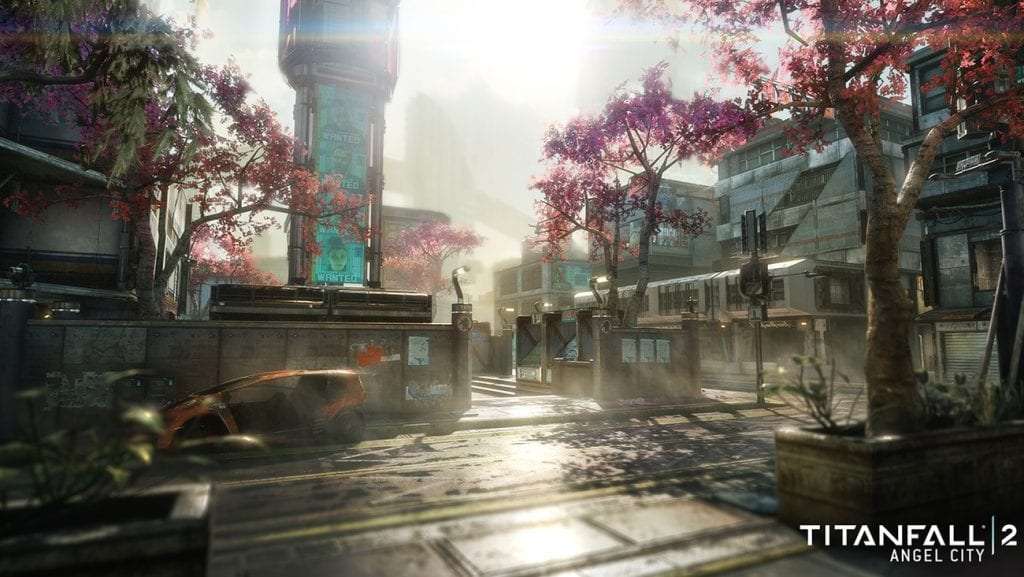 Titanfall works best when you’re wall running and chaining together moves to escape from and attack the enemy. Titanfall 2 maps are more cluttered which when combined with abilities like the grappling hook works absolutely fine but if you don’t choose it, then you’ll struggle to get some of the same highs that you might have got beforehand. You will miss some of the AI grunts too which populated the maps in modes like Attrition or Hardpoint Domination which was a big highlight of Titanfall 1.

New this year is a 1V1 cage mode (which is a ton of fun) and ‘Networks’. Join a network and you can see everyone who is live, you can chat easily via titanfall.com and there is daily ‘Happy Hours’ when you can earn more credits to unlock items faster. It’s a neat option that helps build communities and gives you a reason to log in each day.

Ultimately, Titanfall 2 is a much much better game than it’s predecessor. It’s added arguably one of the best FPS single player campaigns in recent memory to a measured multiplayer mode which adds what it needed to do but could still be refined more over the coming months. It’s unfortunate that it was released in a sandwich of AAA games (including Battlefield and Call of Duty sequels) but with a great price and a vast array of content to offer now, I highly recommend you put Titanfall 2 on your Christmas wish list.