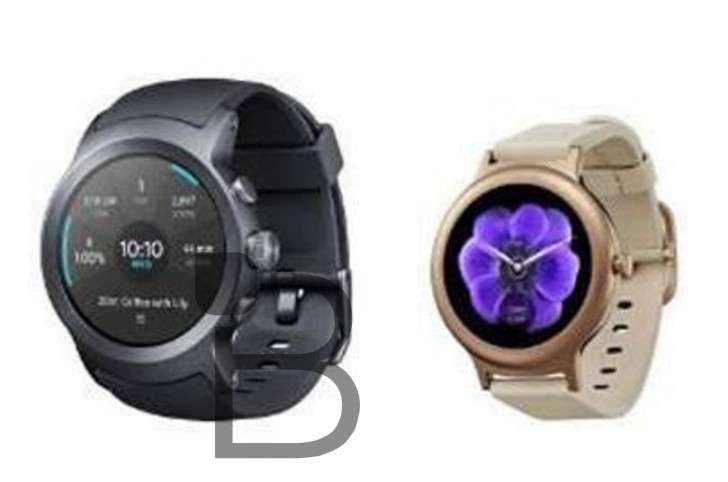 ***UPDATED*** 24/1/17: Thanks to TechnoBuffalo, we have now a blurry image of what are expected to he the new Google/LG smartwatches that are rumoured to be announced on Feb. 9th with Android 2.0.

Announced all the way back at Google I/O 2016, we haven’t heard much about Android Wear’s upcoming update, 2.0, for a while now. Notorious leaker, Evan Blass (@evleaks) has tweeted recently though changing all that with the rumoured release date for the latest version of Google’s smartwatch OS along with the rumoured launched devices coming with the new OS pre installed.

If Evan’s rumour is to be believed, we’re going to see Android Wear 2.0 announced on February 9th along with the announcement of 2 new Google/LG smartwatches running the new OS as well. They’re also rumoured to be following in the Nexus-branded line with LG the manufacturer of the devices but they will be branded as Nexus or even Pixel devices.

The two watches, codenamed “Watch Sport” & “Watch Style” have quite impressive specs with the Watch Sport appearing to be the flagship with its larger screen and battery, inclusion of NFC, GPS and LTE built in. The Sport will be IP68 certified and the Style will be IP67 certified.

Below is a breakdown of the rumoured specs of both devices: 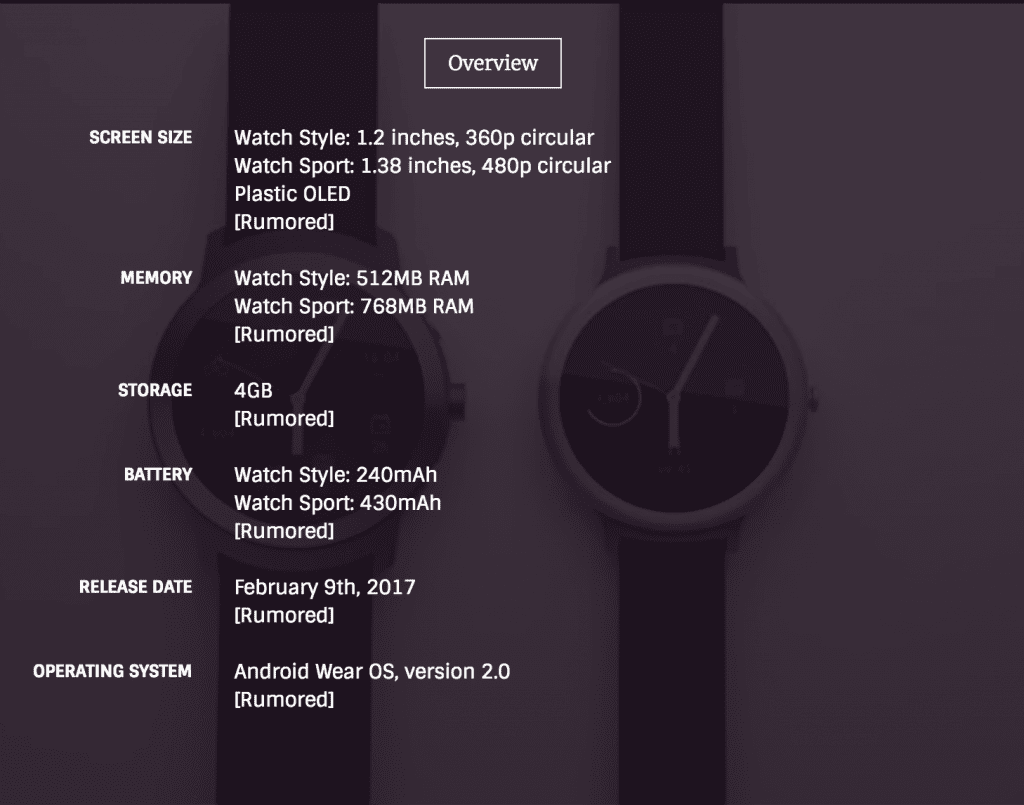 With the devices rumoured to be announced on the 9th of Feb, media are expected to get some hands on time with the watches and the new OS at the LG booth at MWC on the 27th of February.

What do you guys think of these rumours? Does it get you excited for the new watches? Let us know in the comments below.