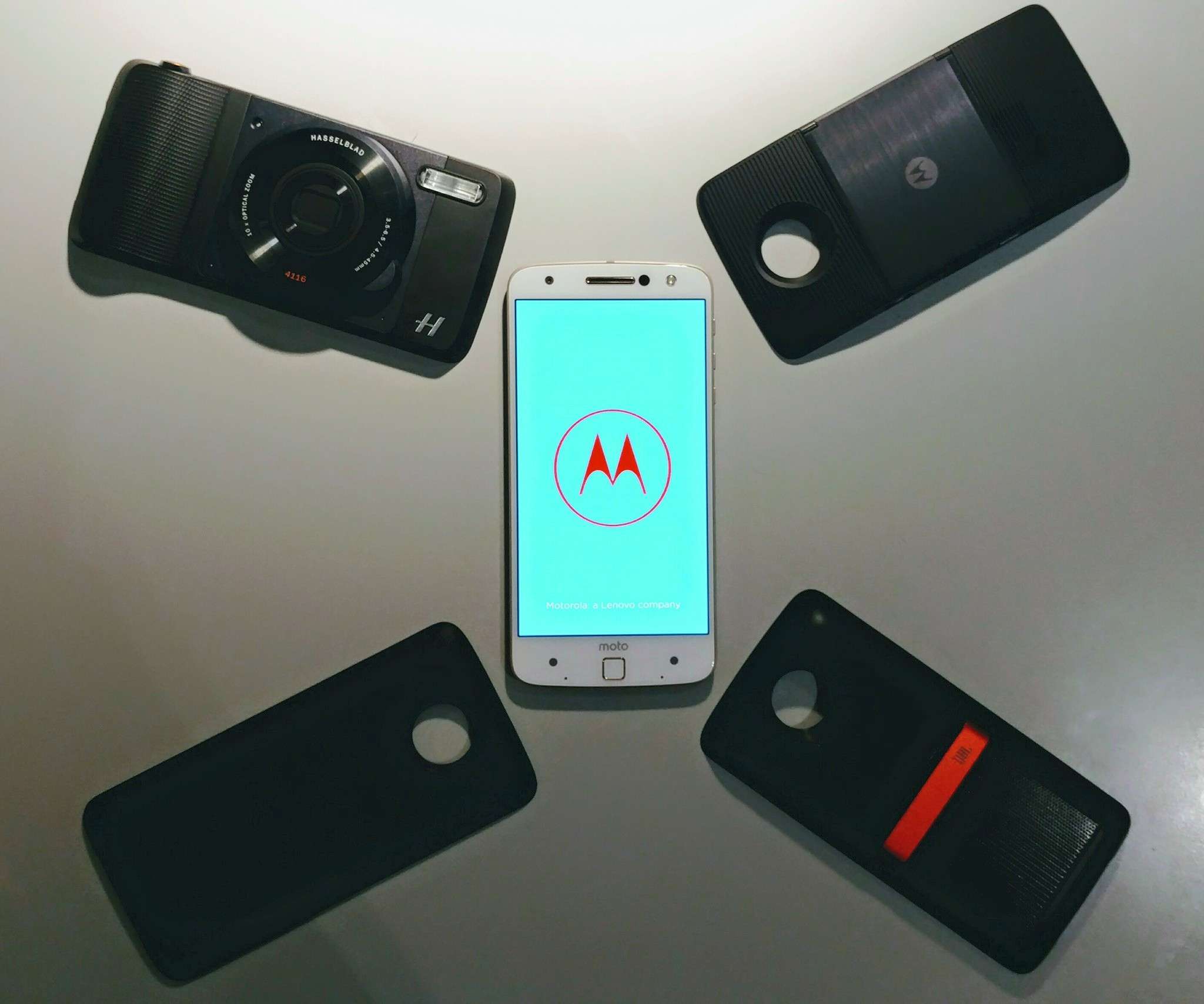 Announced back in June of last year, Lenovo’s Moto Z and Moto Mods have finally landed on Irish shores. We’ve been playing with both the phone and its attachable ‘Mods’ and we’re definitely impressed with what Lenovo has created here. With its blazing fast speeds, super slim design and interesting customisation options, the Moto Z is a phone like no other. 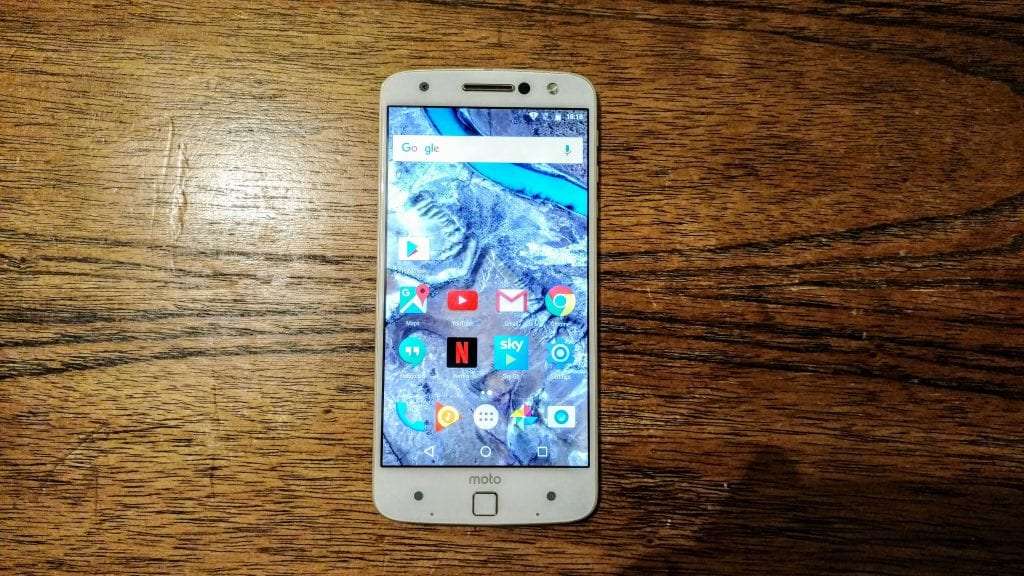 The first thing you’ll notice when you pick up the Moto Z is just how thin it is. At just 5.2mm thick, it really is one of the thinnest flagship phones available. Don’t let this thinness fool you though, the Moto Z is extremely well built with its rigid metal body and Corning Gorilla Glass 4 front. The surrounding buttons are sturdy and the use of a USB Type-C port makes the device even more future proof and resilient to multiple attempts at plugging it in in the dark! 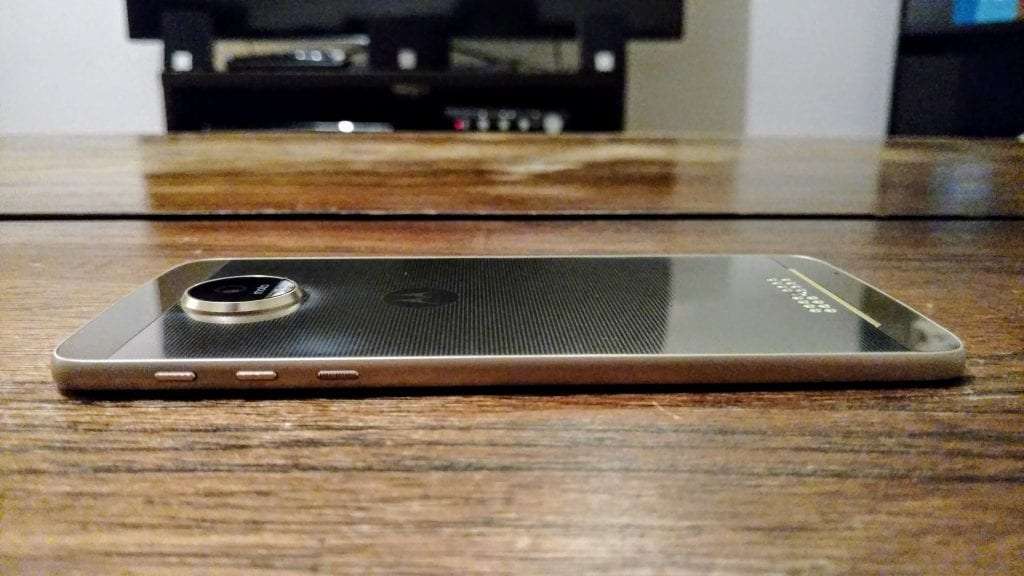 On the back, the Moto Z has one of the most prominent camera bumps around but this large round protrusion serves a purpose as this is how the Moto Mods anchor, along with pogo pins and magnets, to the back of the phone. Speaking of which, each of the Mods attach with a reassuring click so there’s no fear of them coming apart. 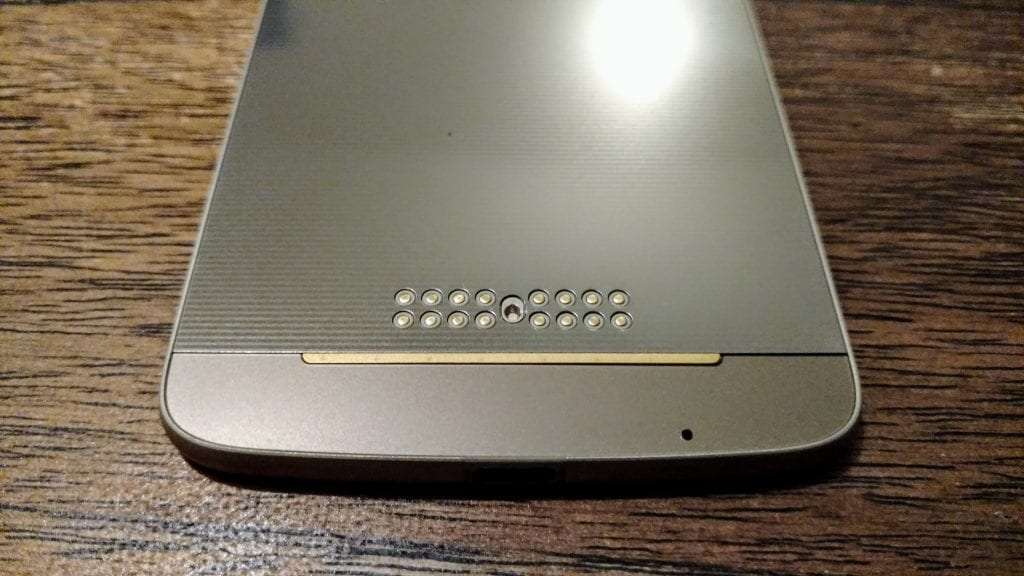 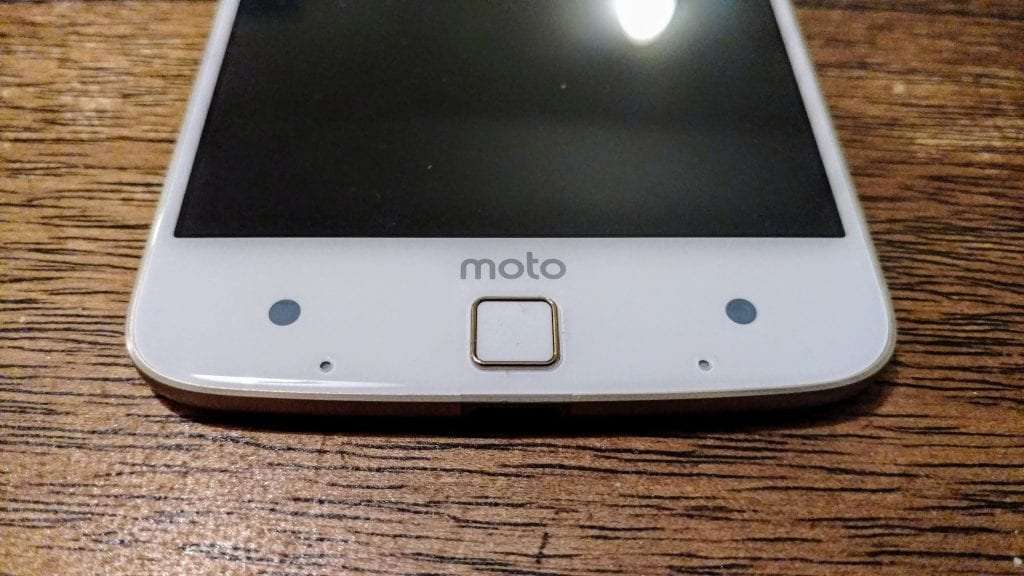 The Moto Z is packing a 5.5″ QHD AMOLED display and looks absolutely fantastic. Colour reproduction is vivid and true to life and the viewing angles are great. The use of an AMOLED screen also makes watching films and videos extremely enjoyable due to the extremely deep black levels.

The Moto Z we tested was running Android 7.0 and the experience was fluid and smooth. Lenovo, quite rightly, has stuck with Motorola’s way of doing things and haven’t packed on loads of unnecessary apps to bloat up the experience. This version of Android is basically pure stock with the inclusion of the fantastic Motorola staples of ‘double chop for flashlight’, ‘double twist for camera’ and Moto Voice which lets you speak to the phone without the need to touch it.

On the back, the Moto Z has a 13MP, f1/8 sensor with OIS, laser focus and dual LED flash which all work together to take some fantastic shots. The camera UI is clean and user-friendly but could do with a bit more customisation options. 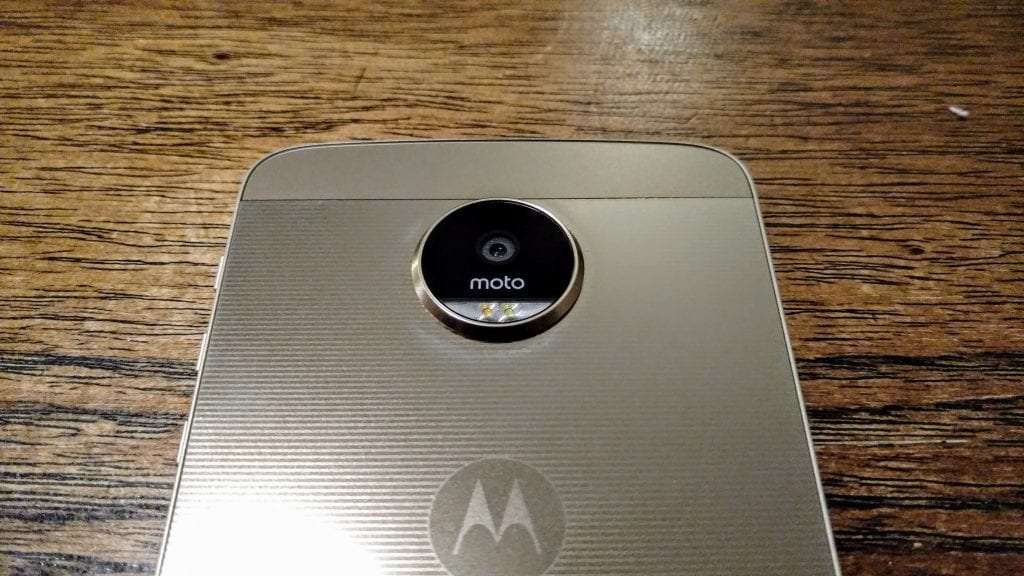 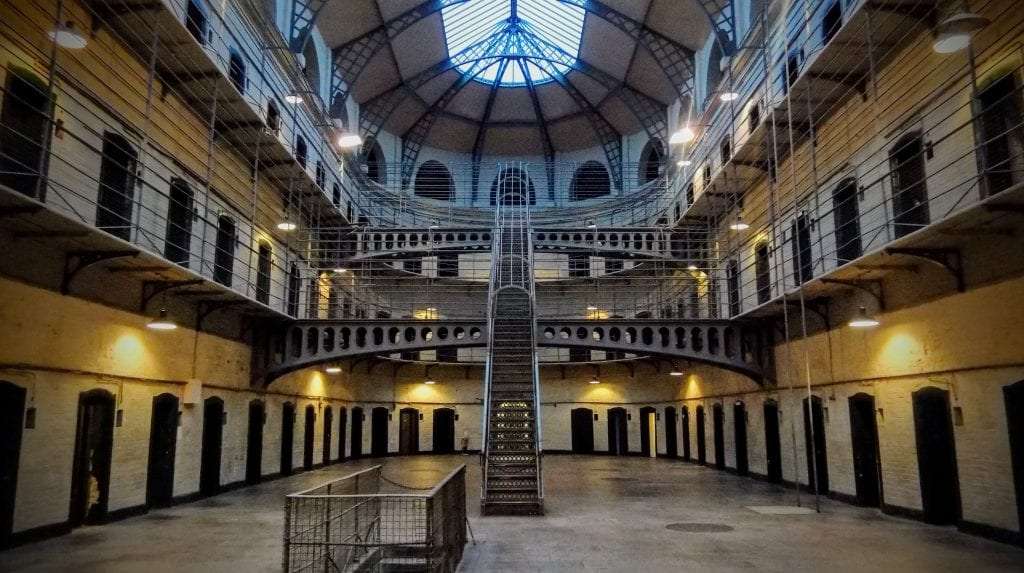 There’s a 5MP shooter on the front with its own dedicated flash which works wonders when on nights out and you want to get the perfect low light selfie. 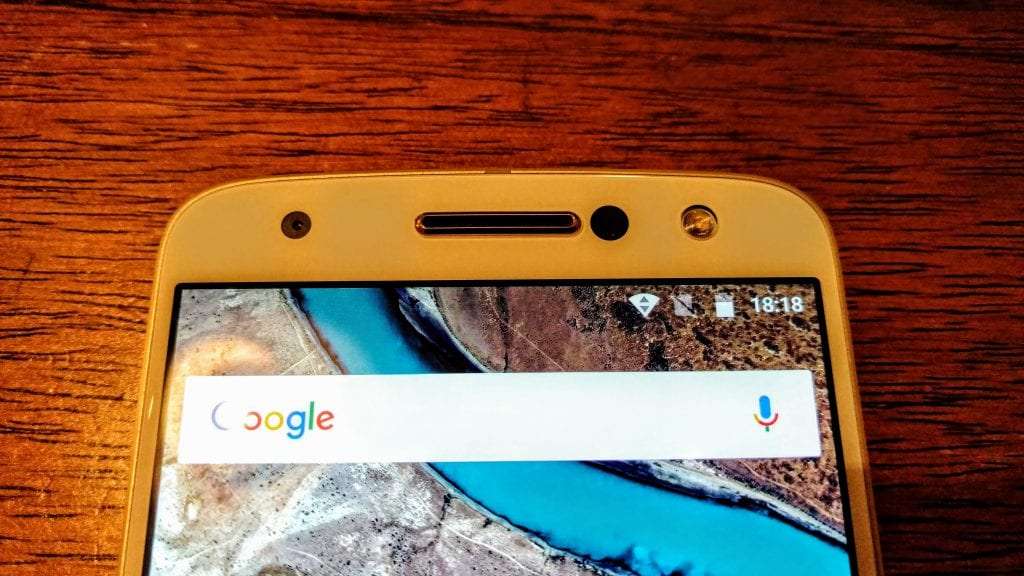 Unsurprisingly, due to its extreme slimness, the Moto Z is only packing a 2600mAh battery but, with Android Nougat and the AMOLED screen, we found the battery to stand up to a full day of moderate use which is good. 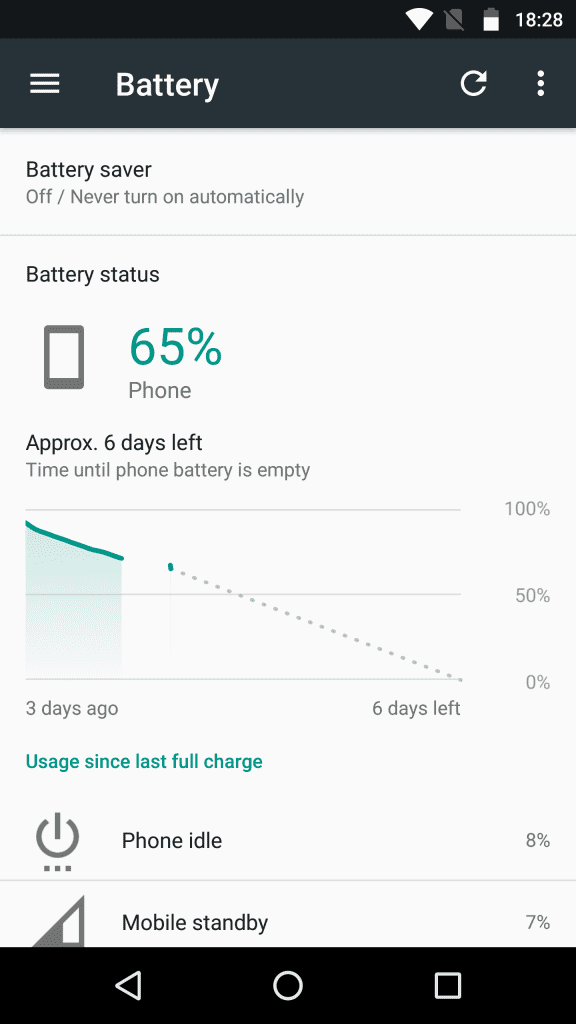 With the addition of the Incipio offGRID power pack Moto Mod though (more info below) we got through almost 2 days of use which is great and the phone was still quite sleek and manageable in one hand.

The most unique feature of this handset though is its ability to morph and change into a completely new device with the use of the Moto Mod accessories. These attachments, which clip on to the back of your Moto Z via magnets and pogo pins (to transfer data and electricity) really add a whole new dimension of usability and features to the device.

As of right now, there are about 7 Moto Mods to choose from, starting with a simple enough ‘Moto Style Shell’ which is, as you’d expect, just an attachable flat cover for the back of the device all the way up to the very impressive Moto Mod which has a projector built in. We were sent 4 of these Mods to test out and here is our mini review on each below. 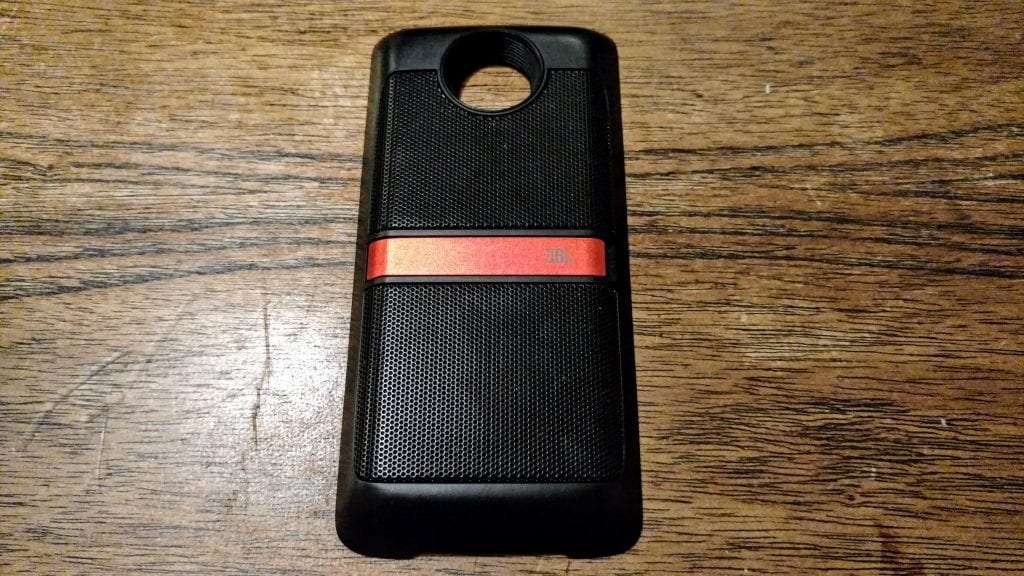 The first Moto Mod we tested was the JBL SoundBoost Speaker which, as you’ve probably guessed, snaps easily onto the back of the phone and offers some incredible sound in comparison to the phone’s own built in speaker. 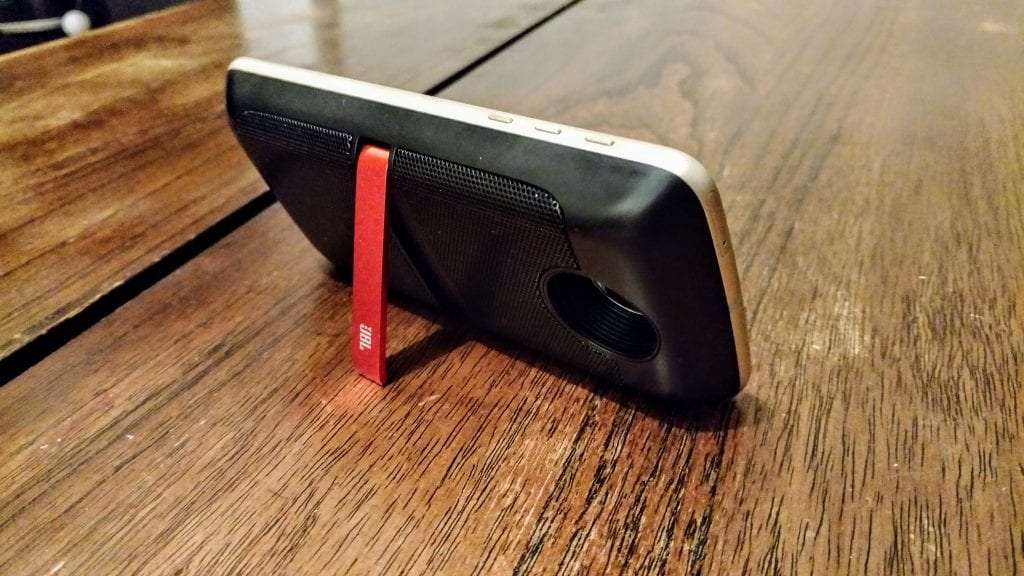 This Mod also has its own battery supply so can support music playback for 10 hours before relying on the phone’s battery to keep the music going. We were very impressed by the sound quality and battery life of this Mod and it’s definitely one you should pick up if you’re a fan of sharing your music at any party or gathering. It’s also got its own kickstand which is pretty handy! 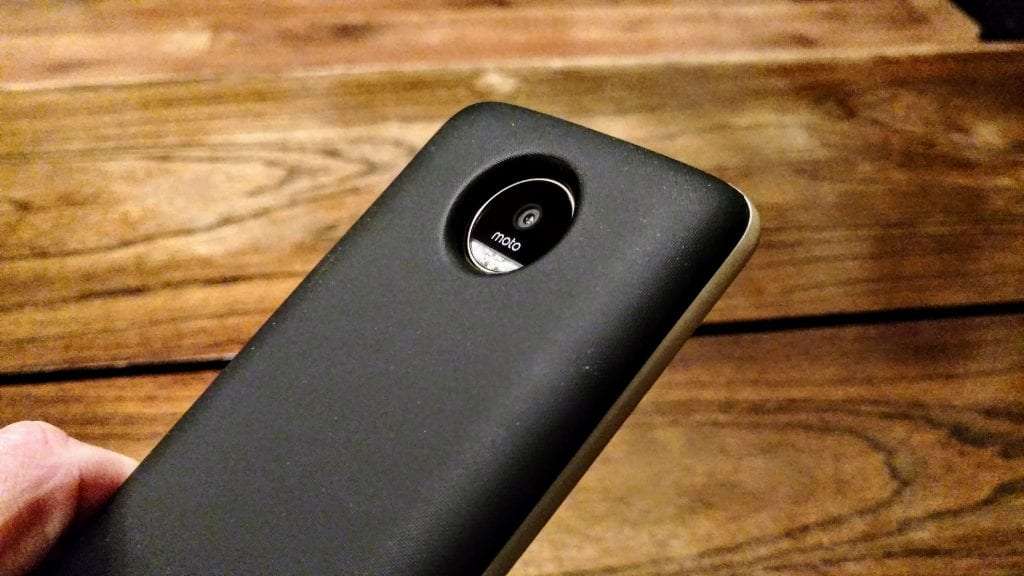 This Mod is also quite straight forward but impressive nonetheless. It’s packing a 2200mAh battery that you can snap onto the back of the Moto Z to extend the battery by up to 22 hours. We really liked how well formed the actually mod is as it sits completely flush with the edges of the phone and almost makes the device more pleasant to hold due to its soft curves. It does add quite a bit of weight but its a compromise we’re willing to make seeing how much it adds to the device’s overall battery life. 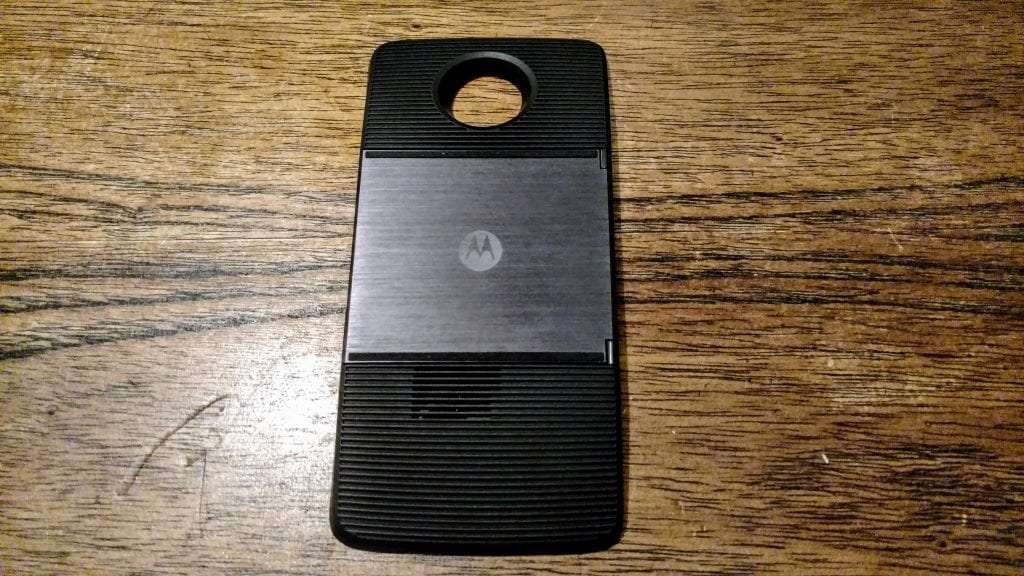 Now this Mod is definitely the showpiece of the set. Snapping on the back of the phone, the mod has a built in kickstand and can create a projection of the phone’s screen on any surface up to 70″ in width. The brightness this mod is able to achieve is also extremely impressive given its compact size. 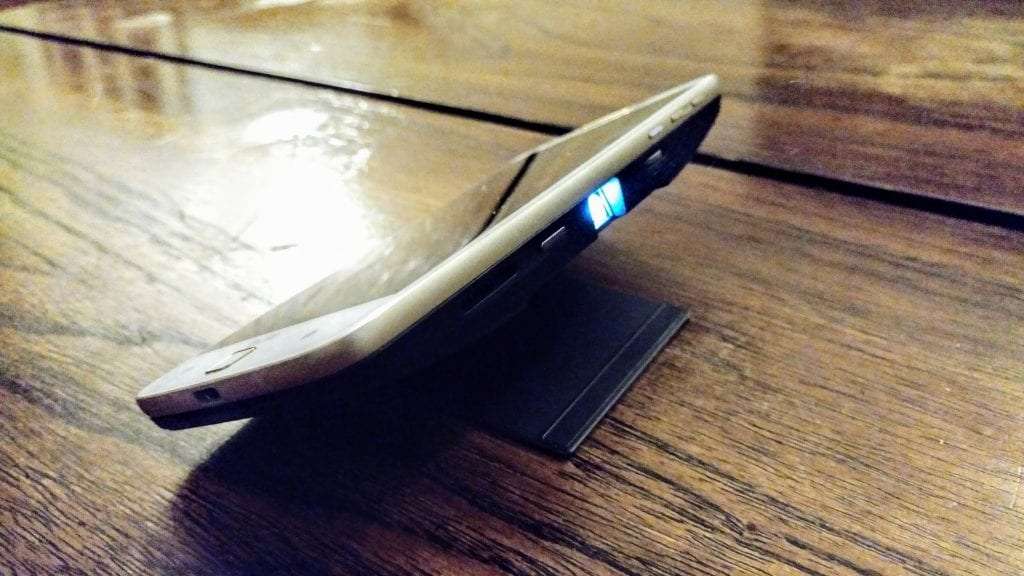 Unfortunately, certain apps such as Sky Go and Horizon Go won’t allow their content to be streamed via the projector but thankfully Netflix works no problem. Having shown this particular mod to a few friends now, they really were impressed by just how well the whole thing worked. It must be noted, this mod has an RRP of $299 so you definitely want to have a justifiable need for this device before making the purchase. 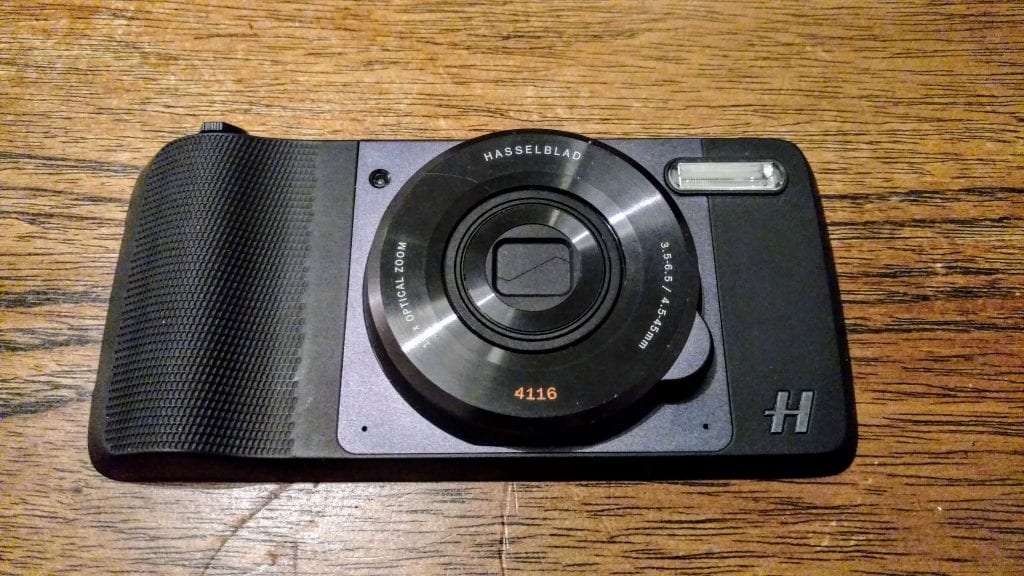 The final Moto Mod we tested was the Hasselbald True Zoom camera attachment which equips your phone with 10X optical zoom lens and Xenon flash for taking some great photos. 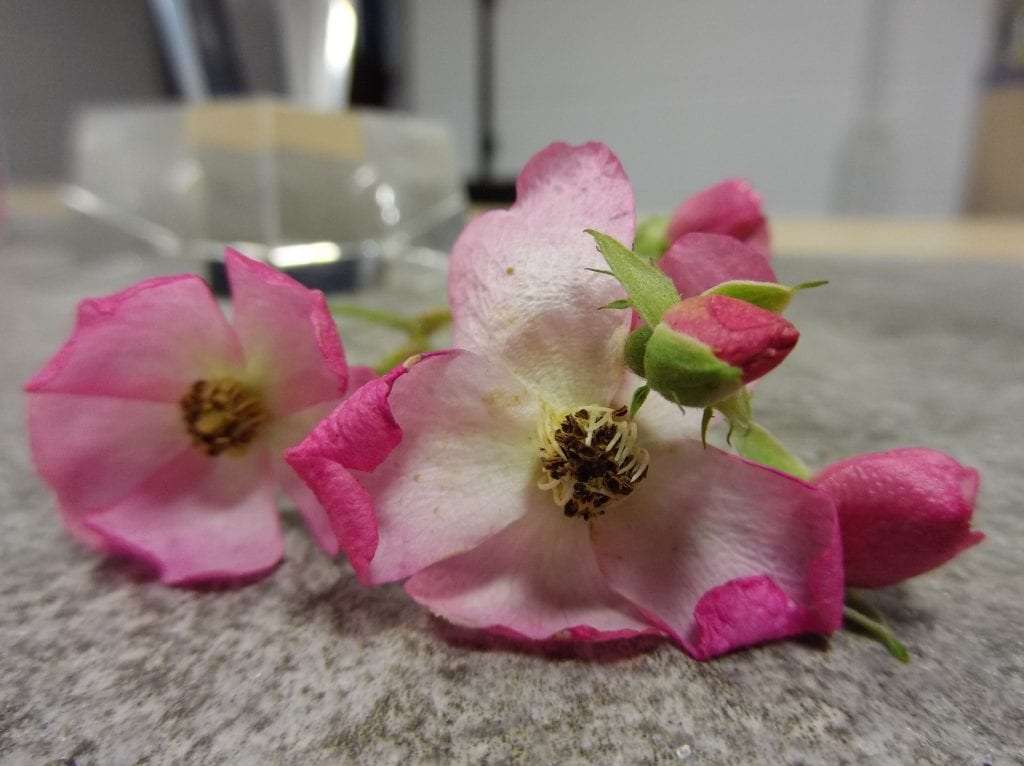 We found using the mod to be easy and straight forward but we would have liked the addition of HDR mode to the whole experience but it does allow you to shoot in RAW format which is a bonus. We would have also liked a socket for attaching a tripod for the device. 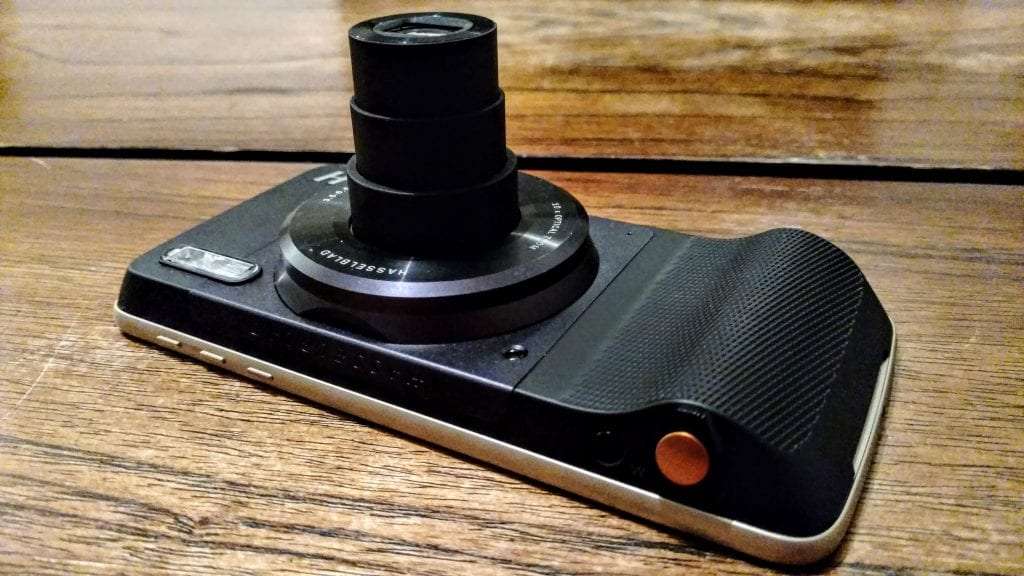 Again, this is another very expensive mod with and RRP of $299 so you’ll really need to be a keen photographer to make the investment in this particular one.

Overall, we really enjoyed our time with the Moto Z and the Moto Mods. Unique in its approach to modular phone design, Lenovo really thought about the practical applications of such a set up and physical form factor. Even without the Moto Mods, the Moto Z is an extremely impressive phone. Its solid build quality, extremely fast software and impressive cameras and battery life make it one of the best phones we’ve tested in a while.

The Lenovo Moto Z and Moto Mods are expected to be available in Ireland in February 2017 with an RRP of €499. The Hasselblad True Zoom and Moto Insta-Share projector are also expected to have an RRP of €299. More info to follow.