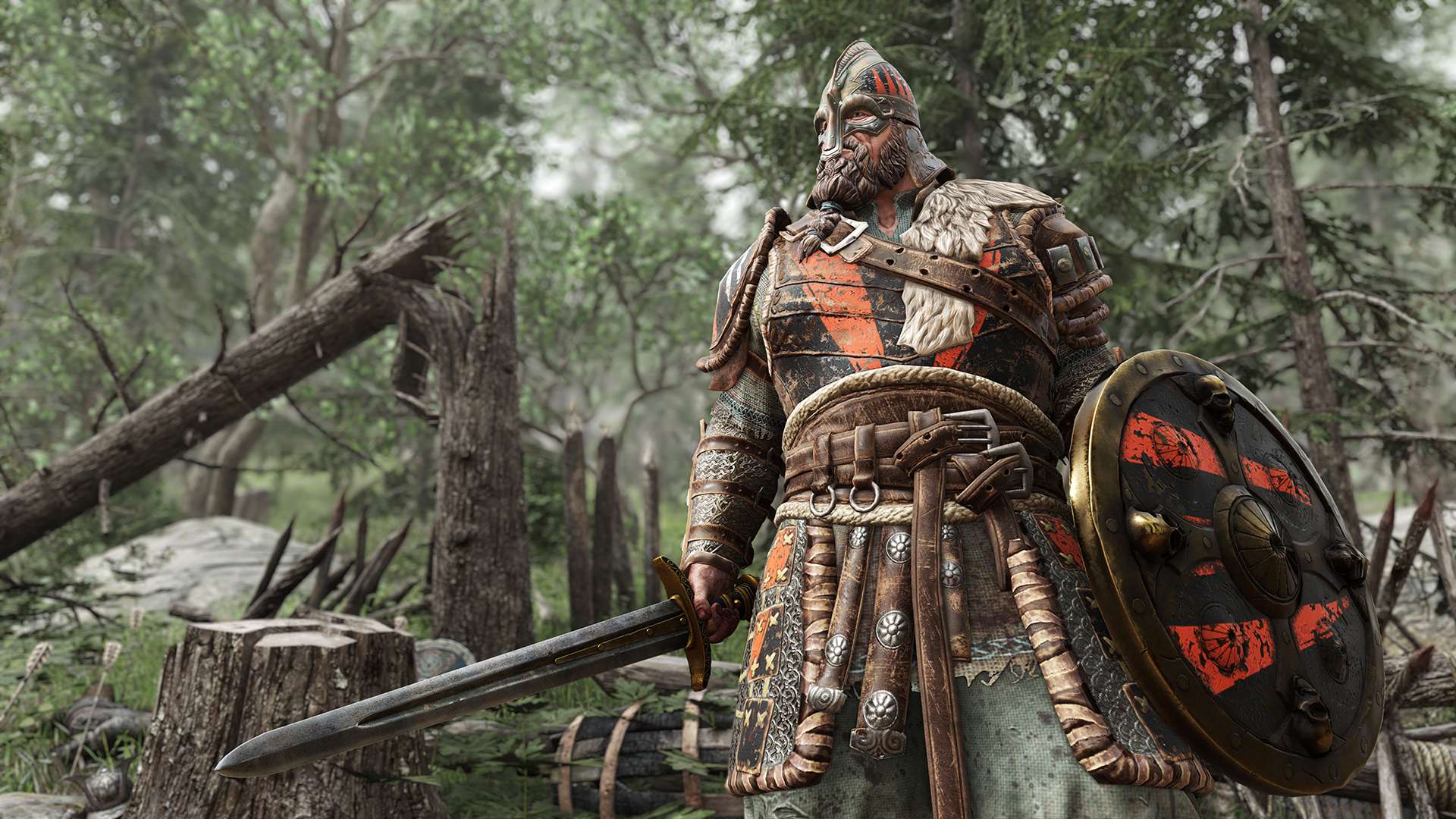 For the last two weeks I’ve been playing Ubisoft’s For Honor and to be truthful the emotion rollercoaster I’ve been on has seen me swing between absolutely loving the unique online fighting game and wanting to throw my controller through the tv screen in frustration. But that’s not a slight on Ubisoft or the game, either. In fact, if anything, it’s a compliment.

For Honor is truly punishing. Jump into a one-on-one duel online or against an AI bot set above the normal level and you’re going to get beaten. If you’re lucky you’ll just get perhaps pummeled until you hit the ground, but face a particularly brutal foe and you might end up with your back being broken in two under the weight of an enormous club. You’ll desperately want to become the one doing the damage. 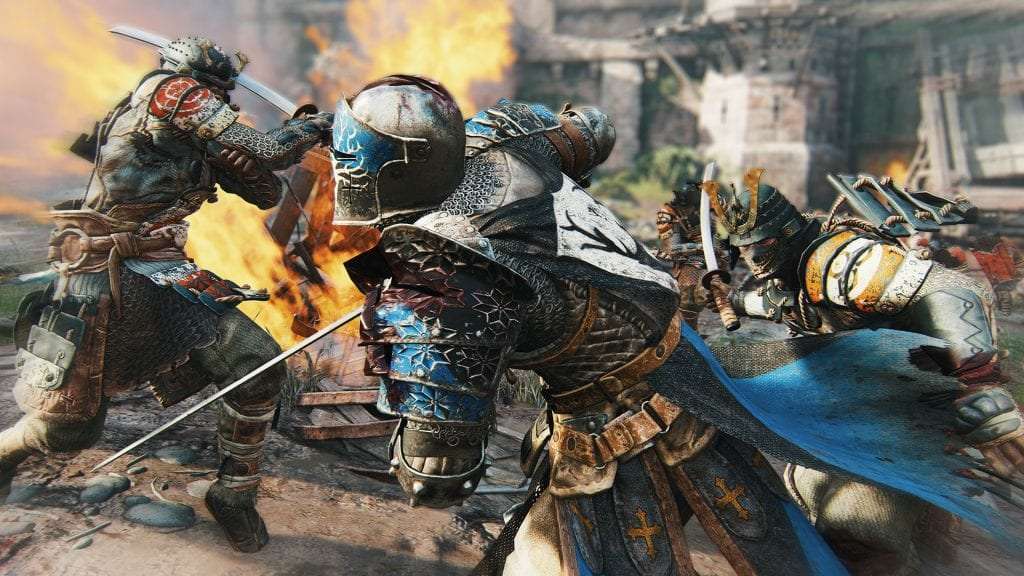 For those who haven’t heard of Ubisoft‘s newest IP, For Honor is a third-person action game that asks the age-old question: Vikings, Knights or Samurai? Who’s better?

The game immediately starts with you choosing from one of these three core options (I always roll with Samurai because I’ve had a slight obsession with them since childhood). Each one of these factions gives you two options: A slower, muscle-heavy sword wielder designed to finish enemies with a heavy strike or a light-on-his-feet agile fighter that can dodge and parry at the expense of strength.

There’s no doubt that online play is where the focus is in For Honor. The complex battle mechanics, which use a shared set of basic commands across the Vikings, Knights and Samurai, with variations coming from the chosen character’s speed, abilities, weapons and combos, are ripe for expert-level play. To get there, however, you’ll need to put in a lot of practice. 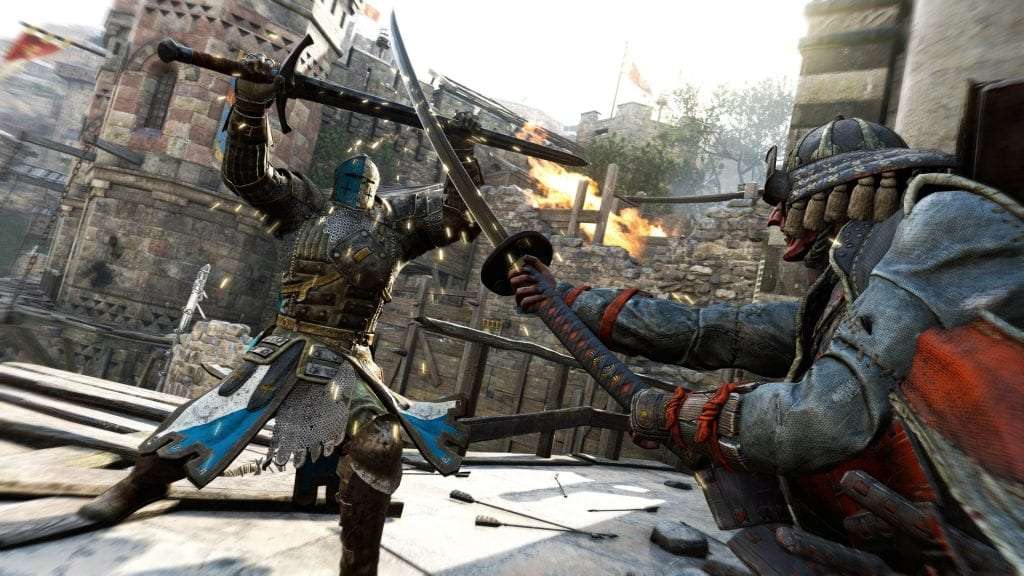 After each level you’re given a breakdown detailing how you did and what you earned, which couldn’t be more like a post-game lobby if it tried. Any flow the campaigns could have had is completely lost, which is a shame, as what’s here is a step above moving from arena to arena fighting bots. Play areas are large, but this is a linear experience with wandering off the beaten path (albeit slightly) only rewarding you with some collectible items.

There are three multiplayer modes offered: Duel (one vs one), Brawl (two vs two) and Dominion (four versus four, in a king-of-the-hill-style arena). Unsurprisingly it’s in the multiplayer’s Duel mode where For Honor shines best, allowing both players to focus on the detail of each fight uninterrupted. Elsewhere, the game struggles to make the most of the beautiful combat system its developers have devised. 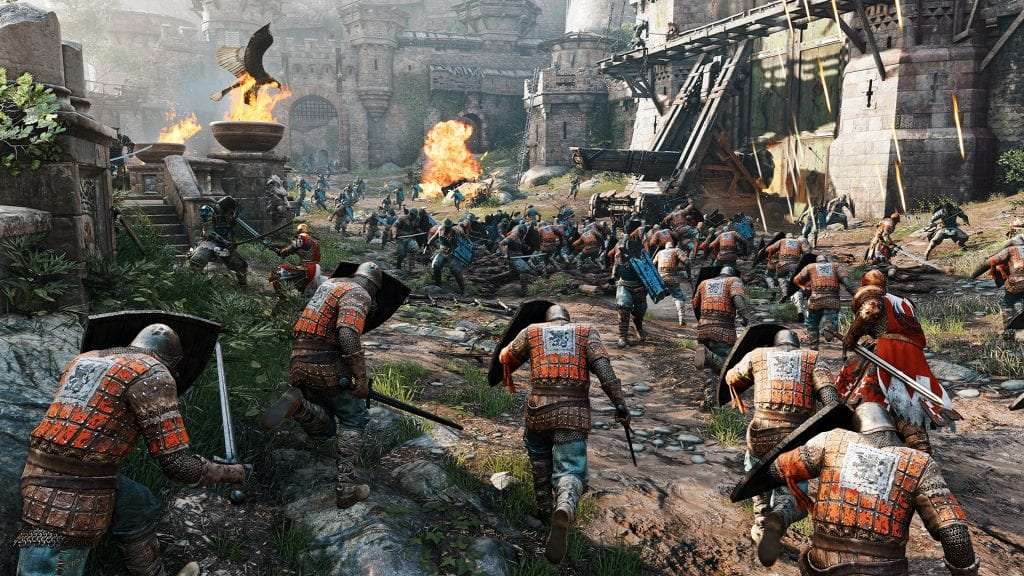 Then there’s Dominion, For Honor’s flagship mode that blends an area-control structure with large groups of AI soldiers to create epic battles of attrition. Dominion successfully conveys the madness inherent to medieval battles, with soldiers being cut down left, right, and centre often as much due to luck as to rank.

It’s worth noting that For Honor does take pains to discourage players from ganging up on one opponents. You only need to guard in the rough direction of a second player to block all of their attacks, and if you take enough hits, you can trigger Revenge mode where you gain a massive health and stats boost to go Berserk on your aggressors. Sadly, the nuances of the combat system are still lost in Dominion’s chaotic crush. In fact, the mode as a whole lacks structure and would benefit from each time working through a more ordered sequence of objectives. 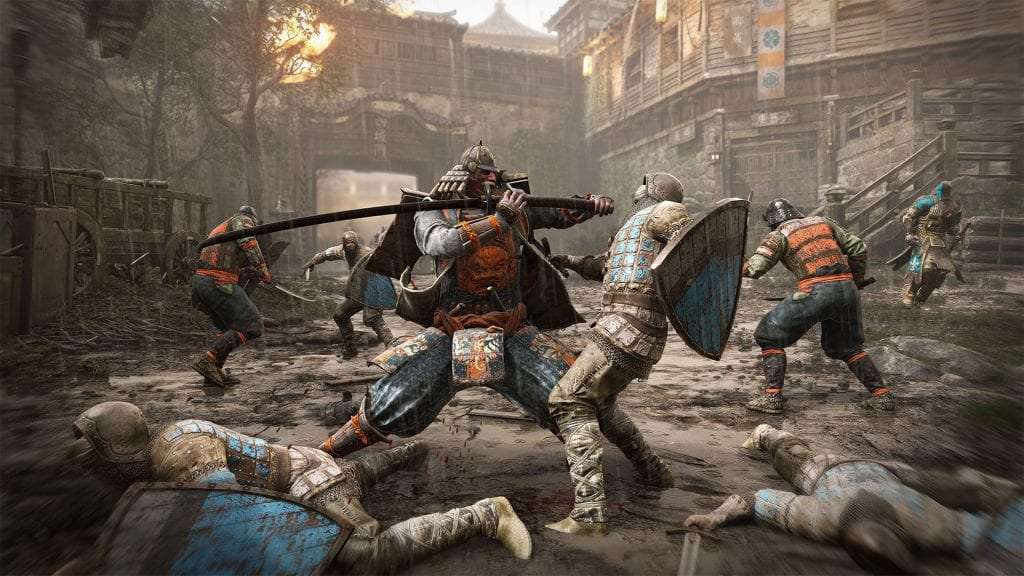 For Honor is a real surprise. It’s a genuinely exciting game with an inventive battle system that feels like you’re actually matching wits and skill with other players. In terms of gameplay mechanics it’s top-notch, visually it’s excellent, and there’s a decent if fairly formulaic campaign to play through. It’s in For Honor’s multifaceted multiplayer, however, where Ubisoft has struck gold. Testing your combat knowledge against real players, either in one-on-one duels or in large conquest-style battles, is both thrilling and unique in the action genre.

While For Honor’s story concerns itself with Vikings, Knights and Samurai, the game feels remarkably similar to Ubisoft’s recent third-person shooter Tom Clancy’s The Division. Both are primarily online games that focus our attention on PvP modes. Both have huge amounts of customization for each character. Both have unfortunately single player modes that I wished was more.

For Honor is available on PS4, Xbox One (version tested) and PC.