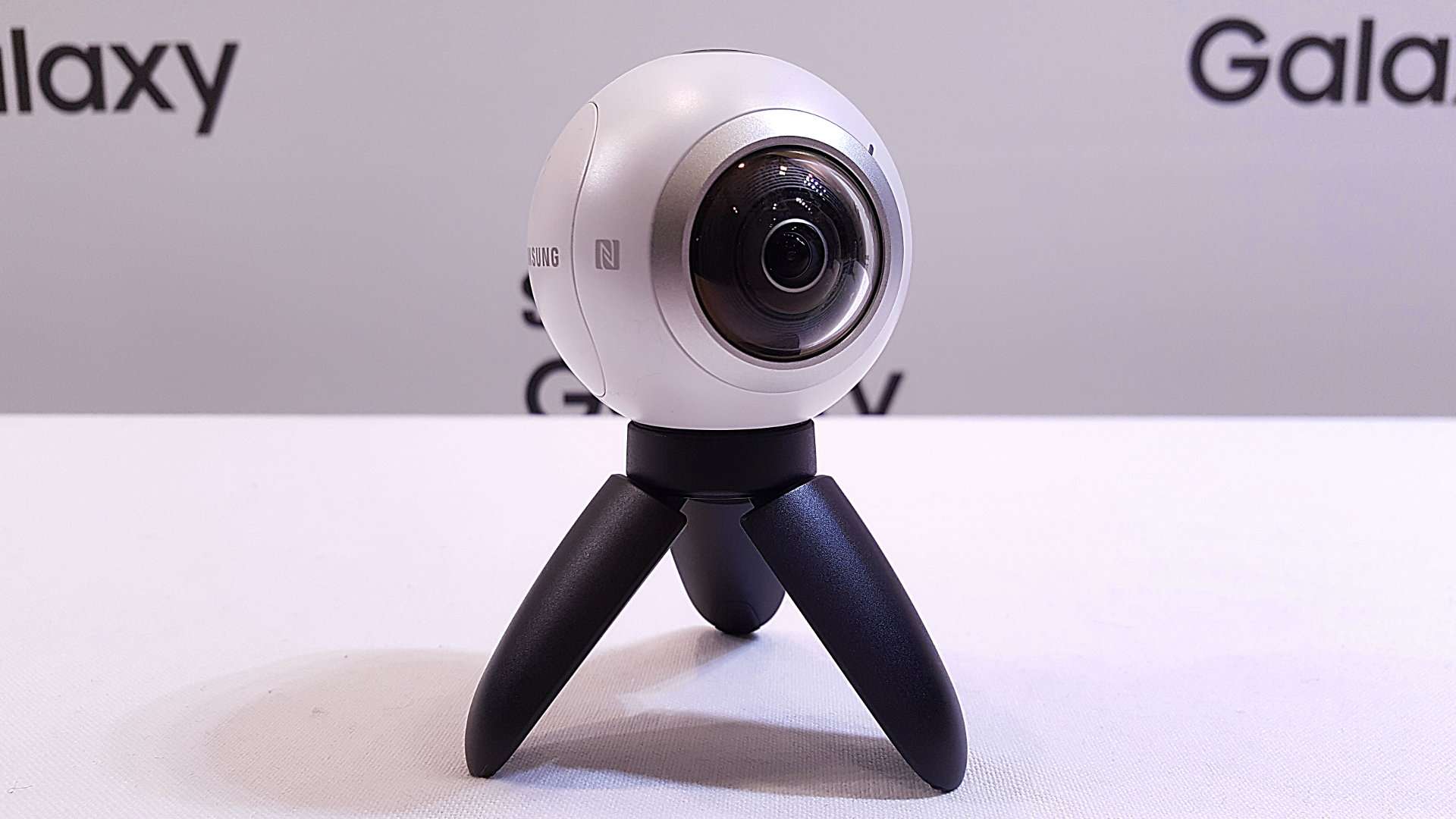 So we’ve just finished up testing out Samsung’s very own 360 degree camera, the Gear 360. Does it have what it takes to capture effective and detailed 360 degree imagery and media? Is the battery up to the challenge and how does the software side of things fair? Read on to find out our review of the Samsung Gear 360.

The first thing that will catch your eye when it comes to the Gear 360 is its shape, the spherical shape is actually really smooth and very high quality to the touch so definitely has a cool and somewhat futuristic Look to it. 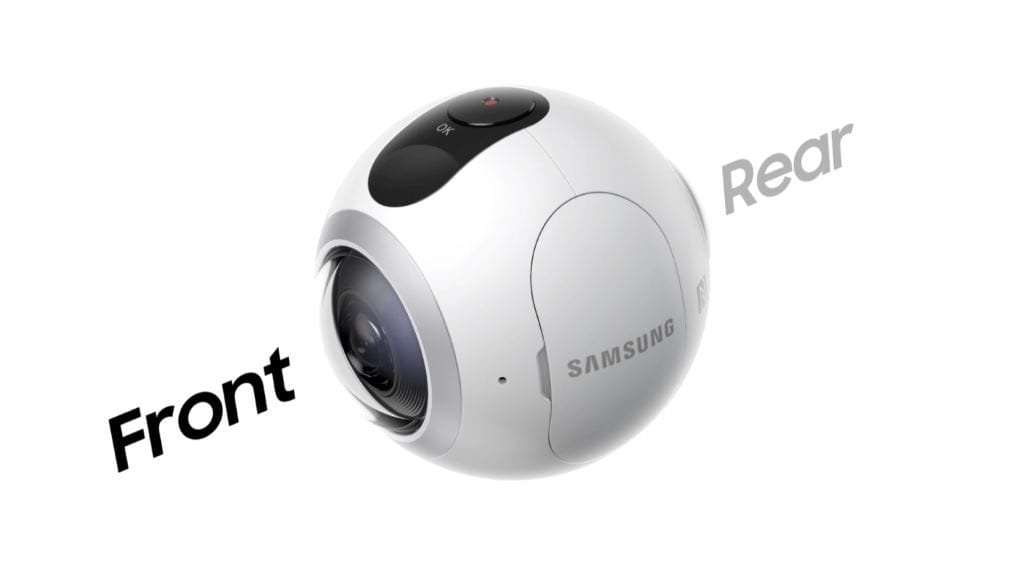 On either end of the device are large fisheye lenses that will be used to capture and stitch together  the 360 photos and videos that you capture. There are also some controls on the left hand side and there’s a recording button on the top along with a small screen to show you exactly where you are and how long you’ve been recording. 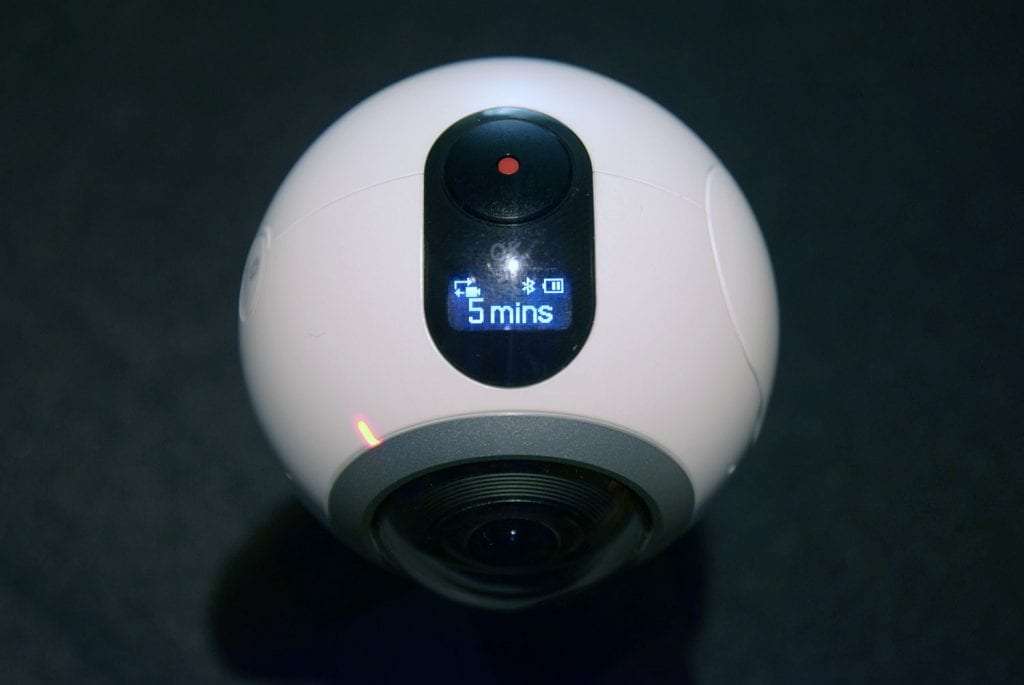 On the right side, there’s a cover that allows the Gear 360 to be splash and dust resistance. When you open that up you’ll find the micro USB charging and SD card slot for up to 200Gb of storage and then a removable battery at a pretty decent 1350mAh. 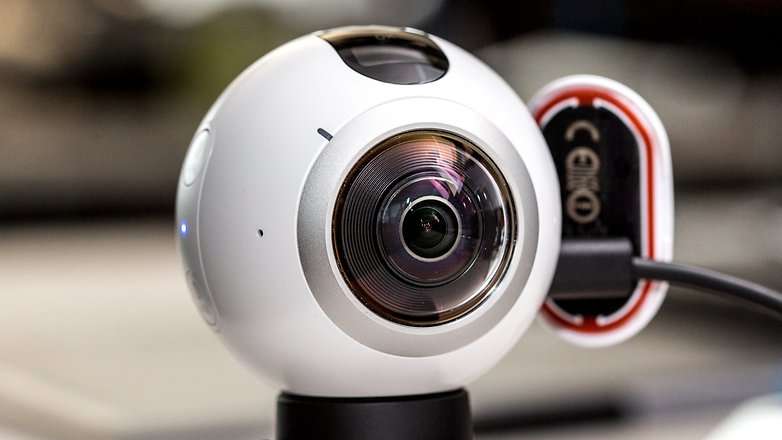 Overall, the Gear 360 is very well made and is quite robust so we wouldn’t have much fear in throwing it into our backpack as we set off on holiday or a trek.

As you may or may not know, the main disadvantage of the Gear 360 software experience is that it requires a Samsung Galaxy Device to allow you to fully tweak the devices settings and act as a viewfinder via the dedicated app.

Whether it’s a recent Note (ahem) or Galaxy S device, you’re going to need one of these devices to be able to use the Gear 360’s app. It must be noted though, The Gear 360 can be used as a standalone device in terms of capturing 360 degree media and comes with PC software (Action Director) in the box that will allow you to stitch and create content in a professional style from your PC after capturing it. 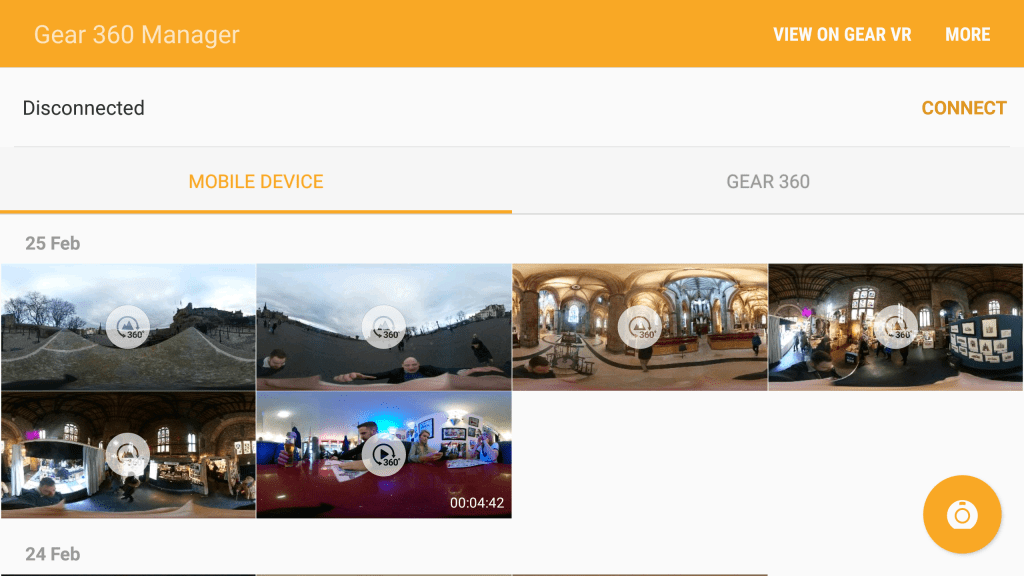 The camera app itself is pretty much what you would expect if you are familiar with Samsung’s camera application. It provides you with a lot of control including the ability to turn HDR on or off, change the exposure in manual mode or change the different modes. You can also choose between shooting full 360 degree or 180 degree photos.

The Gear 360 has two 15MP cameras, both of which have fish-eye lenses which are capable of grabbing 180 or 360 degree shots. This means that pictures can be up to 30 MP. The lenses have an f/2.0 opening which allows them to take decent pictures even in poor lighting conditions.

In real world testing, the pictures are quite good. Thanks to the relatively high resolution, the pictures are very detailed. We also got the chance to check out our 360 photos and videos in a Gear VR which really adds a whole new level of enjoyment when looking back at what we captured. Understandably, upon closer inspection, the quality of the pictures cannot match photos taken with the Galaxy S7 or any other good smartphone camera, as they simply have more MP available.

In the dark, the camera brightens its captures and recordings by a large margin, as the Gear 360 attempts to make the most of the remaining light. This can lead to quite a bit of noise in the images but still, nothing too drastic. Overall, we were happy with the quality of the media the Gear 360 was able to capture but we would have liked to have seen a lower f-stop for better low light shots.

As we mentioned earlier, the Gear 360’s battery is pretty decent and we didn’t have any problems with the camera dying on us before the end of a shooting day. I will say though, you should pick yourself up an additional battery pack if we’re going to be doing very long recordings especially when using both of the lenses just to make sure you make it through the day.

We really enjoyed our time testing out the Gear 360. It’s very well built, has a good selection of settings and modes via its own dedicated app and the resulting images and videos are quite impressive. We just wish Samsung would allow the camera to be used with more Android devices other than their own models. Hopefully this is something they address in the future.