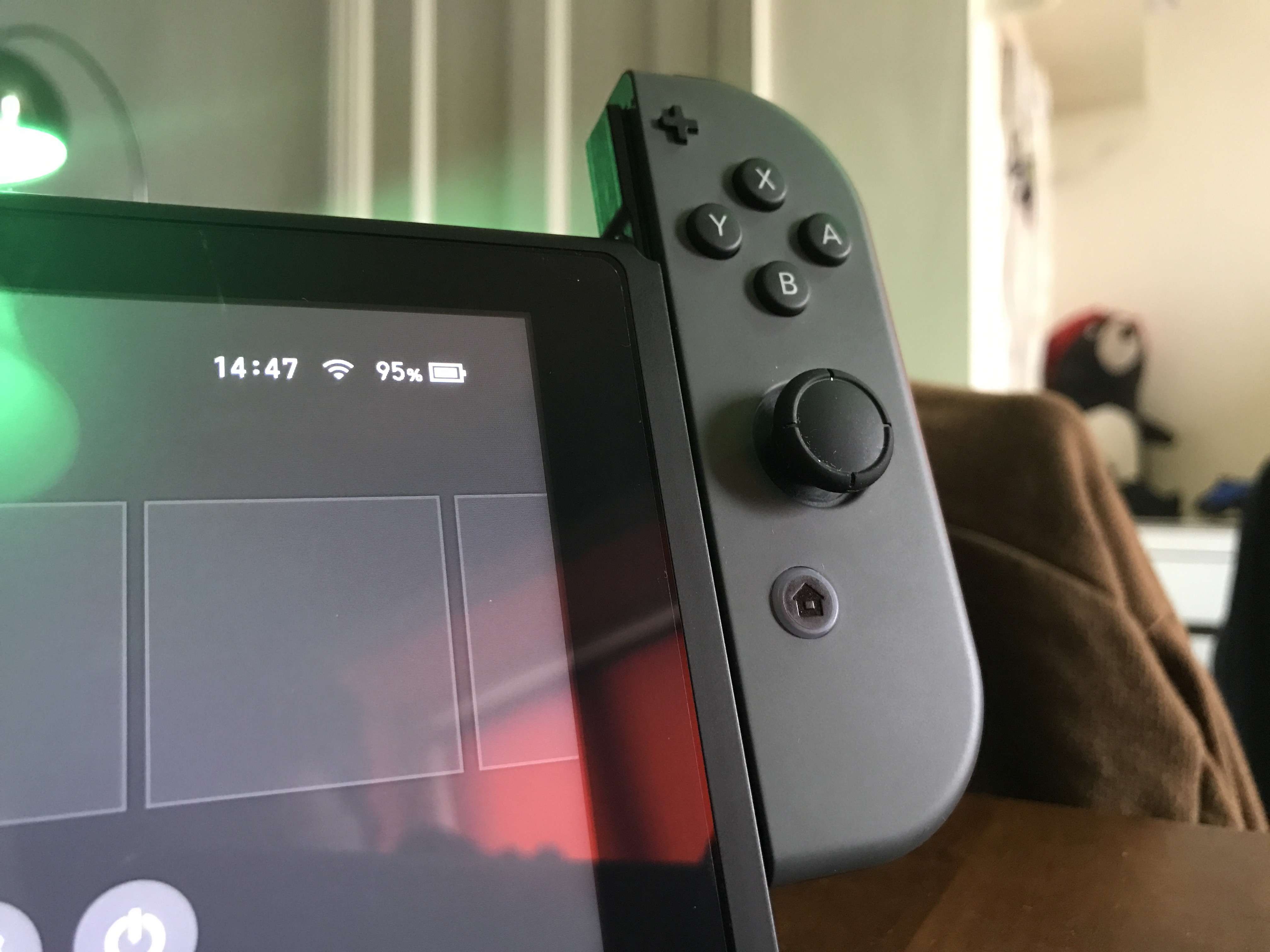 So here’s something that doesn’t come round too often, a proper new console review! Instead of having a portable and home console, Nintendo are going all in with the Nintendo Switch. A portable games console you can dock. Or, depending on who you talk to, a home console you can take on the go. We’ll get into that more later. 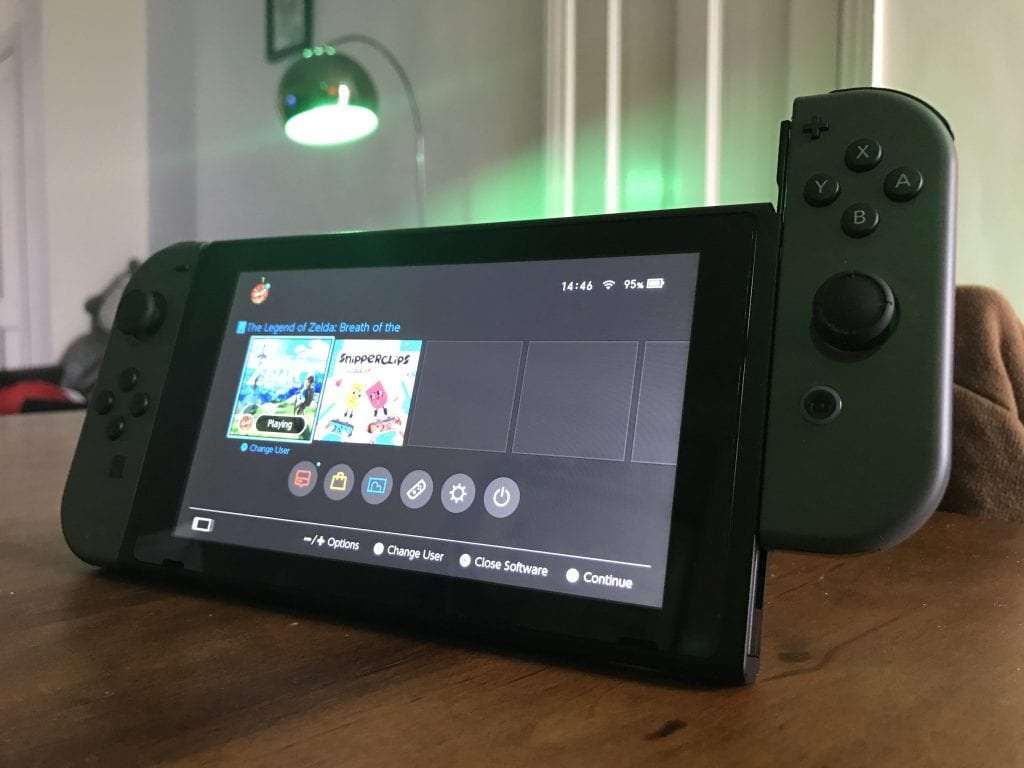 The heart of the Nintendo Switch is the console itself, which is a touchscreen with rails on either side to attach two controllers to. Together with the screen, it becomes quite a big portable games console. The controllers are designed in a way to let you give one to a friend and play local multiplayer really easily. It’s cramped, but it works. It’s comfortable to play on your own and with a friend, but you probably won’t be playing too long before you feel a hand cramp coming on. 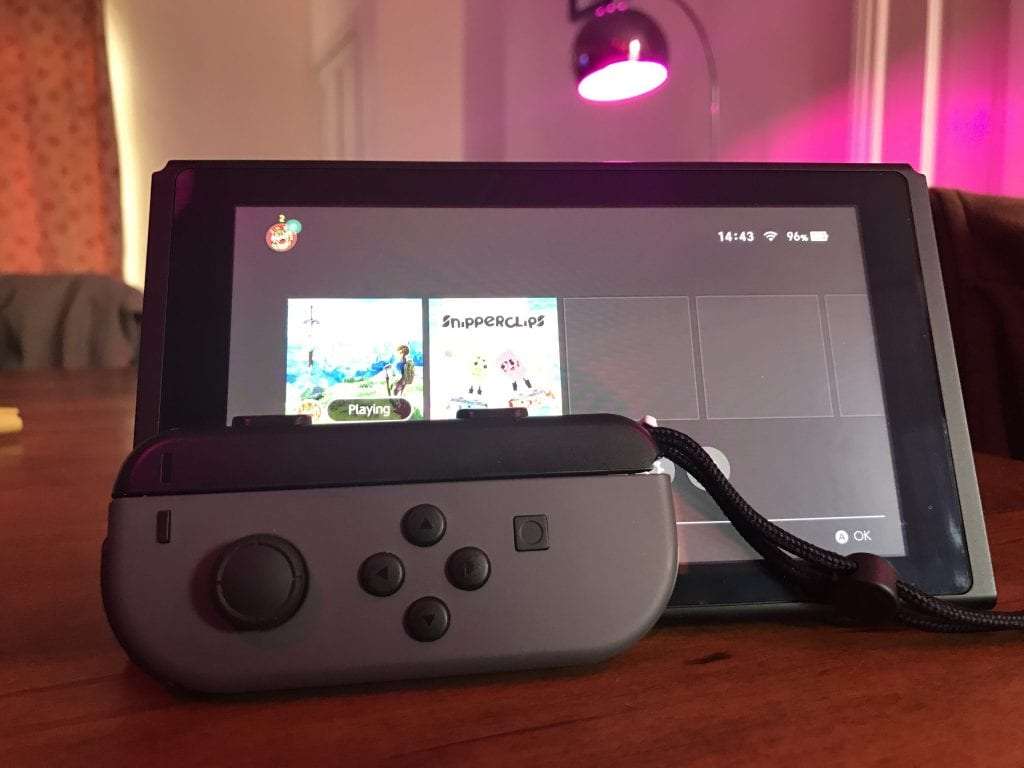 For home usage, you slide the device into a basic dock and slide the controllers off. It’s as simple as it sounds and it works really well! Nintendo give you a ‘Joy Con Grip’ in the box to house your joycons in a more traditional home controller (like a PS4 DualShock). The Joycons work great, and work just like wii-motes too making motion play possible withHD rumble for enhanced experiences. The right joycon has a amiibo sensor and even an IR sensor for some unique stuff down the road. 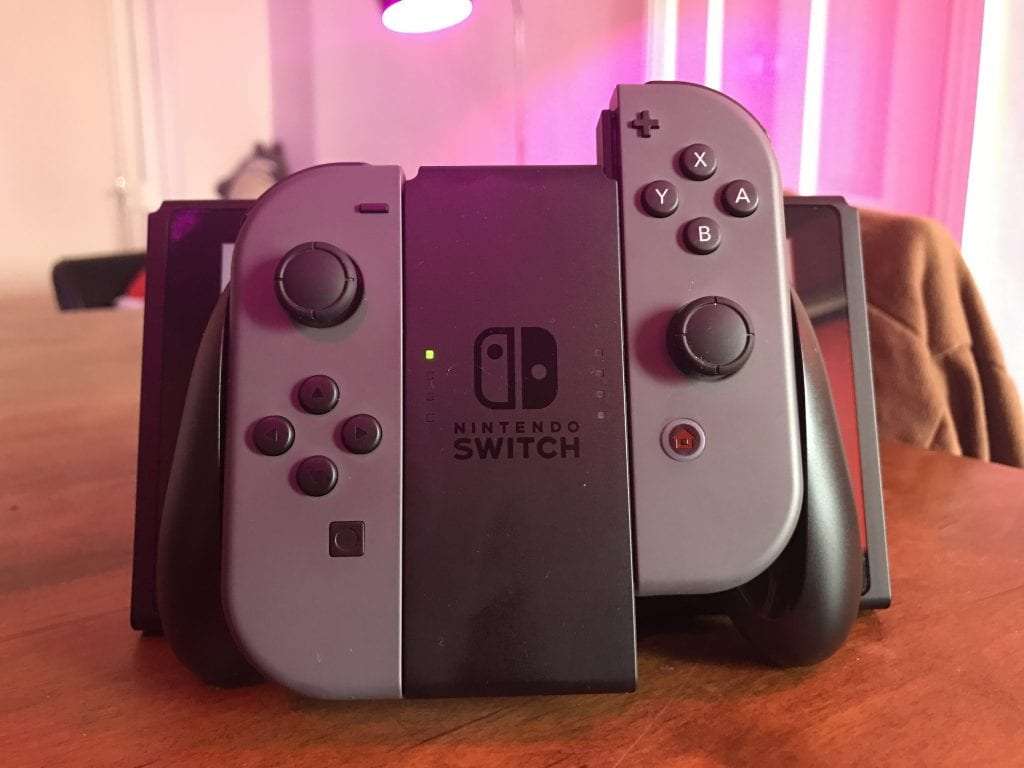 Battery life is decent is also decent. I’ve been playing The Legend of Zelda: Breath of the Wild non-stop in portable mode and got between 3-4 hours of battery life. Less intensive games will net you more time, Snipperclips barely dented the battery for me after 30 minutes play time. The Nintendo Switch is powered by USB-C which is fantastic (as you can use a portable charger to charge on the go), but don’t expect ‘docked’ level of graphics and that port placement won’t make it easy to charge on the road and play at the same time. It’s a trade off to get that smoother docking experience for the home part of the Nintendo Switch experience.

Nintendo have also released a Pro Controller if you want a more traditional home experience but, at €79.99, for the controller, it definitely isn’t cheap. Lost a joycon? That’s another €49.99. Need a spare set for 4 player? That’ll be €89.99. Don’t forget a case that’ll set you back another €19.99. The Nintendo Switch costs €329.99 which gives you everything you need in the box for yourself and another player (which is quite competitive compared to the competition):

Hardware-wise, the Nintendo Switch is incredibly well built, surprisingly so by Nintendo. The console and joycons feel weighty, and hard to damage. Yes, the kickstand is flimsy and yes you will probably want to put a screen protector on it and keep it in a case when you’re on the road but in all honesty, that’s standard for any portable tech nowadays. 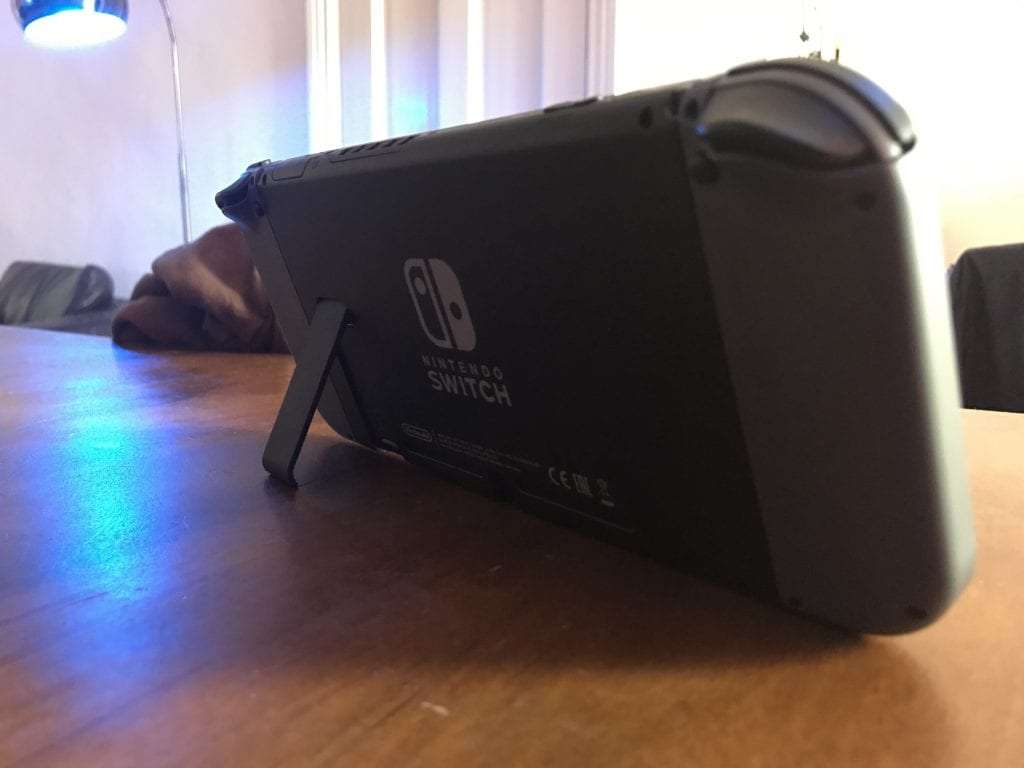 Nintendo have knocked it out of the park with the hardware. It’s capable, experimental, solid and comfortable. It’s real innovation in the gaming space which is SO much better than just another box under the TV. However, it’s 2017, software plays a much bigger role.

Once you’ve turned on the Nintendo Switch, the first thing you’ll notice is… it’s a bit bare boned. Honestly, it feels like it’s been rushed out before it’s ready. It’s by no means broken on day 1, it plays games well, it’s incredibly quick and the absolute basics are there but if you’re expecting an Xbox One level of OS then… buy an Xbox One.

Nintendo have promised to update it quickly to introduce features like usernames (currently it’s using friend codes. FRIEND CODES in 2017!), the Virtual Console for retro gaming, voice chat, proper social features but there’s zero news on media apps like Netflix or even an internet browser coming to the device.

I get Nintendo’s approach of making a gaming machine first and building over time (taking careful note of the Xbox One’s launch no doubt) but after paying €329.99 for a console I kinda expected something more. I will give Nintendo credit for one thing that’s absolutely better than the competition and that’s parental controls.

There’s a separate app that’ll let you set usage limits, reward good behaviour with extra time and see what your kids play most on the console, letting you make better purchase decisions and strike up a conversation with your kids. It’s really well implemented!

So, to sum up the console in a few words. Potential, Flexibility, Fun, Excited. The system has huge potential to take a chunk of the market. When I look at games like Yooka-Laylee which is coming out on the PS4 for example, the ability to bring it on the road with me really makes me consider should I buy it on the Nintendo Switch first. It’ll be really interesting to see how the third-party and indie support plays out with this in mind (it looks promising). The hardware is great for new gaming ideas which is what we know Nintendo for. It does help that it’s launching with one of the best games of all time (Zelda – Breath of the Wild) which should keep you busy for a few months! There’s a review coming soon but I can already say it’s a solid 10.

Ultimately, Nintendo managed to best both the Wii U and 3DS in one console. The comparisons to the Xbox One and PS4 are slightly unfair, the Nintendo Switch is it’s own category. I really hope it succeeds and it looks like Nintendo are throwing everything at it to make sure it does. Those launch day quirks can be ironed out, more games will come. I really hope I can level the same praise at Nintendo in a year’s time, don’t let me down!

P.S. Yes, I can verify that the game-carts do in fact taste horrible. It’s a safety feature to make sure that kids/pets don’t swallow them. Don’t try it yourself!