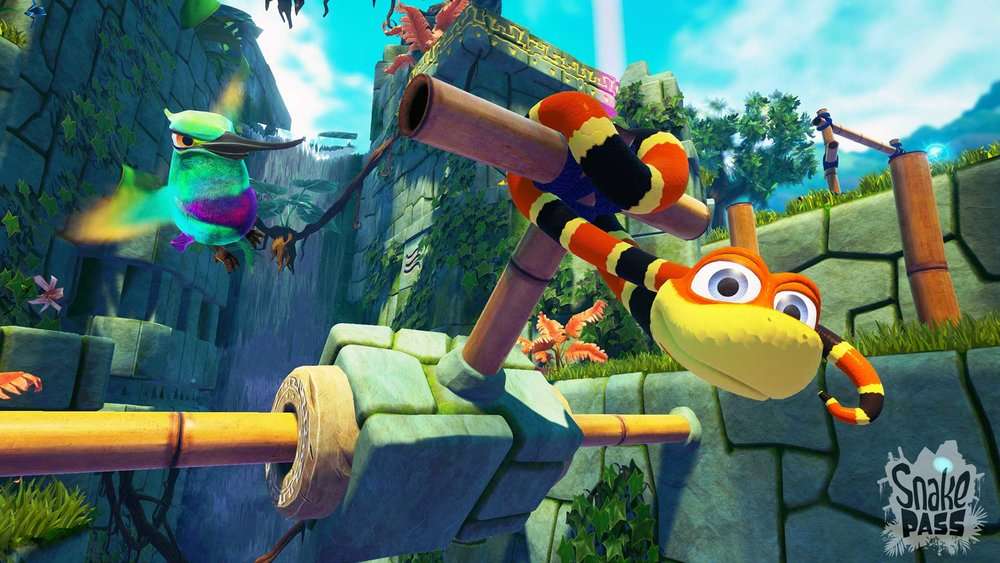 Snake Pass, from Sumo Digital is a physics-based puzzle platform game that has you slither, coil and climb your way through the colourful world of Haven Tor. As one of the first proper cross-platform titles launching on the Nintendo Switch, does it have what it takes to stand out from the crowd? Read on to find out in our review of Snake Pass.

In Snake Pass, you take control of Noodle the snake as he and his hummingbird companion Doodle investigate the mysterious forces that are disturbing the peace and tranquility of Haven Tor. 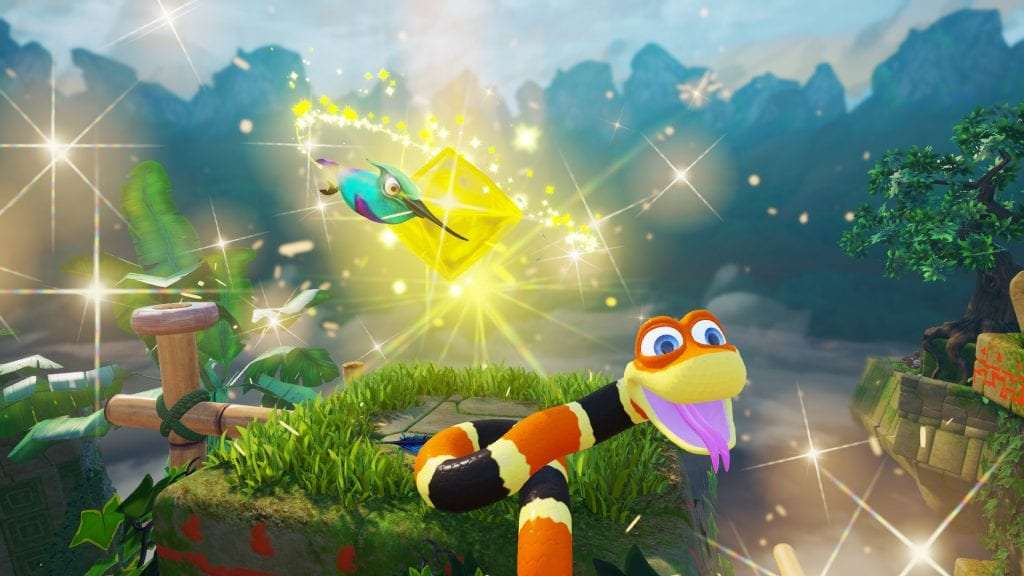 In Snake Pass, you control Noodle by using the left thumbstick to wriggle across the terrain. You can also lift up both your head and tail to aid you even more in navigating the bamboo climbing frames along with the ability to tighten your body’s grip for even more options of navigation. If these controls sound simple, they are but, be warned, they take quite a while to master. 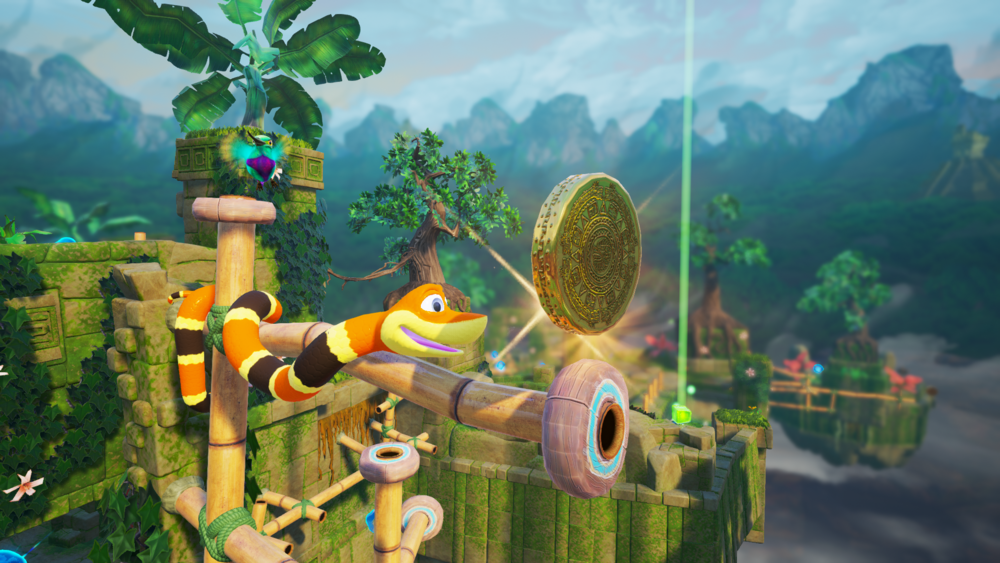 As I mentioned previously, Snake Pass is available on all 3 home consoles and the PC but I went for the Nintendo Switch version as I was looking for a break from my time with The Legend of Zelda: Breath of the Wild which I’m still playing. Understandably, the game won’t ever look as good as it does on say, the PS4 Pro, but I was pleasantly surprised how well it looks on such a small and portable device. It’s puzzle games such as this which are great for whiling away the hours whilst travelling or waiting in the doctor’s waiting room so Snake Pass on the Switch was a perfect fit. 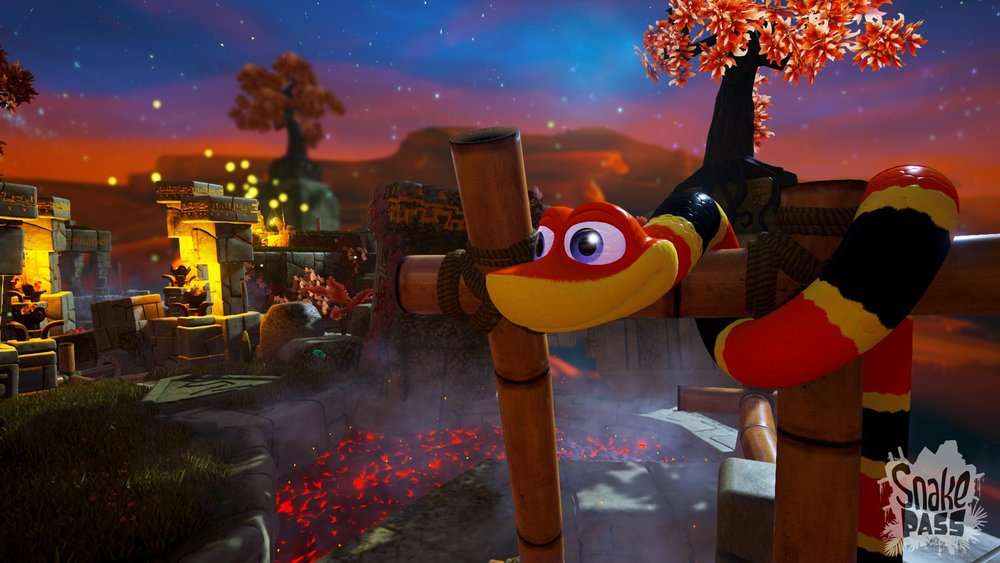 Going back to the controls, they definitely take some getting used too and, with having to control the camera more than I would like, it can become quite difficult when things get a bit hairy. Hopefully, it may just be my inability to do two things at once but I fear it may be down to under-performing camera mechanics.

Also, just when you think you get into the swing of things, the game throws you another curve ball. Moving platforms, lava floors, and mechanical switches all had me slightly frustrated. The difficulty level doesn’t take long in ramping up and you’re going to be juggling a lot of controls and buttons to perfect your snake-charming ways. 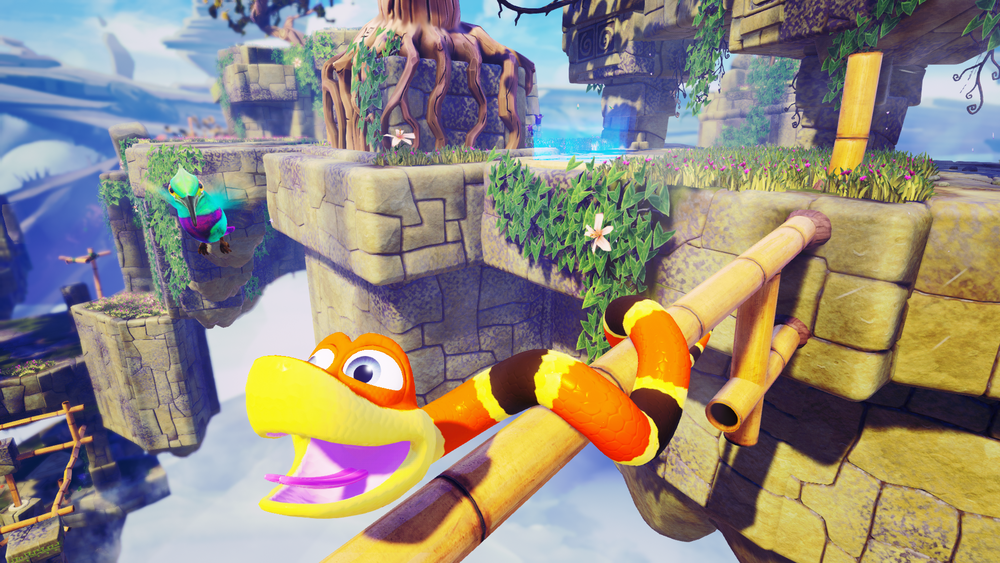 Snake Pass is definitely a game I enjoyed playing. Its colourful visuals, catchy score and clever physics engine make the overall package an enticing and enjoyable one. Sumo Digital have done a great job of porting their latest title so quickly on to Nintendo’s newest device and the ability to play such a fun puzzle platformer pretty much anywhere thanks to the Switch’s USP, it really makes Snake Pass an easy recommendation. 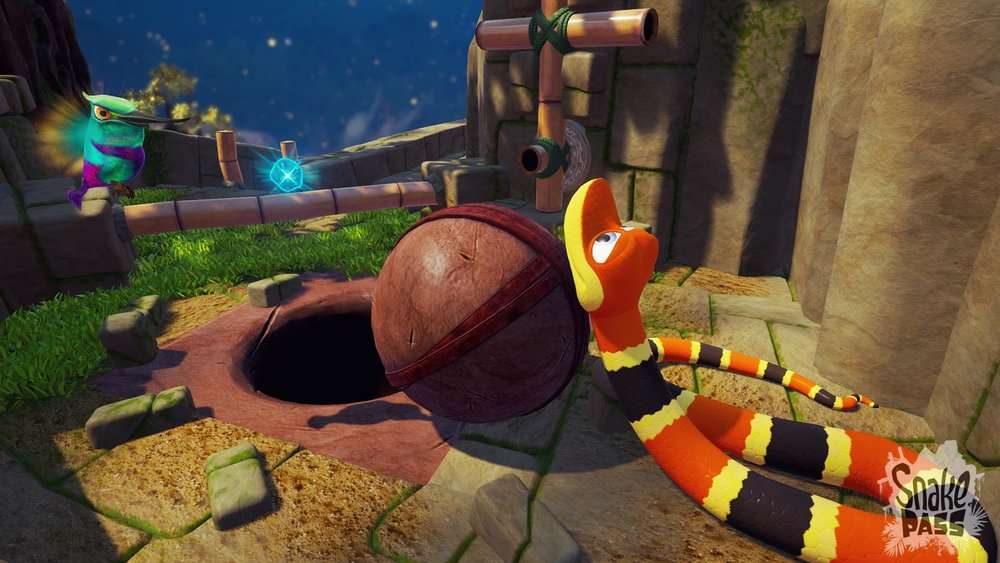