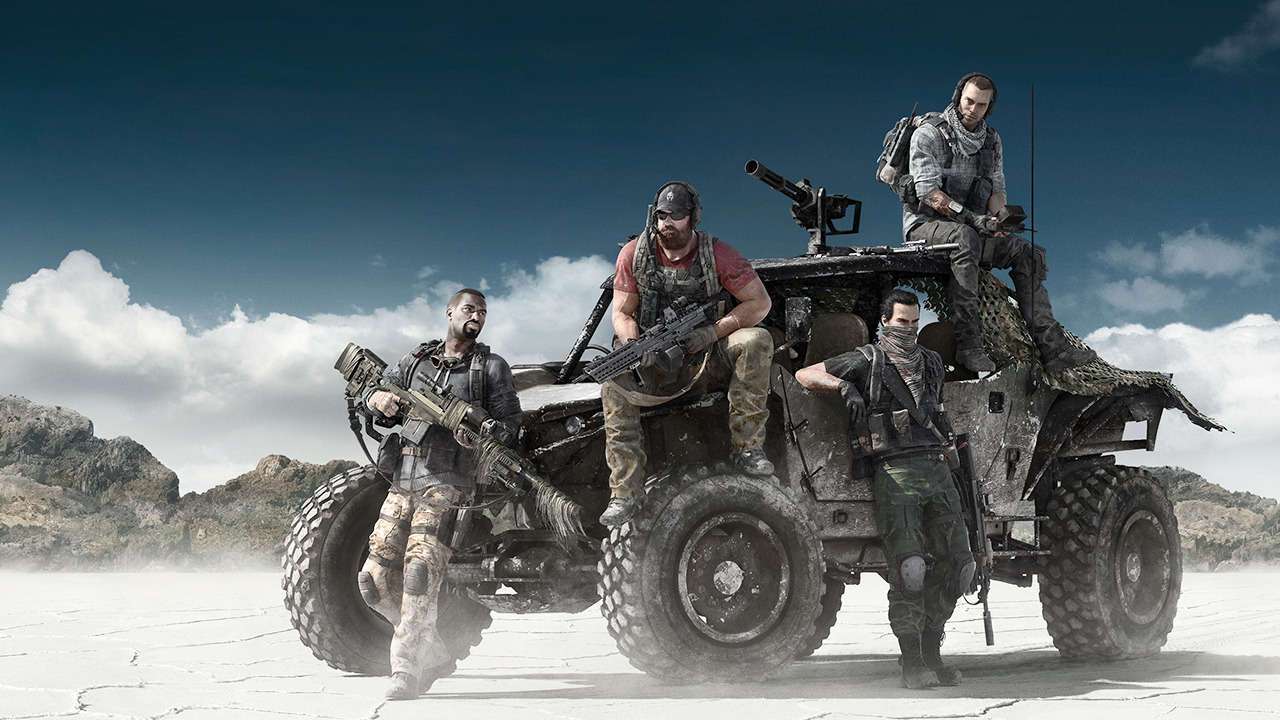 Tom Clancy’s Ghost Recon Wildlands as it is officially known, is the latest Ghost Recon title. It moves away from the classic features of the series in favour of an open world and puts you in command of a four-member squad of elite US soldiers. Is it worth your time and money? Is a virtual Bolivia the next destination for you to lose yourself in? Read on to find out what we thought of Ghost Recon Wildlands. 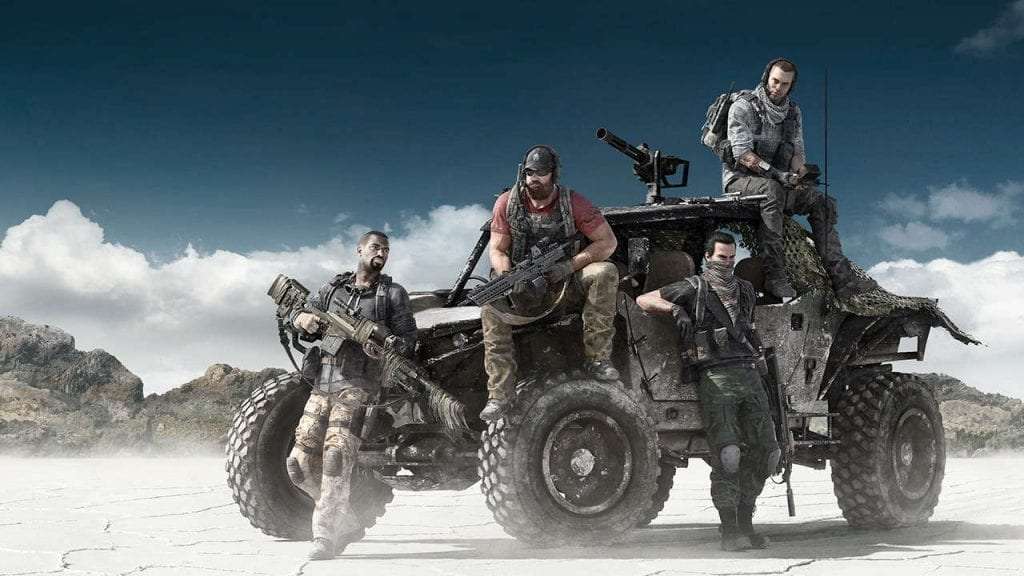 In Ghost Recon Wildlands, you’re on a covert mission to take down the Santa Blanca drug cartel in Bolivia. The cartel has turned the country into an industrial-sized drug operation with tiers of bosses and ultimately led by a rather evil individual called El Sueño. It’s up to your team, whether formed of AI soldiers or your actual buddies, to explore the Bolivian provinces, take down the cartel bosses and inch slowly closer to taking out the big kahuna himself. 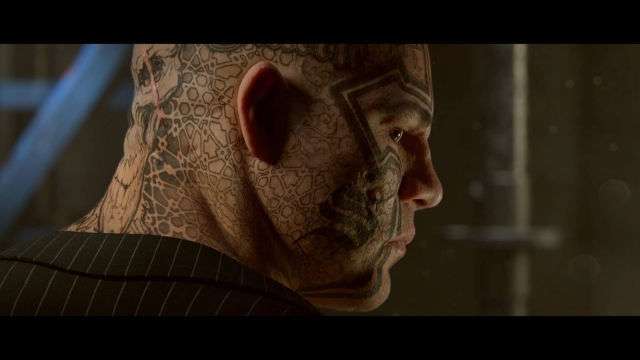 If single-handedly taking on an entire cartel sounds like a rather insurmountable task, I’d have to agree. Spread out over more than 20 regions, it’s a long slog to take down the cartel with just your three AI companions. The scale of in-game Bolivia is truly impressive, but when you add in the travel time and enormous list of collectible skill points and collectibles required for unlocking new abilities, Wildlands loses a bit of its fun and turns into a list of chores that need to be done.

The overall gameplay on the other hand felt like a combination of previous classic Ubisoft formulas. Whether such is a good or bad thing will depend on the player, however.

If you’ve always wanted to merge Just Cause with the Tom Clancy series, then look no further than Wildlands. In fact, there’s even bits and pieces of Far Cry found in the game if you look at how the map is set up. It may have even inherited Far Cry 4’s bad driving. 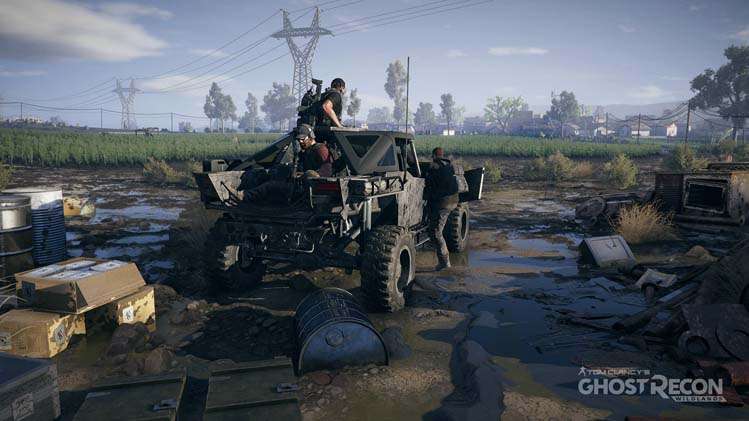 While that may sound fun, I would argue that the Ghost Recon series is mostly known for its strict military discipline and stealth when it comes to tactical shooting, not for wild rides and bombastic Michael Bay-esque action.

There’s an expansive skill tree to explore that unlocks increasingly fun and incredibly useful skills from night vision and increased drone range to those that make you feel like a super soldier. 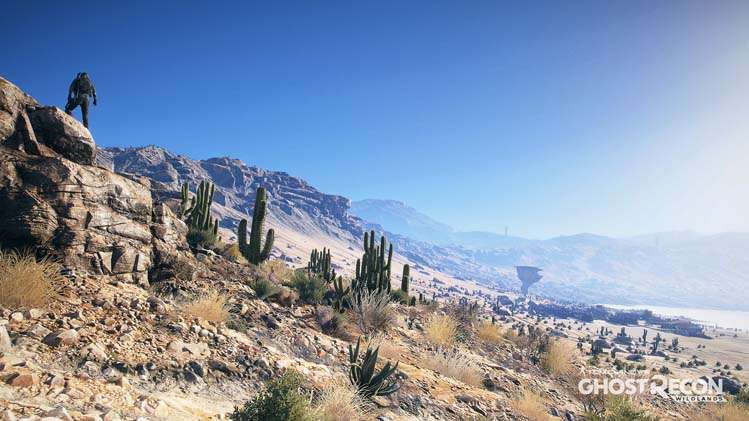 We’re very keen on the Sync Shot feature that lets you command your squadmates to take out multiple targets at once while you tackle another. It’s little touches like these that can make Wildlands a satisfying single-player experience.

This is only heightened when you get some real-life mates involved. The game becomes much more dramatic with your tactical plans having various layers according to player strengths and weaknesses. That’s even the case playing with just one real-world player instead of the full four too, it’s a great game to jump into with a friend for an hour or two.

The most appealing thing about Ghost Recon Wildlands as you first get started in the game is its sprawling vistas. This is Ubisoft’s biggest open-world game yet and it’s stunning. The contrast between snow-capped mountains, dense jungle and countryside constantly keeps the visuals exciting. 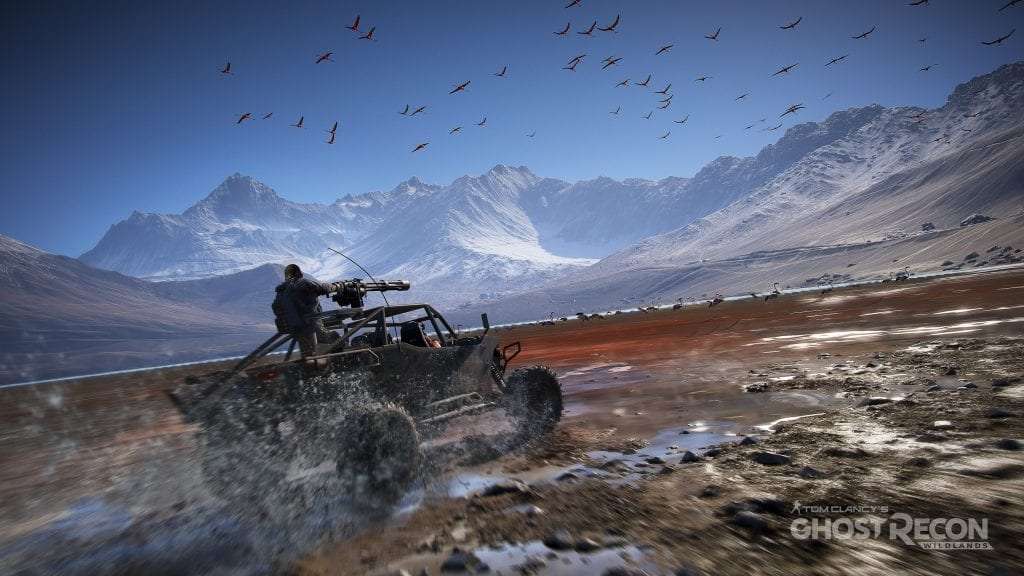 If you are willing to trade in tactics for some mad experiments with friends, then you’re going to love this game. Wildlands redeems itself when played with friends or random people. In fact, if you’re up for some GTA-level madness then this is game is truly for you. Go out guns blazing, prep a chopper for a wild chase, crash bases with 4 vehicles, it’s all up to you to make Wildlands a memorable experience.Thankfully, the interface will make it easier for you to slip into multiplayer mode and set-up a co-op game so you can go wild, fast. 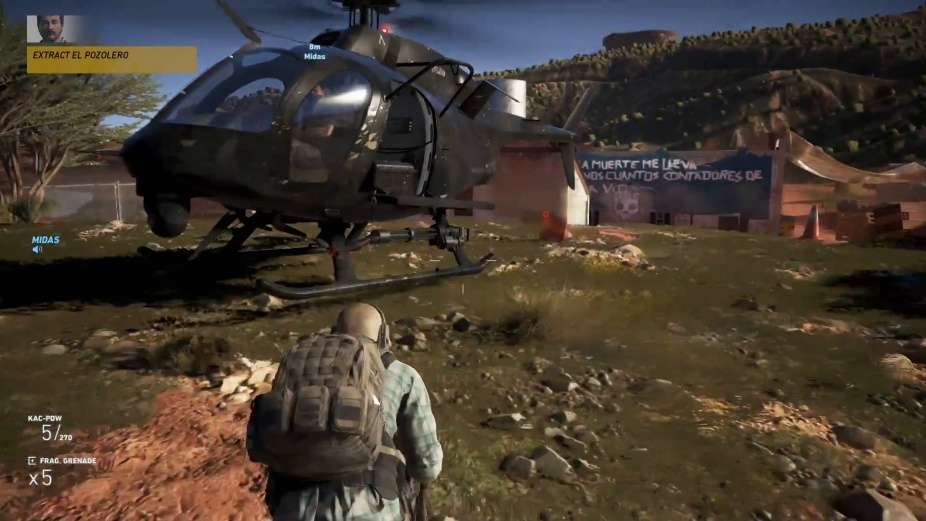 It’s Wildlands‘ ability to adapt your encounter on the fly that makes multiplayer such a treat. For one mission that required us to infiltrate a compound guarded by 30+ enemies undetected and snatch one of El Sueno’s underbosses, our team continuously botched a shot and failed the mission. We had tried approaching from a number of angles, and had even snatched the target, only to have the guards kill him rather than let us get our hands on him alive.

Upon loading in after another failed attempt, one of the lads had a great idea to fast travel back to a base, returning shortly thereafter flying a helicopter. Parachuting in under the cover of darkness, our team quickly cleared a landing area for our now-genius/hero to land. A few stealth shots later, we stuffed our underboss in the helicopter and flew quickly to our extraction point. 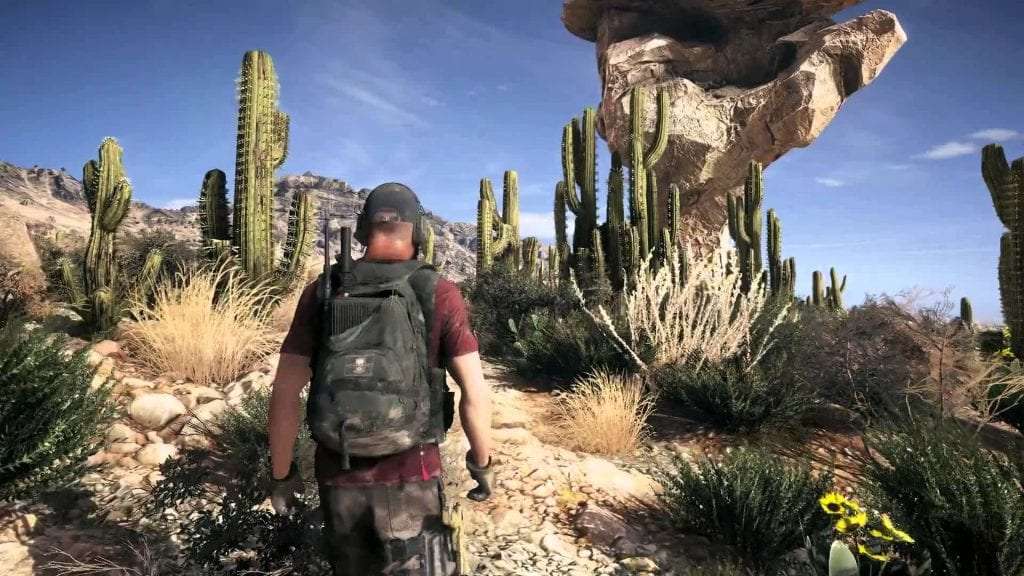 Ghost Recon Wildlands is a blockbuster action movie with great encounters and a mindless story that’s a great way to hang out with your friends. It fumbles the ball when it comes to delivering its end-game message, but it’s one we’ve heard before, so players aren’t really missing out here. 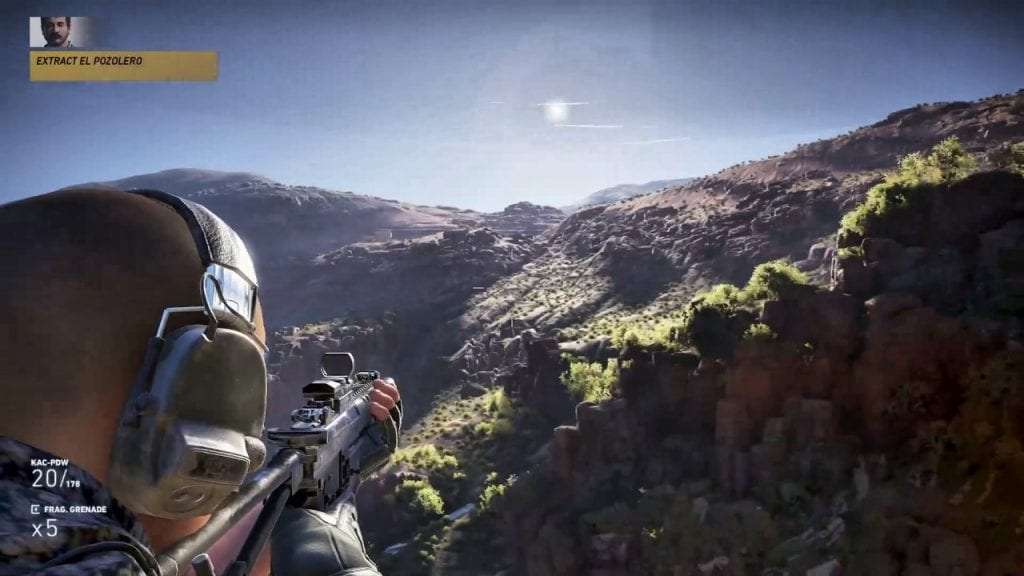 Still, I can’t fathom why Ubisoft set the game in a real country. Given the lack of any real political message, or even a narrative that was integral to the country of Bolivia, it could have quite easily have been set in the made-up land of San Escoba.

Despite this, Wildlands is still a deeply enjoyable game, with a massive world to keep you occupied with your friends for days, and gunplay that never gets old. It would have been great to have a more personal interest in my war with the cartel and its antagonistic members, but when viewing the game as a hangout point for you and your friends to take on a mission or two, this becomes inconsequential.