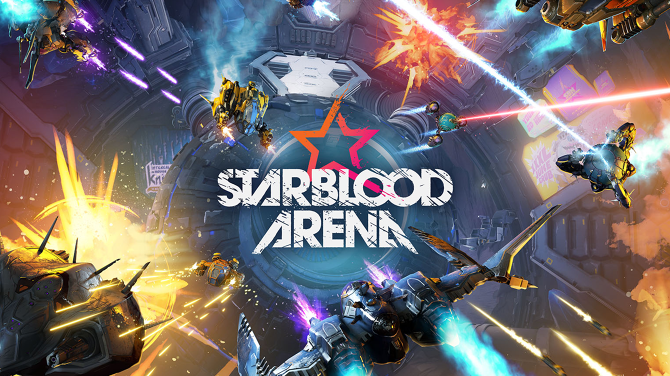 Launched last October, the PSVR is still somewhat finding its feet in the VR world but that’s not stopping Sony’s efforts to have it as the go-to for all things VR and gaming. This is where White Moon Studios comes in with its brand new IP, Starblood Arena, which many are likening to Overwatch for VR. Starblood Arena is a high-octane 360 degree shooter set in space but is it worthy of your time and money? Read on to found out in our review of the game.

All virtual reality users know how well dogfights in space work in VR so White Moon Dreams made the right choice with Starblood Arena’s premise. The ability to use your head movement to aim your weapons along with intuitive controls make the gameplay extremely immersive and fun. The game is definitely a lot more arcade-y than the likes of EVE Valkyrie but still has an enjoyable amount of depth and customisability.

The main diversity in the gameplay styles comes in the form of the individual characters you can choose from and their unique personalities. Each of the characters have their own play-styles, weapon load-outs and witty one-liners and there’s a surprising amount of depth to each one of them.

For example, Dregg, who’s quite the sulker, is fantastic as sniping enemies off with his Ghost Gun where as the likes of Blade likes to get right in the thick of things with his wing attacks and lasers. 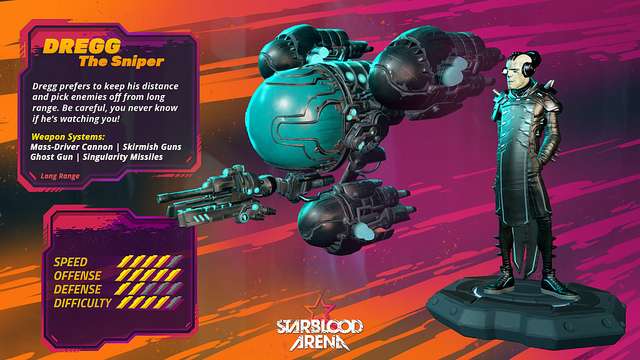 The character’s ships also allow for a lot of customisation options that impact the overall gameplay as well. With the ability to level up after winning matches, you’ll start unlocking mods that will allow you to customise each of the character’s ships to add even more variety to the VR dogfights that follow.

You control each of the ships by using the analog sticks along with L1 and R1 to spin, giving you full three-dimensional control over where you go and, more importantly, where you fire! Admittedly, it took a small bit of getting use to but, after a while, I soon found myself gliding between arena obstacles and enemies like it was no-one’s business! 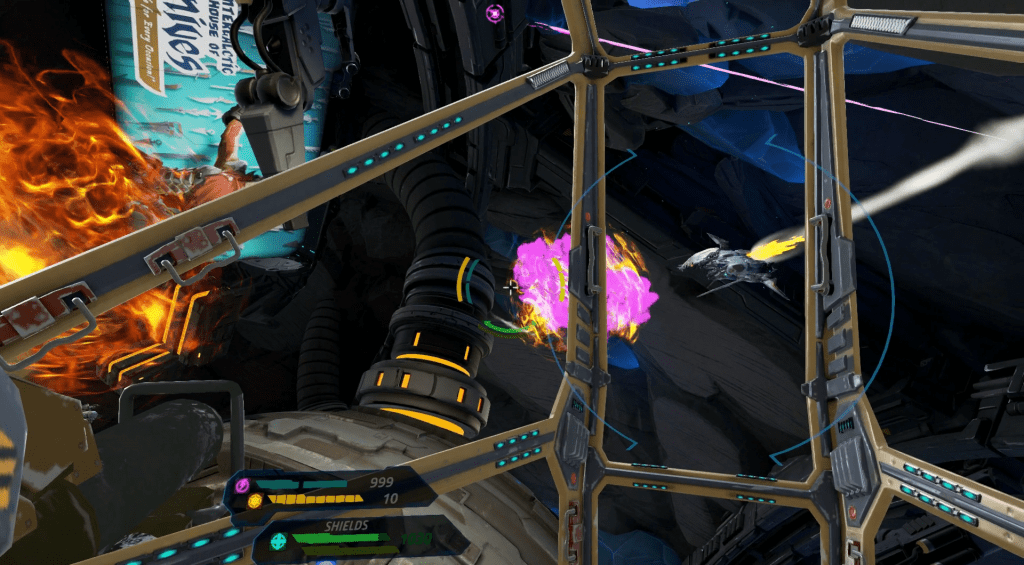 One issue which must always be addressed with any VR game is nausea, Thankfully, the guys at White Moon Dreams have done a great job at minimising any sort of VR sickness in Starblood Arena, even though it’s one of the fastest VR games I’ve played to date. It’s good to see VR developers getting better and better at creating VR experience that don’t make you want to instantly vomit and design choices such as having the UI condensed around the centre of the screen make the Starblood Arena experience all the more enjoyable and intuitive.

There are a variety of modes available to play in the game and these include traditional deathmatch, team deathmatch and ‘Gridiron’ which can be seen as a hybrid of capture the flag and American football. In this mode, you’ll need to track down the ball and either fire it into your opponent’s goal for 1 point or fly it directly in yourself for 3 points. You can also pass the ball between your team mates, bounce it off surfaces and intercept your opponents who are carrying the ball. All these gameplay mechanics allow for a nice level of tactical depth. 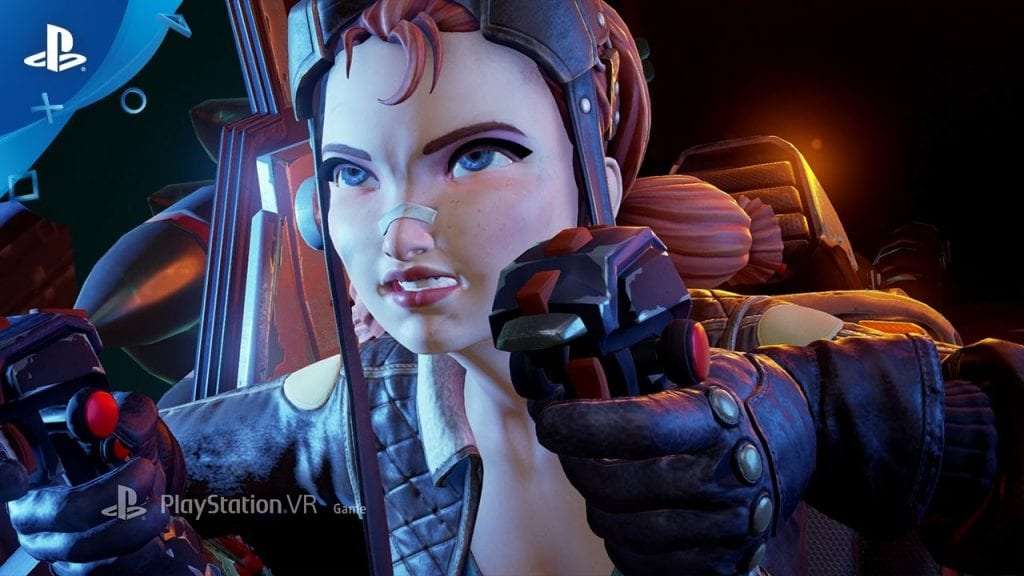 One issue I did have with the game and one which I hope will reduce over time is the online multiplayer side of things. During the launch week for the game, it took me much longer than I would have liked to join online multiplayer matches. This more than likely comes down to the number of people who actually picked up the game right off the bat and will hopefully be less of an issue in the future when more and more PSVR owners decide to give the game a go.

Starblood Arena’s style is colourful, brash and in your face. Its use of bright neon colours, detailed ship and character models and creative arena designs all add up to an extremely impressive looking graphical package. White Moon Dream’s decision to go down the cartoony, tongue in cheek route was definitely the right one and it’s definitely one of the PSVR titles I’ll be showing to my friends when they come over due to how well the overall presentation is executed. 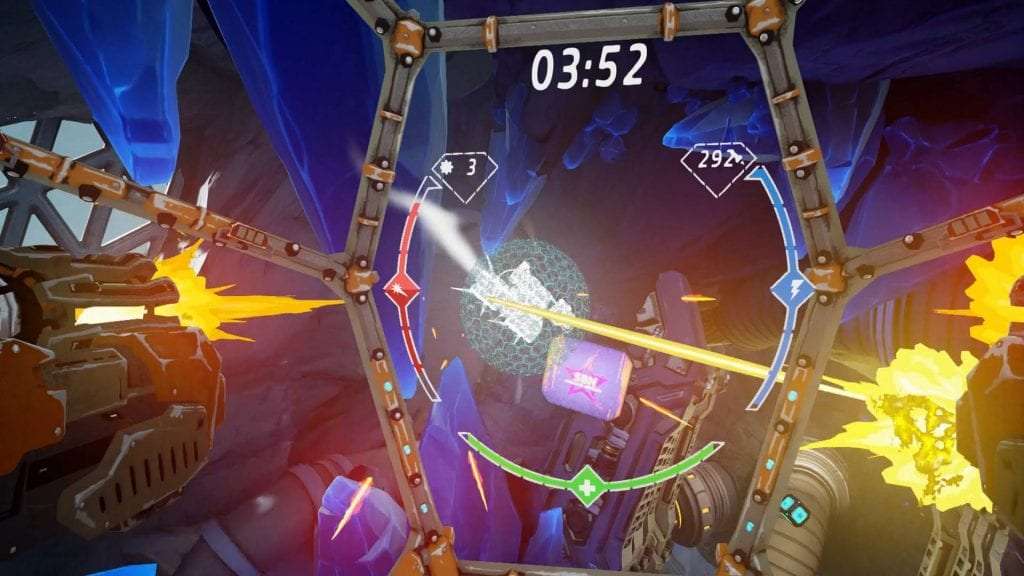 Starblood Arena is a well presented PSVR shooter that looks great and is fun to play. The only gripe I have at this moment in time is the lack of online players I can face off against in the frenetic shooter but hopefully this is something that will improve over time. White Moon Dreams have created an impressive new IP for Sony’s VR headset and one which can stand shoulder to shoulder with the other great titles available on the platform. 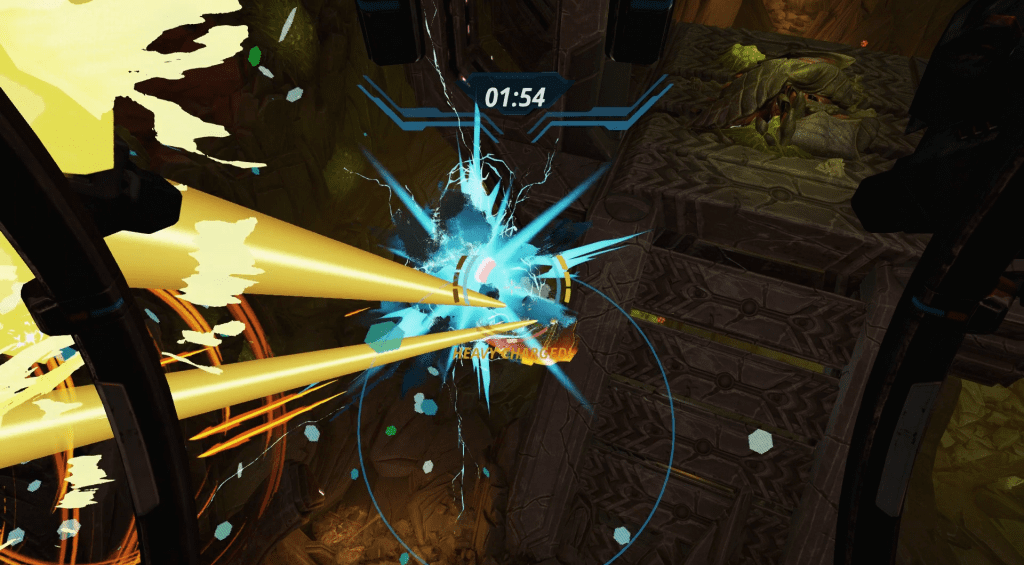