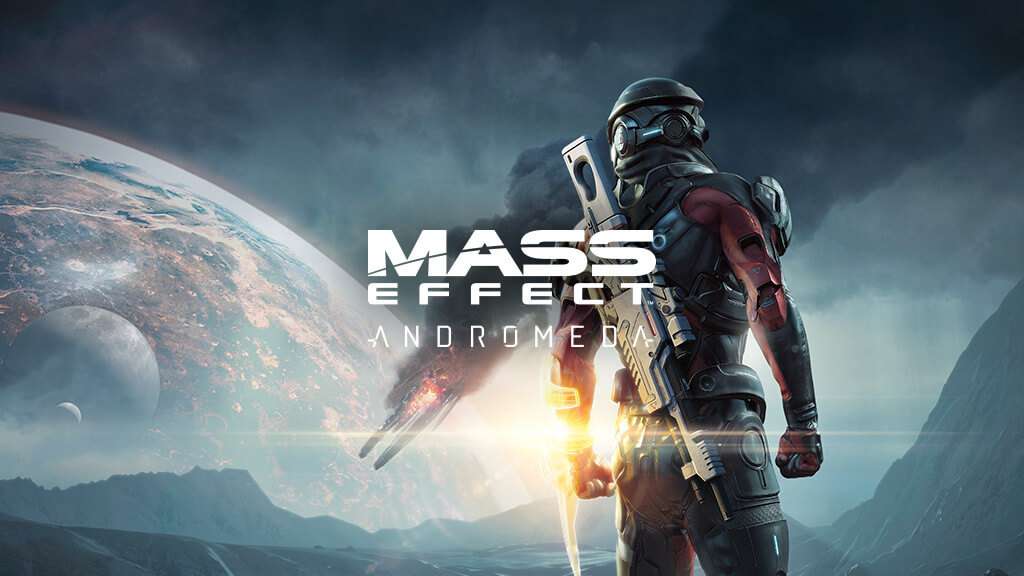 When is a prequel not a prequel? When it takes place 600 years in the future. That’s the rather unusual set-up of Mass Effect: Andromeda, a game that shares a universe with the Mass Effect trilogy, but forges its own path with an entirely new story and slate of characters. The original trilogy is heralded as one of gaming’s all-time great epics, though the fractured ending created a situation where continuing that specific storyline was almost impossible. 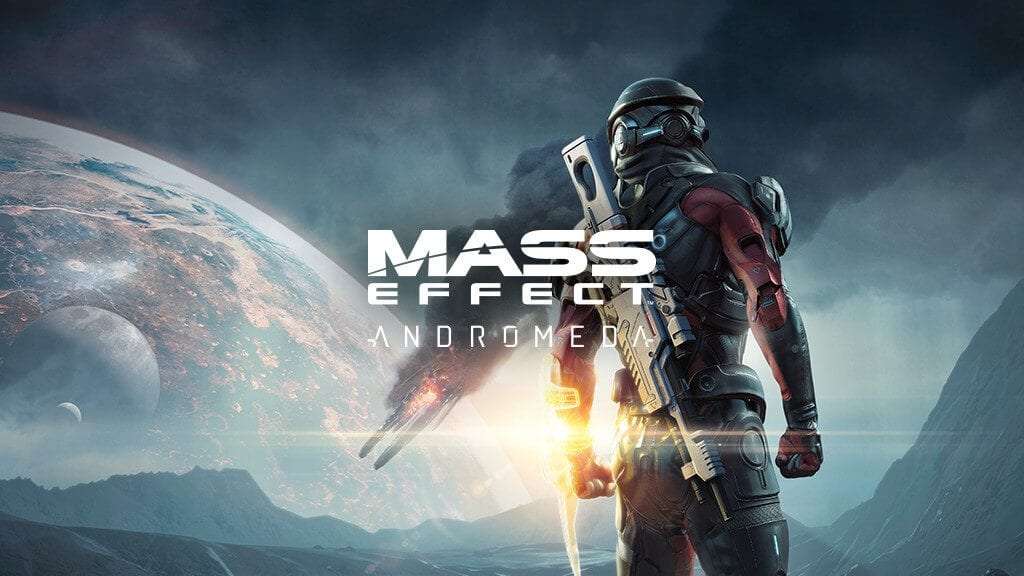 To its credit, Andromeda boldly abandons the familiar. In place of the iconic Commander Shepard, we have Ryder, the daughter (or son) of a man chosen to lead one of four arks filled with intergalactic explorers looking to found colonies in a distant star cluster. Several disasters later, Ryder inherits her dad’s job, and while the moments leading to and including that scene are pretty hackneyed, the stakes really sink in once you reach the Nexus-Andromeda’s version of the earlier games’ Citadel.

Mass Effect: Andromeda is a far more open game than its predecessors. Its general rhythm has you touching down on an open-world planet –be it the sandy dunes of Eos, the crime-ridden Kandara spaceport or the icy archipelago of Voeld– and setting off in your swanky space buggy the Nomad to explore. Scattered throughout these worlds are tasks that set you on the path to colonisation, helping out other settlers, getting involved in an age-old conflict and, most regularly, activating Remnant (ancient alien) technology to clean up each planet’s hostile atmosphere. In contrast to the original trilogy’s urgency and denser locations, this is a game to be drawn out at leisure, rinsing each planet of its quests to improve its viability and help expand the Nexus. 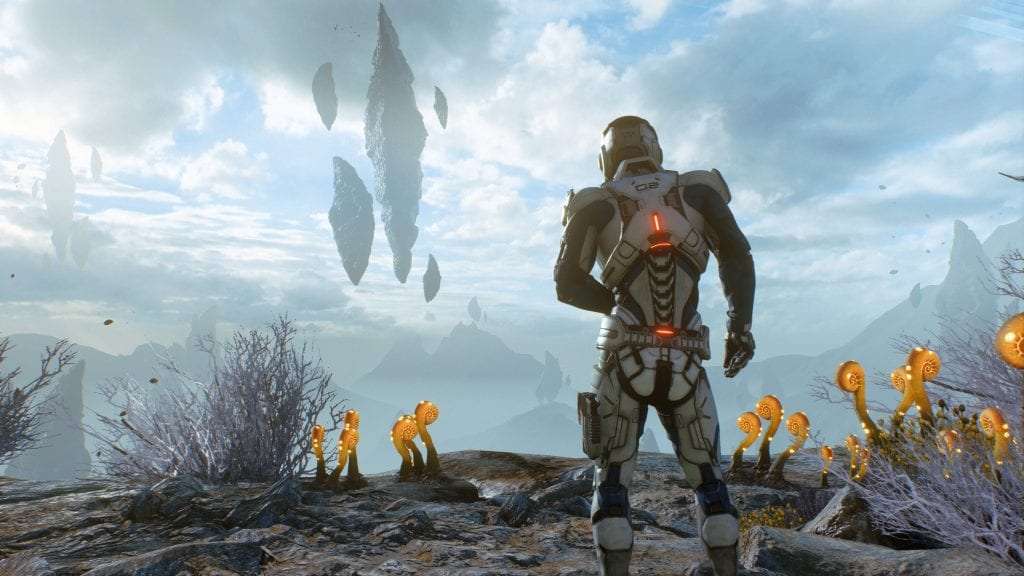 This rather more nebulous instruction of ‘get out there and colonise’ is a noble goal and, at times, can be thoroughly engaging. First steps on a planet can be breathtaking; gorgeous landscapes that stretch out to an initially ferocious horizon. Emerging from the neon-tinged ‘vaults’ that filter the atmosphere can be equally arresting. Voeld bequeaths a sparkling aurora over snow-capped mountains as a reward for cleaning up, for instance, and it’s lovely.

In terms of gameplay, Andromeda feels instantly familiar, blending a mix of third person shooter action with biotics, Mass Effect’s version of fantasy magic. The addition of a jet pack to let you both jet jump and dodge side-to-side is the best addition the series has seen yet. It’s taken combat from slow and plodding to a whole lot of fun, especially with my hybrid biotic/soldier build which never had less than four enemies floating in the air at any given time. There’s also a lot of flexibility here as you can change your core class type on the fly, respec almost as many times as you want, and level up infinitely so you will be positively drowning in skill points by the end. 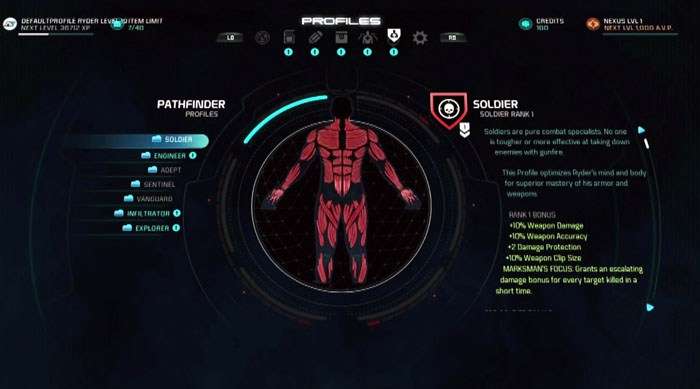 Also cool is the new combo system which lets you combine “primers” with “detonators,” certain moves that set each other up with big damage bonuses, which can also be set up/activated by your team members. Some players may mourn the loss of squad control, which no longer lets you pick individual powers for them to use, but honestly, cutting that in favor of more action oriented combat was a trade worth making.

And I’ll pause here to note that yes, outside of combat, Andromeda had issues with character animations, particularly with humans. They don’t necessarily look worse than the past Mass Effect games (a few do), but it’s been five years so I think everyone was hoping for a lot more improvement than what we see here. The issue is actually amplified by the fact that the rest of the game is so damn gorgeous (particularly on PS4 Pro) that you’ll go from a beautifully rendered scene of an alien landscape with your armor coated in fine dust particles to a creepy, doll-faced conversation between two characters, which is jarring. Still, it’s not as intolerable as many of the early memes are making it out to be, and over time, you notice it less and less.

Luckily it should be noted that Bioware have since launched released a few patches that have fixed these issues to my satisfaction. 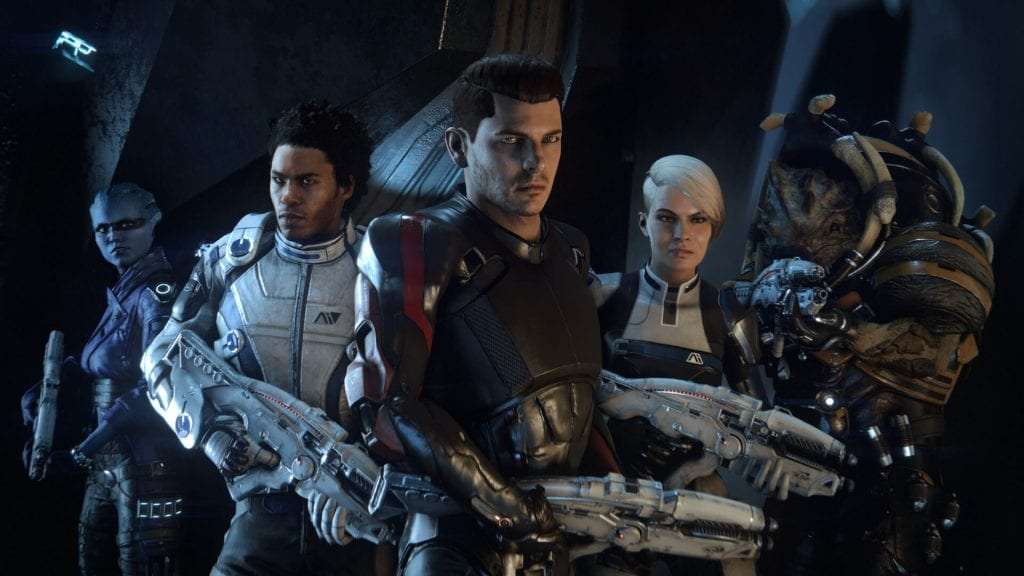 In terms of decision making, the gravity of paragon/renegade decisions don’t feel quite as heavy as with previous entries. However, that might be attributed to the lack of a threat as big as galactic genocide. Exploration, one might expect, is a big gameplay element – there are plenty of planets to visit, all created with unique environments and littered with their own quests that add hours replay value.

Andromeda is a game that does a good job of moving the franchise in a different direction. Though Andromeda could perhaps never match up to the feeling of a fresh new franchise, this new galaxy has promise. 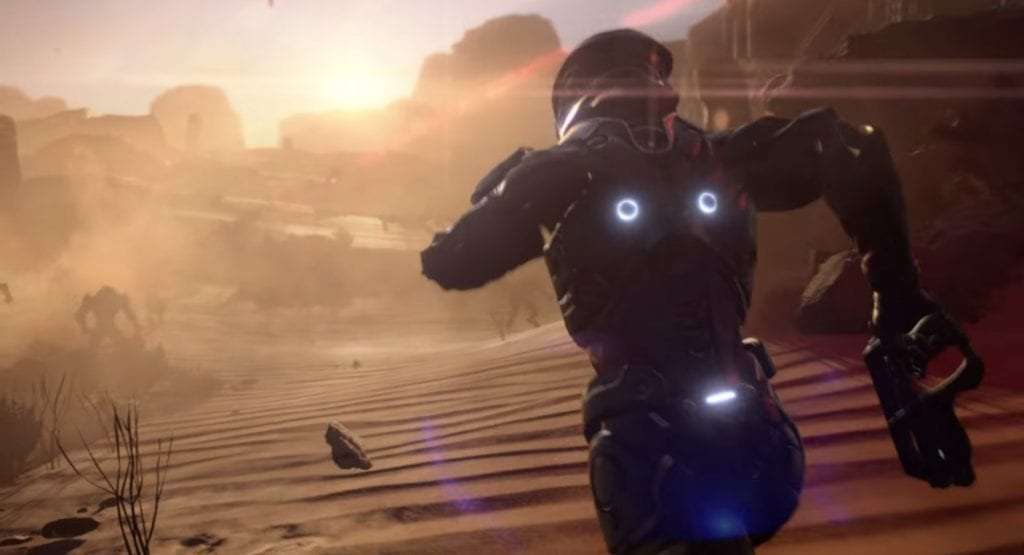 While there may be distracting bugs littered here and there, it’s not enough to break the immersiveness that the franchise is famed for. There are things, such as relatively easy-to-solve puzzles and a lack of character depth, that the game suffers from in comparison to its predecessors, but it’s all too easy to forget that this is a launching pad for what is essentially a new series.

Heavy hints promise a sequel, and hopefully it and any DLC will use this setting to tell some more interesting stories that move away from laying the groundwork and deal with what comes next. Homesickness for the Milky Way is inevitable, and Pathfinder Ryder is no Commander Shepard, but perhaps that’s a good thing. She/He, her crew, and these new colonies all have room to grow.

All in all, if you’re a fan of the original Mass Effect trilogy, this will be a welcome addition to your collection.