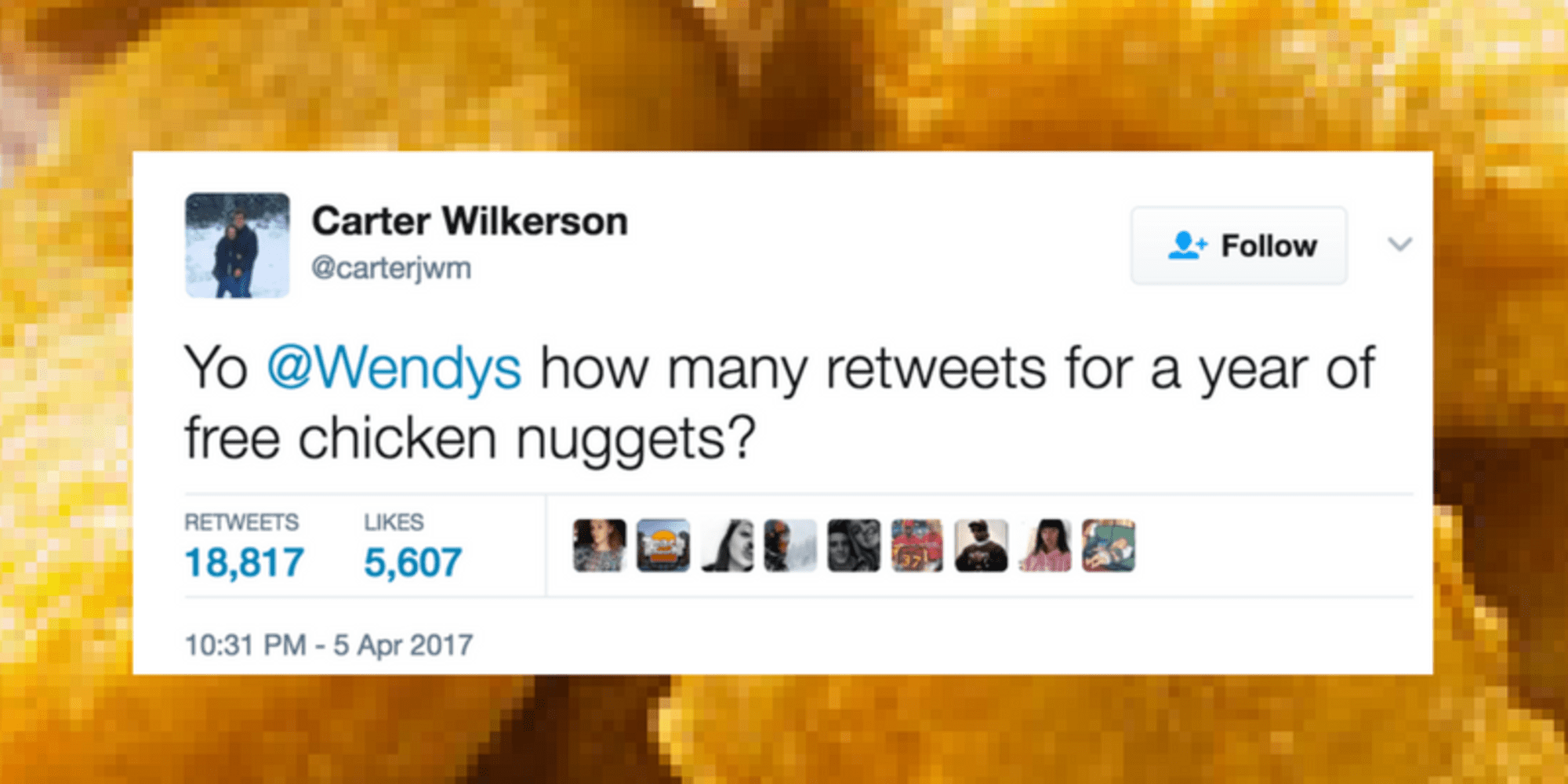 #NuggsForCarter is now the most Retweeted Tweet of all time

It’s official. Carter Wilkerson’s (@carterjwm) call for a year’s supply of free nuggets from @Wendys has become the Tweet heard around the world. With 3.42M Retweets, it has officially surpassed Ellen’s infamous selfie as the most Retweeted Tweet of all time. But how did one high schooler’s plea for nuggets become what’s happening? Let’s take a look at where it all began.

HELP ME PLEASE. A MAN NEEDS HIS NUGGS pic.twitter.com/4SrfHmEMo3

It all started with a simple Tweet from @carterjwm asking @Wendys how many Retweets would be needed for a year’s supply of free nuggets. To which Wendy’s responded, “18 million.”

As he embarked on a journey to reach his goal, the world chimed in to help Carter on his quest. Top brands, celebrities and influencers got behind his efforts, including @tyleroakley,  @debbyryan,  @Zedd,  @marcorubio,  @kathygriffin, @jaketapper, @zaralarsson, @Busyphilipps2, @microsoft, @amazon, and @hollisterco.

Carter Wilkerson has become more popular than ever. On April 1, he had 138 followers. He now has over 100,000, he is officially verified on Twitter, and #NuggsForCarter has a custom emoji featuring a box of Wendy’s nuggets. Carter and his family knew the world stage provided an opportunity for them to do something more than just eat some nuggets. They wanted to make an impact.

As a nod to his success, @Wendys will provide Carter with a gift card for a year’s worth of free nuggets and a $100,000 donation in Carter’s name to the Dave Thomas Foundation for Adoption (@DTFA), which finds loving homes for children in foster care. Carter is raising additional dollars for the cause on his website nuggsforcarter.com.