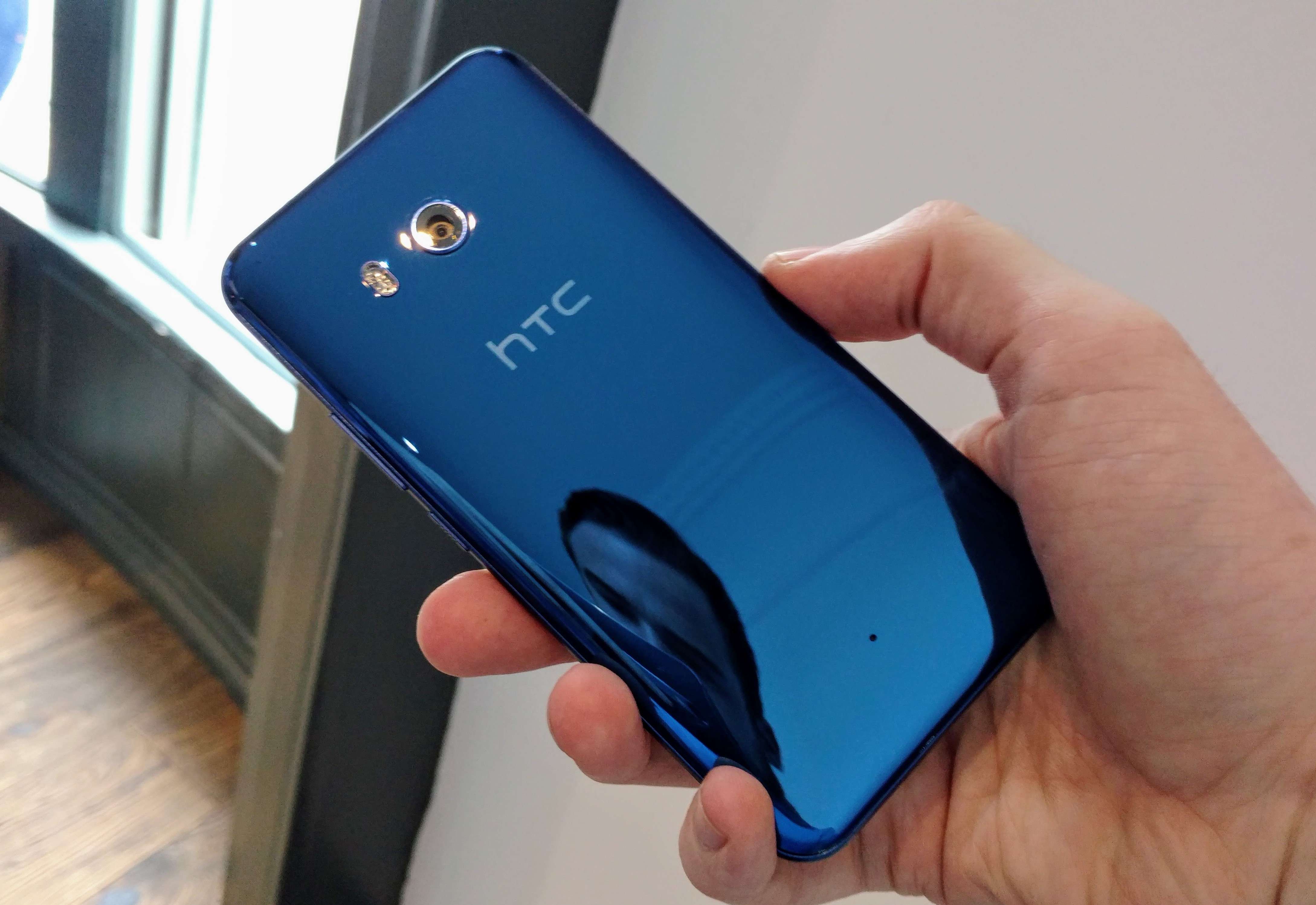 So, after a number of leaks over the past couple of weeks, HTC has finally unveiled its newest flagship in the form of the HTC U 11. Announced at an event in Taipei this morning, we were lucky enough to get some hands-on time with the new flagship from HTC at a pre-briefing event. The new HTC U 11 can be seen as the most impressive sibling in the U family line up and the successor to last year’s well-received HTC 10.

With official teasers from HTC hinting at the ‘squeeze-ability’ of the phone, we finally got to see what they were talking about. The new HTC U 11 has specially-designed technology built into the sides of the phone allowing you to literally squeeze the device to launch apps such as the camera or Google Assistant (with a longer squeeze). It can somewhat be compared to the ‘3D Touch’ found in the latest iPhone screens but on the sides of the device. 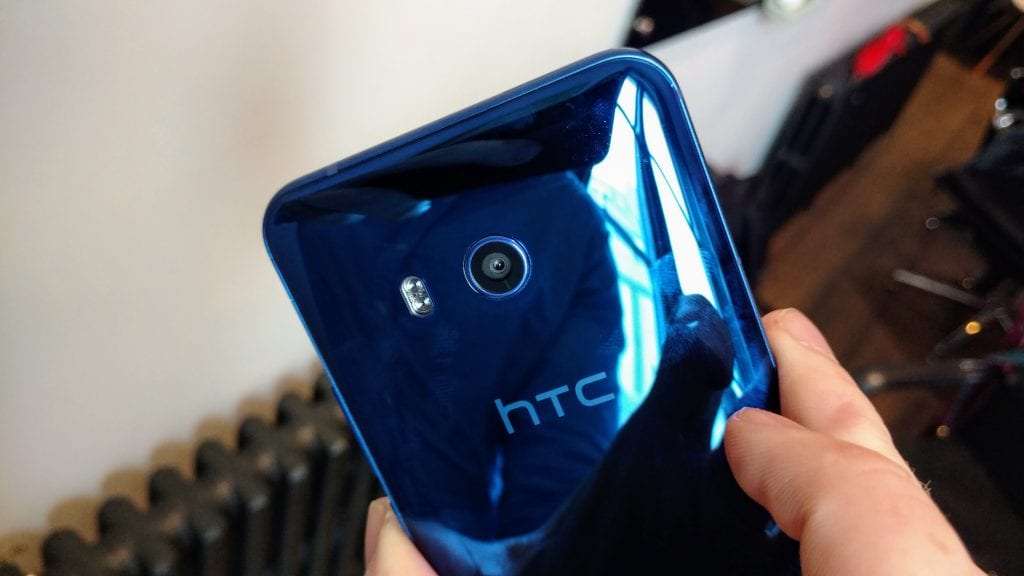 Using this new feature, which HTC are calling ‘Edge Sense’, was pretty intuitive and I can imagine it becoming second nature to launch the camera by simply squeezing the side of the phone. HTC are also going to open up the ability to allow developers to control their apps and their functionality with this new feature also which is pretty cool.

Here are the other key specs of the device with more details below:

So, to start, the HTC U 11 follows the same design scheme as the HTC U Play and U Ultra. With its ultra (pun intended) shiny glass back and rounded glass front, the HTC U 11 really is quite the looker. On the front, you’ve got a 5.5″ QHD Super LCD 5 display with the fingerprint scanner (which is also your home button) along with capacitive back and app-switching buttons. 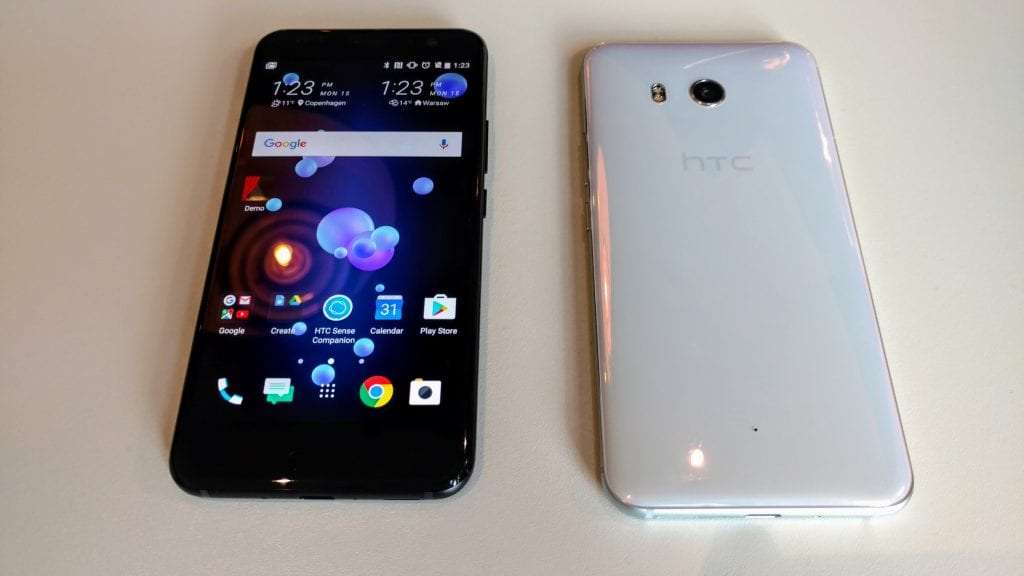 On the bottom of the phone, you’ve got the USB -Type C port and speaker grill. We’ve been told that the phones audio capabilities have been improved and is now set up in such a way that the internal chambers of the phone help add to the overall bass and treble delivered by the speakers. Like the HTC 10, the bottom speaker of the phone will handle bass and the earpiece speaker will handle treble.

On the right-hand side of the phone, you’ve got your power button and volume rocker with nothing on the left hand side. On the top then you’ll find the sim card and MicroSD card slot. Unfortunately, there’s no headphone jack but HTC have made sure that the removal of the port will be less of a nuisance with the inclusion of a USB-Type C – 3.5MM headphone adaptor. 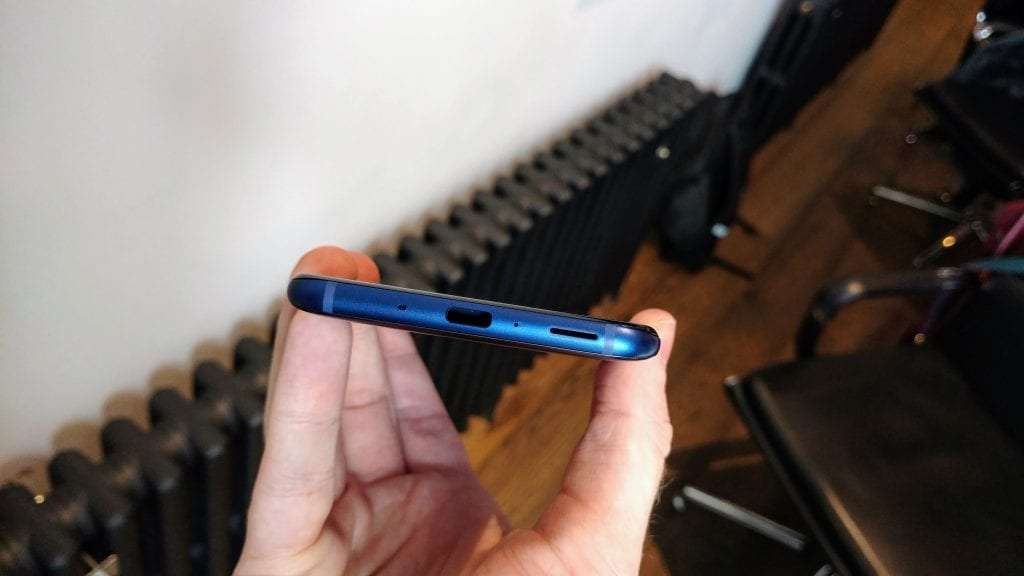 Under the hood, the HTC U 11 is packing the brand new Qualcomm Snapdragon 835 chip (it was actually HTC’s decision to wait and include this brand new chip that resulted in the U 11 not being announced alongside the U Play and U Ultra). There will be 64GB storage which can be expanded with the MicroSD card slot and 4GB RAM. 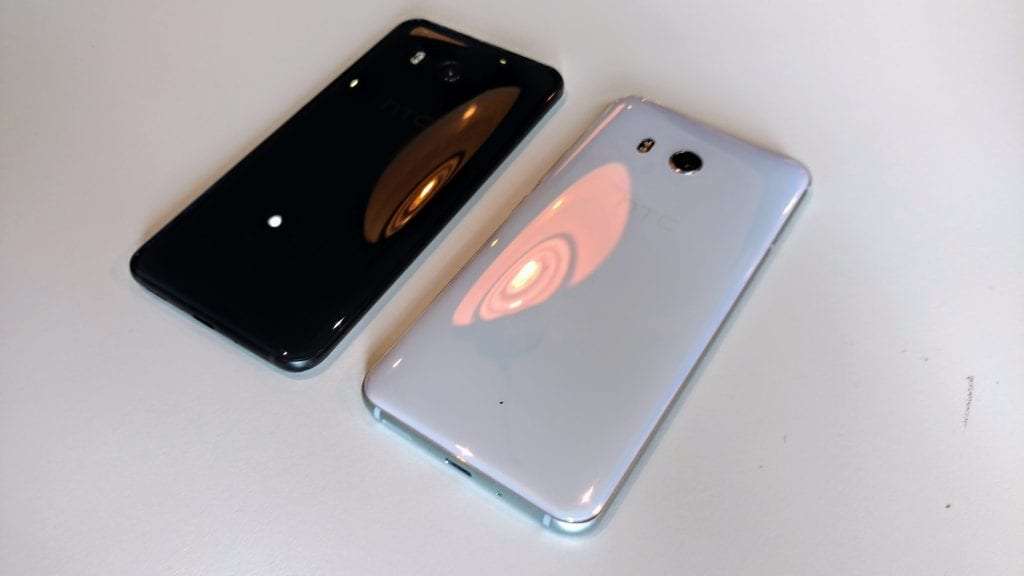 For the cameras, HTC have placed a 16MP camera with Ultrapixel sensitivity on the front and a 12MP camera with the PDAF and ultrafast focusing capabilities on the back. Testing the cameras in the brief time we had with it, they were both extremely fast and responsive and colours appears natural and not blown out. We were also told that HTC are aiming to top the DXOMark table like they did when the HTC 10 released last year.

The device also has a 3000mAh battery, the same as last year’s HTC 10, with Quick Charge 3.0 charging capability.

The HTC U 11 is running Android 7 Nougat and the latest version of HTC Sense UI. The phone will also have Google Assistant built in with the option to install Amazon’s Alexa assistant coming in the Summer. HTC have told us this is the world’s first phone to have multiple AI assistants running side-by-side on one device along with their own custom AI assistant. 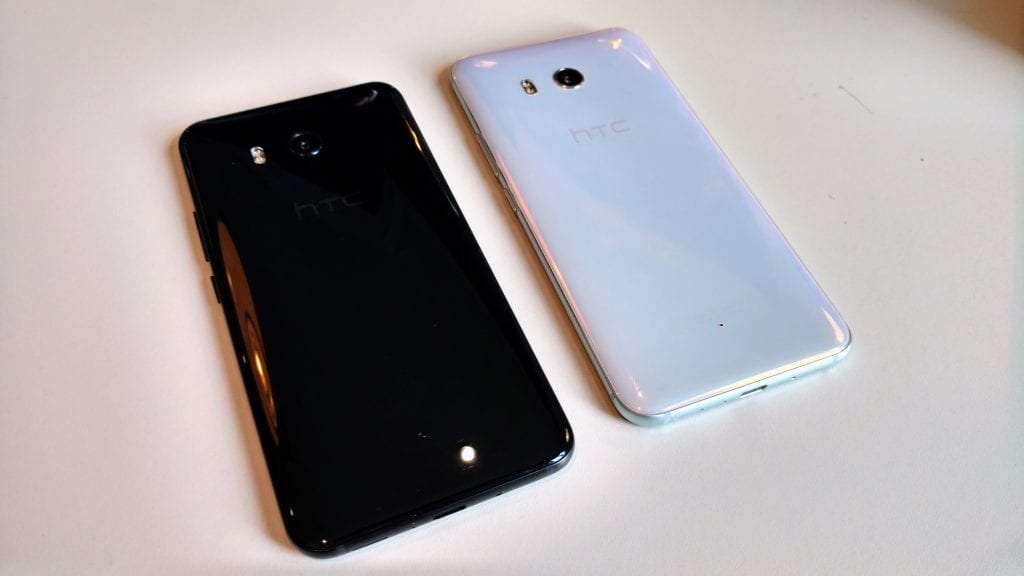 The device also has some impressive audio tricks up its sleeve with the ability to record 3D audio and the pre-bundled headphones’ ability to fine tune the audio profile to match the audio preferences of the user. The new U Sonic headphones – already among the best we’ve ever seen bundled in the box with a phone – have been upgraded again to include active noise cancellation, so you’ll get unparalleled quality booming into your ears.