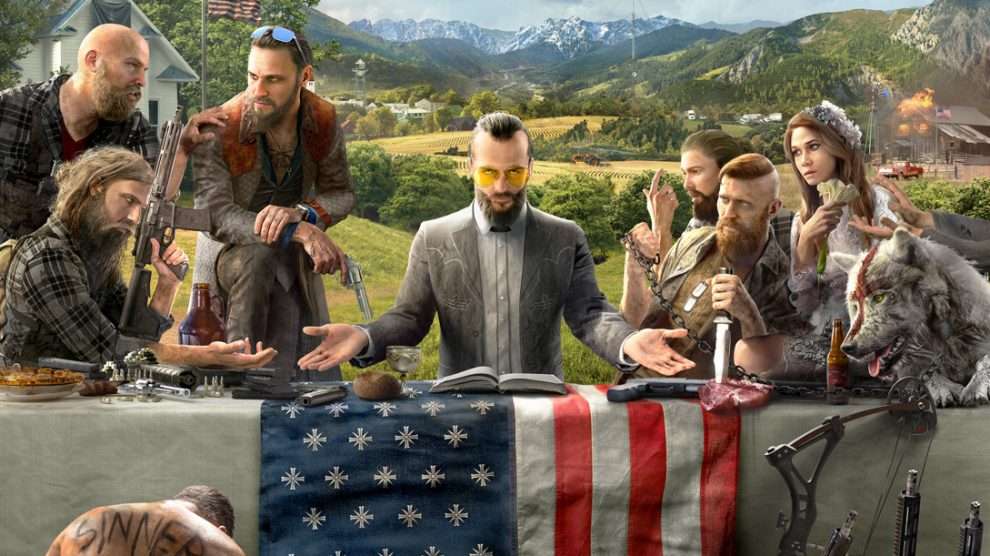 Ubisoft has just released not 1 but 4 new trailers for their latest installment in the Far Cry Franchise. Set in modern day Montana, N. America, in the fictional area of Hope County, Far cry 5 will see you fight against religious fanatics who are determined to take over a little piece of the American West.

In Far Cry 5, You play a sheriff’s deputy caught up on a between the US marshal service and an extremely dangerous cult. You’ll be supported by your allies Pastor Jerome Jeffries, Mary May and Nick Rye.

The main antagonist is Joseph, the leader of a cult called Eden’s Gate, who’s iconography is dangerously close to that of Nazi Germany. It’s his goal to take pack this part of America by any means necessary.

Your enemies in the game are just your typical rural Americans, albeit ones who are hell bent on killing you!

Anyway, that’s enough talking out me, watch the trailers for yourself and let us know what you think of the next installment in the Far Cry series below.