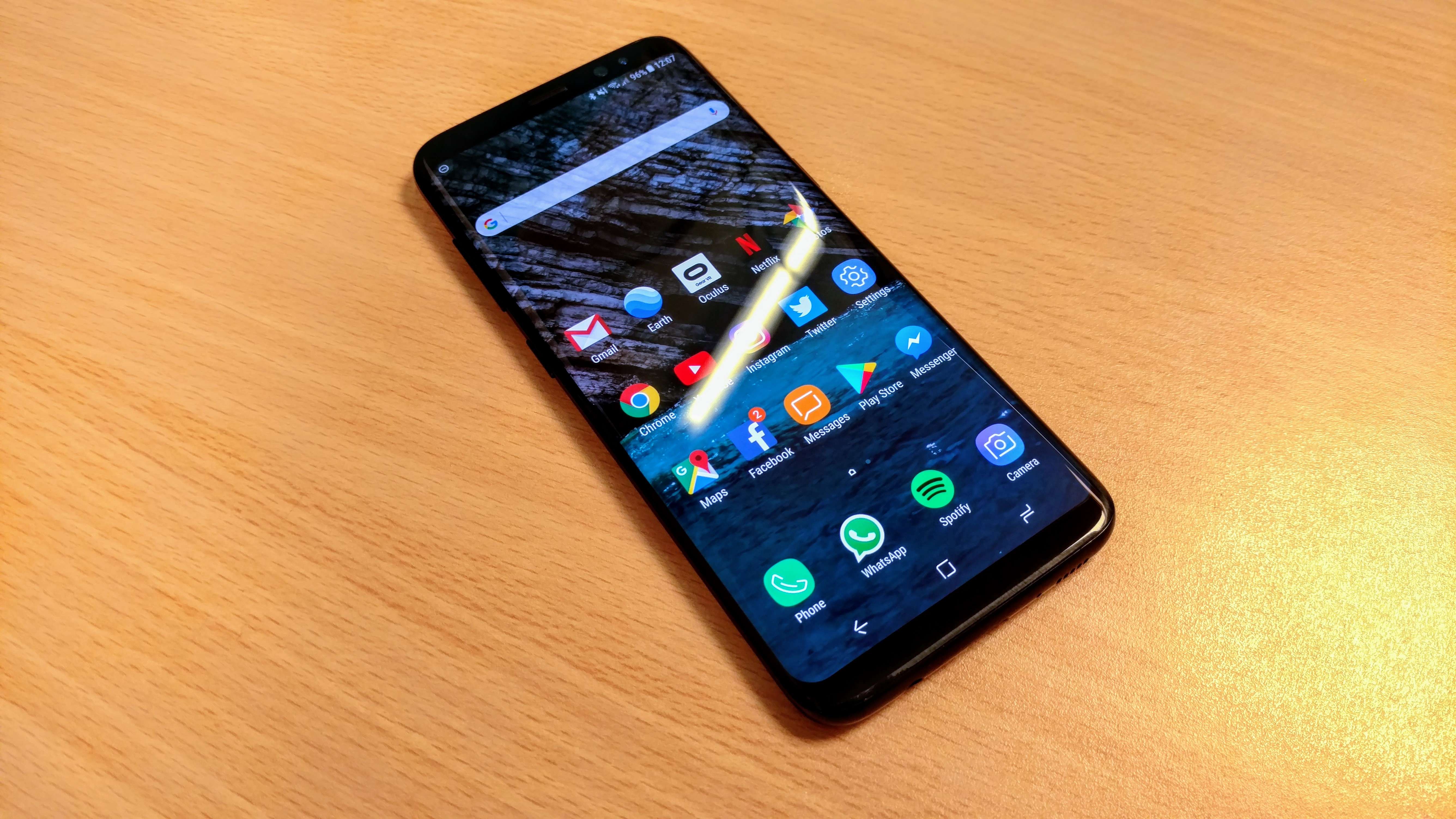 Now that Samsung’s latest and greatest flagship smartphones, the Galaxy S8 and S8+, are available pretty much everywhere, we thought it was time to give our thoughts on the devices. Having had a chance to get some hands-on time with the phones at a pre-launch event in London in March, we’ve also been playing with the Galaxy S8 for the last couple of weeks and put it through its paces. Is it worth its high price? Does it keeps its cool? (ahem) and should you upgrade? Read on to find out our review of the Samsung Galaxy S8.

“This is definitely the best screen we’ve ever seen on a phone.”

There’s no denying that Samsung has really put itself at the front of the pack when it comes to hardware and design of their latest flagship devices. The Galaxy S7 and S7 Edge were both fantastically well-made phones, and somehow Samsung has managed to improve the build quality once again with the S8 and S8+.

The phones are a beautiful mix of metal and glass with jaw-dropping screens. What Samsung are calling “Infinity Displays”, the screens on these devices flow flawlessly over the left and right sides of the device and stretch almost all of the way to the top and bottom also. The technical wizardy Samsung has used here to make an almost bezel-less screen really is impressive. The colours are rich but not over-saturated and, given that it’s a HDR Mobile display, everything really pops off the screen. This is definitely the best screen we’ve ever seen on a phone. 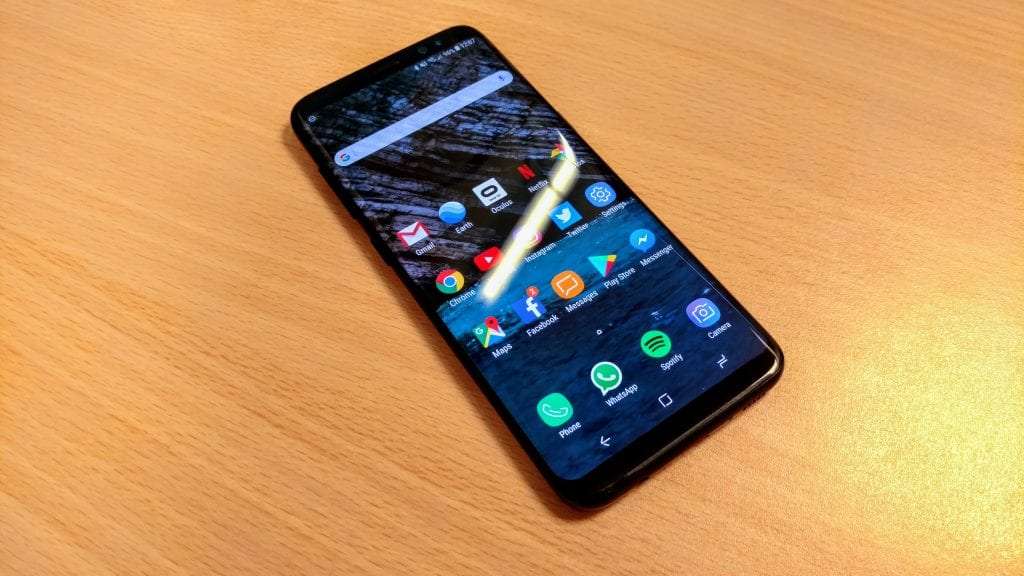 On the right of the phone, we’ve got the unlock button, on top you can find your sim and MicroSD card slot and on the left is your volume rocker and dedicated Bixby AI Assistant button, (more on this later). On the bottom then is the USB Type C charging port and, thankfully, they’ve also left the headphone jack intact. There’s also the speaker grill which again, like the S7 is only okay and can be easily blocked when listening to music, watching movies and playing games. We really wish Samsung had gone down the same route as the iPhone 7 & 7 Plus and turned the earpiece speaker into a fully functioning loudspeaker so as to create a stereo speaker set up. 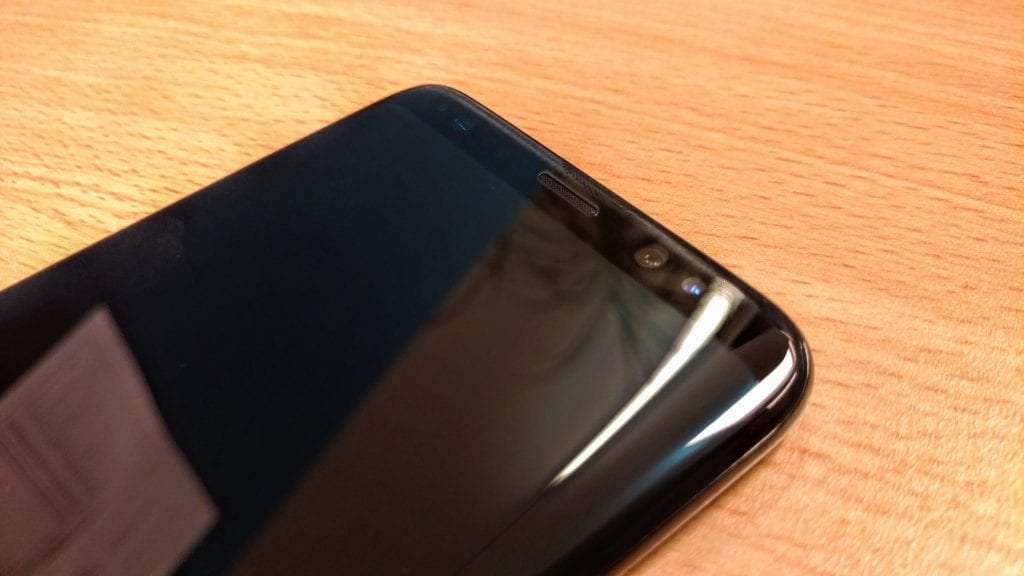 Around the back of the phone, you can find the contentiously placed fingerprint scanner which is precariously close to the 12MP camera lens. Thankfully, I didn’t find the placement all to difficult to reach but, for people with smaller hands, I can understand their frustration. 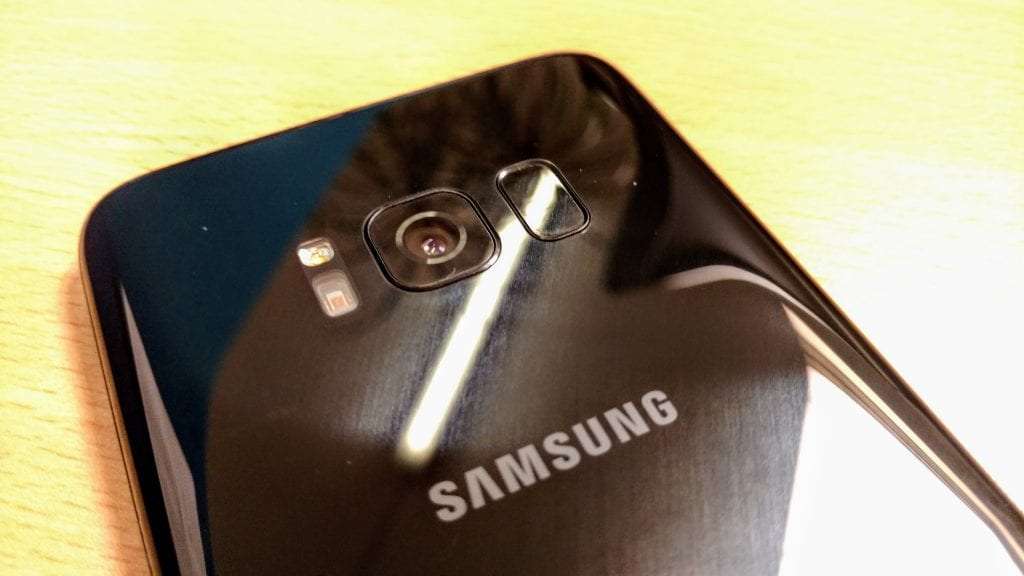 On the front panel, you’ve got your upgraded 8MP autofocus selfie camera, iris scanner and cleverly implemented home button which is actually placed at the lower end of the phone behind the touchscreen. Somewhat like Apple’s 3D touch tech, the lower part of the screen is pressure sensitive so allows you to press firmly on this section to unlock the phone.

Under the hood, there’s Qualcomm’s latest Snapdragon 835 chip along with 64GB of storage and 4GB RAM. All of this adds up to an extremely powerful and competent piece of kit.

“With a cleaner, more intuitive layout and styling, the S8’s user experience is definitely much improved.”

The Galaxy S8 is running Android’s latest version of Android, 7.0 Nougat, with its most refined version of TouchWiz on top yet. Samsung really appear to have listened to consumers comments on the heaviness of previous iterations of their custom UI skin and the S8 seems to be all the better for it. With a cleaner, more intuitive layout and styling, the S8’s user experience is definitely much improved. Going back to Bixby, this is Samsung’s first proper entry into the AI assistant market and unfortunately, it’s off to a bit of a stilted start. As you may have heard, the voice commands functionality for the service are delayed so we didn’t get a chance to test it out on our unit but it is said to be coming soon, but only to Korea and North America first.

What we did get to test though was Bixby Hello which can be compared to Google Now’s card feed. It’s made up of recent pictures, events, app suggestions, reminders, news and more. I can definitely see this being a useful addition for anyone looking to go all in with Samsung’s ecosystem but, for me, I’ll be sticking with Google’s own offering until Bixby’s abilities become more comprehensive.

Security is obviously a huge part of modern day technology and Samsung is extremely aware of this with the multiple ways it allows you to unlock the phone. To start, you’ve got the classic pin or pattern set up, then there’s the fingerprint scanner like most over modern smartphones and now, Samsung has also included an Iris scanner and facial recognition software and hardware to allow you unlock your phone quicker than ever.

If you recall the Note 7, you’ll know that this was actually Samsung’s first phone to include an iris scanner but we all know what came of that device. Thankfully, they’ve decided to reintroduce the tech to the Galaxy S8 and S8+ and it works extremely well, even in low light.

“The Galaxy S7 had a fantastic camera to begin with so, being honest, we’re happy Samsung haven’t done too much messing around with it.”

So, this is actually one area of the phone that didn’t necessarily get all that much of an upgrade, for the back camera anyways. Like its predecessor, the Galaxy S8 is packing a 12MP shooter on the back, which is said to have been tweaked to allow better low-light imagery and contrast levels. The Galaxy S7 had a fantastic camera to begin with so, being honest, we’re happy Samsung haven’t done too much messing around with it. The images we captured were clear, sharp and well contrasted. There’s also the Pro mode which allows you to tweak the settings even more but we found the auto mode more than capable. Below are a sample of the images we took with the phone. 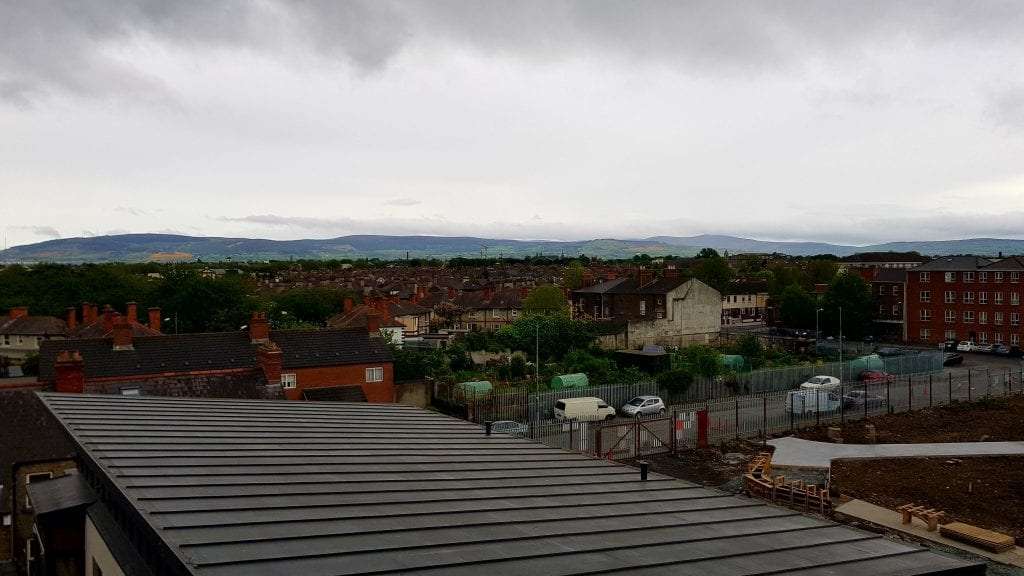 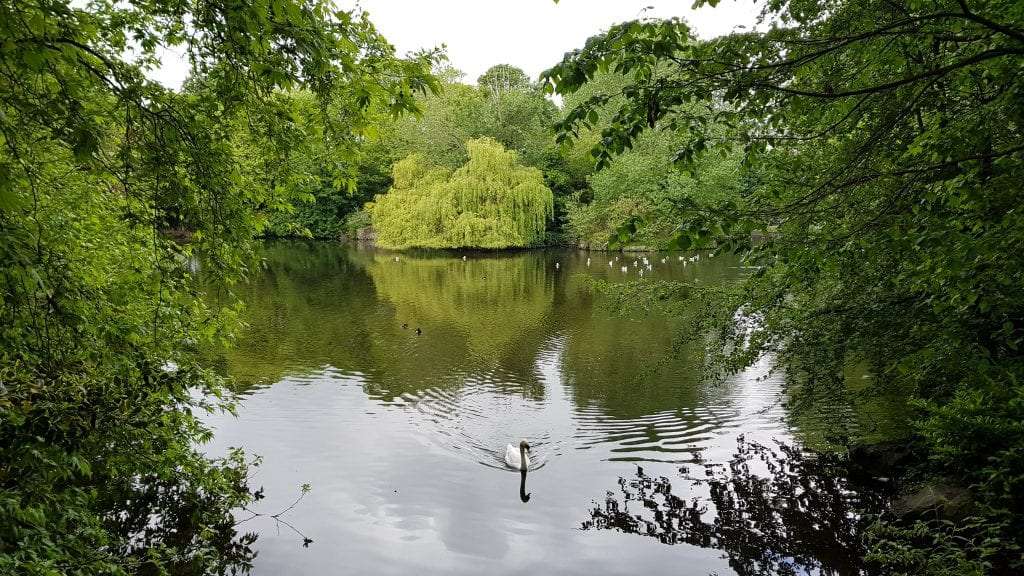 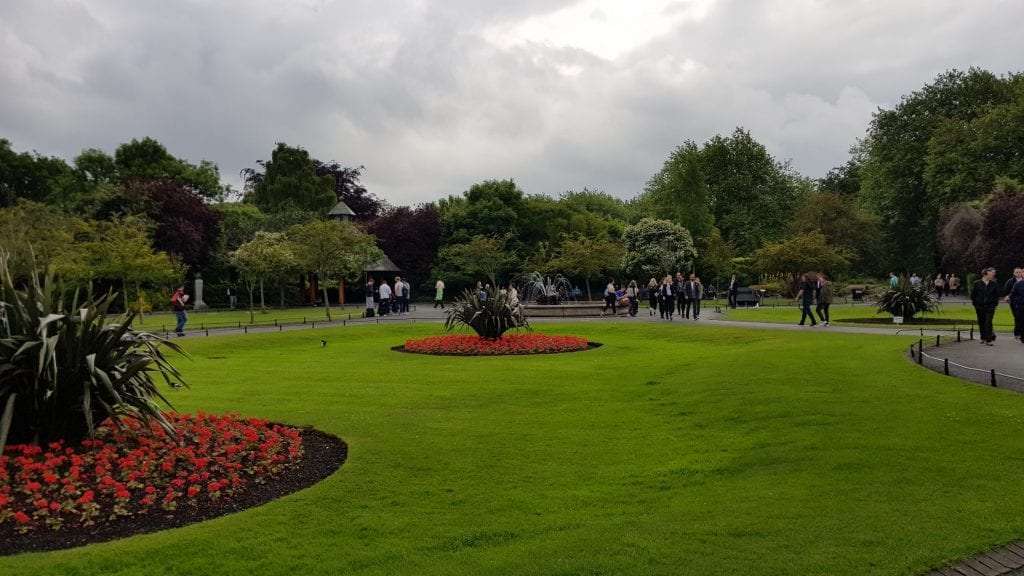 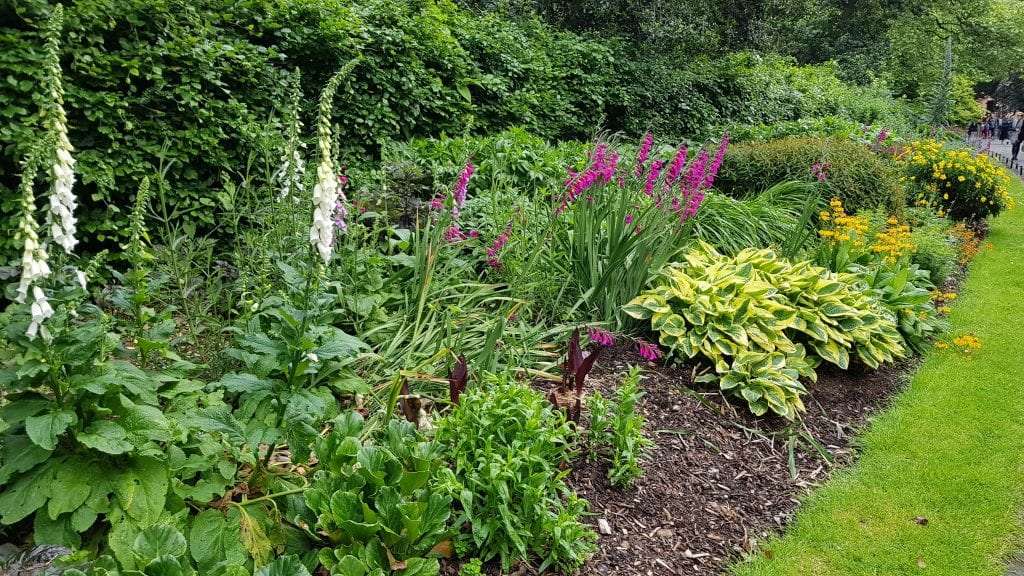 As I previously mentioned, Samsung did however upgrade the front facing shooter to 8MP with autofocus and we were really impressed  with what it was capable off. Samsung have also taken a leaf out of Snapchat’s book with the inclusion of their very own ‘mask filters’. 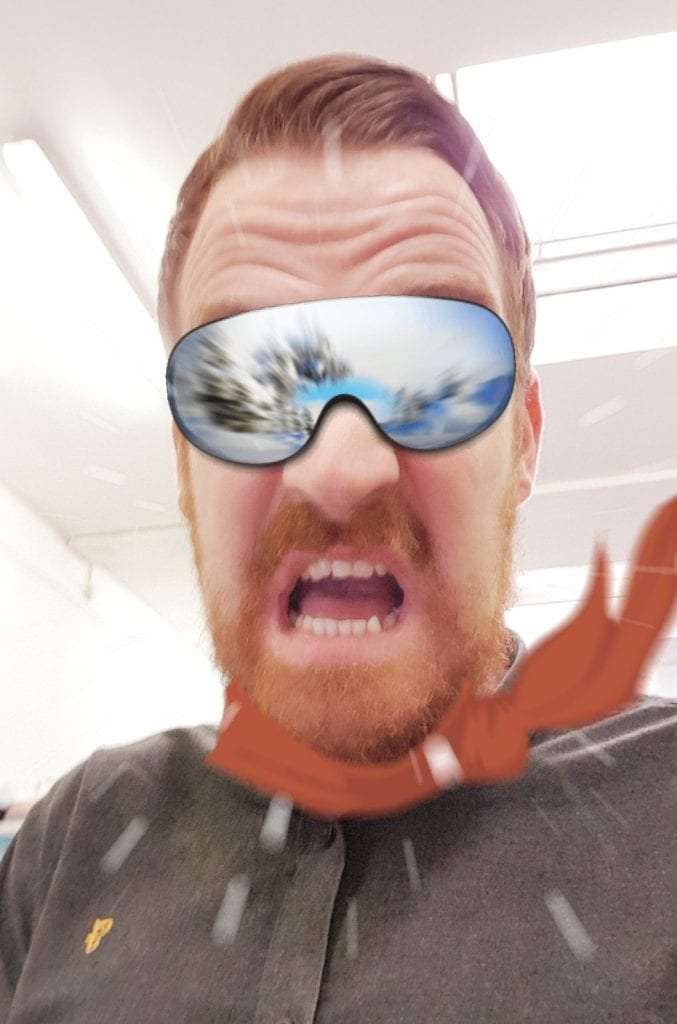 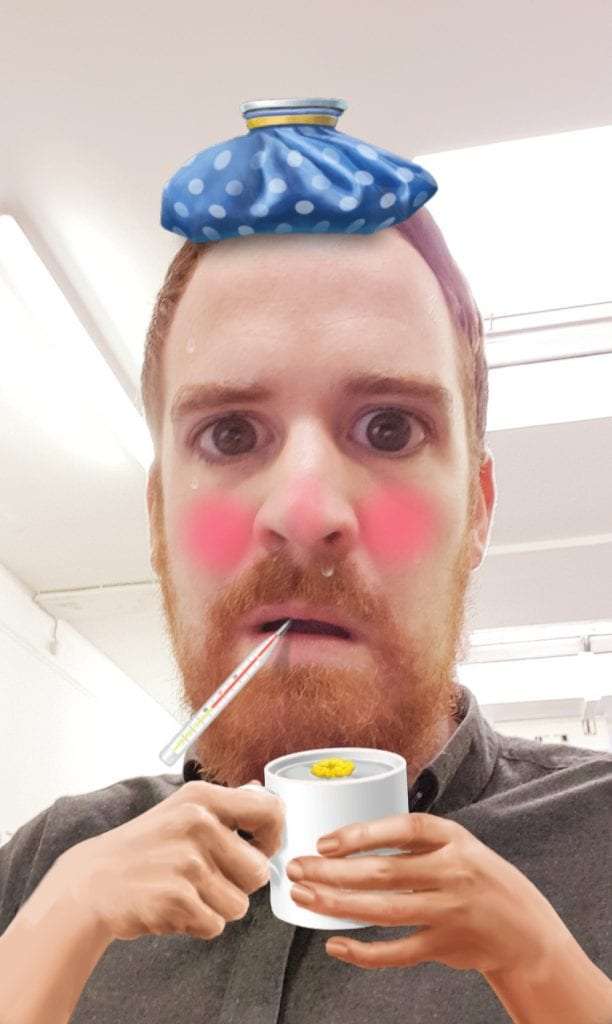 Both these cameras are extremely capable at capturing clean, crisp images and with the speed of the Snapdragon 835, capturing these images was quicker than ever.

“…we were extremely surprised at just how well it held up.”

The Galaxy S8 is packing a 3000mAh battery which, on paper, seems more than enough but if you take into account the device’s 5.8” Quad HD+ HDR-ready display, some people may be worried by the outcome. Having used the phone for nearly two weeks now, both as a straight up smartphone and also as a VR capable device when mounted in the new Gear VR headset, we can say we had no issue whatsoever with the battery. In fact, we were extremely surprised at just how well it held up.

During one VR session, we used the headset for 3 hours straight and the battery only dropped by 20%, which we thought was incredible given how much work the device was doing to keep the whole show running. For every-day use, you should have no issue and given that the phone comes with Qualcomm’s QuickCharge 3.0 and wireless charging, you should be able to top up your battery in next to no time if needs be.

In the end, the Samsung Galaxy S8 is one of the best phones we’ve ever tested. It’s obviously not without its flaws but when you consider just how much it can do and how extremely well-built it is, Samsung really has created the smartphone to beat right now.

The Samsung Galaxy S8 & S8+ are available now on all major Irish mobile networks and you can find out more about both handsets here.