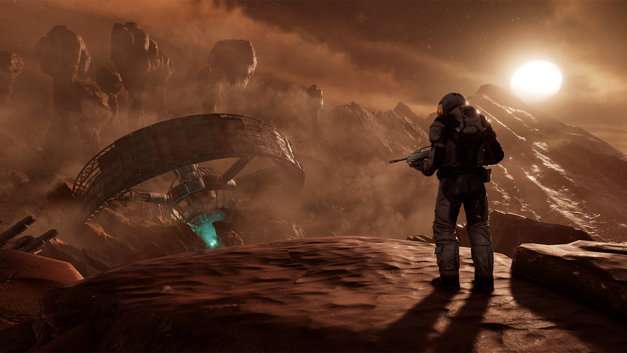 The day has come and one of PSVR’s flagship titles is now available. Farpoint, from Impulse Gear game studio has arrived on Sony’s VR headset along with a brand new peripheral in the form of the PSVR Aim Controller. 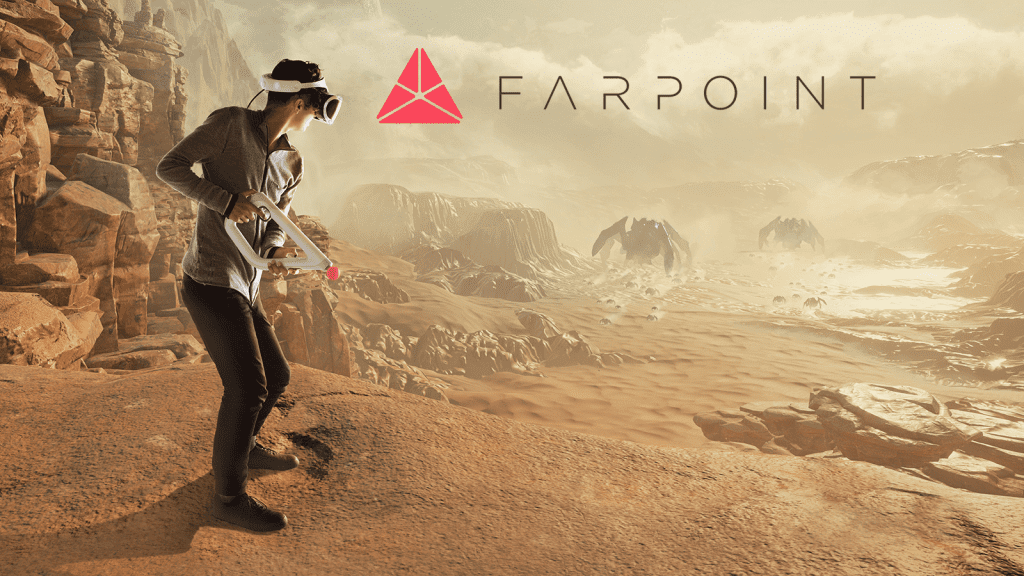 Looking at the current catalogue of PSVR games, not many of them have been built exclusively for the Move controllers but there’s no denying that the traditional PS4 controller just wouldn’t cut it for a truly immersive PSVR first-person shooter title. Enter the PSVR Aim Controller, a completely new product to be used with the PSVR headset to offer the best experience possible when playing its first compatible title, Farpoint. 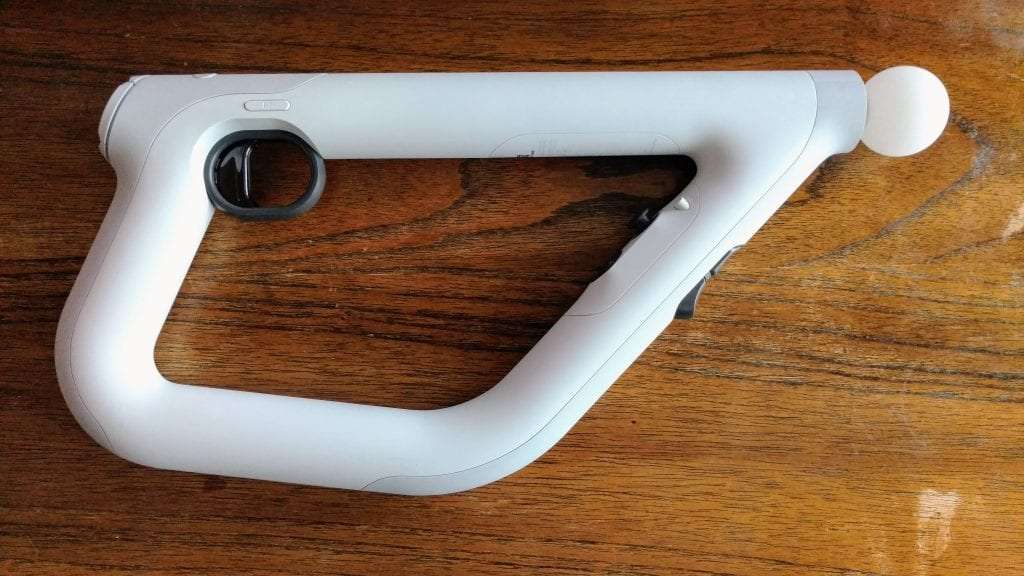 It must be noted though, Farpoint can be played with the PS4 controller but Sony really want gamers to know that the best way to play the title is with the new Aim controller. Quite futuristic in its design, the Aim controller compliments the design aspects of the PSVR headset itself. The device has all the buttons and hardware features you would expect built in and allows you to control your console like you would with a normal controller. 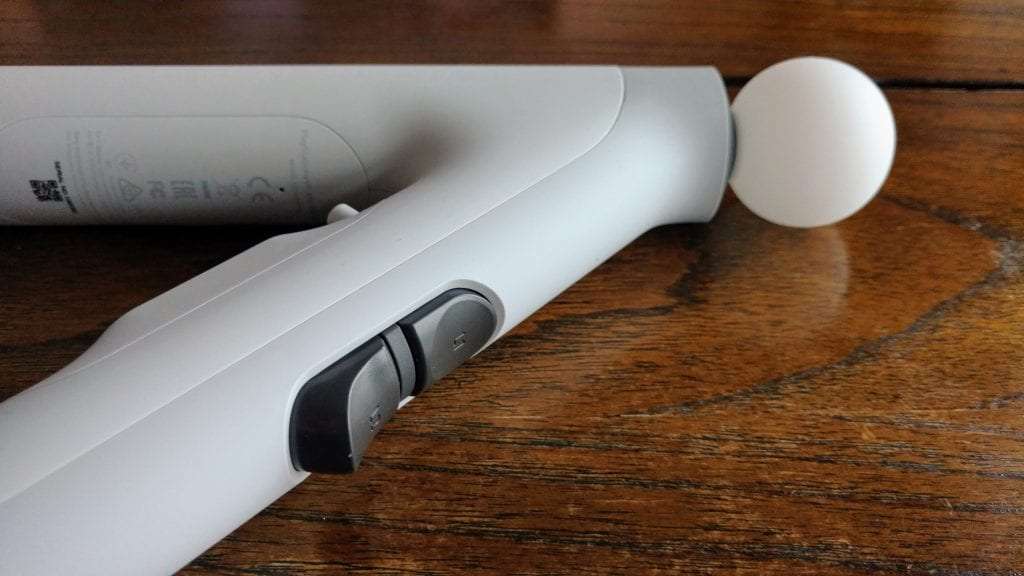 All of the buttons found on the Dualshock 4 controller are understandably included on the Aim controller and have also been cleverly positioned to make them as easy to reach as possible, seeing as you won’t actually be able to look at the device whilst using it. 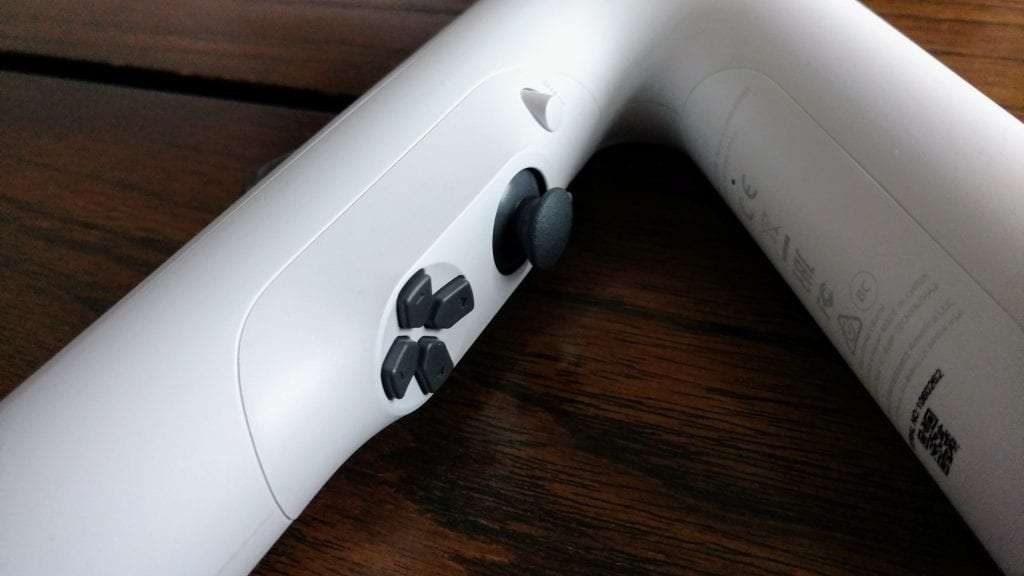 Once you enter Farpoint though, the controller becomes its different beast as its mapped in real-time and is digitally transformed into a futuristic, almost Halo-esque looking piece of kit. Being able to twist and turn the device in the real world and inspect its virtual counterpart via the headset really is the stuff of childhood dreams. 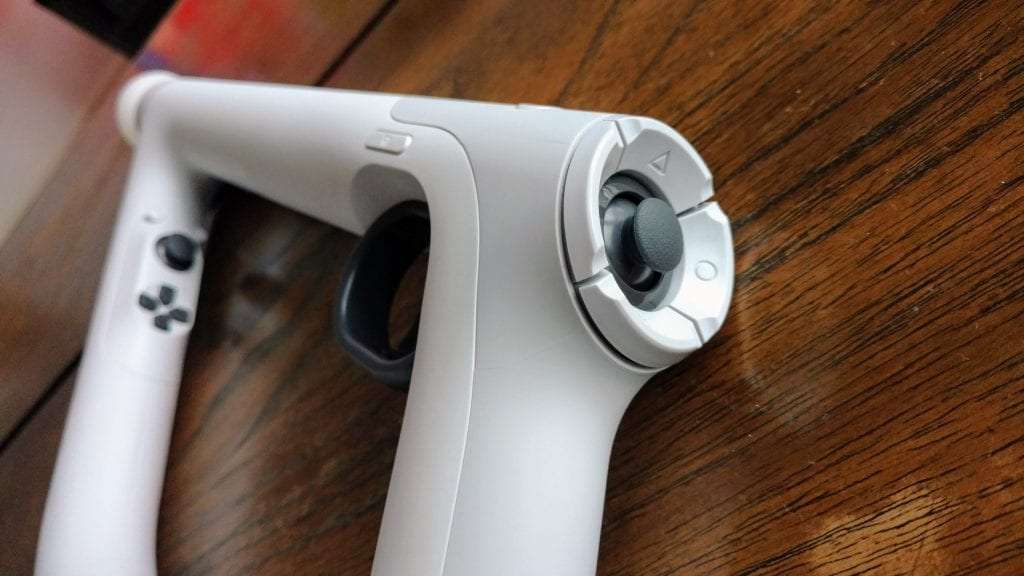 So the Aim controller is an impressive piece of kit – but what about its first compatible game? Farpoint, which Sony really has been pushing as one of the flagship titles for its headset, is a space-based sci-fi first-person shooter that doesn’t veer too much from the path. With its straight-forward story and mash up of various pop culture references and homages, Farpoint isn’t going to be changing the FPS rulebook but definitely leads the way when it comes to FPS games in VR.

For the single player campaign, I clocked up about 6 hours in total which is quite impressive given that most PSVR users will realistically only play solidly for a couple of hours. I must admit though, even though 6 hours doesn’t seem like much in comparison to other AAA first person shooter campaigns, it definitely felt a lot longer in the headset and I mean that in a good way. 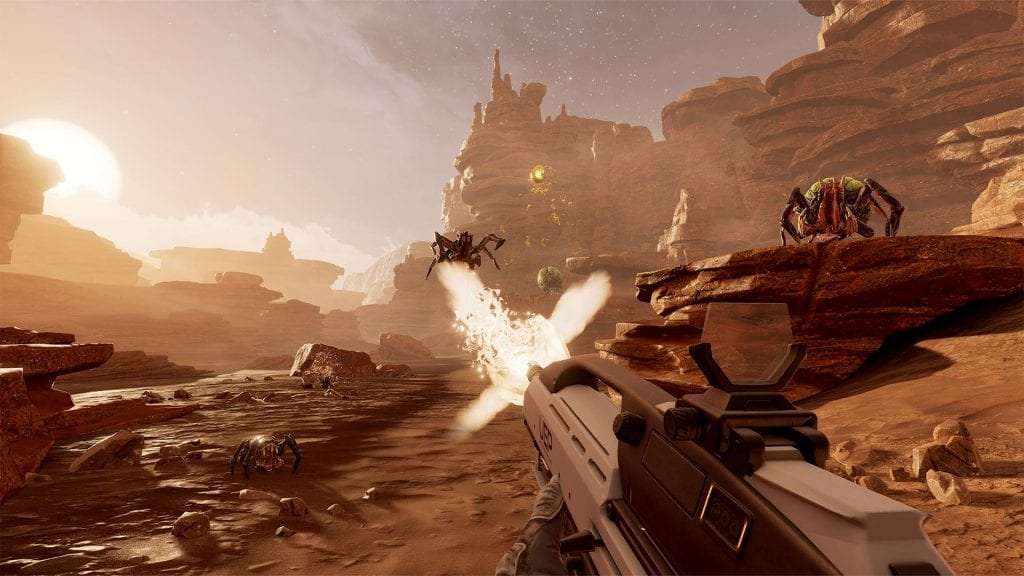 The immersion level is second to none and, using the Aim controller on top of this, you really lose all sense of time and gameplay duration. The campaign is also well balances with moments jumping between quiet sections of surveying the alien landscape to intense, edge of your seat firefights.

In terms of gameplay, Farpoint is a serious amount of fun. Being able to wave around your virtual assault rifle whilst firing off endless rounds never really gets old. Neither does the ability to literally bring the Aim controller up to your face to peer down the virtual scope in game, it just works. 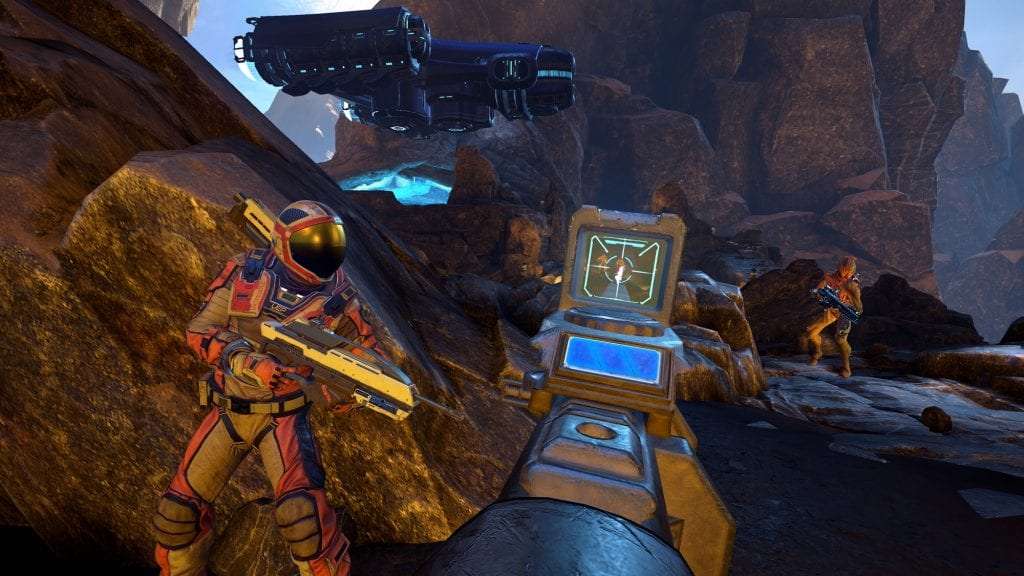 One thing which still needs a bit of work is movement. This isn’t Farpoint’s fault as all VR games are still trying to understand the best mechanics for VR movement. One thing they do get right though is the number of options that are available for players when it comes to turning movements. You can chose to lock your turning movement or go all the way up to the ‘smooth’ option which many believe is the most nausea-inducing one of them all.

I, for one, don’t mind the smooth turning but can understand how it would make other users quite sick. It’s just a matter of getting your ‘VR legs’ and getting used to the choosing the movement option that suits you best. 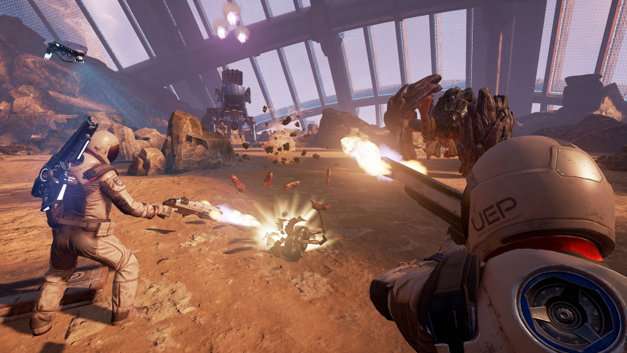 Throughout the campaign, you’ll get the chance to try out a selection of different firearms. What’s really cool about this though is the way in which you switch between them. You simply raise the Aim controller up to your shoulder and bring it back down, just like you would if you were switching between actually guns mounted on your back. The whole motion is intuitive and works really well overall. It’s touches like this that help to immerse you even more in the world.

Running on Epic’s Unreal Engine 4, Farpoint is one of the better looking PSVR titles I’ve tested to date. It clear the guys in Impulse Gear studied how far they could push Sony’s headset and have developed a truly believable virtual world. The character models and cinematic cutscenes are some of the best I’ve seen in a VR title with believable facial animations and movements. 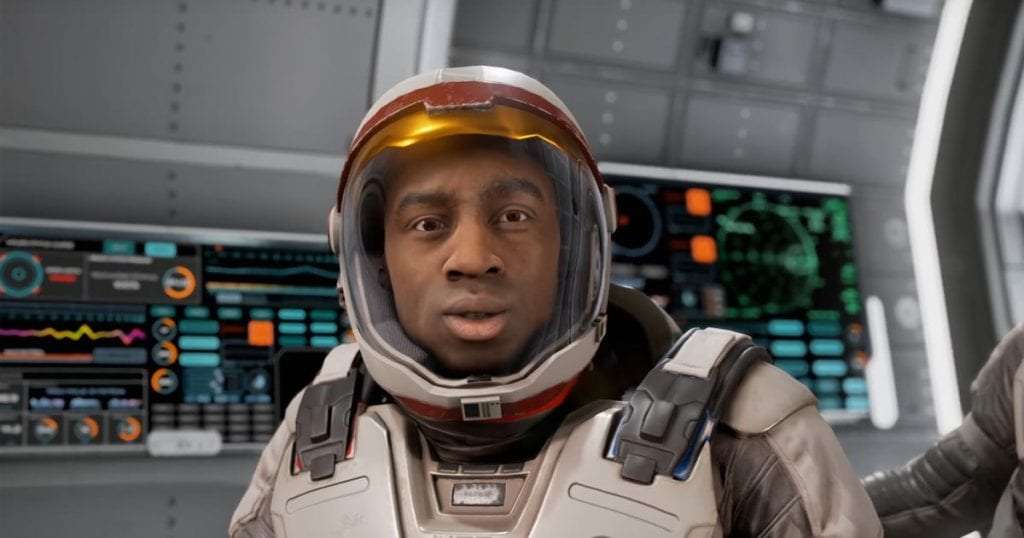 The sense of scale delivered is also quite impressive and I found myself stopping a number of times just to take it all in. Running on a PS4 Pro, Farpoint’s level of detail is fantastic and the draw distance is very good too. 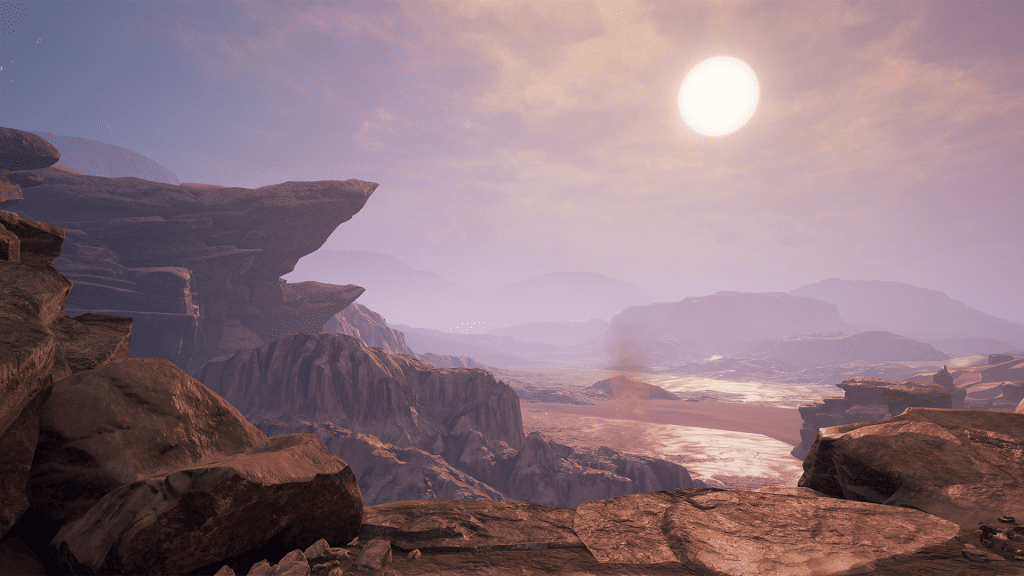 In terms of multiplayer, your options are somewhat limited. What is included are co-op levels which allow you to team up with another online plater to take down waves of aliens together. This was really good fun and being able to play in a virtual playground, taken down aliens, one after another, with another human being really is a massive USP for VR gaming.

As I said at the start, Farpoint is fully playable with the normal Dualshock 4 controller but I highly recommend you pick up the Aim Controller bundle. Understandably, this adds to the overall cost but it really take Farpoint from being just okay to pretty great. Impulse Gear have crafted a fine PSVR FPS title and one any self-respecting VR enthusiast should try. 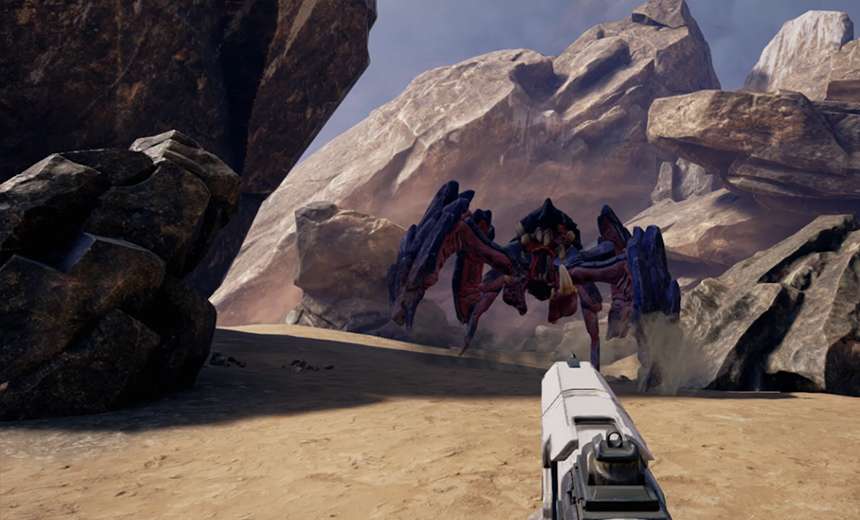 P.S. Sony has stated that future PSVR titles will make use of the Aim Controller so it’s a worthwhile investment.