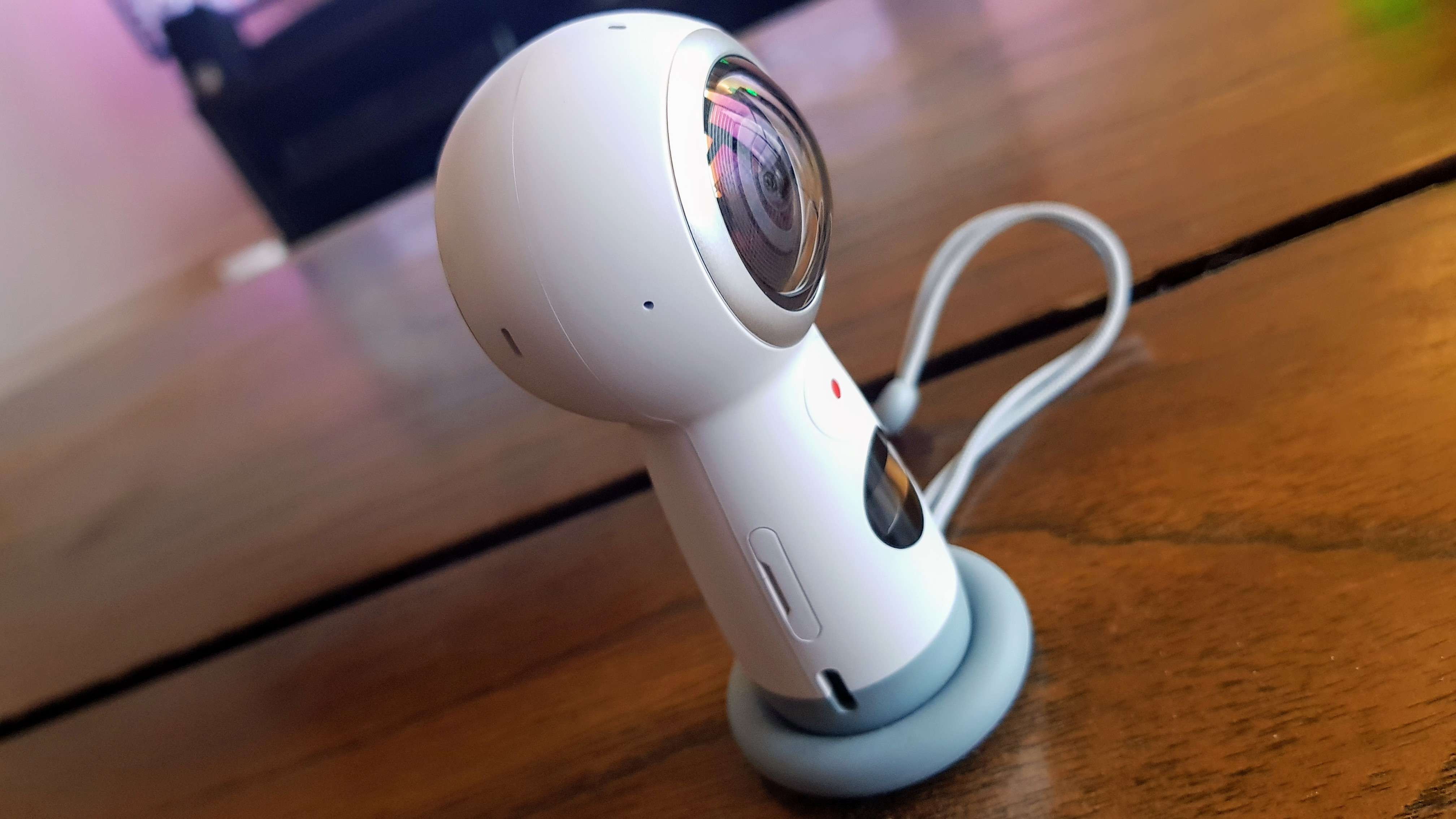 So, not only did we get to play with the new Samsung Galaxy S8 for the past couple of weeks, we also got some hands on time with their new revamped, redesigned 360-degree camera: the new-for-2017 Samsung Gear 360. 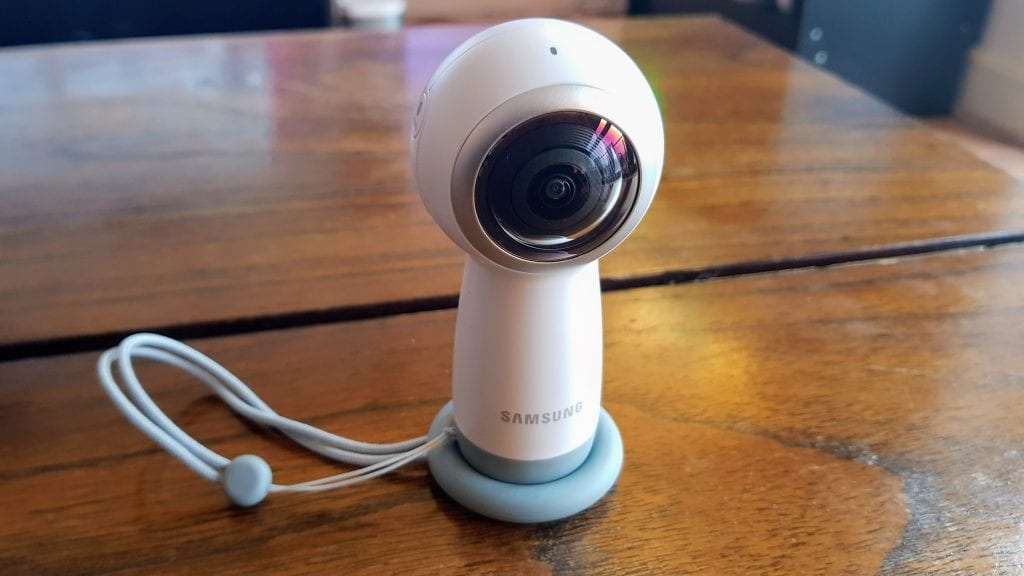 The most immediately obvious change to last year’s 360-degree camera is in the design, with the golf-ball-and-tripod arrangement replaced by a more organic shape. There’s still a tripod thread on the base of the new Gear 360, but the handle is now part of the body of the camera, merging seamlessly into the part that houses the twin lenses. 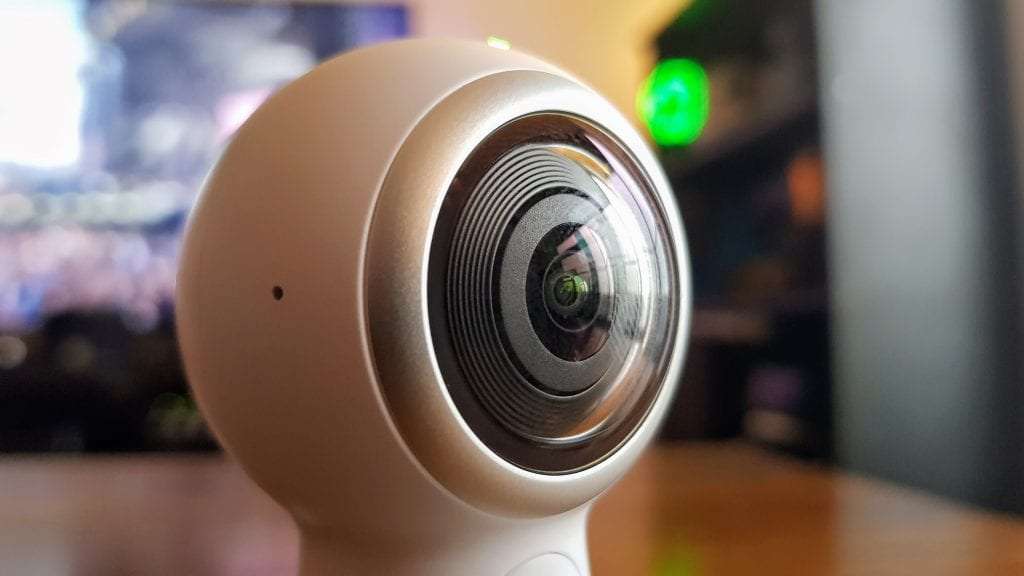 This design does make more sense than before, and makes the camera more comfortable to hold and operate. The moulded grip sits nicely in your palm and the Record button falls under either your trigger finger or thumb, depending on which way around you hold the camera. 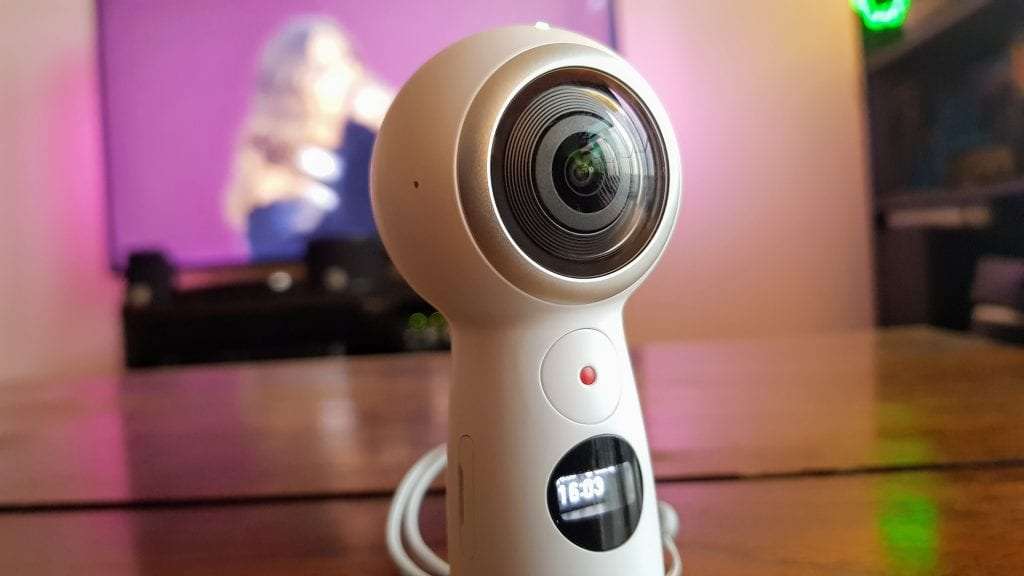 However, I’m none too keen on the fact that the camera doesn’t stand up too well on its own. Recognising this, Samsung supplies a rubber ring in the box that can be attached to the camera with a lanyard and fits around the base to provide a more stable base. This is far from ideal, however.

The camera is also capable of recording 4K 360-degree footage (at 4,096 x 2,048 that’s a slight improvement on last year’s model) and 15-megapixel stills via its twin fish-eye 8.4-megapixel cameras. However, the most important new feature is its ability to live-stream 360-degree video via YouTube, Facebook and Samsung VR.

This, Samsung believes, will provide the tipping point for acceptance of 360-degree video, as people begin to share more and social media platforms become involved. And, in 2017, it stands a bigger chance than ever, for the sole reason that Samsung is opening compatibility up to other brand’s smartphones. 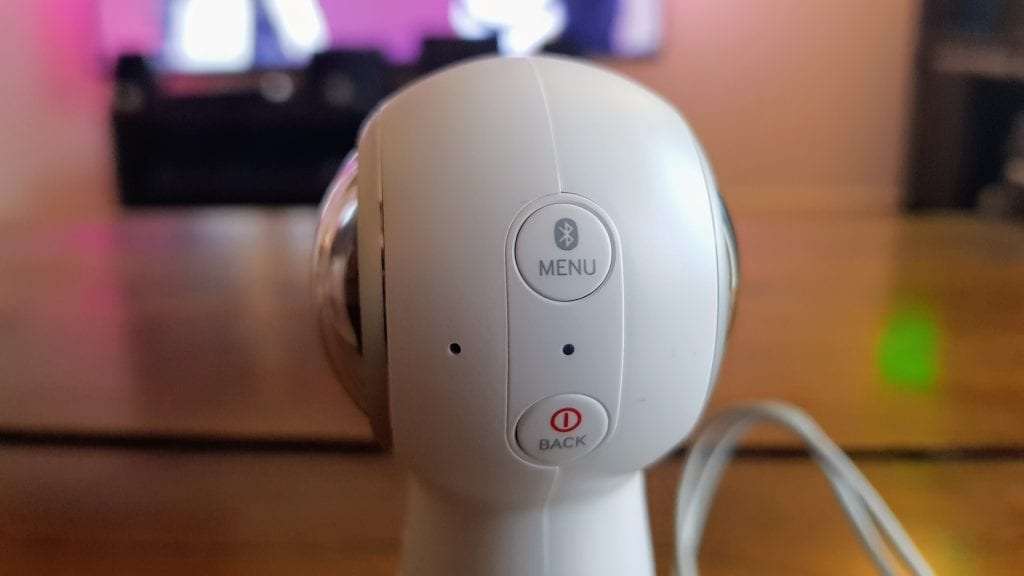 Notably, the new Gear 360 will work with not only a selection of Samsung handsets, but it will also “offer greater compatibility” with the iPhone 7, iPhone 7 Plus, iPhone 6s, iPhone 6s Plus and iPhone SE, as well as Windows and Mac machines.

Otherwise, the new Gear 360 looks to be very similar to last year’s model. When not streaming live video, it can store both video and stills to microSD card – the slot’s under a flap in the camera’s handle – and there’s a circular POLED display to show status and display the mode you’re in. All the sharing features and 360 stitching will take place on your phone.

Overall, we really enjoyed our time with the device and it’s great to see Samsung continously upgrade their Samsung Gear hardware offerings.