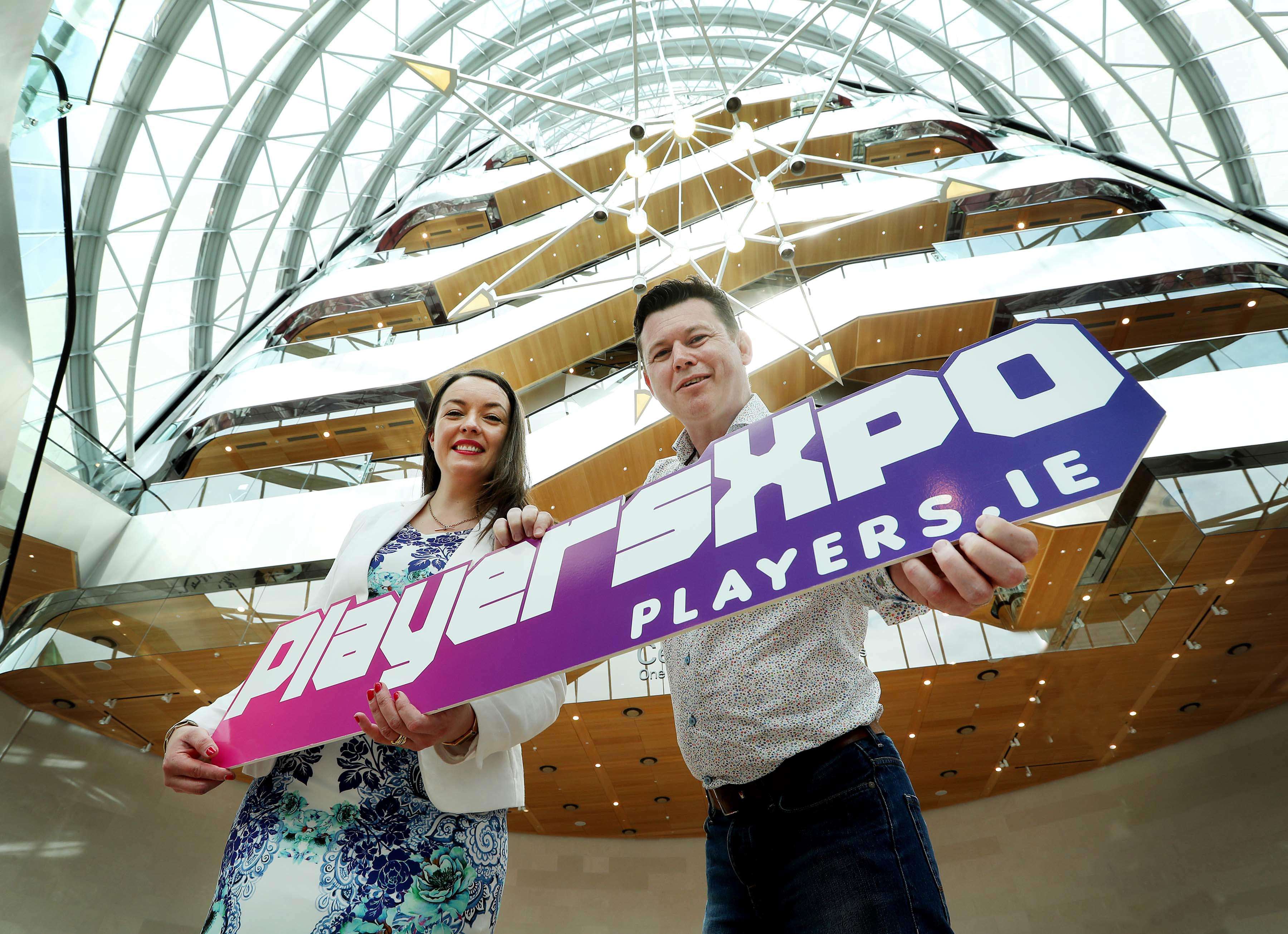 First Ever PlayersXpo Coming To Dublin In October

Hot on the heels of the questionable running of GamerCon in Dublin in March, INM have teamed up with ex Gamestop Ireland co-founder, Mick Finucane to bring their very own gaming-focused event to the Convention Centre Dublin.

Happening on October 28th and 29th, the very first PlayersXpo will see roughly 20,000 gamers descend on the capital to a weekend of all-out gaming. With a number of Irish gaming personalities already announced and more national and even international names in gaming to be announced in the lead up to the event, this sounds like it could be your go-to convention for gaming in Ireland.

Tickets are priced starting at €25 and can be bought here. Let’s just hope they don’t sell too many of them .. (ahem).

Fuel Up Your Engines for PlayersXpo, Ireland?s Ultimate Gaming Event

Let the games begin! Introducing PlayersXpo, coming to the Convention Centre Dublin on Saturday 28th and Sunday 29th of October. Bigger and better than anything Ireland has seen before, this industry-leading gaming experience is set to have fans twitching with excitement. Brought to you by Independent News & Media (INM), this inaugural event will host over 20,000 visitors across two days, featuring all the very best that next generation and retro gaming has to offer.

From blockbuster family fun entertainment to cult classic competitions, PlayersXpo has been designed by gamers for gamers to unite players from various backgrounds all over Ireland with the franchises they love. This interactive event will provide a network of experiences for fans and content creators alike, all coming together to celebrate the true magic of gaming on every conceivable platform.

The latest in video games will be showcased from some of the most celebrated entertainment companies in the world, including Nintendo, Sony and Microsoft, with 4,500 square metres of exhibition space and a 2,000 seat auditorium housing the biggest International stars, along with the best of homegrown Irish talent. Minecrafters will have the opportunity to meet their heroes and get hints and tips at the show, teenagers can challenge their favourite YouTube celebrities and get hands on with this year’s most anticipated titles, while Mum or Dad can join in the fun, at the same time benefiting from helpful internet safety talks and workshops.

Mick Finucane, Creative Director of PlayersXpo, brings a wealth of wisdom as the former co-founder of GameStop Ireland with over 23 years of experience in the video games industry.  An expert in the area, he grew his first video game business from a small unit in the back of a bookstore on an investment of €3,500 to a 60 store chain across Ireland employing over 600 people with a turnover of €60 million, valued in excess of €120 million.

Finucane commented, “We’re delighted to be launching the very first PlayersXpo in Ireland giving families and fans alike a destination occasion for all things gaming. With a long heritage in the industry it’s so important to us as fans first and foremost, that the latest gaming consoles, from the biggest names with the best games will be appearing at PlayersXpo this October!”

Cliona Carroll, Sponsorship and Events Manager Independent News & Media (INM), continued, “INM launched the first games page in a National Paper in 1994, back when Ireland sold more PlayStations per head of population than anywhere else in the world, so we know games and we know gaming – it’s in our DNA. From the biggest International YouTube stars to the Mum or Dad who plays Candy Crush, PlayersXpo will cater for everyone with some great chances to play and win across an action packed weekend of inimitable entertainment.”

From independent developers to gaming legends PlayersXpo promises to be a festival of fun, a symphony of sociability and a celebration of connectivity with line-up and live show details to be announced throughout the summer.

Tickets are available now at www.players.ie priced from €25.00.