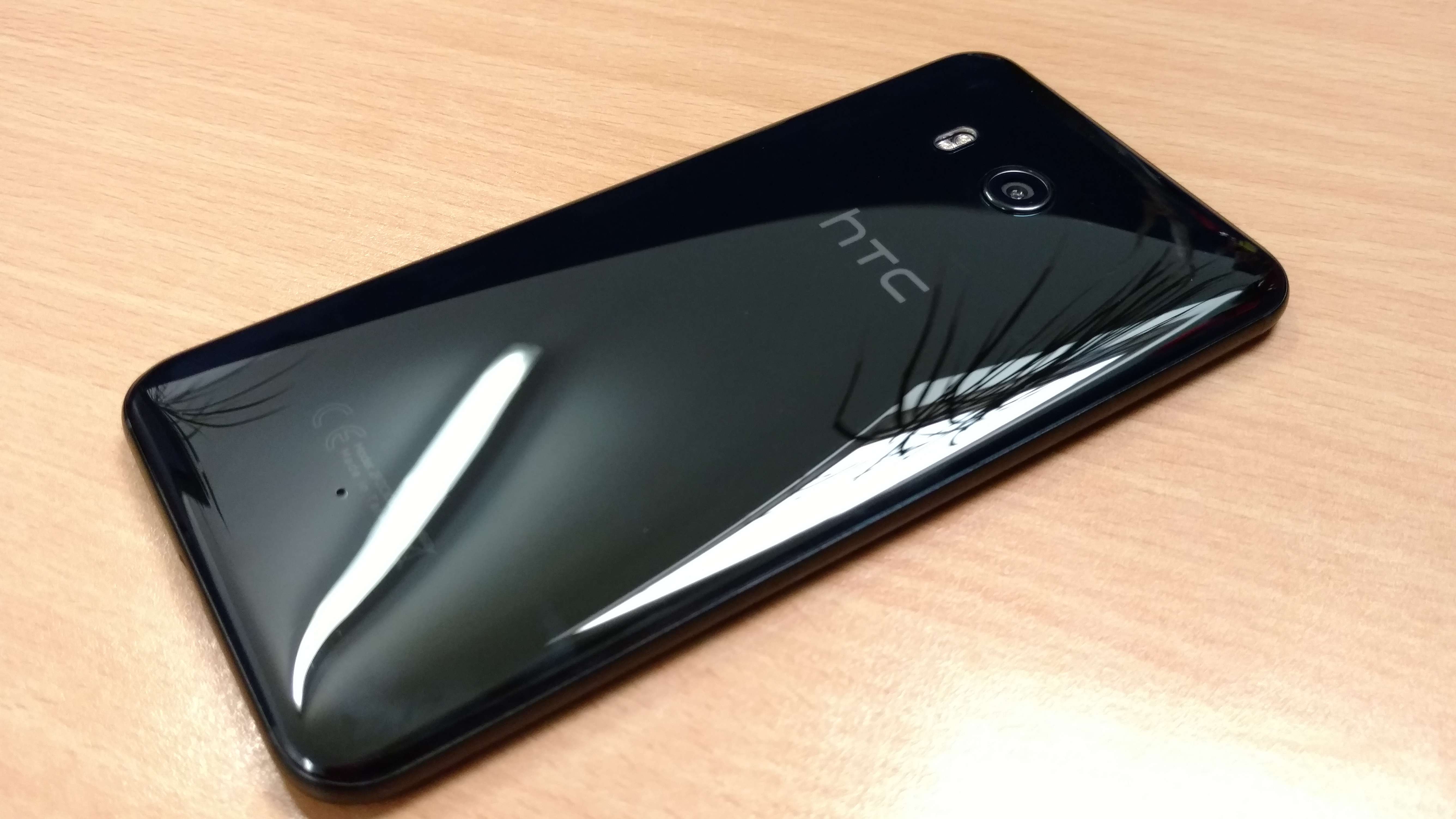 We’re smack-bang in the middle of 2017 and the majority of the smartphone manufacturers have released their latest and greatest offerings into the wild. 2017 is even more significant for one brand in particular and that’s HTC as they’re celebrating their 20th birthday this year. 20 years in the making, HTC’s latest handset can be seen as a culmination of everything the brand has learnt about smartphone manufacturing and design over the past two decades. The HTC U11 is HTC’s flagship device and goes toe to toe with the likes of Samsung’s Galaxy S8 or Sony’s Xperia XZ Premium. Can it take these heavyweights on? Read on to find out what we thought of the HTC U11. 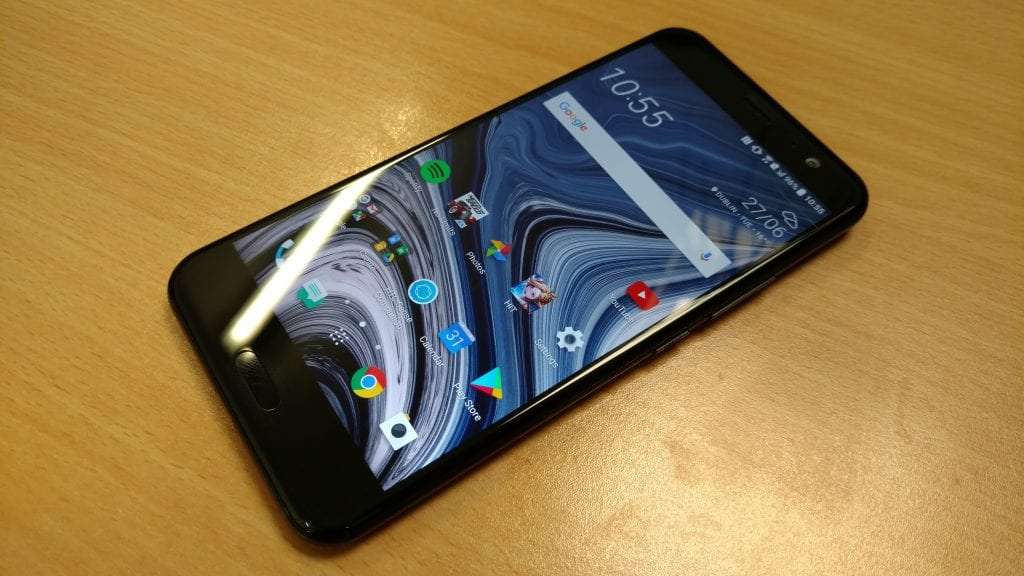 “The way the phone is finished in terms of the colour application and treatment really is gorgeous.”

Like its U Siblings, the HTC U11 carries on the liquid surface design to striking effect. Expectedly and like most other HTC phones, the HTC U11 is extremely well built and feels fantastic in the hand. The phone has a 3D ‘liquid glass’ front, metal edge and glass back. The way the phone is finished in terms of the colour application and treatment really is gorgeous. Unfortunately, until the day comes when manufacturers create a way to repel oil and dirt on glass, this phone is the definition of a fingerprint magnet. Thankfully though, HTC have supplied a cleaning cloth to wipe them away with every HTC U11, nice touch. 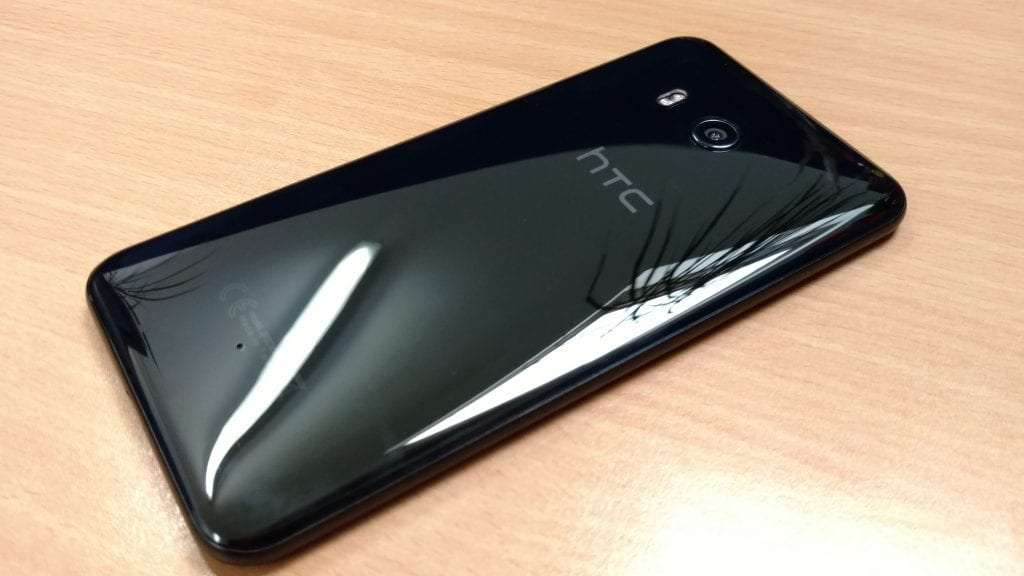 When the HTC U11 was first announced, its major USP was the introduction of what HTC are calling ‘Edge Sense’. This new feature allows you to literally squeeze the edges of the device, either for short or long periods, to launch various, customisable functions of the phone. For example, a single squeeze can launch the camera while a longer one can launch Google’s Assistant. 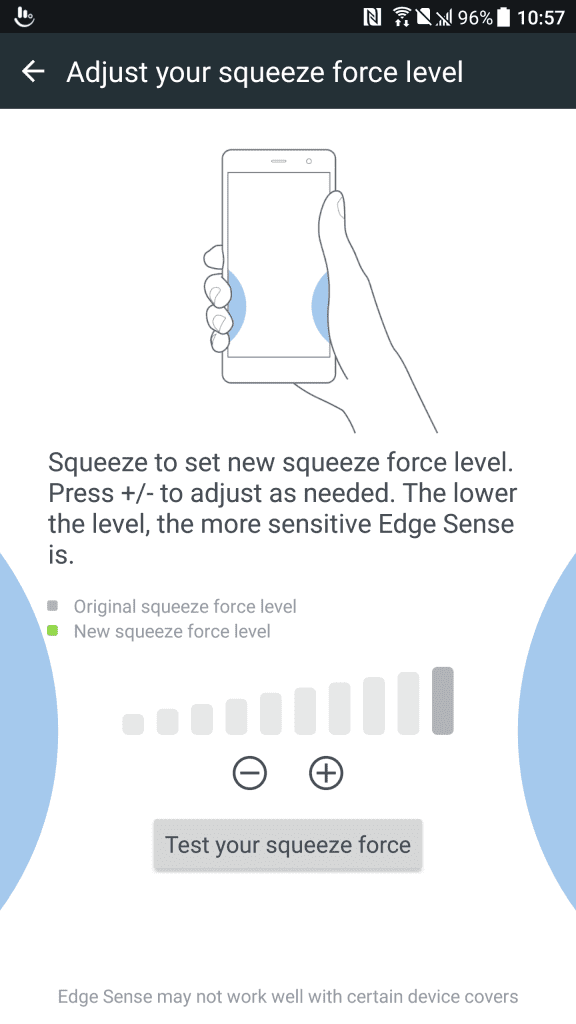 Admittedly, when we first tested this feature at the phone’s launch event, we were slightly sceptical of its usability but now having used the phone for over a week, we found the feature to me more and more useful as the week went on, even to the point where we found ourselves squeezing our non-squeezable phones after we gave the device back.

The HTC U11 is also the company’s first IP67 device which is a great addition given a lot of its competitors are offering similar functionality. Unfortunately, the HTC U11 doesn’t have a headphone jack but HTC have tried to remedy its removal by including extremely impressive U-Sonic headphones that are also noise-cancelling and Hi-Res Audio certified.

These headphones, when connected to the USB Type C port on the bottom of the device can also perform a personalised audio check of your ear channels to tune the music and audio play back to suit you specifically. Using the feature, we definitely noticed an improvement to the audio and music we were listening to so HTC must be commended for including such sophisticated headphones with every U11. They’ve also included a USB Type C to 3.5mm headphone jack adaptor for those who really must use their own headphones. 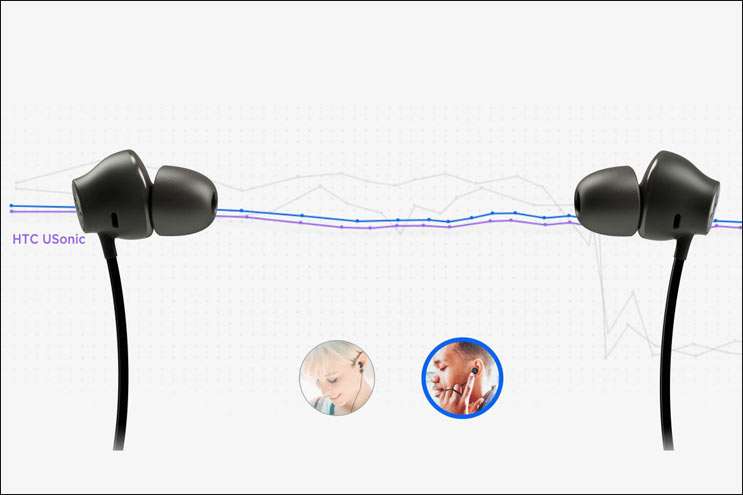 The HTC U11’s screen is a 5.5” QHD LCD5 display with a pixel density of 534. This screen is up there with the rest of them in terms of resolution and brightness but we do wish it was an AMOLED panel even if the black levels of this LCD panel are very impressive.

HTC has always been known for their speaker(s) offering on their handsets and the HTC U11 really raises the bar. The device packs built-in DAC with HTC BoomSound Hi-Fi which, similar to the HTC 10, uses both a downward firing bass-like speaker and front facing tweeter-like speaker. For the U11, HTC have stepped things up a notch though and have structured the audio channels in such a way that the empty spaces within the device are used to create even deeper levels of bass and reverberation. They’re basically using the whole phone body as a resonation chamber and the results are fantastic.

“…more than enough horsepower for the phone to carry out a multitude of tasks without breaking a sweat.”

The HTC U11 is powered by the latest Qualcomm Snapdragon 835 processor and 4GB RAM. Understandably, this is more than enough horsepower for the phone to carry out a multitude of tasks without breaking a sweat. In its more recent phones, HTC has become an advocate for using an extremely stripped back version of their Sense UI and the U11 doesn’t break from this trend. The U11 has almost stock Android running on the device with a couple of HTC tweaks to make the experience that much more intuitive.

Running on Android 7.1.1, users also have the inclusion of Google Assistant along with HTC’s own AI Sense Companion. Being honest, we were more in favour to use Google’s offering given how much we’re tied into that particular ecosystem but HTC’s own service did recommend and highlight some relevant info at times which we found helpful. Next month, HTC’s U11 will also be introducing Amazon’s Alexa assistant onto the phone making it the 1st phone in the world to offer 3 AI assistants running concurrently on one smartphone.

“…the HTC U11 has one of the best smartphone cameras we’ve ever used.”

Now this is where HTC really have struggled in the past, devices like their HTC One M9 really didn’t impress when it launched even though it was packing a 20MP sensor so, taking from what they learnt in the much improved HTC 10 from last year, the HTC U11 has one of the best smartphone cameras we’ve ever used.

Packing a wide selection of the latest and greatest camera features and options, including HTC’s very own ‘Ultra Speed Auto Focus’, OIS and EIS the U11’s main camera really is a dream to use. We were simply blown away by its low light capabilities and its intuitive 3D sound feature for when you’re shooting video and zoom in to record audio from a particular direction. The camera also comes with an ‘HDR Boost Mode’ which basically give you brighter and more balanced images with less noise in low light or bright light scenarios. Below are a few examples of shots we captured with the device. 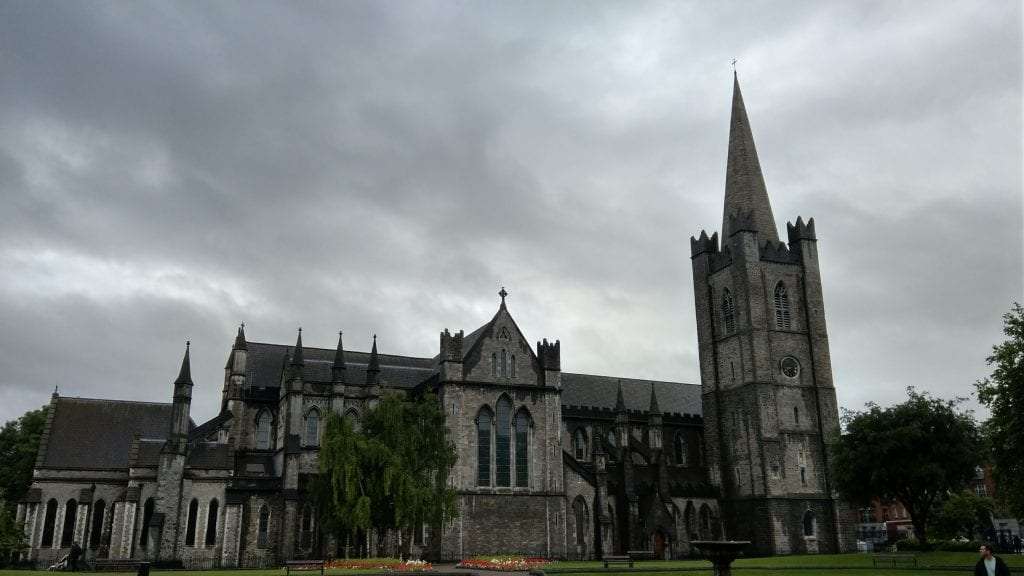 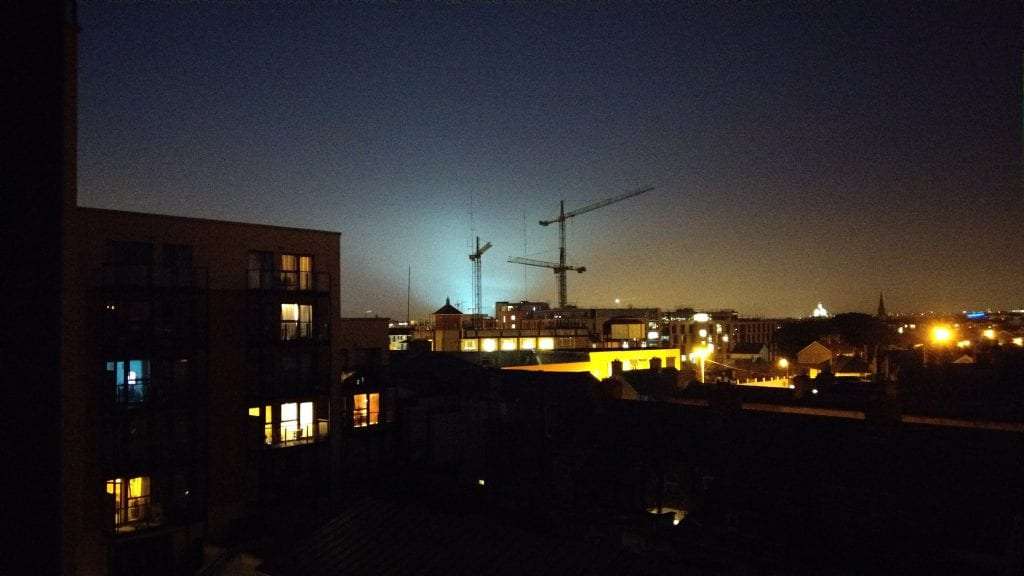 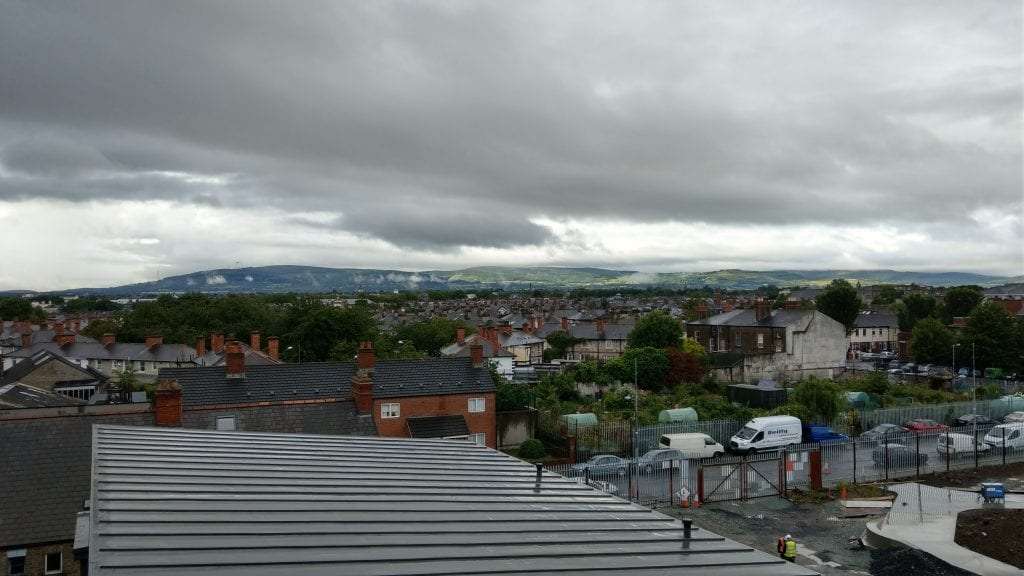 There’s also a more than capable 16MP UltraPixel front facing camera that’s capable of taking 150-degree wide angle selfies but HTC have unfortunately removed the OIS for the front facing camera which we saw in last year’s HTC 10. Even still, we were impressed by what the camera was able to capture, even in low light.

“…we were more than happy with the battery life of this device.”

The HTC U11 is packing a 3000mAh battery which some might fear is slightly on the small side. Having used the phone for a week now, we can say that we were more than happy with the battery life of this device. Even on the days where we used the device quite intensively, thanks to the inclusion of Qualcomm Quick Charge 3.0, we were able to plug the phone in for 15 minutes and get more than enough battery power to last us for the rest of the night.

The HTC U11 is HTC’s best phone to date. Its striking and well built design, class-leading camera and super-powerful insides means it can stand among the best smartphones 2017 has to offer.

The HTC U11 is available to buy at Vodafone, Three Ireland and Tesco Mobile starting from €149.99 on the €60 tariff, and in Meteor in the coming weeks. The Sapphire Blue is available exclusively on the Vodafone network (available at Vodafone and the Carphone Warehouse), while the Brilliant Black will be available on Three Ireland, Tesco Mobile, Meteor and Carphone Warehouse. The HTC U11 can be purchased now, sim free on www.htc.com/ie from €749 and in a range of five colours.